They want what the Germans, French, British and Americans already have: democracy, rule of law, human rights. And they are fighting for it, courageously, tirelessly. Although they live in far-away Hong Kong, their cause is the Western one. They likely won't be able to pull it off alone. But who will help them?

If, to quote the historian Heinrich August Winkler, the "normative project of the West" still existed, Western countries would be expected to provide significant support to the protesters. The French and American revolutionaries of the late 18th century were the first to establish democracy, the rule of law and human rights, even if only partially or temporarily. But it spurred the notion that Western values should be a guiding norm -- both inwardly and outwardly.

But those wishing to assert values outwardly need power -- the hard power of arms and economy and, in this case, also the soft power of being a good role model. The West, though, isn't doing particularly well in either of those areas.

The 19th century was dominated by the British, the 20th largely by the United States. The British back then weren't interested in exporting democracy and human rights, but rather in subjugating peoples to exploit them. That strategy was also successful in parts of China, where Hong Kong became a British colony for over 150 years. The colonialist ambition was referred to as Pax Britannica, even though British conduct had little to do with peace or human rights. The normative project applied only internally, and the United Kingdom became a model democracy.

In the 20th century, the Americans pursued the project externally, first via President Woodrow Wilson in the context of World War I, and then even more successfully after World War II, when democracy was introduced first in Western Europe and then in Eastern Europe. By 2000, a relatively peaceful Pax Americana seemed to apply in large parts of the world.

That was fewer than 20 years ago, but it was a completely different time, another world. Since then, the normative project has failed in Afghanistan, in Iraq and in the Arab Spring, which led the to the Syrian catastrophe. Sometimes the West intervened, sometimes it didn't. The result was almost always horrific. Abu Ghraib and Guantanamo marked the end of America's authority as a role model.

And now, Donald Trump's presence in the White House hasmade everything even worse. It is unclear if this president, who so admires Xi Jinping and Vladimir Putin, his autocratic counterparts from China and Russia, is an adherent of this normative project, whether he actually values democracy, the rule of law and human rights. He has undermined NATO, the West's hard-power organization, and now, there is no leading power that will intervene decisively in support of Western values.

The dream that Angela Merkel could perform the role usually played by an American president has not come true. Her refugee policy temporarily raised the hopes of left-wing liberals in the West. But Germany has too little hard power to take a leading position in the world, and Merkel is more interested in securing exports than in safeguarding Western values, especially when it comes to China. Thus far, she has refrained from criticizing China publicly.

The European Union, a Western soft-power organization, also has little global influence. It lacks troops and, ever since the Brexit vote, cannot be considered a role model for the long-term eradication of nationalism. Which means that the foreign-policy aspect of this 230-year-old project is dead. In its current state, the West is incapable of advancing normative values. In some parts of the world, the West is even laughed at when it mentions such values. Get your own house in order, is the response. And it's not unjustified. In some Western countries, right-wing populism is even threatening to undermine the internal projection of the normative project.

What can be done? Acquiesce to the notion that Pax Sinica -- the Chinese World Order, a system that cares nothing for democracy, the rule of law or human rights -- will emerge as the new norm? Hong Kong could be a harbinger of things to come.

But simply giving up would be a serious mistake. Even those who cannot issue demands command can still engage in promotion. They can still appeal to China's sanity. Things have become too silent in the West in the face of what is happening in Hong Kong. The West may no longer be the guarantor of Western values in the 21st century. But it can be an advocate. 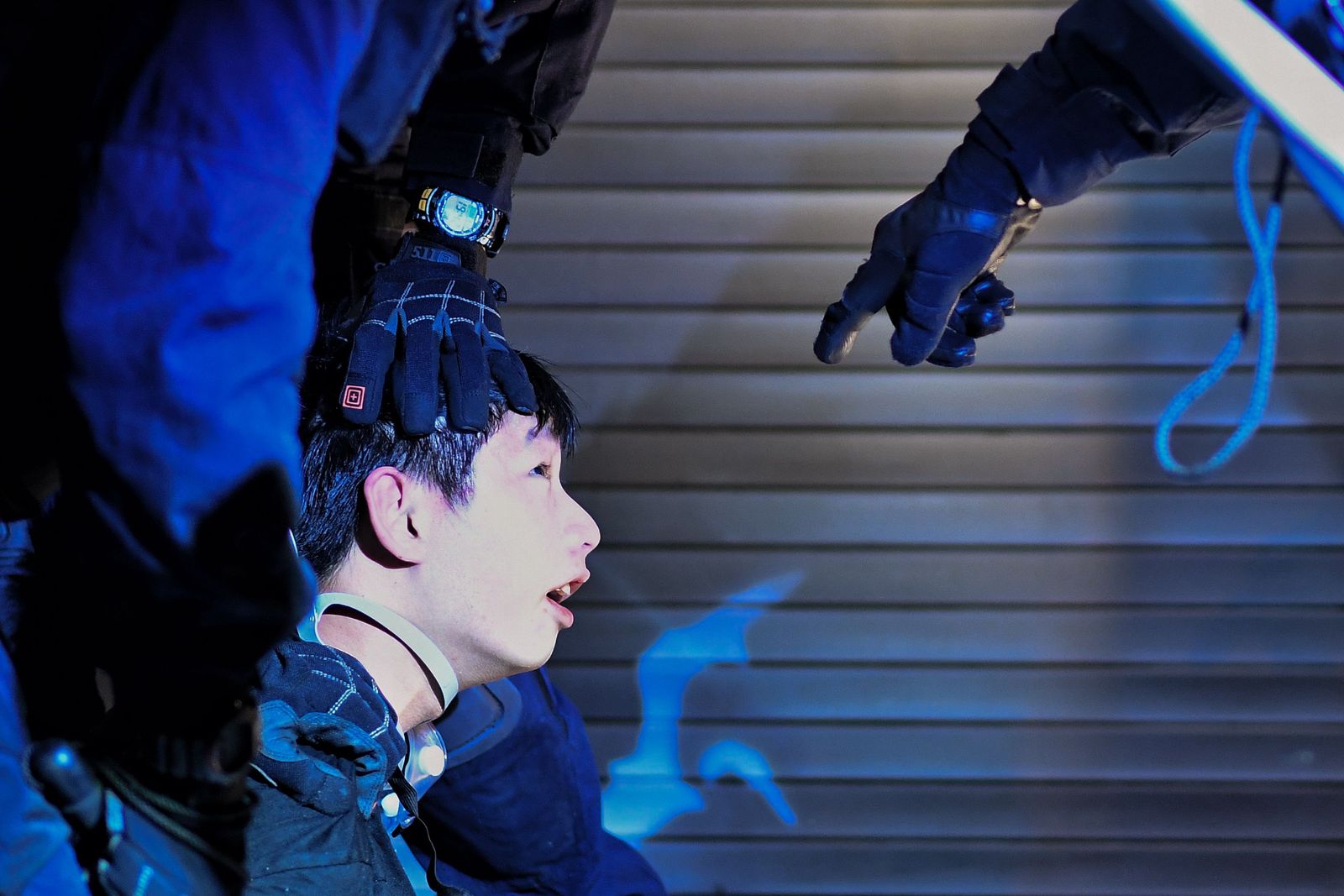 A pro-Democracy protester is held by police in Hong Kong on August 11.