For a brief moment, Russian President Vladimir Putin seemed relaxed, content and proud. During a meeting with the champions from the Russian Olympic team in Sochi, he praised their "triumphal" results: 13 gold medals, 11 silver and 9 bronze. The athletes, Putin said, embodied Russian dignity.

The successful games mean a lot for the self-confidence of a country that was on the brink of disintegration just a decade and a half ago. At the time, just a few hundred kilometers from Sochi, armed separatists in Chechnya had created a gangster republic.

Successors to those rebels are still carrying out attacks in the North Caucasus. But an enormous security effort managed to keep the games in Sochi safe and prevent terrorist attacks. The two-week event was as peaceful as could be and on Sunday, it came to a satisfactory close, with a giant bear blowing out the Olympic torch.

But the torch of instability which is currently being borne aloft in Ukraine is not one that the Russian bear can extinguish.

Last Thursday, Putin spoke at the Kremlin at an event held prior to Defender of the Fatherland Day. His focus was global security, but he didn't explicitly mention Ukraine. Russia, he said, "must not only be vigilant, but also prepared for all developments." Many of his listeners, no doubt, thought of Kiev.

On several occasions in the past year, Putin has made clear just how important Russia's neighbor is to Moscow. At a conference held in Kiev in July 2013, he held a speech focusing on "Orthodox-Slavic values." He paid tribute to "our common forefathers," who, by choosing to adopt Orthodoxy, "made a choice for the entire holy Rus." He mentioned the 17th century unification of Ukraine and Russia.

Putin also spoke of the cultural and economic advances Ukraine made within the czardom and as part of the Soviet Union. No mention was made of the victims of Soviet collectivization: his statements were more focused on the future. The two countries' "shared past" should be the "foundation for the creation of new integral ties." His appeal to Ukraine, Russia's "partner, friend and brother," was clear: The country should not become a partner to the European Union, it should instead join the customs union with Russia, Kazakhstan and Belarus.

At a September 2013 meeting of the Valdai International Discussion Club, which brings together leading Russia experts from around the globe each year, he went even further. Speaking of Russians and Ukrainians, he said: "We are one people." He said the two countries not only had a shared history, mentality and culture but also similar languages.

But the now deposed Ukrainian President Viktor Yanukovych treated Russia like a bride who begins looking for a better match at her own engagement party. And it has become clear that Putin's approach to Ukraine has suffered from the same strategic failing that accelerated the collapse of the Soviet Union: Moscow has made a habit of supporting straw-men in neighboring countries -- corrupt leaders that are ultimately toppled by their own people.

The picture currently being painted by Ukraine experts at the Kremlin is a dark one. Oleksandr Turchinov, the interim Ukrainian president, is considered in Moscow to be a pragmatist, one who seeks a businesslike relationship with Russia. But experts in the Russian capital believe that Ukraine's new political leadership will have difficulties in stabilizing the situation, partially because, in addition to the deep divide running through the country, it is also on the brink of bankruptcy. Russian-speaking provinces in Ukraine's eastern half are worried about the right-wing extremist, Russo-phobic nationalists, whose support is rising rapidly. They already are well represented on the streets of Kiev.

The situation in Kiev reminds historically aware Russians of the revolutionary chaos in 1917-1918, an episode expertly immortalized by author Mikhail Bulgakov in his novel "The White Guard."

The further the Ukrainian state crumbles and the greater the separation becomes between Kiev and eastern and southern Ukraine -- particularly the Crimean Peninsula -- the more intense will be the need among Ukraine's huge Russian population for protection from the "Russian brother" to the east.

Putin and his foreign policy advisors are well aware that these developments increase the risk of a confrontation between Russia and the West. But they are also aware that the current, relatively moderate leadership in Kiev could -- should it display incompetence or, worse, corruption -- easily become the victim of the next revolutionary wave. That wave could very well propel the well-organized ultra-nationalists to power. Their leader, Dmitry Yarosh, received a louder ovation on Independence Square on Saturday than did Yulia Tymoshenko. Moscow noticed.

Russia's Black Sea fleet is located in the Crimean city of Sevastopol, with its majority Russian population. Nobody in Russia would ever forgive Putin were he to allow this city, the fleet and the families of the navy personnel stationed there to fall into the hands of Ukrainian nationalists. The Russian president could soon be faced with the most difficult decision of his life. 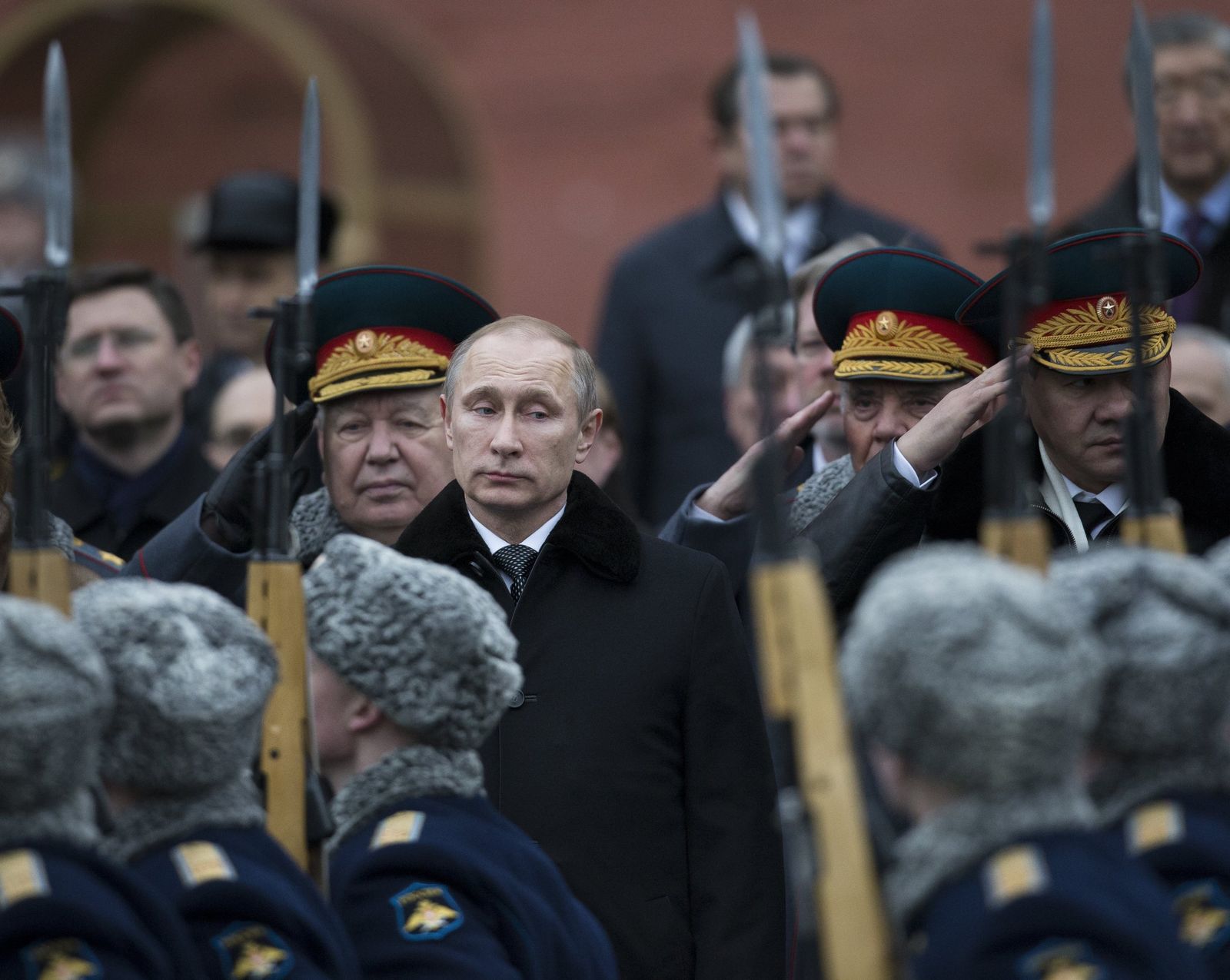 Russian President Vladimir Putin has been put in a tight spot by the events in Ukraine.