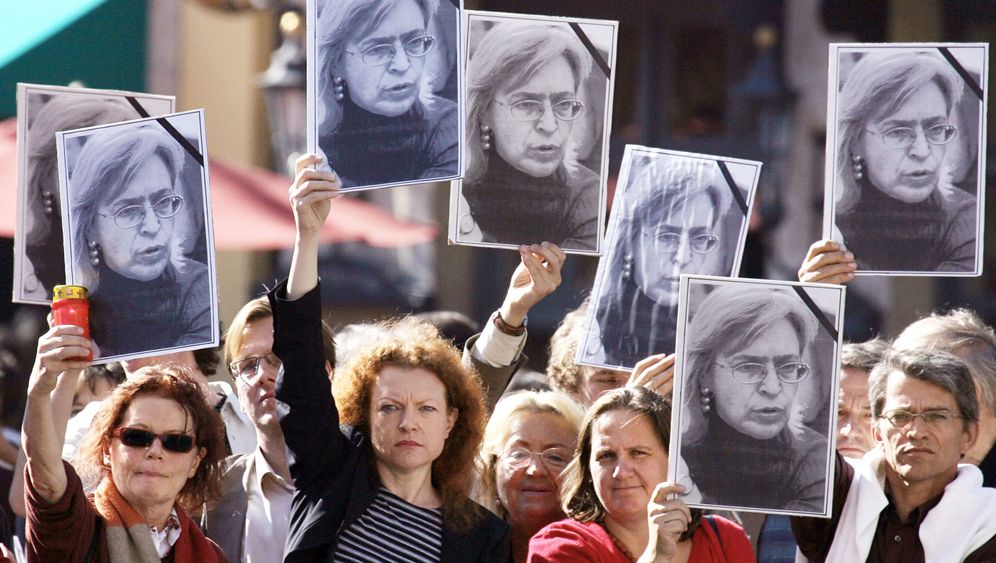 In Moscow, a person who reveals that he was born in Lyubertsy is likely to be regarded with suspicion or greeted with a knowing smile. The drab satellite city southeast of the capital has a reputation not unlike Corleone in Sicily, namely as a mafia stronghold.

In the 1990s, 500 thugs, notorious for armed robbery and dealing in weapons, controlled Lyubertsy's factories and nightclubs. Many of them were bodybuilders. They even had their own song, in which they touted their little city as a "center of rough physical violence." A photo of their leader, Sergei Zaitsev, nicknamed "The Rabbit," still hangs on the wall at the Titan, a local bodybuilding gym. Zaitsev was killed in a shootout in 1993.

Dmitry Pavlyuchenkov grew up in Lyubertsy, between rows of prefabricated buildings and a cosmonaut memorial, and when he chose a profession, it seemed as if he were trying to shake off his hometown's criminal reputation. He became a police officer. He was eventually promoted to lieutenant colonel and placed in charge of a secret department of the municipal office of the interior in Moscow.

Today Pavlyuchenkov, a balding, soft-spoken man, is the key figure in the investigation of the murder of journalist Anna Politkovskaya. He is both the key witness and a co-perpetrator. Pavlyuchenkov is at the center of a web of intrigue consisting of the Chechen mafia, corrupt police officers and shadowy intelligence operatives.

Politkovskaya had documented human rights violations in Chechnya and accused then-President Vladimir Putin of "state terrorism." She was shot to death in front of the elevator in her apartment building on Oct. 7, 2006.

The Dark Side of Putin's Russia

Five years later, the names of the presumed killers are known. A Chechen who allegedly fired the deadly shots was arrested in May, and Pavlyuchenkov's arrest followed in August. It now seems possible that the killers, organizers and middlemen will end up behind bars -- no small feat in a country where most murders of journalists and civil rights activists are never solved.

There has not been sufficient proof to substantiate conspiracy theories that the Kremlin or a shady exiled oligarch was behind the murder. Instead, the trail leads to the Caucasus republic of Chechnya, the realm of the despotic ruler Ramzan Kadyrov.

Politkovskaya's cowardly murder has directed global attention to the dark side of Putin's control of the country: the muzzling of the press and the relationships between law enforcement agencies and organized crime.

Key witness Pavlyuchenkov is a case in point. The members of his special unit drive cars that police officers are never permitted to stop. The personnel department is forbidden from keeping photos and records of these employees. They work in unmarked offices in downtown Moscow, one of which is next door to the Moscow Conservatory.

Charging $100 an Hour for Shady Services

One of the official responsibilities of Pavlyuchenkov's unit was to closely shadow criminals and suspects. In fact, the law enforcement officers also took advantage of their resources and expertise to commit their own crimes. For example, Pavlyuchenkov offered the paid services of his employees to husbands spying on their wives, politicians and businesspeople seeking information about their competitors and even to his friends in the mafia. He charged $100 (€74) per hour.

Apparently the services the unit offered also included contract killings, as in the Politkovskaya case. Investigators have learned that to prepare for the murder, Pavlyuchenkov ordered at least one of his agents to track Politkovskaya and record her habits. He also recruited three Chechens, including the presumed gunman, and he is believed to have obtained the murder weapon, an Izh blank gun, which was converted to live ammunition in an underground workshop at an abandoned rail depot on the outskirts of Moscow.

Interviews with investigators, attorneys and Politkovskaya's journalist colleagues reveal a motive for Pavlyuchenkov's crimes: The lieutenant colonel was a gambling addict and constantly in financial difficulties.

Pavlyuchenkov came from a good family, with an uncle who is considered one of Russia's top neurosurgeons. But he quickly found himself on the wrong path and became addicted to gambling. His first marriage failed. His current girlfriend worked for the FSB, Russia's domestic intelligence agency, in a department headed by Lieutenant Colonel Pavel Ryaguzov, another key figure in the Politkovskaya murder case.

In December 2006, Pavlyuchenkov's girlfriend was seriously injured in a fight in the couple's apartment in Lyubertsy. There are two versions of what happened. Some say that an argument erupted after the couple had invited a male prostitute to the apartment for sex games. Others claim that there was an attacker who had showed up at the apartment to collect debts from Pavlyuchenkov, who often accepted jobs without carrying them out.

Pavlyuchenkov constantly needed more money than he was officially earning. To supplement his income, he wangled retirees and alcoholics into selling him their apartments at low prices and then sold them at a profit. He was a "werewolf in a uniform," as Russians call such corrupt public employees.

Two years ago, judges convicted one of Pavlyuchenkov's employees in Lyubertsy to a long prison sentence. The policeman had beaten a businessman to death and burned the body. Pavlyuchenkov was also investigated, but in the end he was only questioned as a witness.

This was often the case. When a car carrying businessman Gennady Korban came under fire in March 2006, the authorities suspected Pavlyuchenkov as the mastermind. Nevertheless, the police colonel left the court a free man. By testifying against his accomplices, he had gone from being a suspect to a witness.

He was arrested on Aug. 23, amid mounting evidence that Pavlyuchenkov, initially a witness in the Politkovskaya murder case, was in fact one of the perpetrators. Once again, he apparently managed to strike a deal with prosecutors. He hopes to be sentenced to eight years instead of life in prison. Prosecutors have already promised him a special trial closed to the public. Instead of being treated as the mastermind of the murder, he is suddenly only an accomplice.

This has fueled speculation that Pavlyuchenkov might have powerful friends in the background, or that he was working as both a police officer and an intelligence agent. Pavlyuchenkov is the only defendant who is talking. Because he is determined to do everything in his power to obtain a light sentence, the attorney for Politkovskaya's children, Ilya, 33, and Vera, 31, fears that the officer could become a compliant tool for a judiciary controlled by the government.

The respected Moscow daily newspaper Kommersant is already claiming that Pavlyuchenkov has accused Boris Berezovsky, a Russian oligarch living in exile in London who is one of Putin's archenemies, of being behind the killing. Politkovskaya was murdered on Putin's 54th birthday. In Russia, a country with a penchant for conspiracy theories, many see this as a sign that Berezovsky had the reporter murdered to discredit Putin at home and abroad, a charge Berezovsky denies.

The facts that have been revealed to date also tend to point to a trail within Russia. The fates of the four Chechens suspected of involvement in the Politkovskaya murder come together some 1,500 kilometers (932 miles) south of Moscow.

'The Intelligence Services Have Politkovskaya on Their Conscience'

Achkhoy-Martan, a drab little city of 20,000 people, lies at the foot of the Greater Caucasus mountain range, in a region where the Chechen flatlands gradually give way to the hard-to-control mountains. In the first Chechen war, underground fighters roamed the forests of the region. Bamut, a stronghold of the rebels who were seeking independence at the time, is only eight kilometers away.

Achkhoy-Martan is the home of the three Makhmudov brothers: Rustam, the presumed shooter, and Dzhabrail and Ibrahim, who allegedly kept watch. The brothers' car, a green Lada with broken windshield wipers, was filmed by a bank's surveillance camera near Politkovskaya's apartment on the day of the murder. On May 31 of this year, Rustam Makhmudov was arrested at his parents' house, a trim, red brick building in Achkhoy-Martan. His brother Dzhabrail insists: "We are all innocent. The intelligence services have Politkovskaya on their conscience."

Rustam's uncle, Lom-Ali Gaitukayev, also grew up in Achkhoy-Martan before embarking on a career of crime with the so-called "Lasagna Mafia," named after a restaurant in Moscow's historic district. The gang committed bombing attacks and murdered dozens of people in the Russian capital in the early 1990s. Former and active agents with the FSB were also involved in these crimes.

Gaitukayev, also an informant for the FSB, brags that he helped the Moscow-based domestic intelligence agency kill Chechen terrorist Shamil Basayev. He is in prison for the 2006 attack on businessman Korban, in which Pavlyuchenkov played a dubious role. A Russian newspaper, quoting the investigation files, reports that while in prison Basayev hired Pavlyuchenkov to handle the Politkovskaya killing by "October 7th at the latest, preferably exactly on the 7th" -- in other words, Putin's birthday.

Passenger lists show that Gaitukayev flew to Chechnya with FSB officer Ryaguzov. Apparently Ryaguzov also traveled with the presumed killer, Rustam Makhmudov. Ryaguzov, Pavlyuchenkov and a former police officer often met in restaurants near the Lubyanka, the FSB headquarters building. Two of their favorites were the Shesh-Besh and the café in the basement of the Hotel Sverchkov. The café is only 300 meters (980 feet) from the offices of the Novaya Gazeta newspaper, where Politkovskaya worked.

After his arrest in August 2007, Lieutenant Colonel Ryaguzov admitted that he had obtained the journalist's home address from an intelligence database for a middleman. He later revoked his statement. He was released and is still on the FSB's payroll today.

In a country with an independent judiciary and a vital democracy, ties between the criminal underworld and law enforcement agencies would have led to hearings before parliamentary subcommittees, public protests and high-level resignations. In Russia, however, even many investigative journalists and most opposition politicians are too afraid to speak out about the Politkovskaya murder.

Thanks to the research done by Novaya Gazeta, the case is now being revisited in a second trial. It is clear that a single killer could not have been behind the murder. It was too carefully and professionally prepared for that. It is unclear, however, who exactly hired whom. Did Russian intelligence agents hire the Chechen mafia, or did the mafia hire the intelligence agents? The identity of the person who ordered the killing also remains a mystery.

The Chechen trail peters out in Achkhoy-Martan, where a poster sings the praises of the autocratic Kadyrov. Politkovskaya had accused him of committing torture and murder. In 2006, she called him a "coward armed to the teeth."

No one seems eager to examine the possible connections between Kadyrov's men and the mafia group in Achkhoy-Martan, which prepared the murder together with Lieutenant Colonel Pavlyuchenkov. Even Novaya Gazeta isn't sending its Caucasus expects to Chechnya anymore to look into the case. "Since my mother died, Chechnya has been a blank spot on the map," says Politkovskaya's son Ilya. "No one dares to report from there anymore." 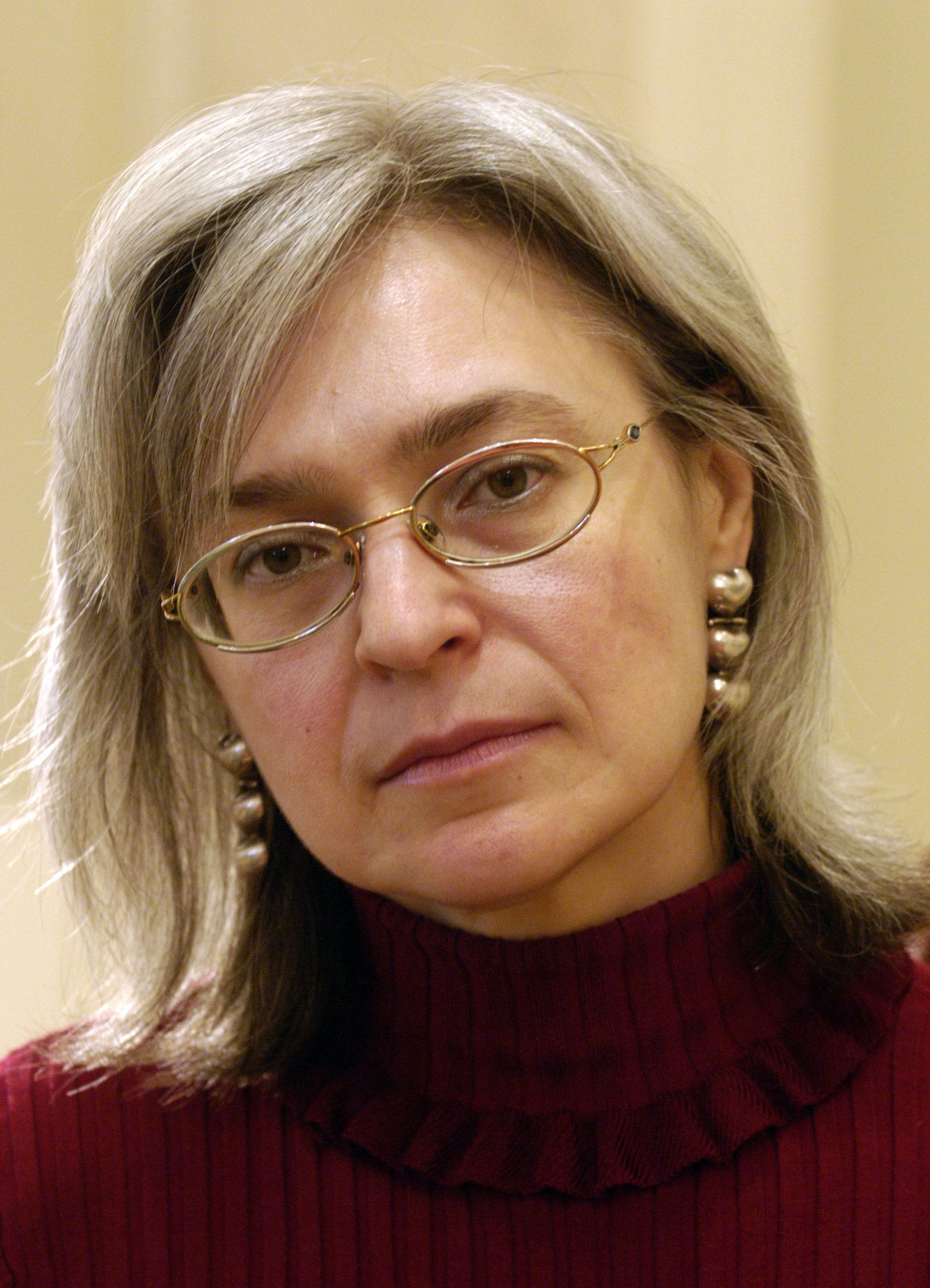