There aren't many Americans who are welcomed with open arms when they land in Moscow. Neither US President Barack Obama nor Secretary of State John Kerry is among them. But Russians over the weekend became positively giddy when the media reported that NSA informant Edward Snowden had left Hong Kong on board a plane bound for Moscow.

"Mr. Snowden, stay in Russia!" tweeted Robert Schlegel, a member of Russia's parliament, the Duma. Formerly, Schlegel was spokesman for the pro-Kremlin youth group Nashi, which is notorious for its aggression toward foreign diplomats. "Cool that Snowden has decided to fly to Russia," Schlegel continued. "I hope he stays in Moscow."

Snowden's presence in Russia as a political refugee, however brief it is likely to be, is like manna from heaven for Moscow's anti-American rhetoric. The Kremlin, while insisting on Monday that it was unaware of any contact between Snowden and Russian authorities, is tired of constantly being lectured by the West on press freedoms and human rights. Snowden now provides Moscow an opportunity to turn the tables. Moscow can present itself as the protector of a whistleblower who challenged America's powerful secret service and won fans around the globe by doing so.

Alexei Pushkov, head of the Foreign Affairs Committee in the Duma and a Kremlin ally, seemed to confirm on Monday the widespread perception that Russia hopes to profit from Snowden's visit. "Ties are in a rather complicated phase," he said of Russian-American relations, Reuters reported. "And when ties are in such a phase, when one country undertakes hostile action against another, why should the United States expect restraint and understanding from Russia?"

'A Lot of Responsibility'

Snowden was initially expected to fly onward to Cuba on Monday, rendering speculation moot that Russia could offer him asylum. But according to media reports, he was not on the 2 p.m. flight from Moscow to Havana. Pushkov said, however, that it wasn't likely that Moscow would grant him asylum, despite previous indications to the contrary. Russian news agencies had reported on Sunday, citing employees of the Russian airline Aeroflot, that Snowden intended to fly onward from Cuba, possibly to Venezuela.

The foreign minister of Ecuador, however, said on Monday that the country was currently looking at an asylum request from Snowden and suggested that it could be the final destination of the NSA informant's journey. "We are analyzing it with a lot of responsibility," Ecuadorian Foreign Minister Ricardo Patino told reporters in Vietnam, which he is currently visiting.

Ecuador has already provided amnesty to WikiLeaks founder Julian Assange, who has been stuck at the country's embassy in London since last year. Britain has said it intends to extradite Assange to Sweden, where he is wanted for questioning in a sexual harrassment case. Assange, for his part, professes to believe that Sweden intends to hand him over to the US in connection with his having made hundreds of thousands of secret diplomatic cables public in 2010.

Indeed, Snowden is being accompanied by WikiLeaks lawyers, according to the web platform. WikiLeaks officials said that Snowden had asked for assistance. The group said that Snowden was headed for Ecuador "via a safe route for the purposes of asylum and is being escorted by diplomats and legal advisers from WikiLeaks."

Snowden landed in Russia on Sunday afternoon, just after 3 p.m. CET. The Kremlin expressed surprise at Snowden's travel plans and his arrival in the Russian capital, according to spokesman Dmitry Peskov. "Overall, we have no information about him," Peskov said. The Russian government, however, still owns a majority stake in Aeroflot, casting doubt on such assertions.

That China wanted to rid itself of Snowden, who had been staying in Hong Kong prior to flying to Russia, while Moscow has welcomed him comes as no surprise to Dmitry Trenin, an analyst from the Carnegie Center in Moscow. "The Snowden case shows the difference between Chinese and Russian approaches to the US. Beijing shies away from conflict while Moscow welcomes it," he says.

That became obvious in 2012 when Russia's state-funded English-language television network Russia Today gave Wikileaks-founder Assange his own talkshow even as Washington had issued a warrant for his arrest.

Moscow's enthusiasm for dissidents and whistleblowers is, however, strictly reserved for critics attacking Western governments and their agencies. Journalist and environmentalist Grigory Pasko, who uncovered the fact that Russia's Pacific Fleet was dumping nuclear waste into the ocean, was sentenced to four years in prison in 2001 on charges of treason and espionage.


As a result, the number of whistleblowers in the country is limited. In 2011, narcotics officer Alexey Dymovsky was sent to prison for 42 days after revealing corruption within the Russian police force via YouTube. In early 2011, court clerk Natalia Vasilyeva revealed that the judge in the second trial against oligarch and Putin-critic Mikhail Khodorkovsky had not written the verdict himself, but had merely followed orders from above.

The situation for whistleblowers has not improved since then. At the end of 2012, the Duma strengthened laws for treason. According to the new law, Russians who work together with an international organization face up to four years in prison should that organization be seen as being engaged in "activities contrary to Russian security."

Snowden arrived in Russia without a valid visa, meaning that he will have to wait for his onward flight in the transit area of the Sheremetyevo Airport in Moscow. He is likely to be welcomed there by the cameras of Russian state television. Lawmaker Robert Schlegel wondered over Twitter whether Russia Today planned on visiting with Snowden during his stay in the capital. "You can bet on it," came the prompt response from editor-in-chief Margarita Simonyan.

Editors' Note: This article was updated to reflect the fact that Snowden did not fly to Cuba as expected on Monday. 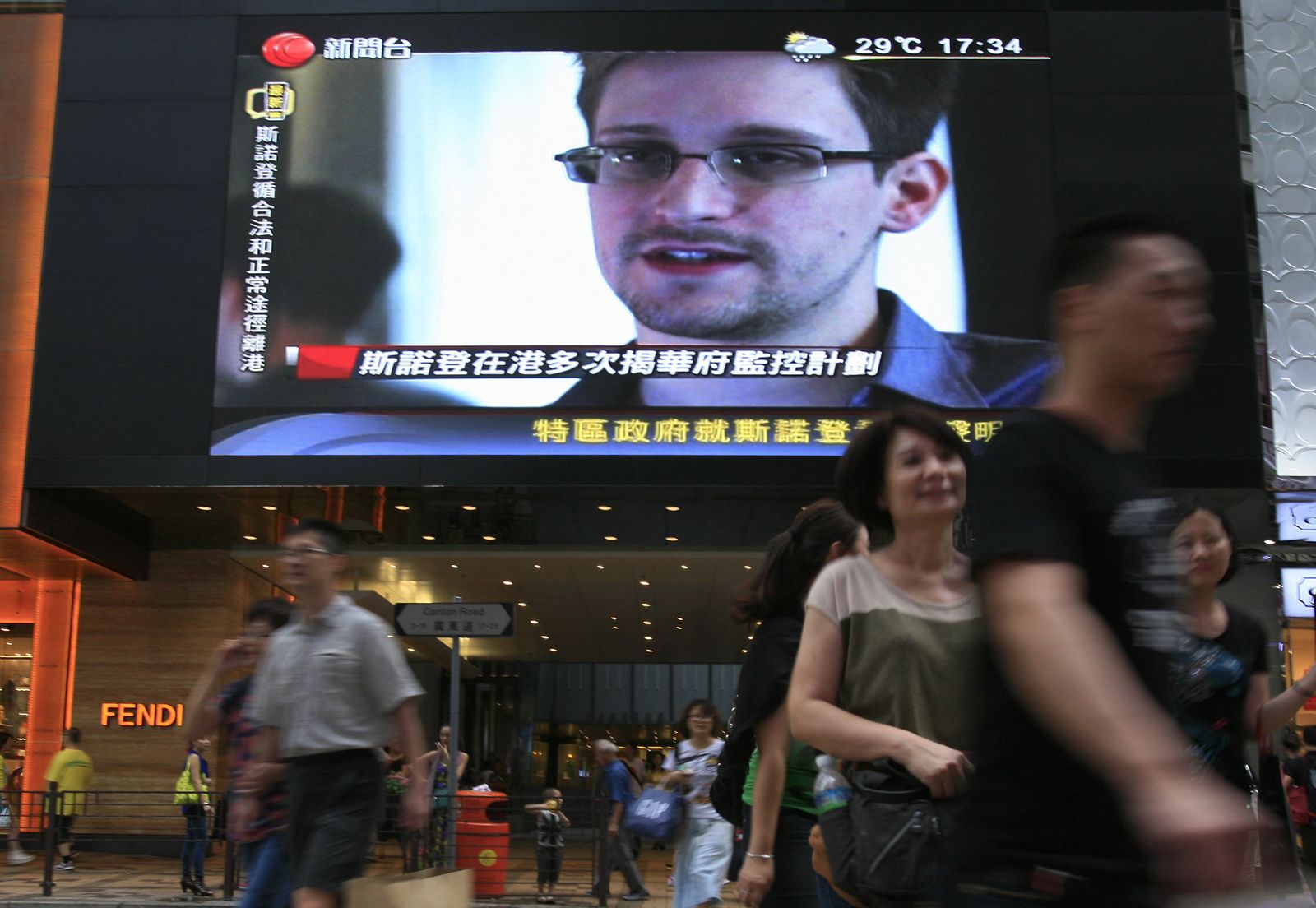 Edward Snowden is currently in Moscow on his way to Cuba and, perhaps, Ecuador.