Russian officials confirmed receipt of a request by whistleblower Edward Snowden for temporary asylum. And Snowden's lawyer, Anatoly Kucherena, also confirmed to a reporter with Russia's Interfax news agency that the 30-year-old had signed the request and handed it in to a Federal Migration Service representative at Moscow's Sheremtevyo International Airport.

One day earlier, Russian President Vladimir Putin had reiterated his offer of asylum for the whistleblower, which he said still applied. But he also warned: "He is familiar with the conditions of granting political asylum, and judging by the latest statements, is shifting his position. The situation is not clear now." Putin has already made clear several times that Snowden would be granted asylum if he pledged to "stop his work aimed at harming our American partners."

Snowden, who has been charged with espionage in the United States, has been holed up at Sheremetyevo Airport for more than three weeks now because the US revoked his passport and he has no travel papers. Putin himself acknowledged Monday that the US had effectively "trapped" Snowden in Russia and that he shouldn't remain in the country any longer than he needs to.

Last week Snowden announced his intention to apply for temporary asylum in Moscow as he awaits safe passage to Latin America. Governments in Western Europe have so far hindered his ability to do so. He said he would be "requesting asylum in Russia until such time as ... my legal travel is permitted." The IT specialist had officially been offered political asylum in Bolivia, Venezuela and Nicaragua. But it remains unclear whether it is possible for him to get to Latin America under his present circumstances. 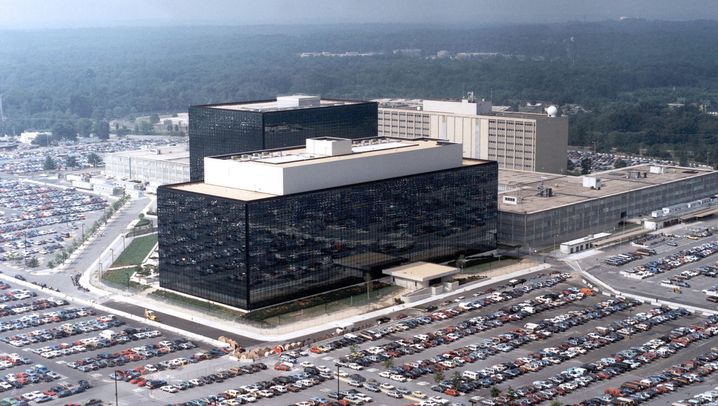 Meanwhile, Guardian journalist Glenn Greenwald has announced that Snowden still has a lot more explosive material that would be "harmful to the US government, as they perceive their own interests." Greenwald told the Associated Press that Snowden has "literally thousands of documents" that read like an "instruction manual for how the NSA is built." But Greenwald said he personally believes "the documents would not prove harmful to Americans or their national security, but that Snowden has insisted they not be made public." He said the documents have been encrypted in order to ensure their safekeeping.

Snowden, a former contractor for the NSA, has leaked a series of documents about the mass surveillance programs conducted by the US and Britain. SPIEGEL itself reported on documents indicating that, in Germany alone, half a billion telephone calls, emails and mobile phone text messages are monitored every month. The revelations have sparked a serious political debate in Germany about whether or not Chancellor Angela Merkel or her government had been aware of the spying. Opposition politicians are seeking to make the scandal a major issue in the run-up to national elections on Sept. 22.

On Friday, German Interior Minister Hans-Peter Friedrich traveled to Washington in an effort to quiet critics who argued the government had responded too slowly. But many were critical of his trip, saying he was given little information and came across like an obedient school boy. Speaking Monday, Friedrich told public broadcaster ARD it had been a "successful trip." he said that an investigative process has been initiated in the US and that he had been able to obtain "some information" about the kinds of data the NSA is collecting.

But on both ARD and in another interview, he had to concede that the German government doesn't expect to be given a full overview of the entire scope of US activities anytime soon. When asked how much data the Americans are collecting in total, he answered, "We still don't know that today."

Responding to criticism of numbers he stated over the weekend about American claims of foiled terror plots, he also admitted, "It is relatively difficult to count the number of terror attacks that didn't occur. We are provided with tips, but we don't know where these tips come from." When the US says that tips that foiled five terrorist attacks in Germany originated from the Prism spying program, "then we just have to accept them as they are," Friedrich said. "But perhaps there were more (planned) attacks, perhaps there were fewer."

One day earlier, Friedrich had come under fire for revising figures regarding prevented terror attacks. Just after his visit to the US, he spoke of 45 possible terrorist attacks that had been hindered through the Prism spying program, of which five were to have happened in Germany. But later the minister spoke merely of two foiled plots.

On Tuesday, Friedrich spoke about the spying scandal before the parliament's oversight committee monitoring German intelligence activities. After the meeting, he said he would push for stronger EU regulations on providing the data of EU citizens to third parties. He said requirements should be in place for all companies, including Internet firms, any time they pass data from EU citizens to non-European entities. He said he would urge that these additions be made to the planned refoms of European data protection regulation at the next meeting of EU justice and interior ministers.

In the parliamentary oversight committee meeting, Friedrich also sought to deflect growing pressure on the government, arguing that German citizens need to take greater responsibility for their own data. The minister told the committee that more attention needs to be paid to encryption technology and to virus protection software. The technological possibilities to spy already exist now, he said, and that's why they are being used.

But his appearance before the committee is already drawing criticism from the opposition, who are trying to place Chancellor Angela Merkel and her Christian Democrats under greater pressure. "The chancellor needs to appear before the people and she has to protect their civil rights," said Thomas Oppermann, the chairman of the oversight committee and a member of the opposition Social Democratic Party.

He accused the government of not doing enough to clarify the matter. Over the weekend, the US government agreed to declassify some documents in order to provide additional clarification. But Oppermann warned that the procedures for declassifying documents were complicated and could be used to buy time. In the end, the SPD politician warned, if declassification happened at all it would likely happen after German national elections in September. "We won't accept that," he said.

A decision on whether or not the oversight committee will call on Merkel to appear is first expected at its next meeting, which isn't officially planned until August 19. But Oppermann said it was likely the meeting would be moved to an earlier date in response to the spying affair. 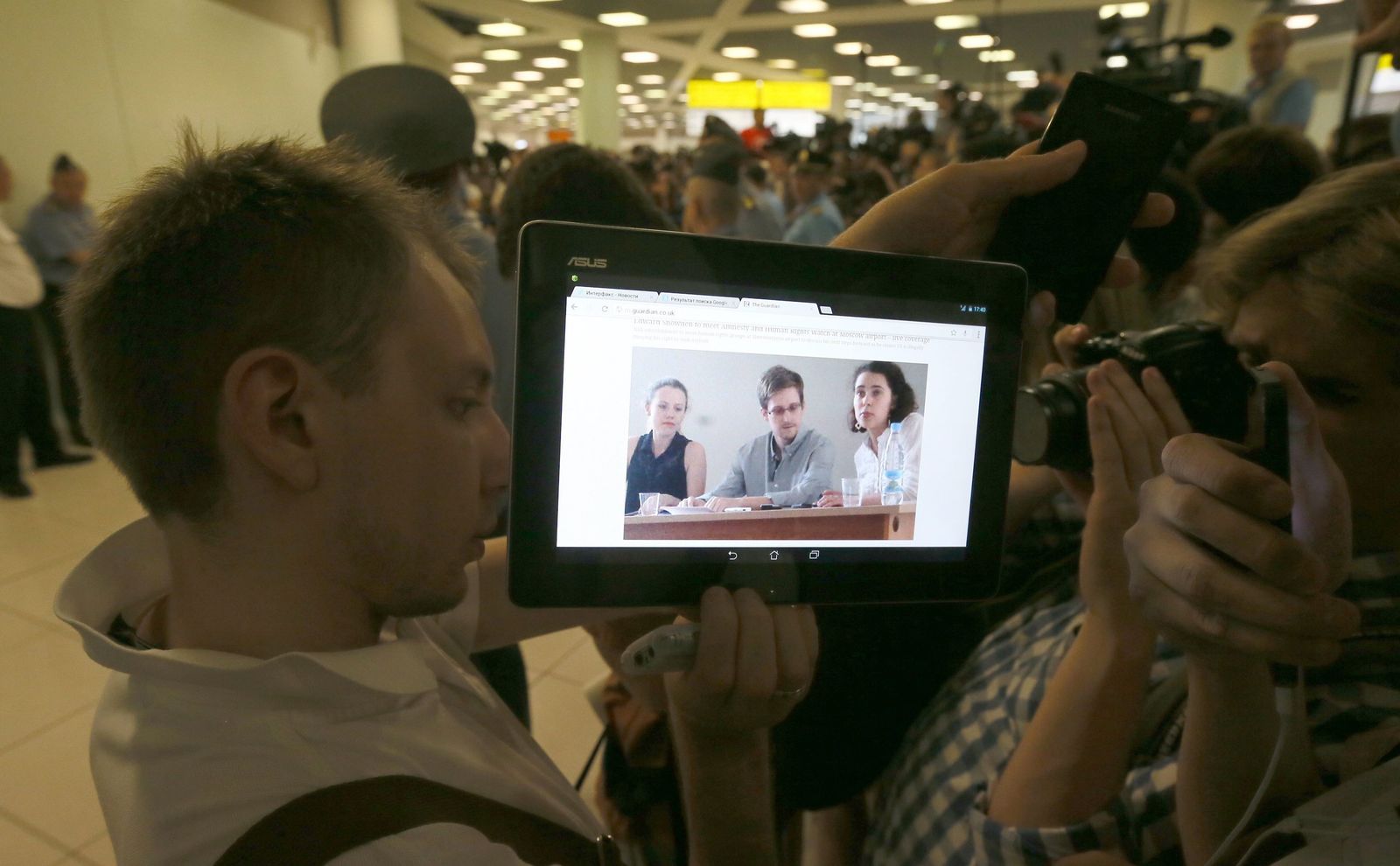 A journalist holds an iPad with an image of Edward Snowden during the whistleblower's press conference with human rights activists.