The 28-year-old Somali who is charged with attempting to kill the Danish cartoonist Kurt Westergaard and the man suspected of being the suicide bomber who killed some 24 people in Mogadishu several weeks ago were in Sweden together last year, according to the Swedish newspaper Expressen.

The Somali believed to have been the Mogadishu bomber, who killed three government ministers in the attack on a graduation ceremony on Dec. 3, is also thought to have lived in Denmark for some time.

The Expressen report, citing sources in the Somali community in Sweden, says the two men were in the country to collect money for Somalia's al-Shabab organization, which controls much of southern Somalia.

Suicide bombings have become increasingly frequent in Somalia, where the weak central government only controls a small section of the capital. There are concerns that al-Qaida could be gaining a foothold in the lawless country, where piracy has also flourished.

The focus has been on young Danish Somalis after an ax-wielding Somali man broke into the house of Westergaard, who has lived under police protections since his caricature of the Muslim Prophet Muhammad was published in the Danish newspaper Jyllands-Posten in September 2005. His caricature, depicting the Prophet with a bomb in his turban, was one of a dozen cartoons that provoked riots and protests throughout the Muslim world.

However, Sweden also has its own problems with young ethnic Somalis who appear to be drawn to terrorist activities.

"Throughout 2009 we have raised the issue of Swedes going to Somalia to training camps. Of these, several have been found dead after violent episodes. There are currently about 10 Swedes in Somalia," Peter says.

SÄPO has previously warned that young Swedes in Somalia could take part in terrorist attacks "in the near future." 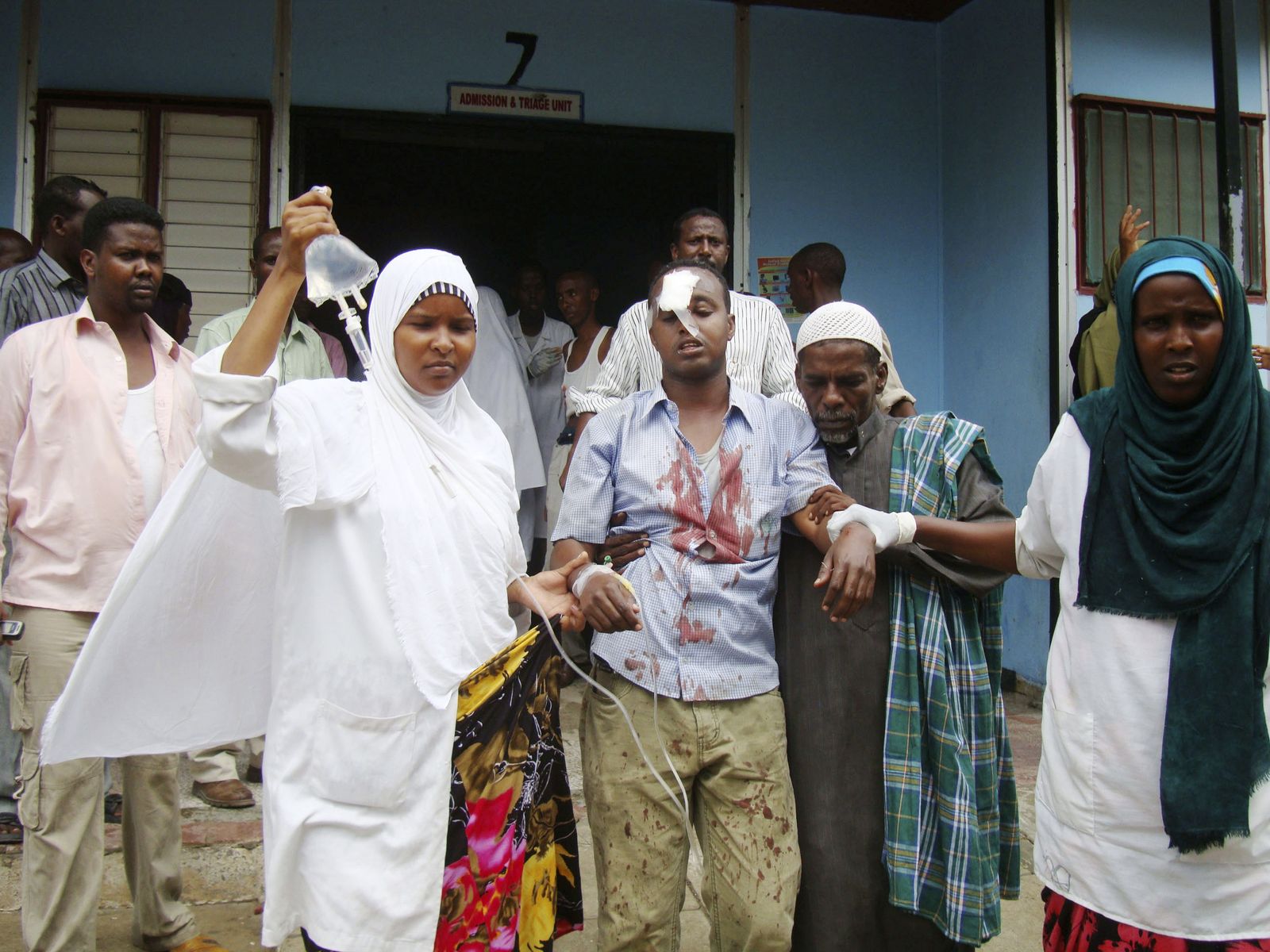 A Somali journalist wounded in the explosion at Hotel Shamo in Mogadishu Dec. 3, 2009.