In order to understand Vladimir Putin, you have to listen to him. You have to read what he wants. More importantly, though, you have to see what it is that he is seeking to prevent. Often, a politician's fears and aversions can be more telling than his or her plans and promises.

So what is it that drives Putin? The central theme of all his speeches is the fear of encirclement -- the threat represented by powers that want to keep the Russian people down because they fear its inner strength. "They are constantly trying to sweep us into a corner because we have an independent position, because we maintain it and because we call things like they are and do not engage in hypocrisy," he said in a March 18 speech before the Duma. In a television interview in April, he said: "There are enough forces in the world that are afraid of our strength, 'our hugeness,' as one of our sovereigns said. So they seek to divide us into parts."

A Threat to the Russian Soul

There remains a tendency to view the Kremlin's foreign policy primarily from a geopolitical perspective -- namely that the country is seeking to recover some of the territory it lost when the Soviet Union dissolved. But when Putin speaks of the enemy of the Russian people, he is speaking about something deeper and more basic. The forces against which he has declared war are not only seeking to expand their influence further and further into the East -- they are also going after the Russian soul. That's what he means when he says that Russia must put up a fight against the West.

But what's at the heart of this soul? Putin has provided some insights here as well. "It seems to me that the Russian person or, on a broader scale, a person of the Russian world, primarily thinks about his or her highest moral designation, some highest moral truths," he said in the interview. In contrast to this is a West that is fixated on personal success and prosperity or, as Putin states, the "inner self." In the view of its president, the battle Russia is waging is ideological in nature. It is a fight against the superficiality of materialism, against the decline in values, against the feminization and effeminacy of society -- and against the dissolution of all traditional bonds that are part of that development. In short, against everything "un-Russian."

Even today, many are having trouble recognizing the true nature of a man who is currently in the process of turning the European peace order on its head. Perhaps we don't have the courage to make the right comparisons because they remind us of an era that we thought we had put behind us. Within Germany's Left Party and parts of the center-left Social Democrats, Putin is still viewed as a man molded in the tradition of the Soviet party leader, who stood for an idealized version of Socialism. The old knee-jerk sense of solidarity is still there. It is based on a misunderstanding, though, because Putin isn't post-communist. He's post-fascist.

A search for the right historical analogy should focus on the events of Rome in 1919 rather than Sarajevo in 1914. It won't take long for those who step inside the world of echo chambers and metaphors that color Putin's thinking to identify traits that were also present at the birth of fascism. There's Putin's cult of the body, the lofty rhetoric of self-assertion, the denigration of his opponents as degenerates, his contempt for democracy and Western parliamentarianism, his exaggerated nationalism.

Enemies of freedom on the far right in Europe sensed the changing political climate early on. They immediately understood that, in Putin, someone is speaking who shares their obsessions and aversions. Putin reciprocates by acknowledging these like-minded individuals. "As for the rethinking of values in European countries, yes, I agree that we are witnessing this process," he told his television interviewer last Thursday, pointing to Victor Orban's victory in Hungary and the success of Marine Le Pen in France. It was the only positive thing he had to say in the entirety of a four-hour interview.

An Historic Mission for the Russian People

When they were first introduced one year ago, people also failed to recognize the true meaning of Russia's new anti-gay laws. But today it is clear that it marked the emergence of the new Russia. What began with an anti-gay law is now continuing at another level: The logical progression of the belief that certain groups are inferior is the belief in the superiority of one's own people.

And when Putin evokes the myth of Moscow as a "Third Rome," it is clear he is assigning the Russian people with an historic mission. Responsibility is falling to Russia not only to stop Western decadence at its borders, but also to provide a last bastion for those who had already given up hope in this struggle. But he is also saying that Russia can never yield.

"Death is horrible, isn't it?" Putin asked viewers at the end of his television appearance. "But no, it appears it may be beautiful if it serves the people: Death for one's friends, one's people or for the homeland, to use the modern word." That's as fascist as it gets. 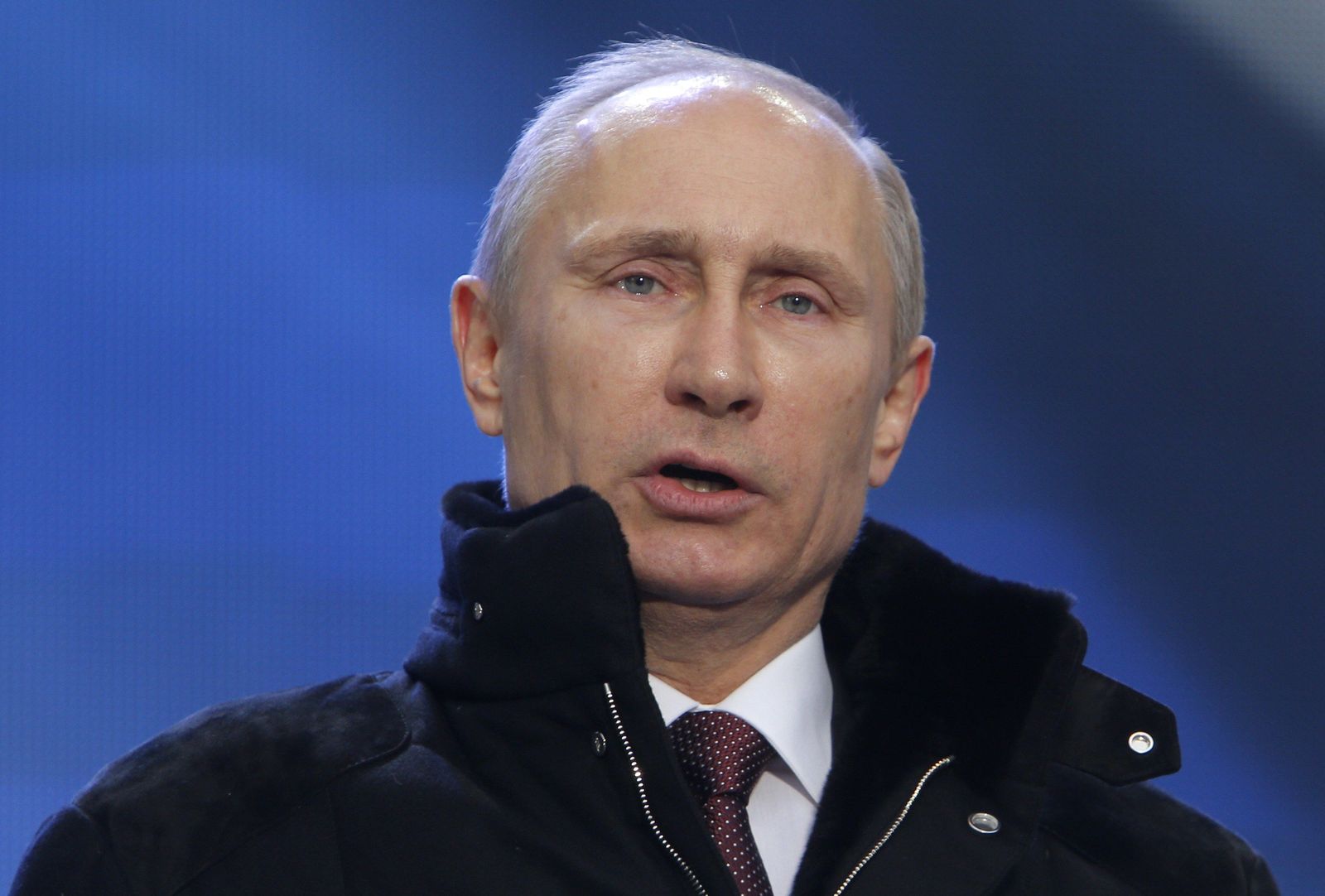