The Pamir, Hindu Kush and Tian Shan mountain ranges and the Syr Darya and Amu Darya rivers border a region in which two world religions, Islam and Christianity, collided, astronomy blossomed and eminent doctors taught. Central Asia is one of the eternal hot spots in world history, a place where Darius I and Alexander the Great, Genghis Khan and Tamerlane left their marks. The British and Russian colonial powers followed suit when they embarked on the "Great Game," a bitter struggle over natural resources and strategic bases.

The Great Game was adjourned at the beginning of the 20th century. But after 1920 an even more brutal dictator, Josef Stalin, put his stamp on the region when he redrew the borders of Central Asia. Stalin created five Soviet republics, carving up traditional trading zones, and settled areas in the process. His goal was to weaken and sow discord among the region's Muslim ethnic groups and thus make them less of a threat to Moscow.

The seeds of ethnic strife had been sown. They began to sprout when the vast Soviet realm was dissolved and its republics became independent nations, separated by unnatural borders. Former US National Security Advisor Zbigniew Brzezinski once referred to Central Asia, a hotbed of conflict and, in Brzezinski's view, one of the most strategically important parts of the world, as the "Eurasian Balkans."

Today the major powers' interests in the region range from military bases for waging the war against the Taliban to oil and gas pipelines and drug prevention. One of the most important heroin smuggling routes passes through a part of Central Asia controlled by Islamists.

For these reasons, the world is now witnessing a new version of the Great Game, this time involving both the former players, Russia and Great Britain, and new players, the United States, China and Iran. None of the countries within their field of vision is stable, eccentric dictators are in control almost everywhere, corruption is rampant and many nations are at odds with their neighbors. After several coups and ethnic unrest, Kyrgyzstan is leaderless. Kazakhstan, rich in natural resources, feels pressured by China. Islamists in Tajikistan have renewed their fight against the regime, and in Uzbekistan, a major cotton exporter, the opposition is brutally persecuted.

In a new series, SPIEGEL describes the worrisome situation in Central Asia, a region where American historian Kenneth Weisbrode fears "a massive storm could be brewing."

Part I: Kyrgyzstan Has Become an Ungovernable Country 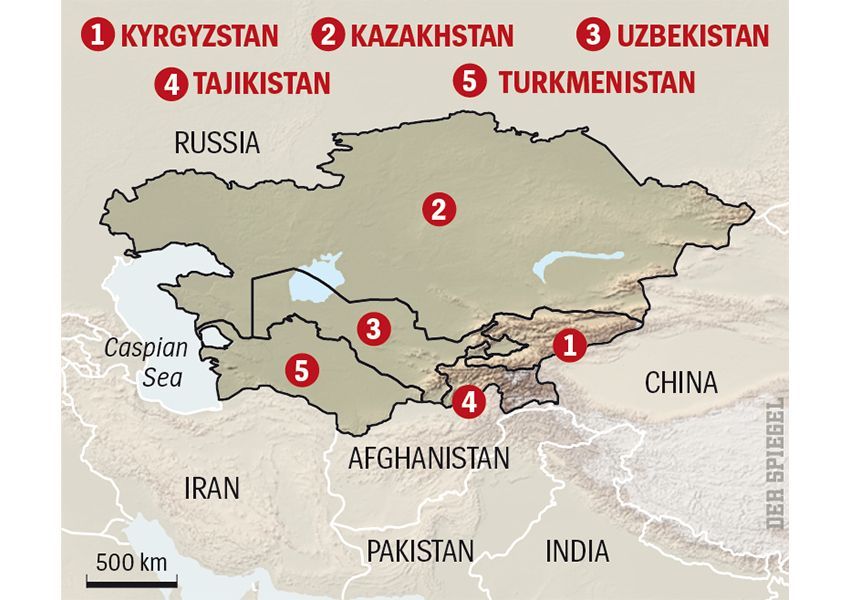