Greying and weighed down by his first term in office, Barack Obama is barely recognizable as the beacon of hope he was in 2008. Back then he was the youthful symbol of change, and his words were full of promise. A year into his term, he still had that aura. In a television interview on Jan. 25, 2010, shortly after he won the Nobel Peace Prize, he said he didn't want to be a "small" president, which is how he saw even Democratic idol Bill Clinton, who at one point saw fit to fight for new school uniforms. Obama, by contrast, wanted to fundamentally change the country.

He still sounded like the president who had proclaimed in his inaugural address, that "the time has come to set aside childish things. ... Our journey has never been one of short-cuts or settling for less. It has not been the path for the faint-hearted -- for those who prefer leisure over work, or seek only the pleasures of riches and fame."

Since then this courageous man has become more disheartened by the day. And his reforming spirit won't return even if he wins a second term. The man on whom millions pinned their hopes has waged one of the least hopeful election campaigns in history. He has stooped to the "childish things" he had promised to eschew, by running bitterly negative spots about Mitt Romney's wealth and shortcomings. He recently resorted to calling the Republican candidate a "bullshitter" -- a decidedly unpresidential term.

The man who rescued America from George W. Bush has even adopted the tactics of the former president, who in 2004 won re-election by demonizing his challenger John Kerry rather than talking about his own controversial record. And Obama too has started avoiding the hard realities that America must face.

It doesn't make things any better that the Democrat is up against an unprincipled rival who has deserved much of the criticism levelled at him. One can blame Barack Obama for this sad evolution. But one can also blame the American people. It may sound harsh, but they want to be lied to. A politician who doesn't lie simply won't be elected.

Imagine for a moment if Obama had begun his re-election campaign this way: "Listen, our schools are no longer considered to be among the top 10 worldwide, one out of every four of our bridges is wobbly, more of our kids are dying and our old people are dying sooner even though we spend twice as much on our health care system as Germany. We were so ill prepared for a hurricane that millions of New Yorkers had to sit in the dark for days. And our 'high-speed' trains move barely faster than local trains in China. We must start over."

In short, he would have said that America is no longer in every respect the best country on the planet, but rather, like every other nation, a 'work in progress.'

A president dared to do this once -- Jimmy Carter. In 1979, the Democrat tried to persuade Americans to change their energy consumption. Americans didn't want to hear it. They mocked his defeatism and voted him out of office.

Ever since then, hardly any US politician has risked calling on people to make sacrifices. Obama tried it briefly. He said America had lost some of its dynamism. On foreign visits he showed that America should at times be big enough to apologize for its actions.

He was soon labelled as the "Apologetic President" who wasn't proud of his country. The attacks came from the right but America's left too rejected his criticism of stubborn teachers' unions or all-powerful doctors' lobby groups. Their mantra is always that America has the most committed teachers and doctors in the world -- even though statistics contradict that.

So Obama mutated from a political messiah into a typical US politician. His vision shrank with every passing day. It's true that he passed his healthcare reform, a historic achievement, but he barely touched on the problem of exploding costs. He hasn't reduced the crippling budget deficit and he no longer even talks about climate change.

He hasn't initiated a serious debate about social inequality and he has said even less about the ludicrous creed that America's taxes shouldn't rise. And he failed to market his stimulus package of almost $900 billion as a fundamental economic overhaul.

It almost made sense that he fell silent about his plans for a second term. He had probably resigned himself to the mistrust with which the Americans greeted every government initiative. It's sadly ironic how quickly the Republicans were calling for state help after hurricane Sandy.

Obama will probably win a second term with these tactics. But he's discarded the historic opportunity to prepare the nation for a new era. That would have required getting Americans used to the truth instead of lulling them into complacency with the phrase "greatest nation on Earth."

Needless to say, politicians everywhere fear telling the truth. Former German Chancellor Helmut Kohl preferred to talk about "blossoming landscapes" in eastern Germany and safe pensions for all, statements that flew in the face of reality. All across Europe, leaders who spoke truthfully about the euro crisis have been voted out of office.

But America, this great country, always wanted to be more, to be a nation founded on a wonderful idea. America's founding fathers pledged that governing would be dictated by common sense. Today, citizens mercilessly punish every politician who tries to push through pragmatic yet unpopular policies. Even worse, it's enough if a candidate even mentions anything unpopular. Such as the truth, for example. 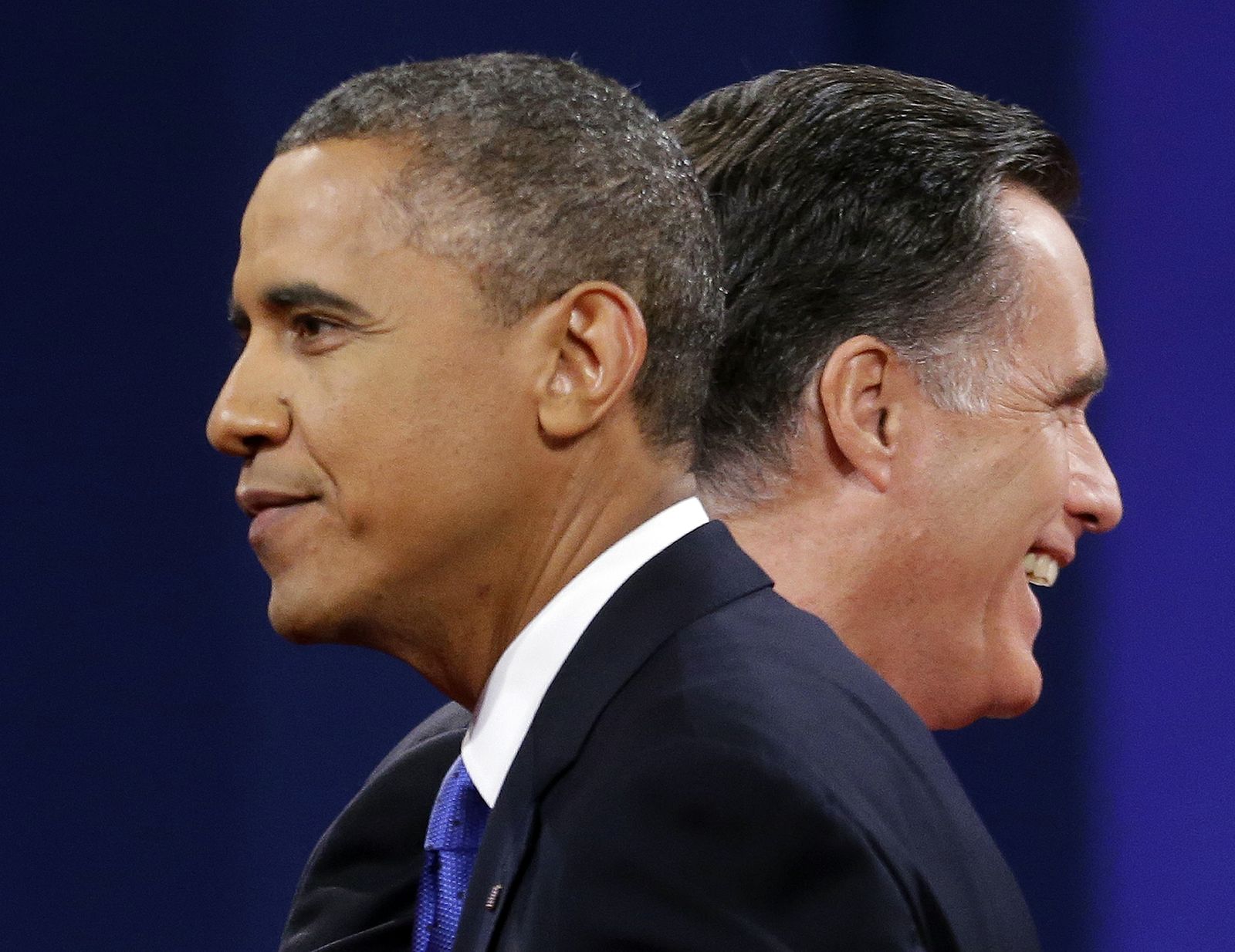 Barack Obama and Mitt Romney: both have been shunning the truth to avoid losing votes.