The Malaysia Airlines Flight 17 crash site is a nightmare, with body parts still lying among the sunflowers. Fully 298 people were murdered here while the entire world became witness to marauding bandits in uniform robbing the dead and taking their dignity in the process.

Here, in the eastern Ukrainian steppe, Vladimir Putin has shown his true face. Once seen as a statesman, the Russian president has exposed himself as a pariah of the international community. The MH17 dead are also his; he is partially responsible for the shooting down of the flight. And now, the moment has come to force him to back down -- with severe economic sanctions.

Nobody in the West continues to harbor serious doubts that the plane was shot down with a Buk surface-to-air missile system -- one that was almost certainly provided to the pro-Russian separatists in eastern Ukraine by Russia. One separatist leader even admitted that they possessed such a system -- and the evidence is substantial.

It may be that the shooting down of MH17 was a tragic error. The fighter who launched the missile didn't likely intend to shoot down a commercial aircraft. Still, the incident is the direct consequence of the recent weeks Russia has spent arming the separatists. It is a symbol of Putin's depravity -- and for the failure of Western policy thus far. The wreckage of MH17 is also the wreckage of diplomacy.

While the West initially imposed but mild sanctions and demanded a policy of de-escalation, Putin repeatedly escalated the conflict while vociferously proclaiming his irreproachability. He continually insisted that he wasn't behind the separatists. This web of lies, propaganda and deceit has now been exposed.

The ties between Putin and the separatists are not difficult to see. While it may not be possible to completely control the men in eastern Ukraine -- that is a problem faced by all who engage in proxy warfare -- Putin armed them and he can curb their activities. All demands that he do so have thus far been ignored. Even after the murder of 298 innocent civilians, there has not been a word of contrition or dissociation from Putin.

Europe can no longer continue as before. The agreement among the European Union's 28 member states to impose severe sanctions on Russia was the right move. Among the measures proposed is a boycott of Russian banks as well as a ban on exporting arms and energy technology. It is now crucial that EU member states this week actually enact the full range of measures to put a crimp in the Russian economy and, should it become necessary, to broaden them.

Demanding tough measures to force Russia to back down is not akin to being a warmonger. The only one who has fanned the flames of war in the Ukraine without constraint and who, since the annexation of the Crimea peninsula, insists on gambling with peace in Europe is the president of Russia. It is imperative that Europeans exhaust all non-military means of bringing pressure to bear on Moscow. The goal is deterrence, not escalation, and for that to work, the measures must be credible.

To achieve deterrence, it is imperative that Europe act together and dispense with national selfishness. As long as France continues to insist on delivering warships to the Russians and the British continue coveting profits earned from Russian oligarchs, the EU will be unable to impress Putin. Germany's government and business leaders deserve praise for their willingness to support severe penalties -- even though they are sure to hurt German exports.

Europe can absorb the consequences of such sanctions. Russia cannot. It is economically vulnerable and is in need of Western investment and technology, particularly in the energy sector.

Still, there is no guarantee that sanctions will rapidly have the desired effect. Putin's initial reaction could very well be one of aggression, the imposition of countermeasures. But chances are that he will ultimately have to give in. His rule has thus far depended on keeping the elite quiet by ensuring that they can continue to enrich themselves. He likely would be unable to resist were Russian businessmen, oligarchs and liberals to exert significant pressure. A further devaluation of the ruble, furthermore, would hurt the population at large, which has supported Putin thus far.

Europe, and we Germans, will certainly have to pay a price for sanctions. But the price would be incomparably greater were Putin allowed to continue to violate international law. Peace and security in Europe would then be in serious danger. 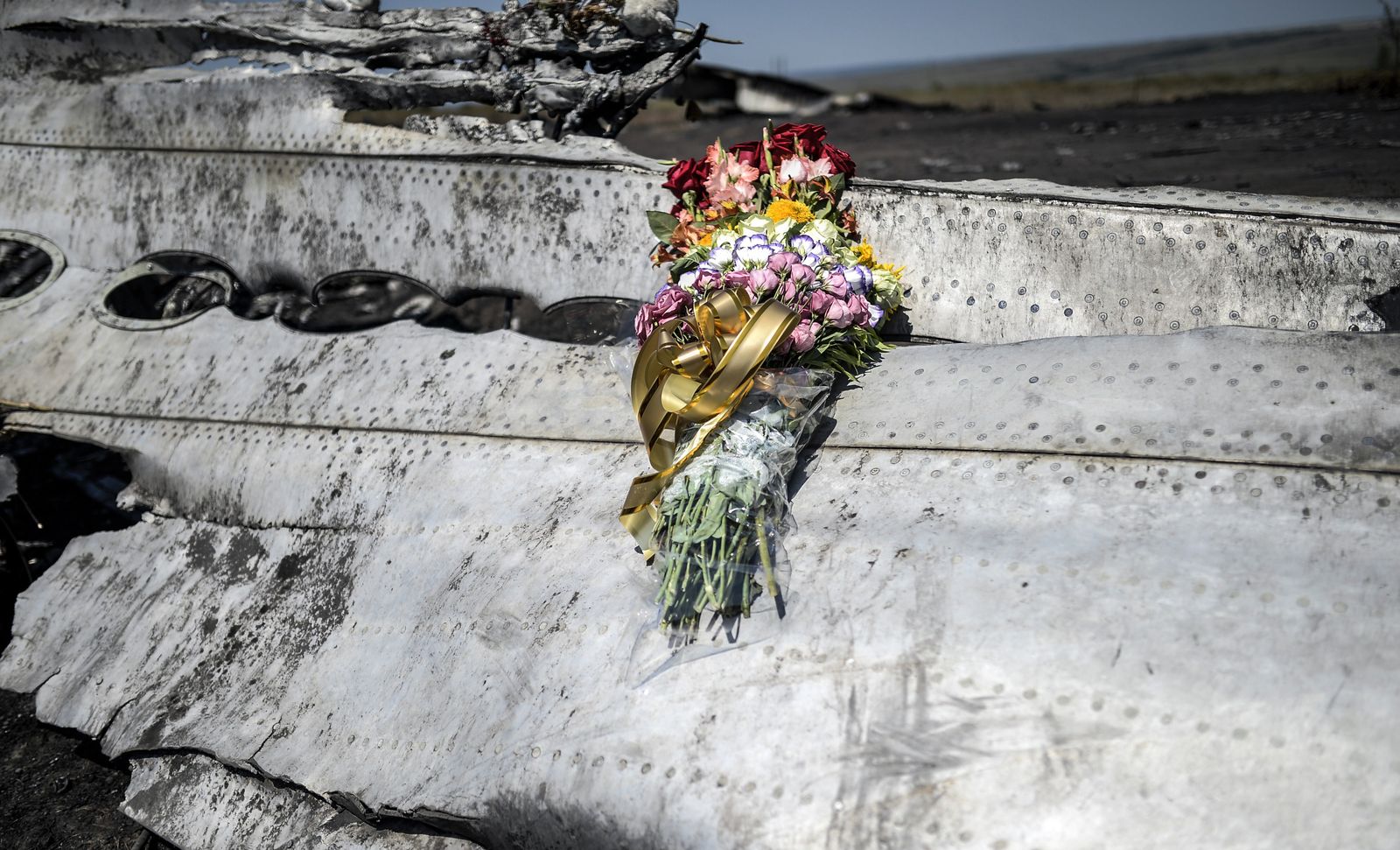 Flowers on a piece of wreckage from MH17.