Russian President Vladimir Putin has created an anti-CNN for Western audiences with the international satellite news network Russia Today. He commissioned the network in order to "break the monopoly of the Anglo-Saxon mass media." The government seems to be succeeding in its task, with the network gaining more viewers in major cities in the United States that any other foreign broadcaster.

In Washington, 13 times as many viewers tune in to Russia Today than they do its German equivalent Deutsche Welle. A total of 2 million Brits watch the program. On Youtube, the Moscow-based broadcaster recently broke the one-billion-hit barrier, becoming the first broadcaster in the world to do so. Editor-in-chief Margarita Simonyan, 33, views the broadcaster as a sort of ministry of media defense for Russia.

SPIEGEL ONLINE: Your network sees itself as a counterweight to the major US broadcasters. How did you manage to poach CNN legend Larry King, 79, of all people?

Simonyan: You'd have to ask him that question, but I do know that he is happy to get back into the game.

SPIEGEL ONLINE: What can Russia Today offer King that others can't?

Simonyan: I can quote him from an interview he gave recently: "I thought I could retire, but I love my job. I thought I wouldn't miss it, but I do."

SPIEGEL ONLINE: Your network is funded by the Russian government. What is its mission statement?

SPIEGEL ONLINE: The Russian media have a slightly more dramatic take on your objectives. Many are comparing the network to the Ministry of Defense. You said it yourself, when Russia goes to war …

Simonyan: … then we will join them in battle, yes. That goes for the country's real, armed conflicts. Do you remember the August war of 2008? Back then, most Western media outlets acted as if they were Georgia's ministry of defense.

Simonyan: All of the Western broadcasters gave only the Georgian side of the story. Saakashvili was featured on all the networks; his statements were broadcast on all the programs. It was said that Russia started the war.* It was said the country's troops bombed a busy market in the provincial town of Gori. We immediately sent our correspondents out there, who found no trace of either shootings or bombings. Western broadcasters focused their entire coverage on the suffering of Georgian civilians. There was no mention of South Ossetians, meanwhile, who were suffering nightly artillery attacks at the hands of Saakashvili. It was pro-Georgian propaganda, pure and simple.

SPIEGEL ONLINE: It wasn't that one-sided. SPIEGEL, for one, reported at an early stage that it was Saakashvili who had fired the first shot. A European Union committee came to the same conclusion.

Simonyan: Sure, afterwards! But how many people actually ended up reading the EU report? The majority of people to this day believe that Russia started the war totally unprovoked. The evil Russia pounces on poor little Georgia.

SPIEGEL ONLINE: It is not uncommon to see Russia in the role of the aggressor.

Simonyan: Objection! Russia hadn't started a war with another country in 20 years. How many armed conflicts has America engaged in in the same period of time? How many wars has Europe taken part in?

SPIEGEL ONLINE: How do you explain Russia's negative image?

Simonyan: The West never got over the Cold War stereotype. One thing that only few journalists understand is that Russia started dissolving the Soviet Union of its own accord. We were the ones to realize that Communism was a failure. We understood that it was wrong to impose our will on other nations. We released the Eastern bloc into freedom. We are a different country today, one with a different mentality -- which is something that Western journalists sometimes find difficult to comprehend. You, for example, stated earlier that Russia was acting aggressively without backing it up with facts.

SPIEGEL ONLINE: Is Russia Today's goal to provide objective reporting? Or is it first and foremost just about offering a perspective different from that of Western media?

Simonyan: Have you already seen many examples of objective reporting in general?

SPIEGEL ONLINE: Efforts are made to be objective. But your network only covers one side, offering Syrian dictator Bashar Assad a platform for his political message.

Simonyan: There are people who refer to Assad's political opponents as the "democratic opposition." Even the rebels, however, have raped women and murdered children. Take Saakashvili, for example. He is held up as a hero by the BBC. For others, he represents an oppressor of freedom. There is no objectivity -- only approximations of the truth by as many different voices as possible.

SPIEGEL ONLINE: The Russian opposition is rarely featured on your network, except as a target of smear campaigns. You even accused Russian blogger and dissident Rustem Adagamov of pedophilia without so much as a scrap of evidence.

Simonyan: Why did we report about Adagamov? Because he was publicly positioning himself as a campaigner for justice.

SPIEGEL ONLINE: The accusations leveled against him are based solely on statements coming from his ex-wife, who says that he sexually abused an underage girl in Norway many years ago. The authorities declined to bring charges against him due to a lack of evidence.

Simonyan: We didn't prosecute him; we merely broadcast a report. We also tried to get a statement from the wife and from Adagamov, too. Would the German media refrain from giving coverage to a political activist accused of sexually abusing a 12-year-old girl? I spoke to the wife myself, and I certainly didn't get the impression that she was crazy.

SPIEGEL ONLINE: How did it come about that your network was the first to broadcast images of the arrest of a CIA spy in Moscow in May? How closely do you work with the authorities?

Simonyan: We received those images from an agency in the same way that every other Russian television network does. It wasn't exclusive material. We were simpler quicker to publish it than others.

*Due to a translation error, an earlier version of this interview suggested that Simonyan said that Russia started the war with Georgia. In actuality, she said that Western media blamed Russia for starting the war. We apologize for the error. 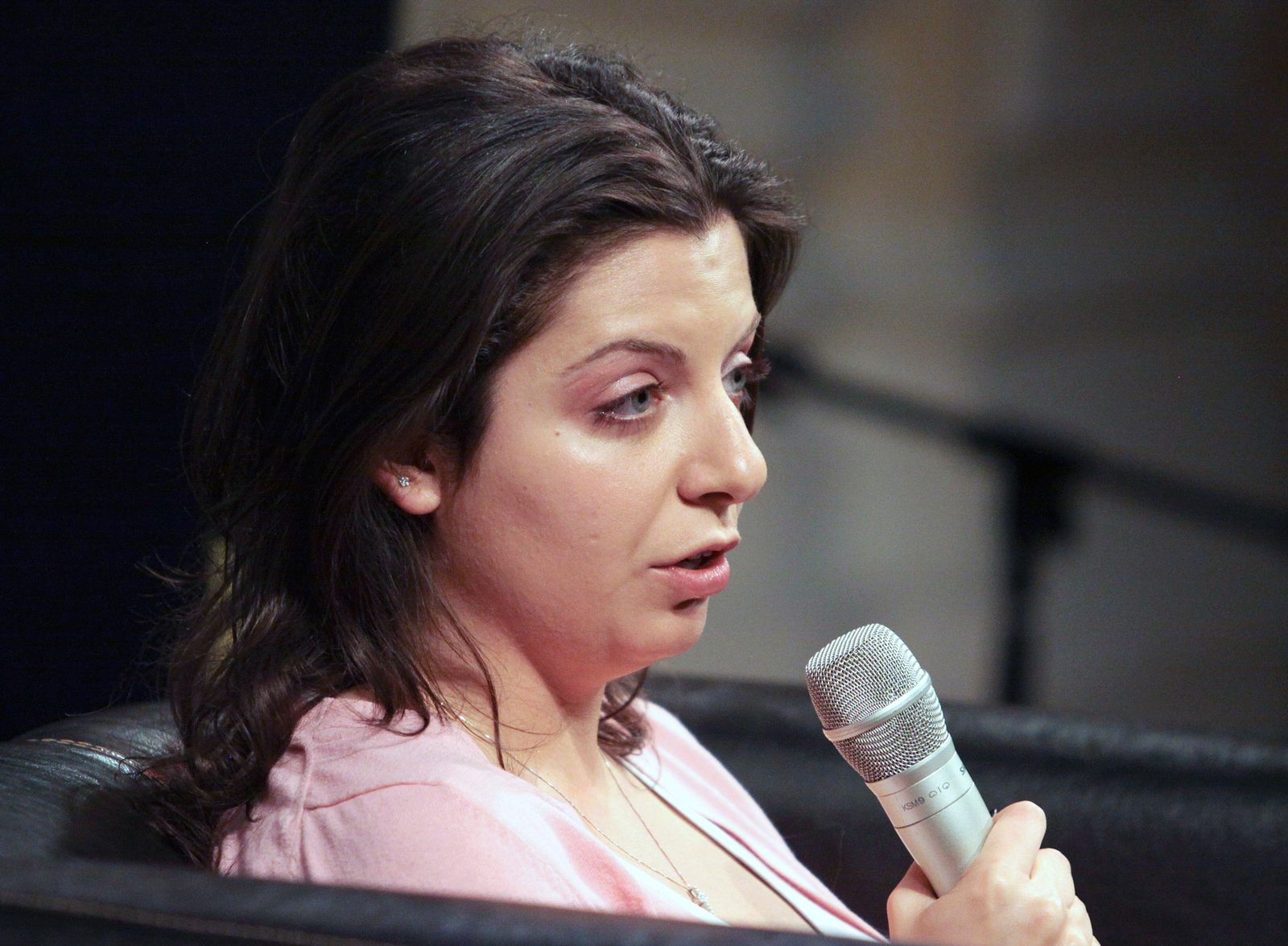 Russia Today's editor-in-chief Margarita Simonyan: "We are a different country today, one with a different mentality."