SPIEGEL: Three years ago, Afghan President Hamid Karzai dismissed you as foreign minister. Now you are his rival in the run-off. Do you feel a sense of gratification?

Abdullah: In 2004 I decided not to vote for him. We have different ideas, different visions. He believes in a strong, centralized system, I believe in a parliamentary system, which is more decentralized. He believes in individuals, I think, parties should become more influential in a democracy. I believe in a truly independent Independent Electoral Commission, in an independent Constitutional Commission and in the judiciary. He doesn't. There are, as you can see, a number of differences. About the only thing we have in common is that we are both candidates in the presidential elections.

SPIEGEL: Still, in a recent phone call you congratulated President Karzai for accepting the election results -- after he announced he would submit to the run-off. Was this intended as a subtle provocation?

Abdullah: I thanked him for accepting the results, even if his acceptance was delayed. I said that one chapter is now behind us and that another chapter is now in front of us. During the campaign, I spoke to the public about Karzai's and his government's failures. So there might have been quite a few things between us. But as a candidate, and him as an incumbent, at the end of the day the lines of communication should remain open.

SPIEGEL: In the first weeks after the election, you both ruled out the possibility of a national unity government. Last week, there were rumors in Kabul that, under certain circumstances, you would be prepared to work together with Karzai. Is there any truth to this?

Abdullah: I can promise you, these are rumors. I want change, not just a power sharing arrangement.

SPIEGEL: There is a good possibility that Karzai will win easily in the second round of voting. Should that happen, you would once again find yourself with little influence in the opposition. Can you afford this?

Abdullah: According to the Electoral Complaints Commission, the difference between his and my result is about 17 percent. It should be mentioned that the method used by the Commission only identified a part of the fraud, but not of all of it. The real results would have been quite, quite different. I saw that the people want change in this country. The run-off will strengthen the people's belief in the electoral process. It is a necessity for the political environment and it will create new momentum.

SPIEGEL: It wasn't just Karzai's camp which committed fraud. Some of your supporters were also at fault, even if it wasn't as widespread. Would you deny this?

Abdullah: There were irregularities on our side as well, I don't deny it. But fraud would be a too strong a word to describe what took place.

SPIEGEL: The run-off, like the first round of voting, will once again cost almost $200 million of international donors' money and will require a Herculean effort in organisation and security. How can one be sure that the second round of voting will be accurate and will lead to a legitimate government?

Abdullah: This is a very serious question. I will propose certain recommendations for the transparency of the elections, because massive fraud could of course happen once again. That's not acceptable. People in the Independent Electoral Commission (IEC), who have shown bias, who have violated the law and who worked in favor of one candidate, should be removed. Those who have been a part of the corruption in the IEC need to be replaced. The IEC needs to be truly independent. That is a must.

SPIEGEL: The atmosphere between the Americans and President Karzai has been tense for quite some time. Are you America's favored candidate?

Abdullah: Luckily, they didn't really have a favorite candidate. Five years ago, it was different. At that time the US clearly supported Karzai. This time they stood by the process. I appreciated that. After the press conference, when the final results were announced, President Barack Obama called me, and he called Karzai. It was a courtesy call and he praised me for my stand, for my responsible attitude. But it was a short conversation.

SPIEGEL: Obama's decision on General McChrystal's new strategy for Afghanistan is on hold, pending a legitimate government. Can the Taliban still be stopped and if so, how?

Abdullah: For years I have been saying that you need a credible partner in Afghanistan. One who can deliver, otherwise it can't succeed. General McChrystal's strategy is the right one. But it takes two to tango. The other part is the Afghans -- if they fail, it can't work. The legitimacy should come through the electoral process, through free, fair and transparent elections. Hopefully as a result, the people of Afghanistan have a chance for change.

SPIEGEL: Karzai wants to negotiate with the top-leadership of the Taliban, saying that they would participate in the government if they stop fighting. Will that work?

Abdullah: To believe that negotiations with the so called Quetta shura (eds. note: the Taliban ruling council) will bring peace to Afghanistan, is an illusion. These people are destroying the country, how can we make peace with them? What needs to happen is that we have to reach out to the people of Afghanistan, because the government is losing their support. That's one of its major failures. Essentially it needs good governance, which serves the people and which is accountable. We need elected governors, not appointed ones. We need to fight corruption. It's a whole package of measures that would go a long way toward winning the people's trust.

SPIEGEL: An election campaign is extremely expensive. How did you raise money? People in Kabul say your budget was tens of millions of dollars with much of it donated by Iran. Is that correct?

Abdullah: (laughs) I wouldn't say that I wished it was true. No, I can surely confirm that a foreign country was not involved. Contributions from the people were overwhelming, well higher than my expectations. They invested in a different political agenda. They want change. 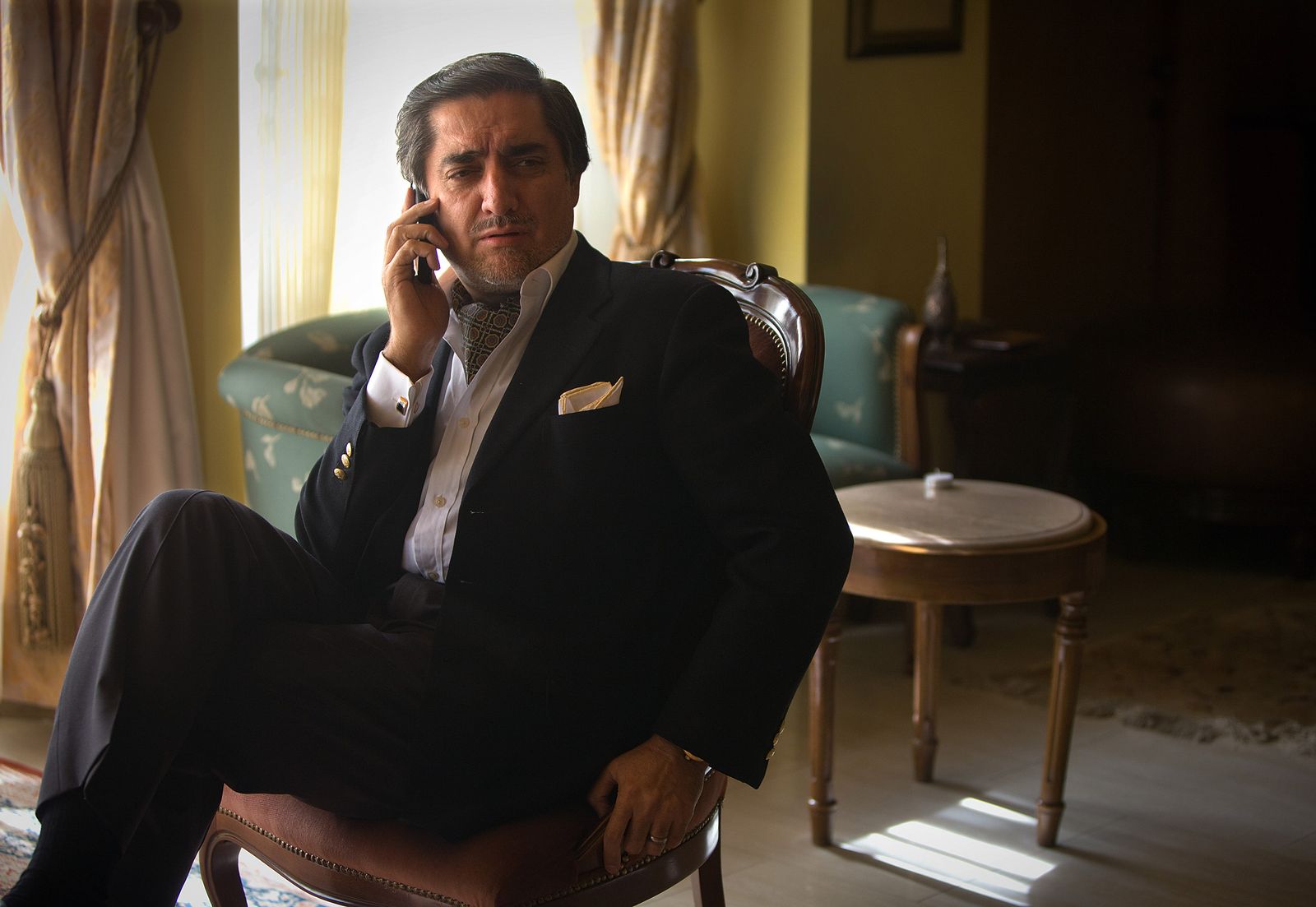 Afghan presidential candidate Abdullah Abdullah at his home in Kabul.