SPIEGEL: Ai Weiwei, Amnesty International will present you with its "Ambassador of Conscience Award" this week in Berlin -- another honor you will be unable to accept in person because your government still does not allow you to travel abroad. What would you do if your passport were returned to you?

Ai: I would check if all the data is correct and if the passport is valid (laughs). No, I would call my son, of course, who lives with his mother in Berlin and misses me. It is painful for a father to be so limited and far away from your son. He once remarked to his mother: "I'm sure, they will never give him his passport back. I had a dream about this!"

Ai: Yes, and he is an emotional and imaginative child. When he tried to cheer me up, he said: "In fact, your persecutors aren't that much better off than you. You may have to run away from them -- but they have to run after you all the time, too." That really cheered me up and gave me a fresh perspective: My minders may be just as frustrated as I am. And my angst and my insecurity reflect the state's angst and insecurity. The state is scared too.

SPIEGEL: Over the past two-and-a-half years, the human rights situation in China has deteriorated. Why does the new administration arrest so many of its critics? Why doesn't it allow even a bit more free speech?

Ai: I am not surprised by this, I have experienced even much worse times before. Of course, you ask yourself: Is the government so harsh for tactical reasons or is there a deeper ideological reason for this? In the end, I think, the state's rigidity is a function of its own insecurity, its indecisiveness.

SPIEGEL: One theory goes like this: The new administration is still in the process of consolidating its power. Once that is done, things might improve.

Ai: I think such theories are wrong -- no matter if they predict an improvement or further deterioration. What counts in the end is what the government does. It is not an easy job to govern China, I am aware of that. There are crises and emergencies all the time, we might not even be aware of some. But I am afraid we'll have to wait and observe precisely what the government is up to.

SPIEGEL: If you wanted to highlight one of the many human rights cases in China today, which one would it be?

Ai: I would direct the world's attention to the case of Pu Zhiqiang -- a man who represents the new China in a way few others do. He is a lawyer, a highly educated, considerate man who has helped in so many human rights cases himself. He is a man deeply rooted in the Deng Xiaoping era -- not the Mao years before -- and he has contributed much to the building of this new society. But he refuses to forget what happened in 1989. And for crossing this line he has been in jail for a year now and is accused of the unthinkable crimes. There is not a shred of evidence, of course. No one knows what is going to happen to him. But his case will show where China will move in the coming years. Will he get a fair trial? Will there be rule of law in China? Will we ever respect each other's free speech and opinion?

SPIEGEL: How should foreign governments handle cases like Pu Zhiqiang's? Diplomats often say dissidents can only be helped by discussing their cases behind closed doors.

Ai: This is wrong. If human rights are supposed to have any meaning, then they have to be discussed openly. Any politician who respects China's government should tell it openly what is in his heart. It is disrespectful to keep quiet about such issues -- both vis-a-vis the government and the people concerned.

SPIEGEL: Only two or three years ago, China was defensive when questioned about human rights issues. Now officials often reverse the accusation: What about the cases of racism in the United States? What about the violation of privacy by Western secret services?

Ai: No state or society can claim to have established human rights once and for all. What we have seen in the US lately is shameful. I use this word advisedly. If people are being abused or even killed during an arrest, this is highly disturbing. There are many cases and layers of racist behavior in the US -- from police treatment to the issues of education and job opportunities. In America, however, such cases are being discussed publically.

SPIEGEL: And in China?

Ai: China is at a different stage of development, human rights are violated here much more often. And still, we see improvements even here. There is the current case of a policeman who shot a man at a railway station right in front of his family. At least, there was a public investigation against this policeman (which cleared him of wrongful action in the first instance). Something like this would never have happened only a few years ago, never. Such a case would have been dealt with as an "internal police matter," no one would ever have heard of it again. This can't be done anymore. The Internet has established a public sphere and developed a pressure which the government can no longer ignore. We should use this public sphere and redefine -- beyond China's borders -- what a government is allowed to do, where its powers end and where the realm of a citizen's privacy begins.

SPIEGEL: China's government has been arresting more civil rights activists lately than in many years before, but at the same time many citizens are growing more self-confident. China's blogosphere is full of irony and sarcasm, and the censors often can't keep up deleting posts as fast as they pop up.

Ai: We just had a few cool days in Beijing. Still, summer will come. And this is true for China as a whole. At the moment about 350,000 students return to China from abroad each year -- 350,000 young and educated people. I know about them because they know me and often ask me in the street if they can take a selfie with me. These folks are creative and ironic, and the government can ultimately not control what is going on in their heads. Even if there have been setbacks during these past years, China is changing. China's society is opening.

SPIEGEL: Is this opening sustainable -- or could those prevail who would like to isolate China and turn the clock back?

Ai: The leadership knows that you cannot solve the issues of China's future with the means of the past. The demographic consequences of the one-child policy, the build-up of the welfare state, the jobs for 7 million university graduates every year, the immense corruption: Even some Western governments would have to scramble to find solutions to such problems. 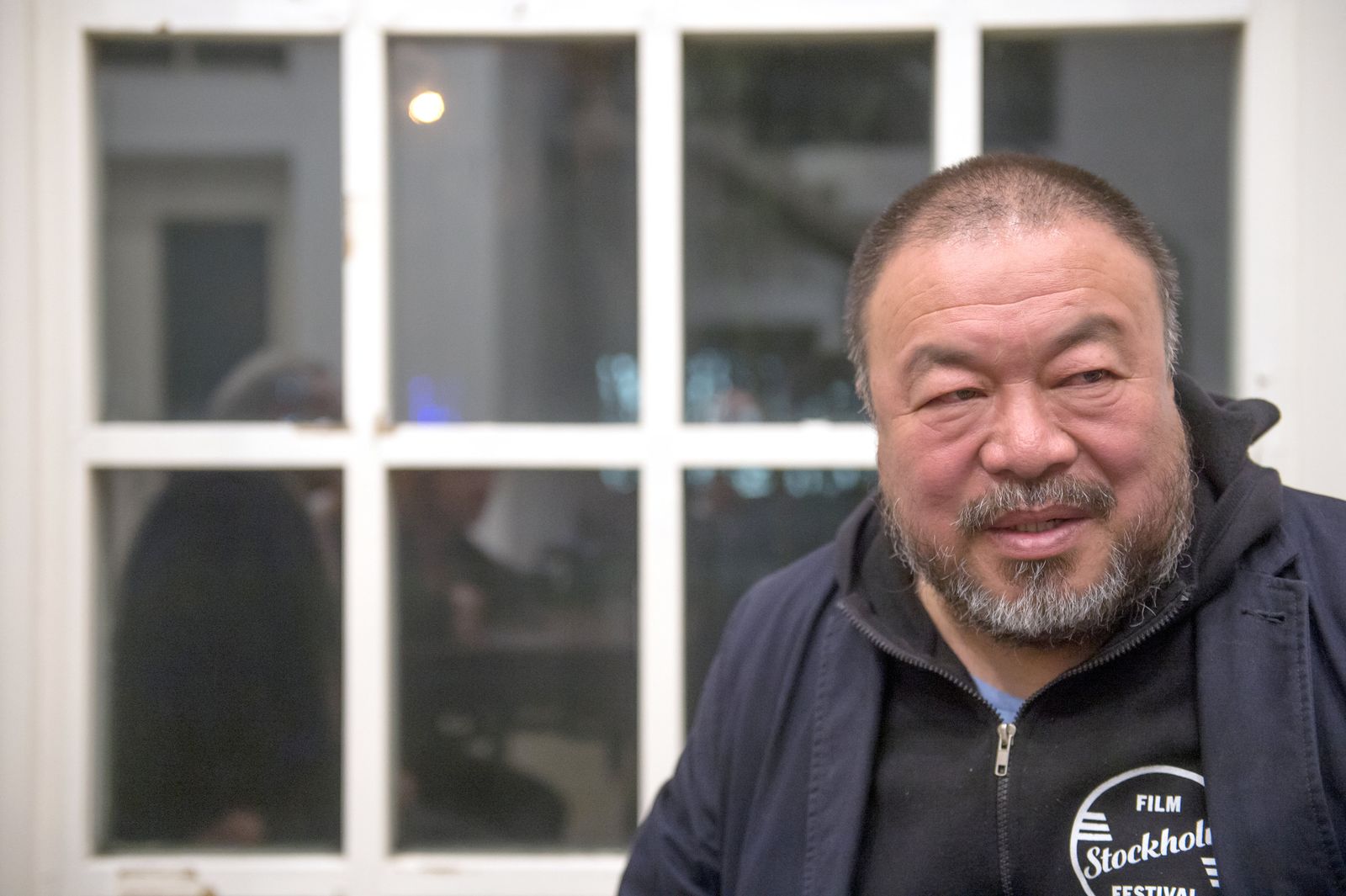 Chinese artist Ai Weiwei in Beijing: "The Internet has established a public sphere and developed a pressure which the government can no longer ignore."