SPIEGEL: Many people are comparing the financial crisis to the Great Depression. Will it really be that bad? 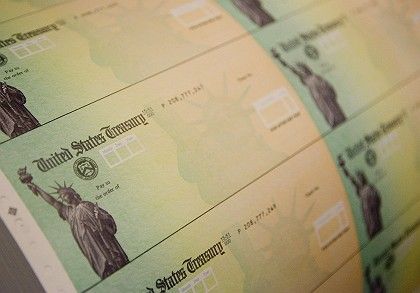 Governments have to do more than just spend money, says Stiglitz.

Stiglitz: It's going to be bad, very bad. We're experiencing the worst downturn since the Great Depression, and we haven't reached the bottom yet. I'm very pessimistic. Governments are indeed reacting better today than during the global economic crisis. They're lowering interest rates and boosting the economy with economic stimulus plans. This is the right direction, but it's not enough.

SPIEGEL: The American government has committed over a trillion dollars to save the banks and $789 billion to boost the economy. Do you think this is too little?

Stiglitz: I do. More than $700 billion sounds like a lot, but it's not. On the one hand, a large part of the money will first be given out next year, which is too late. On the other, a third of it is drained away by tax cuts. They don't really stimulate consumption, because people will save the majority of that money. I fear that the effect of the American economic stimulus plan won't be even half as big as expected.

SPIEGEL: At least governments worldwide are bracing themselves against the recession, as opposed to the global economic crisis where they accelerated the recession through their savings policy.

Stiglitz: That's right. That's why I'm confident we'll get off lighter than during the Great Depression. On the other hand, there's a series of developments that make me very anxious. The state of our financial system, for example, is worse than it was 80 years ago.

SPIEGEL: Hundreds of banks collapsed in the US at that time. Today most of them are being saved by the government. What's so bad about that?

Stiglitz: The banks that survived 80 years ago continued to lend money. Today many banks aren't lending money anymore, above all the large investment banks. This will deepen the crisis.

SPIEGEL: The US government's emergency plan is supposed to prevent this, though. The banks receive money from the state so they can continue to give loans.

Stiglitz: That's the idea, but it doesn't work. We're just throwing money at them and they pay billions of it out in bonuses and dividends. We taxpayers are being robbed for all intents and purposes in order to reduce the losses that some wealthy people bear. This has to be changed.

SPIEGEL: What do you suggest?

Stiglitz: We have to reorganize our bailout system for the financial sector. For one thing, any bank that actually lends should get money from the government; more money to small and medium-sized banks in smaller towns and less to Wall Street institutions. The government must also accept the consequences when banks become insolvent ...

SPIEGEL:  and let them go bankrupt?

Stiglitz: No, they have to be saved, because the consequences to the monetary system would be incalculable. But as a countermeasure, these institutions have to be nationalized, which even Alan Greenspan is now demanding. Then the government can close those business segments that have nothing to do with lending and make sure that the banks no longer organize esoteric stock deals that they themselves do not understand.

SPIEGEL: Today the world is much more intertwined than in the 1920s or 1930s. Does this make the fight against the economic crisis easier?

Stiglitz: On the contrary, it's going to be more difficult. When a country introduces an economic stimulus plan, a large part of the stimulus goes abroad. For instance, a US company receiving a road construction order from the state buys equipment from Germany, concrete from Mexico and engineering services from Great Britain. The incentive to profit from the economic situation of one's neighbor is correspondingly great, while doing as little as you yourself can do. There is only one solution for this: economic stabilization policy has to be coordinated internationally in order to diminish the already dangerous global imbalances.

Stiglitz: For years the US was the economic powerhouse of the world. It imported more goods from abroad than it exported, to the joy of manufacturers in Asia or Europe. But this model no longer works. The Americans are completely over-indebted. They can't increase their consumption, instead they have to save. This is why other global growth has to be increased.

SPIEGEL: Washington sees it that way, too. In particular, it wants countries with strong exports, like Germany, to offer further economic stimulus packages. Do you think that's justified?

Stiglitz: That's why we wouldn't go that far. I propose that countries with a positive trade balance should stream part of their surplus to the International Monetary Fund. This can then stimulate the economy in developing countries or prevent the economy from collapsing in Eastern Europe.

SPIEGEL: The global economic crisis following 1929 only really began when governments sealed off their respective countries from international trade. Is there still a danger of this?

Stiglitz: I think it's unlikely that countries will again enter into open protectionism. What I do fear is indirect insulation measures like financial aid or subsidies. The consequences wouldn't be less serious. There is the threat of secret commercial obstacles that could similarly greatly restrain global exchange, like tariff increases.

SPIEGEL: The leaders of the 20 largest industrial nations are meeting in London this week to discuss the regulation of financial markets. Will the meeting be successful?

Stiglitz: I'm skeptical. The American government does talk a lot about stricter regulation of financial markets. I doubt that it's serious, though. The Americans have always been masters at changing a supposed regulation measure into further deregulation.

SPIEGEL: Do you expect this of the new Obama administration as well?

Germany 'Could Be a Model for the US'

Stiglitz: Obama himself has made clear in many speeches that he wants to prevent prospecting in the American financial industry. But Obama is under pressure from Wall Street. Even within his own administration, there are a lot of officials who are only for cosmetic corrections.

SPIEGEL: The US is against too much regulation in the financial markets, Germany and Japan would prefer no further economic stimulus packages. Can much come out of the G20 summit?

Stiglitz: The governments will find the words to put a positive spin on the conference. If they can do anything, they can do that. Everyone will say that more regulation is necessary and that balance is needed between national sovereignty and common action in a globalized world. But how much substance will lie behind their words? I'm skeptical.

SPIEGEL: The economic crisis has severely damaged the economic model of finance-driven turbo-capitalism. Will this lead to a renaissance in the state economy?

Stiglitz: I don't think so. The fall of the Berlin Wall really was a strong message that communism does not work as an economic system. The collapse of Lehman Brothers on September 15th again showed that unbridled capitalism doesn't work either.

SPIEGEL: Could authoritarian systems like in China be the future?

Stiglitz: Besides the two extremes of communism and capitalism, there are alternatives, such as Scandinavia or Germany. The Chinese model has succeeded very well for their people, but at the price of democratic rights. The German social model, however, has worked very well. It could also be a model for the US administration.

SPIEGEL: The crisis began in America, spread to other industrialized nations and now threatens the emerging and developing countries. Is the target of the community of states to halve global poverty by 2015 still achievable?

Stiglitz: Because we don't know how long this crisis will last, it will become more difficult to keep to this promise. I'm also pessimistic, for example, now that the USA is discussing whether we can still afford development aid during the crisis. But there are countries like Japan and Germany that have raised their contributions to the IMF and World Bank to help the Third World.

SPIEGEL: Will Africa be the big loser in the crisis?

Stiglitz: I'm fearful of that, because even the high growth of 6 percent in Africa in the last few years hasn't been enough to permanently fight poverty. A lot of the countries on the continent which inherited a low standard of education, and no infrastructure from colonialism, have solely focused on increasing commodity prices. That was a risky strategy. The IMF's structural development policies also contributed to deindustrialization. We haven't managed to create a stable foundation for the African economies.

SPIEGEL: World Bank president Robert Zoellick has said that the industrialized nations should direct 0.7 percent of their stimulus packages to the developing countries.

Stiglitz: That's too little. Take the US example. Each country would receive around $5.5 billion per year from $789 billion. It's a lot more than nothing, but only a drop when compared to what the countries require, namely up to $700 billion in this year alone.

SPIEGEL: The opposition in Germany is already complaining about government stimulus funding for infrastructure in developing countries.

Stiglitz: All the more reason for governments to persuade their people that it is in our own interest that all national economies grow. If banks in Eastern Europe collapse, it weakens Western European banks and then American financial institutions. If we are to learn one thing from the economic crisis, it's this: Globalization can't be stopped. It has to be managed or else the global economy won't work.

SPIEGEL: Mr. Stiglitz, thank you for this interview.