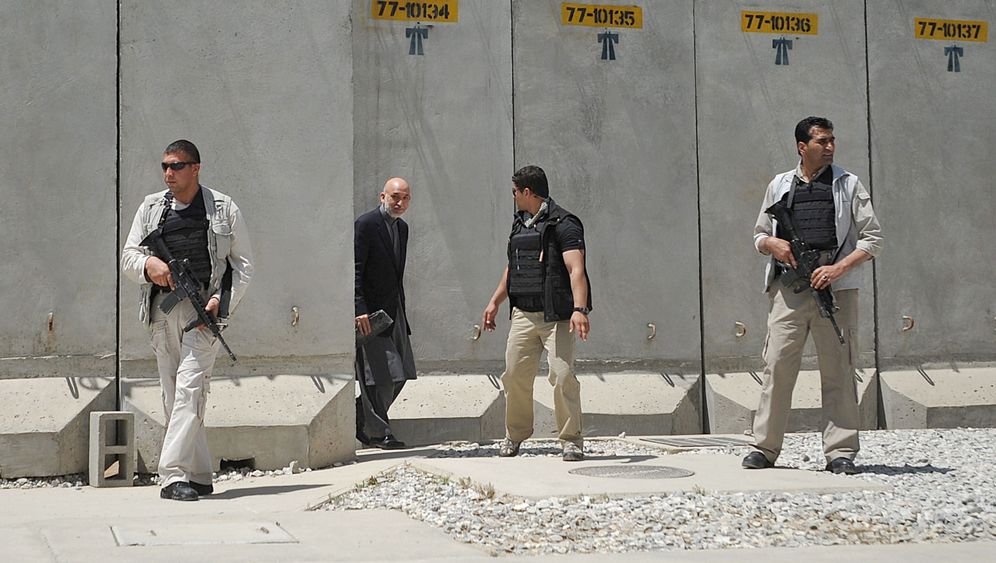 SPIEGEL: What was your initial reaction when you read the Rolling Stone article about General Stanley McChrystal, in which he and his colleagues deride leading members of the American administration?

SPIEGEL: Do you think that McChrystal was so disillusioned with the progress of the mission in Afghanistan that he did this deliberately, because he wanted a fast way out?

Riedel: I think there are more graceful ways to offer your resignation. McChrystal has made a fool of himself. It's very tragic in many ways.

SPIEGEL: President Obama has been open about the fact that one of his main concerns was the impact the article would have on allies like the French -- especially when they read the opening paragraph of the Rolling Stone story.

Riedel: General David Petraeus has been chosen for a number of reasons. He is a remarkably diplomatic general who knows how to work with (the United States') allies. Sending him sends a message of reassurance to the allies, to Afghan President Hamid Karzai and to the Pakistanis that there is a change in personality but not a change in strategy.

SPIEGEL: After McChrystal's dismissal, Obama said that he accepted debate but not division. Exactly how serious are divisions in his national security team?

Riedel: There has been a series of leaks, there has been a lot of backbiting. Just think of the McChrystal memo that was leaked to the Washington Post. The president tolerated that as long as he felt it wasn't damaging the strategy or the mission. But the Rolling Stone article was just too much.

SPIEGEL: Had the president been too tolerant, for too long?

Riedel: If there is a silver lining to the McChrystal affair, it may be that we will now see a unity of effort. A counterinsurgency war is, by definition, very difficult to win -- and there are many parts of the counterinsurgency that are beyond your control. One of the few things that is under your control is unity of command and a unity of purpose for your own team. The president is now trying to re-establish that. In General Petraeus, he has picked exactly the right person to do that.

SPIEGEL: However, there is still an unresolved divide between the political and the military. Obama wants to start pulling US troops out of Afghanistan in July 2011 -- but his generals remain skeptical.

Riedel: I think that issue was resolved. The July 2011 date will now be very notional and Petraeus has, in effect, gotten what he wanted.

SPIEGEL: So a serious plan for US withdrawal is off the table?

Riedel: Petraeus would not have taken on the job without being reasonably certain that it is not a hard and fast deadline but an aspiration.

SPIEGEL: Do you think this was a condition Petraeus set, before accepting the job?

Riedel: I know David Petraeus pretty well, and I don't think he would have (made that demand publicly). But by turning to Petraeus, the president has signaled that he understands that that deadline is an aspiration, not a fixed point.

SPIEGEL: So Obama is now resigned to the idea of seeing US troops stationed in Afghanistan for many years to come?

Riedel: We now have the extraordinary case of two US presidents in a row going to David Petraeus to try to salvage a deteriorating situation. This president is even more dependent upon Petraeus turning this around than Bush was. By the time he turned to Petraeus, Bush was in his second term and had no hopes for re-election. Obama is in his first term and very much hopes he can be re-elected. But to do that, he now needs to succeed in Afghanistan.

SPIEGEL: Of course, there are other theories about this. For instance: That the president turned to Petraeus because, as a well respected military leader, he is probably the only person in America in a position to tell the Americans, maybe in a year or two, that they cannot win this war.

Riedel: I don't think Petraeus took this job to fail. Petraeus is a winner, and he will find a way to win.

SPIEGEL: Why would someone like Petraeus take on such a hellish task, at the age of 57?

Riedel: He is a remarkably patriotic person. He believes that this war is important to American national security. It is important for the defeat of al-Qaida and its affiliates. Petraeus was one of the architects of this strategy from the beginning. He was an advocate of the counterinsurgency strategy right from the beginning. Obama is going to stick with the strategy now -- at least for his first term as president.

SPIEGEL: Is that strategy -- fewer bombs, fewer civilian deaths, more dialogue with the Afghan people, greater cooperation with local security services -- actually working? June was the bloodiest month ever for US and ISAF troops in Afghanistan.

Riedel: It is way too soon to judge. We still don't have all of the 30,000 or so troops the president committed to send into the field. A counterinsurgency is not like a Normandy invasion. At the end of the day you don't know whether you have put your troops on the battlefield successfully, or not. I don't think we are really going to be in a position to significantly judge this policy's success, or failure, until next spring -- maybe not until next summer.

SPIEGEL: The military, however, is apparently also unhappy with the more moderate approach. Soldiers in Afghanistan say they cannot bomb as much, they don't get as much air support as they used to. And that is why the fatalities are rising.

Riedel: I understand that it (the new policy) means greater risk for troops on the ground, but I think that the logic behind avoiding certain kinds of incidents -- such as fatal air strikes that kill civilians -- is very compelling. And I would expect that Petraeus will continue with that policy.

SPIEGEL: McChrystal was the second Afghan commander Obama fired within a year. Is Petraeus his last chance -- or could he do it a third time?

Riedel: The last time an American president fired his battlefield commander twice in one year was in 1863. The president was Abraham Lincoln and an army was marching into Pennsylvania en route to Gettysburg (during the American Civil war). This is a remarkable thing for a president to do: He is now stuck with Petraeus. He can't have a third commander in Afghanistan during his presidency.