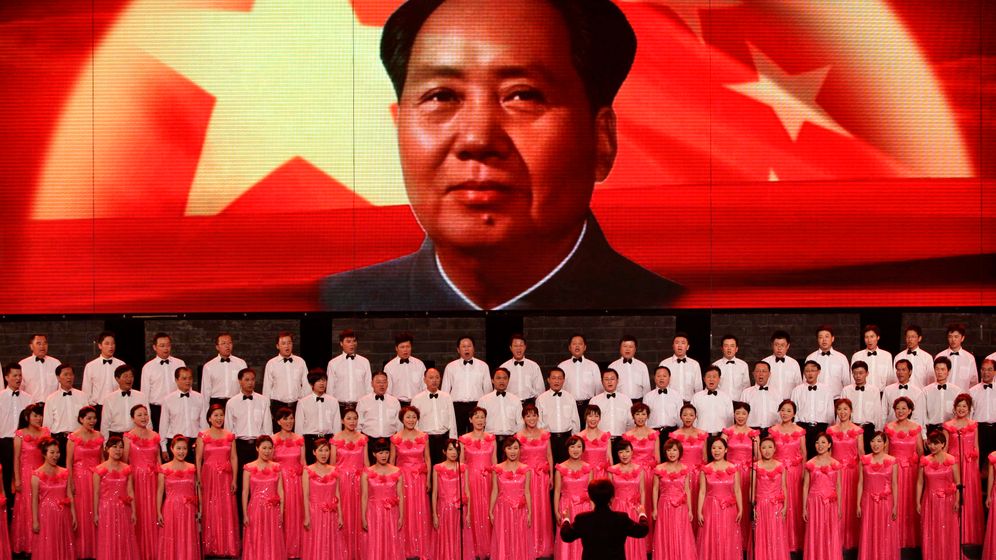 SPIEGEL: Mr. Secretary, you have just celebrated your 88th birthday, meaning you are almost as old as one of the most influential political parties in world history -- the Communist Party of China (CPC), which turned 90 last week. Is it still accurate to call the CPC communist? Is China, the subject of your recent book, still communist?

Kissinger: It is not a communist country in the way it was historically defined -- with state management of the economy, state determination of the distribution of income, total monopoly of every aspect of intellectual life. The reforms of Jiang Zemin in the early 2000s sought to broaden the base of the Communist Party by the doctrine of The Three Represents. But China remains a communist country in the sense that the Communist Party retains a monopoly of political power.

SPIEGEL: And yet you and President Richard Nixon did not shy away from resuming diplomatic relations with China's communist leadership, starting in 1973.

Kissinger: Great Britain and France had established diplomatic relations years earlier. Our talks with Beijing served a clear strategic purpose: We thought that a China and Soviet Union that balanced each other were in the Western strategic interest. Also, we thought it was very important to demonstrate to the American public, at that time divided by the Vietnam War, a new notion of international peace.

SPIEGEL: When you met with the Chinese back then, did you realize the enormous human toll these leaders had inflicted on their own people -- the Cultural Revolution, the Great Leap Forward? Did that not bother you?

Kissinger: These events were a catastrophe.

SPIEGEL: And well-documented at the time of your talks in China. The Great Leap Forward alone cost up to 45 million lives, according to the estimates of historians.

Kissinger: The suffering and starvation were known, but not in their full dimension. In any case, we dealt with China as a state; we did not endorse its moral direction. All of our European allies and Japan applauded this course.

SPIEGEL: Is it a choice you chose because your foreign policy considerations trumped moral ones?

Kissinger: No. Because we thought the promotion of peace was also a moral virtue, and because security was also an important objective. We would have thought that the alternative conclusion would have been not to have any contact with China.

SPIEGEL: Do you believe the CPC will still be around in another 90 years?

Kissinger: The party will have to broaden its base. There are many new forces in China, and the leaders of the current party are proclaiming that changes have to be made. The essential question, of course, is if the Chinese will in time permit the existence of alternative parties.

SPIEGEL: Does the CPC have an ideological core left, or is it now just a convenient power vehicle for the Chinese elites?

Kissinger: The party will develop in the direction of the PRI party (Institutional Revolutionary Party) that ruled Mexico for about seven decades by making pragmatic adjustments. There can be a core ideological component left which, however, will not play the comprehensive role it did in the Mao period.

SPIEGEL: The opening up of relations, which you initiated, has often been hailed as a foreign policy triumph. But it could be argued that it started a process which has now made America weaker and China stronger. The current US trade deficit with China is gigantic, and Beijing holds almost $900 billion in US bonds.

Kissinger: You can say that only if you did not live then as a conscious participant in the debate. When the relationship was started, the idea that China would become an economic competitor of the United States seemed unimaginable. But what was the alternative? If a country of one billion people organizes itself, it is bound to turn into a huge competitor. The fiscal imbalance is not caused by the opening but by unwise American policies.

SPIEGEL: US Secretary of State Hillary Clinton once expressed her frustration with China by saying: "How do you deal toughly with your banker?"

Kissinger: When you owe enough money to the banker, it becomes a mutual suicide arrangement. If the Chinese try to use their position as a banker, they can do it only at the risk of losing the exports that made them a principal banker in the first place.

SPIEGEL: So you would be less worried about US debt to China than Clinton?

Kissinger: It is difficult to judge degrees of worry. I don't believe that the banking relationship as such is unmanageable. It is, however, not feasible for the United States to run huge deficits indefinitely without endangering its general creditworthiness independent of what the Chinese do with debt they have.

SPIEGEL: Clinton was also critical of China's reaction to the Arab Spring. She said the Chinese are "scared" of it and trying to turn back history. How concerned is Beijing about the recent developments in the Middle East?

Kissinger: It is tactically and psychologically not wise to tell a country that has 4,000 years of uninterrupted history that we understand its history better than they do. But no doubt, the potential application of the principles of the Arab Spring to China is a matter of concern to the Chinese leadership.

SPIEGEL: What would happen if social protests were to erupt in China and there was a repeat of the Tiananmen Square massacre? How would the world react?

Kissinger: The American formal position has been that we oppose violence by governments against their people. That principle should not be abandoned. The implications of that in individual cases, though, have to be seen through the context of overall foreign policy.

SPIEGEL: That leaves a lot of wiggle room.

Kissinger: For those human rights issues that we consider of fundamental importance, we have to stand up, but then we also have to understand that a foreign policy price is to be paid for that attitude.

SPIEGEL: You seem to prefer dealing with human rights issues behind closed doors, rather than in public.

Kissinger: I have always said that with respect to China, engagement is preferable.

SPIEGEL: But when China is angry with another country or, for example, with the Nobel Prize Committee for giving an award to Chinese dissident Liu Xiaobo, they say so, loud and clear. That is a double standard -- why shouldn't the West criticize Beijing in public?

Kissinger: I do not criticize people who take a public stand on human rights issues. I express my respect for them. But some people are more influential without a public confrontation.

'Beijing Wants to Improve Relations with the US'

SPIEGEL: When President Barack Obama took office, he tried to reach out to China. But lately the Chinese-American debate has focused on controversies -- arguments at the World Climate Conference in Copenhagen, fierce debates about the Chinese exchange rate or the cool reception Obama received during his visit to China.

Kissinger: Obama would like to improve relations with China. China also wants to improve relations with the United States. What is not happening is finding a grammar for the dialogue, and part of this is a cultural problem. The Americans look at foreign policy as a series of pragmatic issues, partly because every problem that has been recognized as a problem in America has been soluble. So, we deal with the Chinese on a series of specific issues.

SPIEGEL: And it's different for the Chinese?

SPIEGEL: And they would only adjust their currency rate if the Americans were willing to reciprocate?

Kissinger: Exactly. There has to be some American adjustment in some other area of significance to the Chinese.

SPIEGEL: Do the Chinese currently feel they are finally returning to former glories?

Kissinger: The Chinese are often described as a "rising power." But they do not think of themselves as a rising power because, for 18 of the last 20 centuries, their GDP was the largest in the world. They perceive the past century and a half as an aberration and humiliation.

SPIEGEL: You are describing the mindset of Chinese leadership in great detail, but having visited China more than 70 times, have you ever met ordinary Chinese?

Kissinger: I don't know what you mean by "ordinary Chinese." On most visits, I do what I also do in Germany, which is to meet a cross section of intellectuals and people I can reach.

SPIEGEL: You met dictator Mao Zedong several times in the 1970s. What would he think of modern China?

Kissinger: Mao was interested in his notion of the ideological purification of China more than in an economic recovery of China. In our conversations, he showed next to no interest in economic cooperation with the West. So he might consider current China to be too materialistic. He would probably not like the modern "yuppies" in Beijing or Shanghai.

SPIEGEL: "Purity" -- is that really the ideal you associate with Mao?

SPIEGEL: Are the Chinese beginning to think that perhaps Mao was onto something?

Kissinger: The generation of China's former leader Deng Xiaoping (who ruled in the 1980s and 1990s) considered the Cultural Revolution an unmitigated disaster. I believe it to be a huge disaster, too. But there are now people in China who look at the policies launched by Mao as something that might have had some significance, even as it went too far.

SPIEGEL: American businesses that invest in China complain about massive copyright violations. US officials lament so-called "new Chinese colonialism" in Africa. How do you address these issues, given the Chinese sensitivities you described?

Kissinger: On issues that affect the national interest immediately, you defend it. That is normal when you talk about the impact of a nation across its borders. My view is that in the relationship with China, our interests are better served by creating a sense of co-evolution than by constant confrontation.

SPIEGEL: When China becomes involved in other countries, they seem to only be concerned with business interests or natural resources. Unlike America, Beijing has not yet developed ideological missionary tendencies.

SPIEGEL: Will your book be published in China?

Kissinger: I don't know yet. I will not accept abridgments, so it will be interesting to see if it happens or not.

SPIEGEL: Mr. Secretary, thank you very much for this conversation. 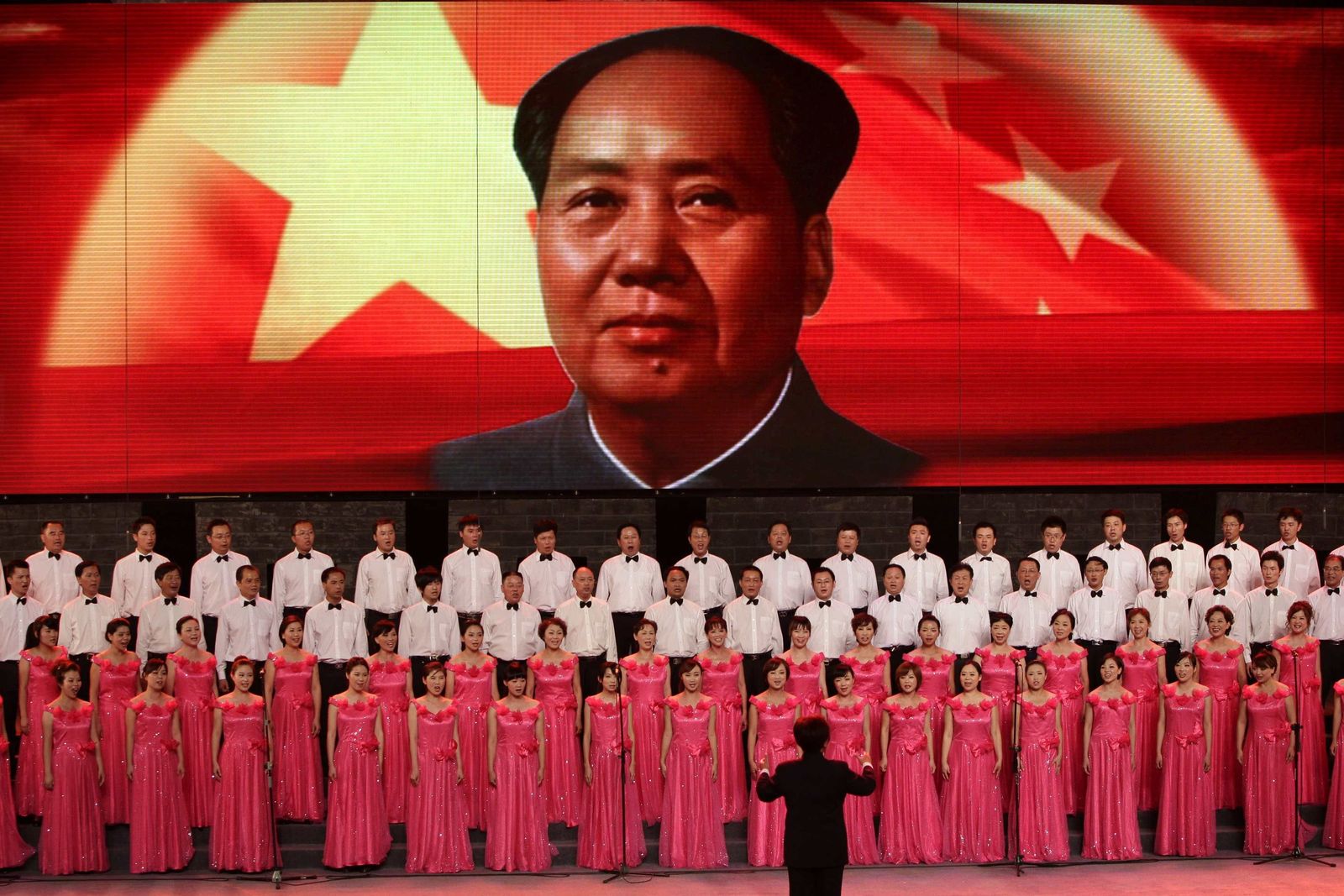 US diplomat Henry Kissinger has just written a book about China, a country he has closely observed for decades. In an interview with SPIEGEL, he allowed that present-day China might not conform to the vision Mao Tse-tung had for the country.