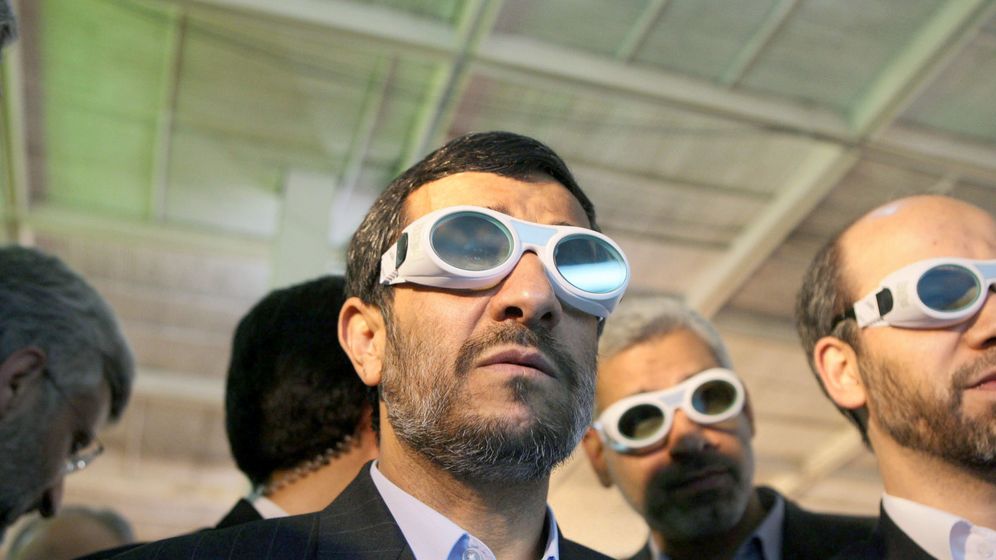 SPIEGEL: Mr. Director General, according to the diplomatic dispatches made public by WikiLeaks, US diplomats in Vienna described your election as their own "victory" and as a "reinforcement of our influence" on the agency? Did that make you uncomfortable?

Amano: ... was a victory for all member nations. Besides, it isn't necessarily a drawback if the United States believes that my election is in keeping with its interests. My job is to represent the interests of all of our members, be it China, Russia or Nigeria.

Amano: Of course I represent the interests of Iran, as long as they involve the civilian use of nuclear energy and Tehran's ambitions serve peaceful purposes.

SPIEGEL: Do they? Cables from US ambassadors indicate that there is considerable mistrust on the part of Iran's Arab neighbors, for example, who fear that Tehran is secretly building nuclear weapons.

Amano: My job is to prevent that from happening. But Iran is a difficult case. We still know too little about Tehran's nuclear activities. And we still don't have answers to all of our questions, which is why we make it clear that Tehran has to cooperate with us more effectively.

SPIEGEL: In other words, the concerns are justified?

Amano: I don't want to speculate about the concerns of others. We deplore the fact that Iran does not inform us in a timely manner. We only learned about the uranium enrichment facility near Qom after satellite images were made public in 2009. The construction of other nuclear plants was not discussed with us ahead of time, but was simply decided upon and announced. We still lack comprehensive information about these plants, which we need if we are to develop trust. The United Nations Security Council's calls for a halt on uranium enrichment are still being ignored.

SPIEGEL: According to the most recent estimates, Iran is only a year away from building a bomb.

Amano: I'm not so sure about that. Despite all unanswered questions, we cannot say that Iran is pursuing a nuclear weapons program.

SPIEGEL: Because you lack the conclusive evidence, the "smoking gun?"

Amano: That's not my choice of words. I'm talking about unanswered questions. What purpose do components for a highly explosive ignition system serve? What are neutron triggers needed for? Are there nuclear developments that suggest a military background? Iran must provide clarity on these issues. That's the point.

SPIEGEL: Even though you emphasize your impartiality, the relationship between the IAEA and Iran is highly charged. Members of the government in Tehran have berated your inspectors as "spies." In a recent SPIEGEL interview, the previous head of the Iranian nuclear energy agency and the country's new foreign minister, Ali Akbar Salehi, charged that you could forfeit your "legitimacy" due to your "partisanship for certain policies."

Amano: Our inspectors in Iran, of which we now have two, are not guilty of anything. We inspect and investigate, all in coordination with the relevant government officials in Tehran. I have since had a personal conversation with Mr. Salehi, and I am in regular contact with the Iranian ambassador to the IAEA. I deliberately avoid a sharp tone on the subject of Iran, but I do call attention to grievances.

SPIEGEL: Shortly after taking office though you reportedly had a long conversation with then chief inspector Olli Heinonen, who recently began teaching at Harvard, in which you pointed out that the tone in the Iran reports had to become tougher.

Amano: I don't discuss tones. I'm interested in facts. And I'm also neither a hardliner nor a soft-liner. But if I do have concerns or doubts, I don't keep them to myself. I want to know everything, and I want clarity, no matter which side is applying pressure. Seen in this light, the tone hasn't become tougher but, with all due respect, more direct.

SPIEGEL: The meeting between Iran and representatives of the global community in Geneva in early December wasn't exactly encouraging. Other than the agreement to conduct further talks, it didn't yield much.

Amano: We have to approach each other to bridge the credibility gap. Every step in the process is important. If the Geneva talks enable us to find a solution to problems with the research reactor, perhaps we can also address other areas of conflict.

SPIEGEL: Meanwhile, the Iranians, despite four rounds of sanctions in the UN Security Council, are continuing to enrich uranium -- to 3.5 percent or, for their research reactor, to as much as 20 percent.

SPIEGEL: But you yourself have not been to Tehran yet.

Amano: I would very much like to go to Tehran, but not just to say hello. There has to be a good reason for a visit. If I travel to Tehran, I want to see progress.

SPIEGEL: Israel, which feels particularly threatened by Iranian President Mahmoud Ahmadinejad, has demonstrated, most recently in September 2007, that it does not shy away from military strikes. In Syria, an ally of Iran, Israel destroyed a complex of buildings where plutonium was presumably being produced. Do you have any new information about Syrian President Bashar Assad's nuclear plans?

Amano: Syria isn't letting our inspectors into the country to examine this location in detail. In a letter to the Syrian foreign minister in November, I was critical of his country's cooperation. We also need progress in this case. And then we have a second problem with Syria: The research reactor in Damascus is under IAEA supervision, and we conduct routine inspections there. We have now found traces of uranium from a source unknown to us, which is something we also want to know more about. We have been given two explanations to date, but we don't consider them sufficient. Even if it's only a matter of a few grams, we still want to know where they came from and why they are there.

SPIEGEL: You are the fifth director general of the IAEA since the agency's founding in 1957, and the first Asian in the position. You were considered an expert on North Korea at the Japanese foreign ministry. How dangerous is dictator Kim Jong Il?

Amano: North Korea is a very serious case. I come from the region and I'm grateful when Iran isn't the only topic of conversation. Unlike Tehran, Pyongyang does have nuclear weapons, and it has already demonstratively tested bombs twice, in 2006 and 2008. There are no inspectors there. Since our people were expelled in the spring of 2009, we no longer receive any direct information.

SPIEGEL: How many nuclear weapons do you estimate the North Korean arsenal contains? Half a dozen bombs? Twice that amount?

Amano: My job is to monitor nuclear programs, provided we are allowed into the country. Pyongyang is not willing to do so. I don't get involved in speculation.

SPIEGEL: Could one of the reasons for your reticence be that you know too little? Your agency is dependent on the legwork done by your member states, whose actions are sometimes decidedly self-serving.

Amano: The cooperation of our members is our greatest support. Of course, I would also like to have more options. We need better monitoring and communication possibilities. But that's a question of money. How much is our work worth to a country?

SPIEGEL: The German government pays a very large contribution, at just under €30 million ($39 million) a year, and is the third-largest donor after the United States and Japan. Berlin, though, does not want to increase its contribution.

Amano: I very much hope that Germany and other countries will approve a moderate increase. After all, we have many other responsibilities besides keeping track of nuclear programs. We are involved in the broad field of nuclear medicine and do work that is literally of life-saving importance. Your money is well-invested with us.

SPIEGEL: Perhaps you will soon be forced to look on helplessly as Pakistan's nuclear weapons fall into the hands of the Taliban. Is a nuclear catastrophe a possibility after all, given the possibility that atomic weapons could end up in the hands of extremists?

Amano: I come from the country onto which two atomic bombs were dropped. I will do everything possible to prevent a recurrence of Hiroshima and Nagasaki. That's why I will be extremely vigilant.