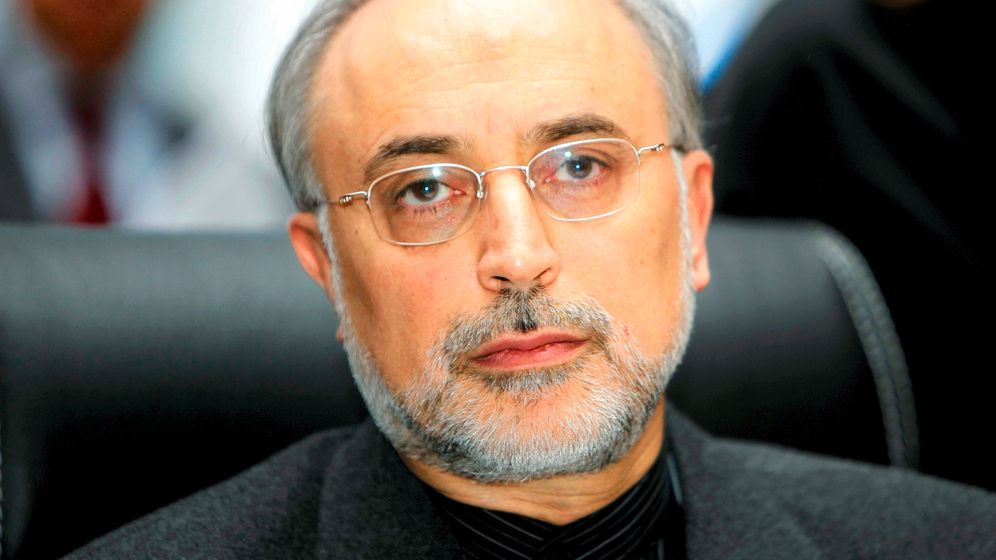 Photo Gallery: The Case of Two German Journalists in Iran

SPIEGEL: Mr. Foreign Minister, two reporters with the Axel Springer publishing group have been jailed in Tabriz for almost 100 days now, merely because they tried to conduct an interview. In addition to being completely inappropriate, this is inhuman.

Salehi: It's unfortunate that this situation arose in the first place. But you mustn't forget what really happened. Two Germans entered Iran on a tourist visa and knowingly broke our laws. They went to Tabriz to report on the case of Sakineh Mohammadi Ashtiani…

SPIEGEL: ... who was sentenced to death by stoning because of an extramarital affair ...

Salehi: ... which is a crime, in the view of our legal experts. But she also committed other crimes and played a part in the murder of her husband. She is a criminal, like many others in the world. Why are people in your country so interested in this woman? Because certain groups are trying to exert political pressure on Iran through their reporting. To that end, they are prepared to break our laws instead of entering the country on work visas.

SPIEGEL: Such visas are rare. Journalists who enter the country nonetheless may be violating regulations, but they certainly aren't committing a crime.

Salehi: It's a violation of our laws. Our courts must take action against this sort of thing. Besides, there is also the suspicion that they were sent by people who are waging a terrorist fight against our country.

SPIEGEL: Do you think it's really appropriate for the two Germans in question to be locked in a windowless cell -- one which is constantly illuminated by fluorescent light -- for many weeks?

Salehi: I reject such claims in the strongest terms. The two reporters are doing well. They are healthy and in good condition. They were even allowed to see their family members. If you compare our prisons with others in the region, you will see that we do our best to provide a humane penal system.

SPIEGEL: Hundreds of prominent Germans -- cabinet members like Defense Minister Karl-Theodor zu Guttenberg, top business executives like Deutsche Bank CEO Josef Ackermann and intellectuals like Nobel laureate in literature Herta Müller -- have called for the immediate release of the reporters. Does this make no impression on you at all?

Salehi: Independently of this campaign, we have pledged to act in conformity with our laws and the benevolence rooted in Islam. You can be sure that the two Germans are being treated fairly. I can promise you that. Our judiciary has proven to be very cooperative to date.

SPIEGEL: Foreign Minister Guido Westerwelle apparently doesn't think so. He too signed the "Petition of the 100."

Salehi: Do you know that my German counterpart was the first to congratulate me on my appointment? In doing so, he also said: I don't expect any firm promises from you in the case of the two Germans. I thanked him for his understanding of my position and told him that I would as a result devote special attention to the case, so as, for example, to make the visit by the relatives possible during the Christmas season. I am pleased that it worked out, with the help of our courts.

SPIEGEL: Our compliments on your good intentions. The truth, however, is that the reporters were paraded and humiliated on Iranian television like political hostages.

Salehi: If that impression was created, I regret it. But it's incorrect.

SPIEGEL: All misunderstandings? The head of the justice department with jurisdiction, in the province of East Azerbaijan, has said that "these two Germans have come here to spy on us."

Salehi: The spokesman for our justice department in Tehran never said those words. You shouldn't assign significance to every remark.

SPIEGEL: Such statements reinforce the impression that hardliners are trying to use the journalists as pawns, as political negotiating tools.

SPIEGEL: That impression is certainly created when you detain reporters for months because of a visa violation. The two men aren't the first from the West to have attracted international attention as defendants in Iran.

Salehi: Let me tell you what attracts attention in our country: When the Americans arrest Iranian diplomats in Iraq, and when a young Iranian is arrested in Germany and extradited to the United States, merely because he was trying to sell pumps to Tehran that America claims could also be used in nuclear plants. Not even his family is allowed to visit him there.

SPIEGEL: You can't seriously be comparing these cases with that of the German journalists. With the help of your judiciary, a bizarre incident took place a few days ago: At a press conference Ashtiani, the woman who has been sentenced to death, threatened to file charges against the German reporters, claiming that they had brought "shame to me and my country."

Salehi: I didn't follow that appearance. But I am familiar with many agitating statements from Germany. I can only warn everyone involved not to worsen the situation. Stay away from insulting words and interpretations. We are doing our best to resolve the case quickly.

SPIEGEL: Before Christmas, it seemed as if the Germans were about to be released. Instead, a family visit on Christmas Eve didn't even materialize. What went wrong?

Salehi: It did work out in the end, but in Tabriz instead of Tehran. It was a humanitarian gesture on the part of our judiciary.

SPIEGEL: The hope was that when the reporters were transferred to Tehran, they would be released and would be able to await their trial as guests of the German embassy.

Salehi: We at the Foreign Ministry are trying to remove obstacles that could lead to delays and difficulties.

SPIEGEL: What can the Germans do?

Salehi: It could be a helpful gesture, for example, if the publishing house and main editorial office would admit that they made a mistake. And if they would apologize for it instead of distorting the issues, and make sure that this sort of thing doesn't happen again.

SPIEGEL: Do you have special expectations of the politicians in Berlin?

Salehi: My colleague Westerwelle and I have discussed this matter on the phone at least five times. The last time we spoke he thanked me for my involvement. Through SPIEGEL, I would like to cordially invite Mr. Westerwelle to Tehran. We should devote all our energy to expanding our relations. We should talk about everything, including this case -- with mutual respect.

SPIEGEL: When do you expect the case to be resolved: in months, weeks or days?

Salehi: In seconds, if it were up to me. But I can only promise to do everything I can to encourage our courts to act fairly and expeditiously.

SPIEGEL: The Koran calls upon the faithful to show compassion. Therefore, we too can call for the release of our colleagues in the name of the holy book of the Muslims.

Salehi: The Islamic Republic abides by the Koran and shows compassion to all living beings. Our revered Iranian poet Firdausi wrote: Torture not the poor ant, for it too has a soul and needs our protection. Please do not give up hope. 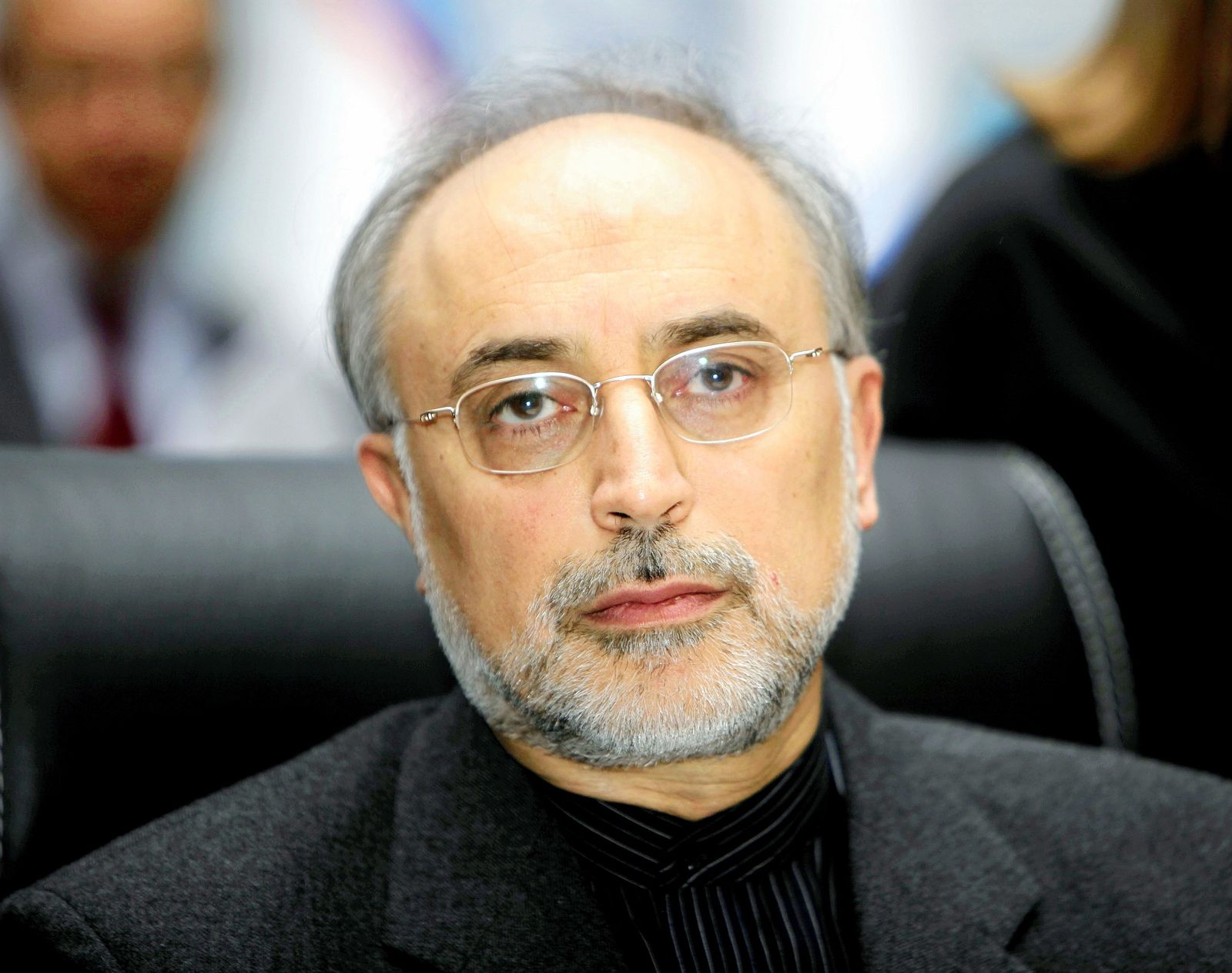 Iranian Foreign Minister Ali Akbar Salehi, 61, spoke with SPIEGEL about the case of two German journalists who were arrested in October while trying to interview the lawyer and son of Sakineh Mohammadi Ashtiani, a woman who was sentenced to death by stoning for having an extramarital afffair. Salehi said "there is ... suspicion that they were sent by people who are waging a terrorist fight against our country."