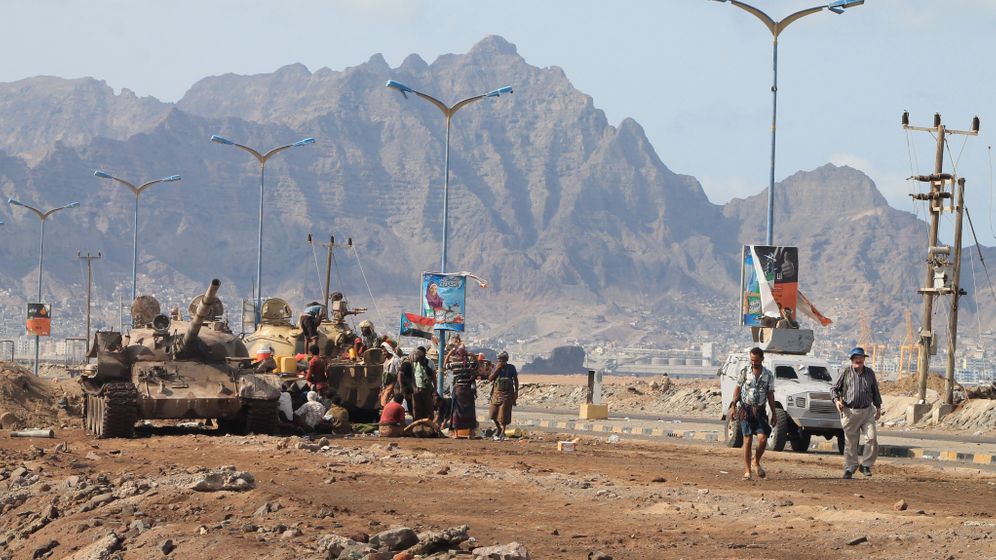 Prince Turki bin Faisal Al Saud is a member of the House of Saud, Saudi Arabia's royal family. Now 70, Prince Turki served as director general of Al Mukhabarat Al A'amah, Saudi Arabia's intelligence agency, from 1977 to 2001. He was later appointed ambassador to Britain and the United States. He was a founder of the King Faisal Foundation and serves as chairman of the King Faisal Center for Research and Islamic Studies. He is the youngest son of the late King Faisal, who ruled from 1964 to 1975 and the brother of Saud Al Faisal, who served as the foreign minister of Saudi Arabia from 1975 to 2015, but was replaced in late April when King Salman announced a major cabinet reshuffle and anointed a new generation of Saudi rulers.

Prince Turki: The King's choices for Crown Prince and Deputy Crown Prince were approved by the Succession Council. Please look up the Basic Law of Governance in the Kingdom.

SPIEGEL: It was not just former Crown Prince Muqrin who was replaced -- so was your brother, Saud Al Faisal, who had been foreign minister for almost 40 years.

Prince Turki: Prince Saud will continue to oversee foreign policy from his new post. His vast experience will be a tool for King Salman, who sets foreign policy, to direct relations with other countries.

SPIEGEL: According to Iran's Supreme Leader Ali Khamenei, "inexperienced youths have taken over the affairs of the state" in Riyadh. How did you react to these accusations?

Prince Turki: I was very surprised, because for someone with his experience to fall into this kind of derogatory outlook means that there is something wrong in his thinking. Whoever is reporting to him is giving him either the wrong information or misinformation.

SPIEGEL: At 30, Prince Mohammed bin Salman who, as defense minister, led the campaign in Yemen, is a very young man indeed.

Prince Turki: We are led by King Salman. He is the one who is directing -- not only the military operation in Yemen but all important issues of internal and external affairs. King Salman became governor of Riyadh at the age of 18. King Abdulaziz began his campaign to unify the Kingdom at the age of 18. People here are evaluated by performance, not by age.

SPIEGEL: In the 1960s you saw the Egyptians fail in Yemen, in the 1980s the Soviets failed in Afghanistan and the Americans later in Iraq. Why are you optimistic about the ultimate success of the enterprise in Yemen?

Prince Turki: Others went to Yemen with the intent to conquer it. In fact, this started with the Romans. Our aim today is to restore what was stripped from Yemen by the actions of the Houthis and former President Ali Abdallah Saleh. The operation had the support of the United Nations Security Council, of the Arab League, of the Organization of Islamic Cooperation and the Gulf Cooperation Council (GCC) and the people of Yemen.

SPIEGEL: Days ago, Yemen's exile government asked the UN to deploy ground forces. In your opinion, which results have to be achieved and when in order for you to call the Yemen operation a success?

Prince Turki: I don't think that there is a time limit here. Abed Rabbo Mansour Hadi, the legitimate president of Yemen, asked for international support. The coalition of the GCC states plus Egypt, plus Jordan and other states, has the aim of making all political groups in Yemen -- including the Houthis -- join a political settlement. This campaign never had a military aim, it is a political enterprise.

SPIEGEL: The Kingdom has officially ended the military phase of its campaign. However, air attacks are continuing. The Houthis still control wide parts of Yemen and the humanitarian situation is deteriorating. What have these air strikes achieved?

Prince Turki: I don't know where you get your information. If you follow the statements of the coalition spokesman, you will know that the Houthis have been pushed back in Aden, Taiz, Hodeida and other locations.

Prince Turki: The UN Security Council has condemned the Houthis. Saudi Arabia and its allies continue to support President Hadi's call for the national dialogue, which includes all Yemeni parties, among them the Houthis, to resume. The Houthis will have to return all the weapons that they stole from the Yemeni army, evacuate all the cities that they captured by force, and release all the prisoners that they took, before they are allowed to join the dialogue.

SPIEGEL: Which concrete evidence do you have of of Iran's involvement in Yemen? Can you prove weapon shipments have taken place?

Prince Turki: There seems to be a blinkered view by Western governments and Western media about Iranian interference. Even during former president Ali Abdallah Saleh's fight against the Houthis, he displayed weapons that had been smuggled in from Iran. When President Hadi came into office, a shipload of such weaponry was captured. And just a few days ago identity cards of Iranian Revolutionary Guards and military personnel captured during the fighting were put on display.

SPIEGEL: The Iranians deny all this.

Prince Turki: Wouldn't you expect them to? They even deny that they have forces in Syria. In his anniversary speech, President Hasan Rouhani applauded Iranian support, as he said, for the people of Yemen, Syria, Lebanon and Iraq. I would take that as evidence that he himself has approved this kind of support.

SPIEGEL: With Rouhani's radical predecessor Mahmoud Ahmadinejad out of the way, a new leadership in Saudi Arabia and a framework for a nuclear deal with Iran, is it not high time for a Saudi-Iranian rapprochement?

Prince Turki: You should put this question to President Rouhani. When he came in as president, he talked about improving relations with Saudi Arabia. Yet on the ground he seems to have expanded Ahmadinejad's policies in the region: Iranian involvement in Syria, Iraq, Lebanon and Yemen has increased under President Rouhani. We on the other hand have said publicly, both under King Abdullah and under King Salman, that we would like to have good relations with our neighbors. From Saudi Arabia's view our hand is extended. It is up to the Iranians to take it.

Prince Turki: Have you looked at the Iranian press? There are more than 20 radio and TV channels broadcasting hate, vilification and anti-Arab sentiment from Iran into the Arab world. If there is an expression of animosity towards Iran in our media, that is understandable.

SPIEGEL: Syria and Iraq are devastated by civil war, Egypt is plagued by domestic issues. Does Saudi Arabia intend to take on the role of leader within the Arab world?

Prince Turki: We have never seen ourselves as a unilateral leader in the Arab world, we have always worked with other countries. The recent operation in Yemen is an example.

SPIEGEL: But the Kingdom has achieved its most remarkable successes -- such as the Taif agreement which ended the Lebanese civil war -- with diplomacy. But In Yemen, you have been acting as a military power.

Prince Turki: In 1960, when the late General Abdul-Karim Qasim declared that Kuwait was part of Iraq, Saudi Arabia participated in an expeditionary force sent to Kuwait by the Arab League. We also sent troops after the Six-Day War in 1967 to Jordan and the Arab-Israeli War of 1973 to Syria, not to mention the Arab League expeditionary force to Lebanon in 1976. In 1991, it was a Saudi Arabian general, Prince Khalid bin Sultan, who directed the Arab-Islamic coalition during the liberation of Kuwait alongside General Norman Schwarzkopf on the American side. The Kingdom's ability and willingness to participate in military campaigns in support of Arab countries has been there from the beginning.

SPIEGEL: You have accused the international community of "criminally" neglecting and exposing the opposition during the early months of the Syrian conflict. Looking at the deeds of the Islamic State (IS) today, can you rule out that the Kingdom, or at least individual citizens in the Kingdom, have supported the IS?

Prince Turki: I can rule that out completely, even individuals. We have put in place probably the strictest regulations in the world on any contributions that leave the Kingdom. We combined both the US' and the United Nations' systems in our banking and money transfer regulations here in the Kingdom. In the past, we have prosecuted and imprisoned people for giving support to al-Qaida. If Fahish, as I call this organization, (Arabic for "obscene") has received any individual contributions, those who make the claim should be able to tell us who these people are. But to continually say that princes, sheiks and personalities from Saudi Arabia, Qatar and the United Arab Emirates have contributed to this movement, without providing evidence, is unacceptable.

SPIEGEL: Around 50 years ago, your father, the late King Faisal, abolished slavery and introduced girls' schools. He modernized Saudi Arabia. But to this day, the Kingdom shocks the world with draconian punishments like the one against the blogger Raif Badawi. Where is Saudi Arabia headed under King Salman?

Prince Turki: The Kingdom is going forward, it always does. King Salman served King Abdulaziz, King Saud, and King Faisal, he served under Kings Khaled, Fahd and Abdullah. He has been part and parcel of the reforms which have made the Kingdom what it is today. And if there is an example of a people moving from one stage of social and political development to another -- take the Germans: It has only been 70 years since Germany was ruled by the Nazis, who committed the most horrible crimes. And where is Germany today? They have come a long way. We look inward every day at what we do. We try to learn from our mistakes and improve our conduct. This cannot happen overnight. But it does happen.