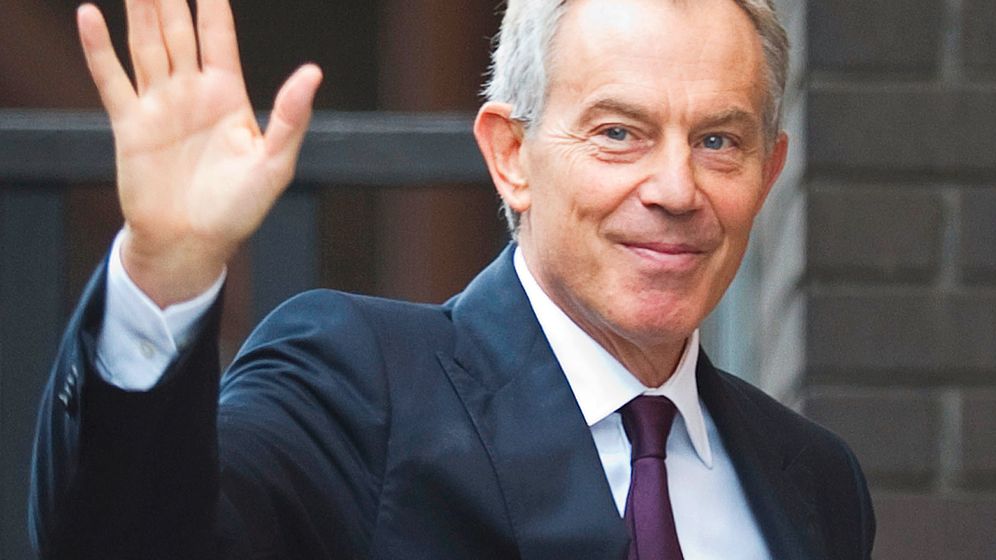 Photo Gallery: 'I Spend Most of My Time Now on the Peace Process'

SPIEGEL: Mr Blair, you write in your new memoir "A Journey" that religion has always been more important to you than politics. Yet you rarely mention in your book how religion has shaped your political views. Why?

Tony Blair: Contrary to some popular wisdom, I never thought God could substitute for political judgment. I was a political leader, not a religious leader.

SPIEGEL: So God never spoke to you directly?

Blair: Your faith gives you strength to do what you think is right and obviously it gives you values. But that's it. You can't go into the corner and ask God what the minimum wage should be next year.

SPIEGEL: Did your shared faith help you form a closer bond to former US President George W. Bush?

Blair: No. We agreed on one central issue and that had to do with security, not religion. On 9/11, when 3,000 innocent people died in the streets of New York, the whole foreign policy of the US pivoted, as it certainly also did for me. We agreed that you simply cannot take chances with this security threat. If they could have killed 300,000 people on that day, they would have. The calculus of risk changed. That was the view I took then and hold on to now. Apart from that, I disagreed with President Bush in lots of areas, for example on climate change or on the Middle East, from time to time.

SPIEGEL: When your book came out last week, you were in Washington in your capacity as the Middle East Quartet's special envoy. You witnessed the birth of the newest Middle East peace initiative in the White House. Will this one succeed?

Blair: There are good reasons to be optimistic. President Obama has made this a core strategic priority for the US. At the small dinner that we had, he was incredibly focused and on top of the detail of what needs to happen.

SPIEGEL: Do you see any progress in the region?

Blair: I spend most of my time now on the peace process. We are helping the Palestinian Authority build its capacity to govern. What is happening in the West Bank is extraordinary. The Palestinian Authority provides security. As a result, many checkpoints to Israel are open. As a result of that, the economy is growing. I was in Nablus last week. A year ago, unemployment was 30 percent -- today it is 12 percent. These are big changes. Gaza, on the other hand, remains a huge problem.

SPIEGEL: Didn't you clearly miss a historic chance as Bush's most important ally? In return for your support on Iraq, you could have extracted a far-reaching deal from the Bush administration on a solution for the Middle East.

Blair: It is correct that I wanted a bigger push on the peace process. But you can't trade issues like that. Either we had to deal with Saddam or we didn't. And please don't ignore what we did agree on. We produced the "roadmap for peace" which is still the determining document for the way forward.

SPIEGEL: The last American troops have just left a fragile Iraq. How worried are you that the country will slip back into chaos and civil war?

Blair: Of course you have got to be worried about it. But the Iraqi military capability has come on enormously. Iraqis have got the chance now to rebuild their country.

SPIEGEL: In the summer of 2003, you said during a visit to Basra: "When people look back on this time and on this conflict, I honestly believe that they will see this as one of the defining moments of our century." Do they?

Blair: We'll have to wait and see what happens. But if, as I hope, Iraq will stabilize and the country will move forward and the democratic institutions remain upright as they have, even through all the hard times, it will be a very important moment of change in the Middle East.

SPIEGEL: Afghanistan, the other theatre of war you left behind, looks even worse.

Blair: The reason we have a problem in Afghanistan is the same as in Iraq. There is this movement that is based on a perverted view of Islam. These people are prepared to fight using terrorism, and they are prepared to stick at it for a long time. Part of it is sponsored by Iran. We have got to have the strength to stand up to them and fight back, even if it takes many years.

SPIEGEL: How would you deal with Iran?

Blair: I would say quite clearly to Tehran: You must not develop nuclear weapons capability. If you carry on, we will stop you.

SPIEGEL: Would you be prepared to go to war?

Blair: I would do everything we possibly could to avoid the military option, but I wouldn't take that option off the table. If sanctions don't work, we will be faced with some very difficult choices. A nuclear-armed Iran would hugely destabilize the whole of the Middle East. We would make a big mistake if we don't understand that.

SPIEGEL: Do you regret not being prime minister any more?

Blair: From time to time. But I love my new life, actually.

SPIEGEL: Last year, you tried to become the first president of the Council of the European Union.

Blair: I would have liked the job if people had wanted me to do it. Who knows, maybe I'll do another public service job another time. We now have the most enormous opportunity in Europe. We are the biggest economic union in the world. That gives strength to our individual countries. We have got to use that strength. At the same time, power is shifting to the East. We must watch China, India and also Indonesia. We have got to adjust to this and we have got to do it radically, otherwise we will be left behind. That's why it is so crazy for Britain to be euroskeptic.

SPIEGEL: In your memoir, you hardly write a bad word about former German Chancellor Gerhard Schröder. But it is well known that you two didn't get along well.

Blair: Obviously we disagreed. But I always had great respect for his reform program and I don't think he gets the credit he deserves for that. It was very important for Germany's future.

6 Bilder Photo Gallery: 'I Spend Most of My Time Now on the Peace Process' 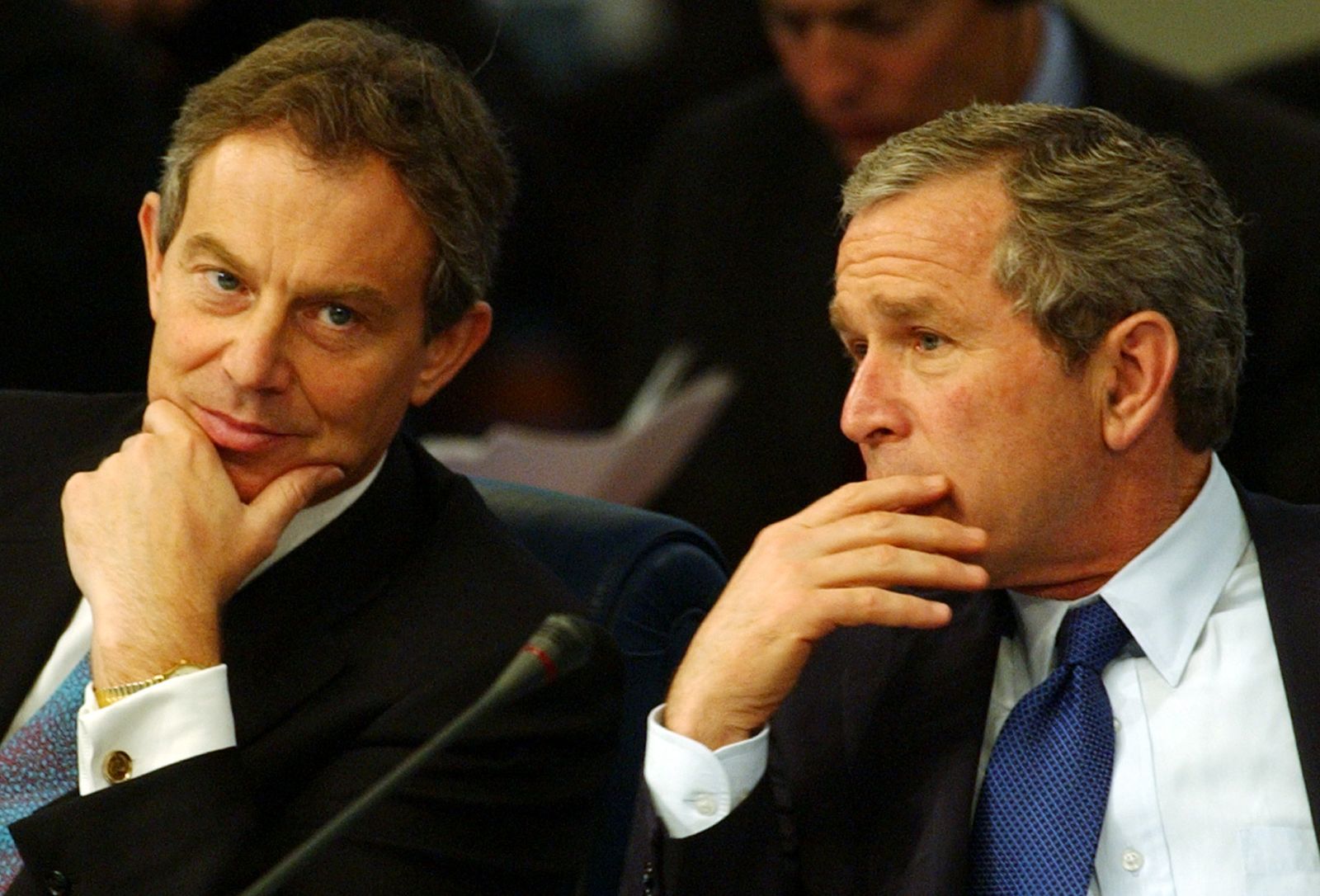 In the SPIEGEL interview, Blair denied that he was beholden to President Bush and the United States' foreign policy agenda. "I disagreed with President Bush in lots of areas, for example on climate change or on the Middle East, from time to time," Blair said. 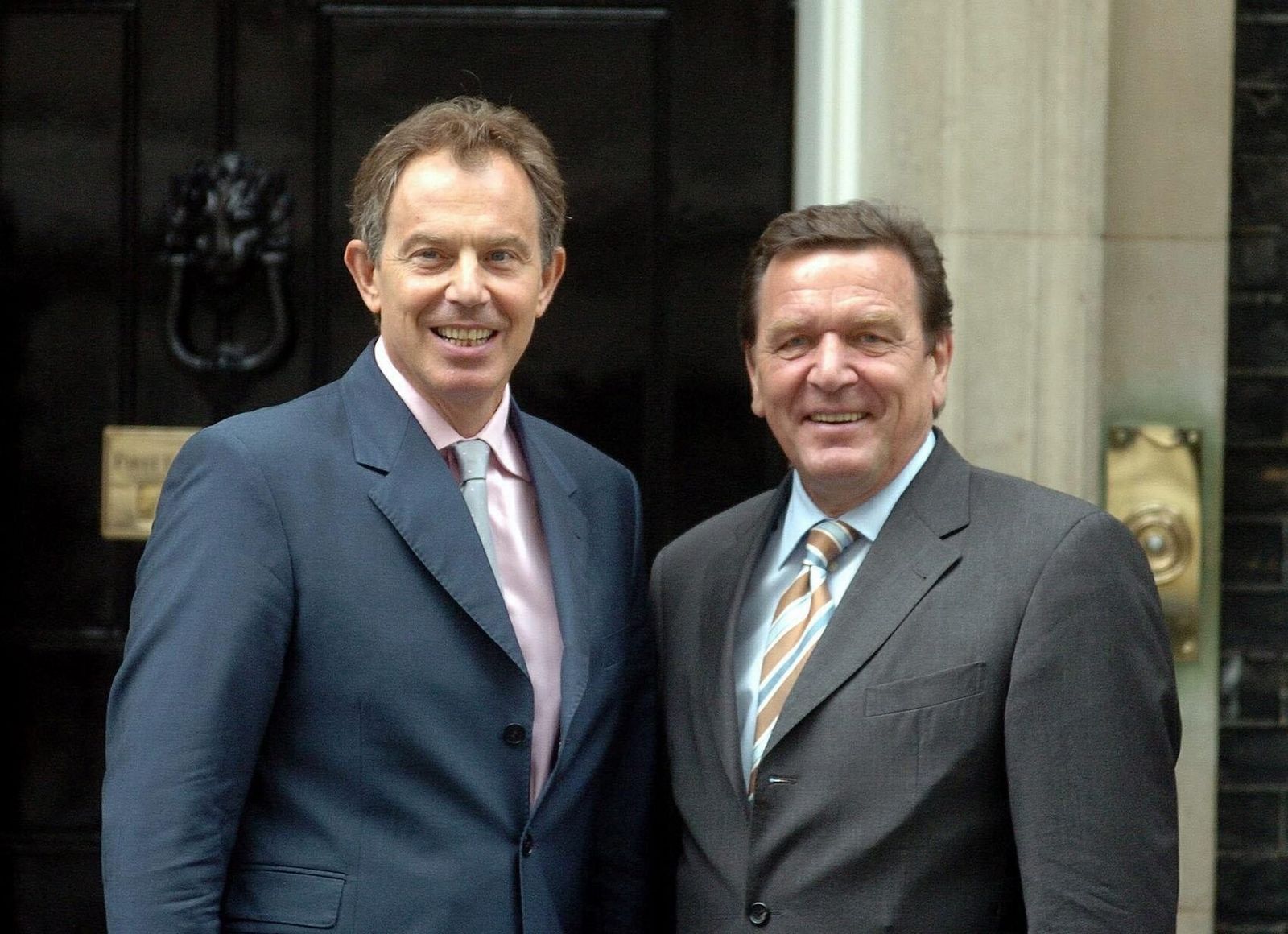 Blair hardly writes a bad word about former German Chancellor Gerhard Schröder, one of Europe's strongest opponents to the Iraq war, in his memoir. "Obviously we disagreed," he tells SPIEGEL. "But I always had great respect for his reform program and I think that he gets the credit he deserves for that. It was very important for Germany's future."