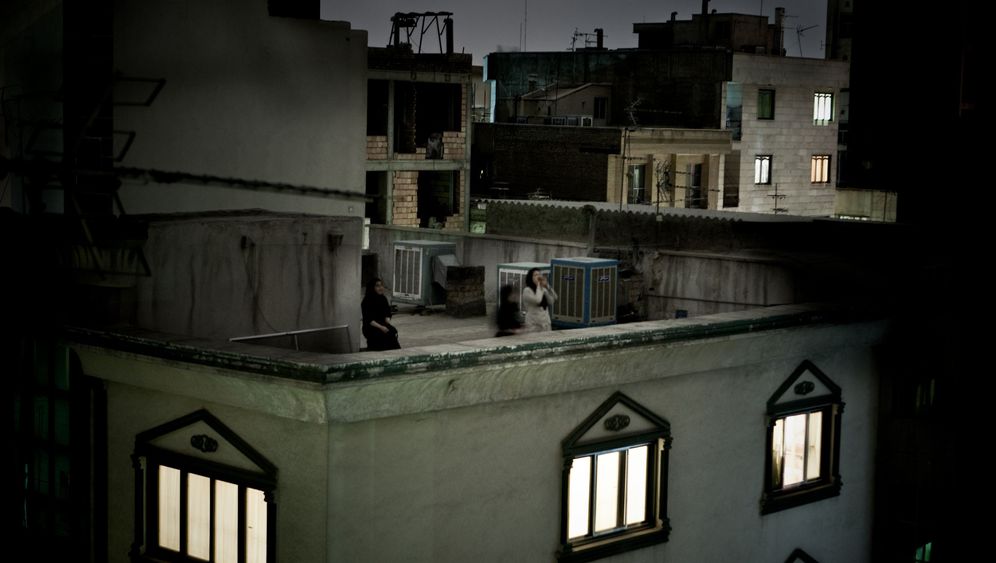 SPIEGEL ONLINE: After the Iranian elections in June 2009, there were demonstrations and riots almost daily on the streets of Tehran. Why did you photograph the rooftops rather than the action on the street?

Pietro Masturzo: There were no other options. Three days before the election I was arrested, along with another Italian colleague. After I was released it became clear to me that it was extremely dangerous to report further from the streets of Tehran.

SPIEGEL ONLINE: Why? What had happened?

Masturzo: I traveled to Iran -- a country that had fascinated me since I was a student -- as a tourist. Arriving there one week before the elections, I knew I had to be careful because it could be dangerous to be on the streets taking pictures without a journalist's visa. But as a photographer I am happy to forget about those sorts of dangers.

SPIEGEL ONLINE: What happened when you were arrested?

Masturzo: One evening before the elections I was with some colleagues on Valiasr Street. We were taking pictures of supporters of (opposition leader Mir Hossein) Mousavi in front of a large poster of the Ayatollah Ruhollah Khomeini. Suddenly a number of Basij, the state-controlled volunteer militia, roared up to us on motorbikes. These men asked us what we were doing and why we were taking pictures, then took us to the police station. There they checked out our equipment and confiscated our digital memory cards. They questioned me non-stop: Who was I? Why was I making propaganda against the Islamic Republic? I tried to convince them that I was a tourist and that I was traveling on to (the popular tourist destination of) Persepolis the next day.

SPIEGEL ONLINE: You said you were held by the authorities for three days. Did you have to sleep in a cell?

Masturzo: At that point my colleague and I were staying in a hotel. The Basij brought us back to the hotel every night, then picked us up again at seven in the morning to take us to various police stations. After three days we were freed, without charge. 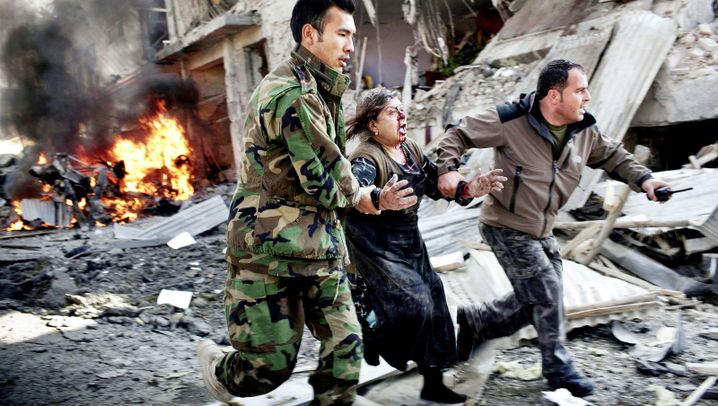 SPIEGEL ONLINE: What happened later, on the rooftops of Tehran?

Masturzo: During the days before the election I had got to know a lot of people on the streets of Tehran, from different parts of the city and from all levels of society. A few invited me to spend the night with them, something that is not unusual in Iran. After I was freed, I started to spend every night with a different family. That first night after the election, I began to hear the call of "Allahu akbar" ("God is great"). With this nightly call, the people were protesting against the fraudulent election results and against the brutal tactics used by the state security forces.

SPIEGEL ONLINE: Did you know immediately that this form of protest would make a good subject for photography?

Masturzo: Yes, even that first night I was certain of that. The family I was staying with spent half the night talking about the highly symbolic meaning of that call. They talked about the Islamic revolution 30 years previously and how, back then, the call of "Allahu akbar" was a form of civil disobedience against the regime. I decided to make a series of pictures about that topic.

SPIEGEL ONLINE: Did the people you were photographing know you were taking pictures of them?

Masturzo: Often they didn't. The ones who did know I was taking their pictures asked me to make sure they wouldn't be recognizable in the pictures.

SPIEGEL ONLINE: What were the circumstances around the photo that won you the prize?

Masturzo: It happened on one of the first evenings after the elections, when the pressure on the streets was almost unbearable. I was staying with a family in a very conservative working class neighborhood of Tehran. As I did every evening, I went onto the rooftop to look for photo opportunities and on the roof opposite, I saw these three women in very traditional dress. They were calling on God in protest against the results. I found a good position, where I could keep the camera stable and took the picture using a long exposure.

SPIEGEL ONLINE: Were you able to speak to the women?

Masturzo: No, I never found out who they were. I don't know if I could even find my way back to the roof from which I took the picture.

SPIEGEL ONLINE: In Iran the decision to award you the prize for World Press Photo of the Year has been controversial. Why?

Masturzo: There has been a lot of criticism on various Web sites that I got the prize for taking a picture on the rooftops while other people were risking their lives to show the riots on the streets. A lot of young Iranians who photographed the riots on the streets under conditions of great danger objected to this. For instance, one young photographer sent me an email suggesting that I only got the prize because I am a Westerner.

SPIEGEL ONLINE: Does this upset you?

Masturzo: Photography can be debated and there should be no limits on that debate. Iranian colleagues certainly risked more than I did; they put their lives at risk. But when you're telling a story, you also need to use your wits. I believe you don't have to risk your life to tell a good story. I just had a good idea, that's all. During the demonstrations in Tehran I saw a lot of people with cameras. But when I looked at their photos later on the Internet or on television, there were none of the rooftops. Anyway, I also got a lot of support -- a lot of people thanked me for showing a different side of Iran.

SPIEGEL ONLINE: Will your life change now that you have won this prestigious prize?

Masturzo: Up until now it's been hard to make a living as a freelance photographer. I am hoping that it will get a little easier.