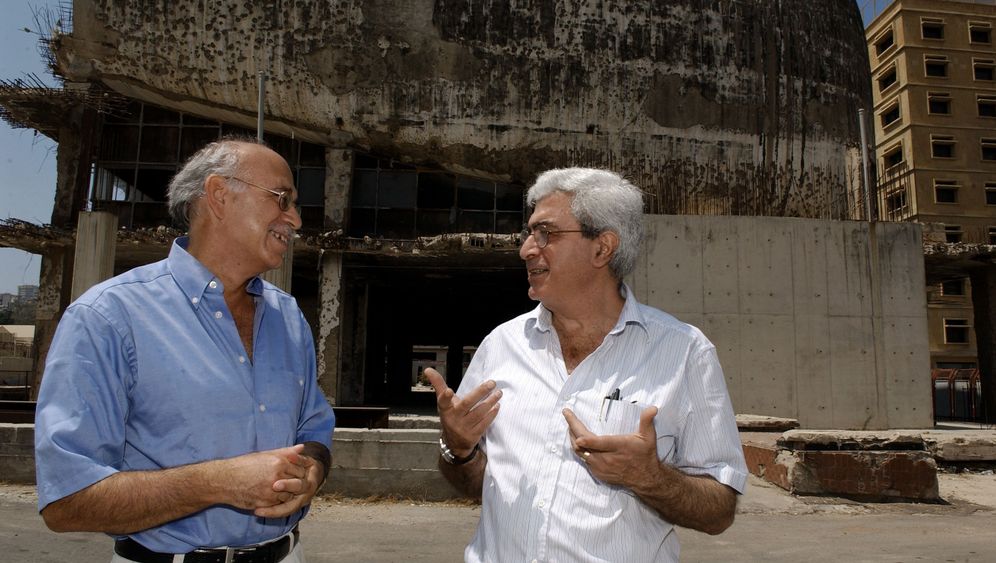 Eight years ago, or back in the days when Hezbollah still liked me, I wanted to interview one of the organization's leaders in Beirut and found myself caught up in its well-oiled bureaucratic cogs.

First, Hezbollah's "Media Relation Department" had me fill out a form. This included all the usual questions, such as how long I had been a journalist, where and what I had studied, then a request to "please provide exact details" on my nationality and religious affiliation, as well as that of my father and mother, followed by my date and place of birth. Then came the somewhat more unusual question of whether I had ever visited the "Zionist entity."

Of course, I knew this was the term Hezbollah, the radical Shiite "Party of God," uses to describe Israel. But whether I should answer the question truthfully was less clear. In the end, I decided not to lie about my visits to Jerusalem. I had also published a book about Israel the previous year, and it had been issued in Arabic as well. So, if Hezbollah felt this "contact with the enemy" was reason enough to turn down my request to interview one of its leaders, then that would be that.

Twenty-four hours later, I received a call telling me to show up at the organization's headquarters in the Beirut suburb of Haret Hreik later that afternoon. When I arrived, I was greeted by a young woman wearing jeans and a turtleneck. She told me that Hezbollah had looked over my information, and that my book about the Mossad, Israel's foreign intelligence agency, contained "some true points along with extensive enemy propaganda." I didn't get a chance to ask exactly which points those were.

Then things got serious. The PR woman pulled a black abaya, the floor-length robe worn by many Arab women, over her Western outfit. Then we were escorted into the office of Mahmud Kumati, one of the deputy heads of Hezbollah. Only then did it occur to me that I hadn't mentioned my book on the form.

The interview went forward with relatively few surprises. "The Jews" had occupied Arab land and needed to be defeated militarily, Kumati said. However, he continued, Hezbollah was unaware of having committed any terrorist acts against civilians -- a bold statement given the attacks it had carried out in Argentina in the mid-1990s. He also stated that the organization fights only "in our own land and for our own land," which apparently includes all of Israel. Hezbollah, he added, is not only a militia, but also a social organization and a normal political party that abides by the democratic process. Iran and Syria both support Hezbollah, he said, but he knew nothing about any weapons deliveries from them.

SPIEGEL printed excerpts of this interview in the summer of 2005. Four months later, I received a New Year's card from the "Hezbollah Media Relation Department." The next January, I once again received their good wishes by mail. I showed off the card, feeling privileged -- that is, until I met Neil MacFarquhar, who had been the Middle East correspondent of the New York Times for several years. MacFarquhar silently handed me his own card from Hezbollah, which he received with a personalized greeting for his birthday.

Years passed, and I never received a birthday greeting of my own. (Perhaps I had written my date of birth illegibly on the form?) But the New Year's cards continued to arrive like clockwork -- or at least until I ended up on Hezbollah's blacklist.

Rumors of a Hit Squad

This happened after Rafik Hariri, Lebanon's Sunni prime minister for many years, was assassinated in February 2005. At the request of the Lebanese parliament, an independent United Nations committee launched an investigation.

In the spring of 2009, sources involved in the Lebanon tribunal in The Hague provided me with documents showing that the judges had evidence of Hezbollah involvement in the assassination, and that four members of the organization would be indicted. SPIEGEL published this information, including the names of the alleged terrorists. Hezbollah vehemently denied the accusations.

Over a year later, however, the Special Tribunal for Lebanon confirmed what SPIEGEL had published, finding Hezbollah guilty and issuing warrants for the arrest of the four high-ranking members of the organization named in the SPIEGEL article as the main suspects.

Hezbollah leader Hassan Nasrallah announced in a televised address that he would file libel charges in Lebanon against both me, as the author, and SPIEGEL's editors. And of course, he added, he would not hand over the accused -- who were "commendable fighters" -- to the tribunal. In fact, he threatened to cut off the hand of anyone who tried to do so.

When January rolled around, I didn't receive my usual New Year's card from Hezbollah.

Nasrallah's announcement has made it impossible for me to travel to Lebanon and made Beirut, one of my favorite cities, a personal no-go area. In fact, one Western intelligence agency purports to know of a hit squad waiting for me if I should ever show up there. That strikes me as a bit far-fetched. But considering the group's other bloody acts of revenge against "traitors" in the past, it can't be ruled out entirely.

Risky Involvement in the Syrian War

Hezbollah is facing existential questions these days, primarily because of the conflict in Syria. It appears that, at first, Hezbollah truly did try to keep out of the conflict between the rebels and government of President Bashar Assad. The radical Shiite militia's armed struggle is supposedly meant to solely target "Zionist occupiers," as was emphasized during my interview at Hezbollah's Beirut headquarters. Nasrallah undoubtedly knew that the price of fighting against an Arab opponent in an Arab country would be a loss of support for both Hezbollah and himself personally. But as his Syrian backers continued to lose ground, Nasrallah eventually decided to send his Hezbollah fighters into the fray.

It wasn't until late May 2013 that Hezbollah publicly admitted to fighting on Assad's side. In the battle for the strategically important city of Qusair, Hezbollah fighters even assumed overall command of the operation, helping Assad's forces to victory.

Hezbollah's PR machine came into play in this case, as well, organizing trips to the front for entire busloads of journalists. These reporters were even brought a few hundred meters into Syrian territory, where they were allowed to record their segments with columns of smoke in the background. The Süddeutsche Zeitung, a leading German newspaper, dubbed this highly filmable but macabre road show "Hezbollywood."

Still, Hezbollah's overall situation is nothing to joke about. In recent months, Israel's air force has bombed multiple deliveries of modern arms bound for fighters in the region along the Lebanese-Syrian border, and Syrian rebels have fired rockets at individual targets in southern Beirut in retaliation for Hezbollah's involvement in Qusair. What's more, resentment is growing among the inhabitants of Lebanon, where Hezbollah hasn't been this unpopular for a long time.

What's more, this fall will bring a further embarrassment, when the tribunal in The Hague will begin its trial against the four indicted Hezbollah members "in absentia."

And, on July 22, the European Union added the military wing of Hezbollah to its list of terrorist organizations, freezing members' bank accounts. This came in response to a suicide bombing in Burgas, Bulgaria, last June that killed six Israeli tourists. A clear trail of evidence led back to Hezbollah's headquarters in Beirut.

Still, there has been one upside to Hezbollah's PR campaign: Presumably to avoid giving off the impression that it holds others guilty by association, those under Nasrallah have expressly exempted my colleague, SPIEGEL ONLINE Middle East correspondent Ulrike Putz, from criminal prosecution.

My friends and acquaintances tell me that Beirut is still the freest and most fun-loving city in the Middle East, a place where each evening, when the summer heat abates, the young and the beautiful stroll the beach boulevards -- showtime in the Levant.

That's the Beirut I remember from my first trip 45 years ago, when I shouldered my backpack and boarded a bus in Damascus bound for Beirut via Baalbek. Back then, Lebanon was known as the "Switzerland of the Middle East."

On my last visit, in 2009, Beirut was still a city like no other. Young Christian women in skintight jeans, high heels and super-skimpy tops flirted with tanned beach boys, while young Sunni women promenaded more demurely, in casually wrapped, brightly colored headscarves and designer jeans. Here and there were just a few women covered head to toe, occasionally mocked as "ninjas" or "black moving objects" by disrespectful boys, but generally respected by all.

Will the Syrian War Spill Over into Lebanon ?

In its best moments, this city is a place of the eternal avant-garde, effortlessly uniting the seemingly irreconcilable. Indeed, Beirut is a blue-blooded bastard, the child of Western fathers and Arab mothers, addicted to pleasure, susceptible to catastrophe -- but resilient, immensely resilient.

On my last visit, it seemed like the danger of seeing the very worst of times repeat themselves there had been averted. But now no one can be so sure anymore. It seems like the fighting in Syria might very well spill over into Lebanon, where a heavily armed Hezbollah functions as an unpredictable state within a state.

Who knows, perhaps this year I'll get a birthday card from Hezbollah's media relations office, informing me that my "case" is no longer being prosecuted and enclosing an invitation to Lebanon.

I'd be on the first plane out.