Donald Trump has now been president of the United States for two weeks. It literally pains me to write about all that has happened in these first days. The president of the U.S. is a racist. He is attempting a coup from the top; he wants to establish an illiberal democracy, or worse; he wants to undermine the balance of power.

The article you are reading originally appeared in German.

With his style of rule -- his decrees, his appointments and his firings -- he is dividing Washington and the rest of the country. Our cover story this week, which will be published in English on Monday, describes how Trump's inner circle works and how insecurity has grown among government officials. It sheds light on the role of Stephen Bannon, the former head of the right-wing news portal Breitbart News, who has become Trump's Faust, his chief ideologue and the man pulling the strings in the White House. Bannon is also a man who loves wars -- he sees them as being thoroughly advantageous.

During the course of his reporting on the cover story, SPIEGEL Washington correspondent Gordon Repinski met with government officials who spoke of their worries and their pangs of guilt. "They are considering whether the right thing to do would be to leave the government or to put up resistance from within," says Repinski. In London, my colleague Peter Müller spoke with Ted Malloch, who is considered Trump's favorite for the post of ambassador to the European Union -- a man who has praised Brexit and predicted the collapse of the euro.

The problem will not resolve itself. German business is the opponent of American trade policy, the German democracy is the ideological opponent of Donald Trump, but even here, in the middle of Germany, right-wing extremists are trying to give him a helping hand. It is high time that we stand up for what is important: democracy, freedom, the West and its alliances. Germany, of all countries, the economically and politically dominant democracy in Europe, will have to form the alliance against Trump, because it won't otherwise take shape. It is, however, absolutely necessary.

The image for this week's cover was created by the artist Edel Rodriguez. Edel was nine years old when, in 1980, he came to the U.S. with his mother -- two refugees, like so many others. "I remember it well, and I remember the feelings and how little kids feel when they are leaving their country," he told the Washington Post on Friday night. The newspaper wrote: "This DER SPIEGEL Trump cover is stunning." It wasn't the first time Edel has drawn Trump. He usually portrays him without eyes -- you just see his angry, gaping mouth and, of course, the hair. "I don't want to live in a dictatorship," he says. "If I wanted to live in a dictatorship, I'd live in Cuba, where it's much warmer."

Finally, in a SPIEGEL interview, my colleagues Horand Knaup, Markus Feldenkirchen and I asked Martin Schulz, the center-left Social Democratic Party's candidate challenging Angela Merkel in this year's chancellor race, what he thought of Trump. "Contemptible. He crosses the boundaries of every basic consensus that a democracy needs! It's staggering."

A selection of stories from the issue will be published in English this week at Spiegel.de/international. 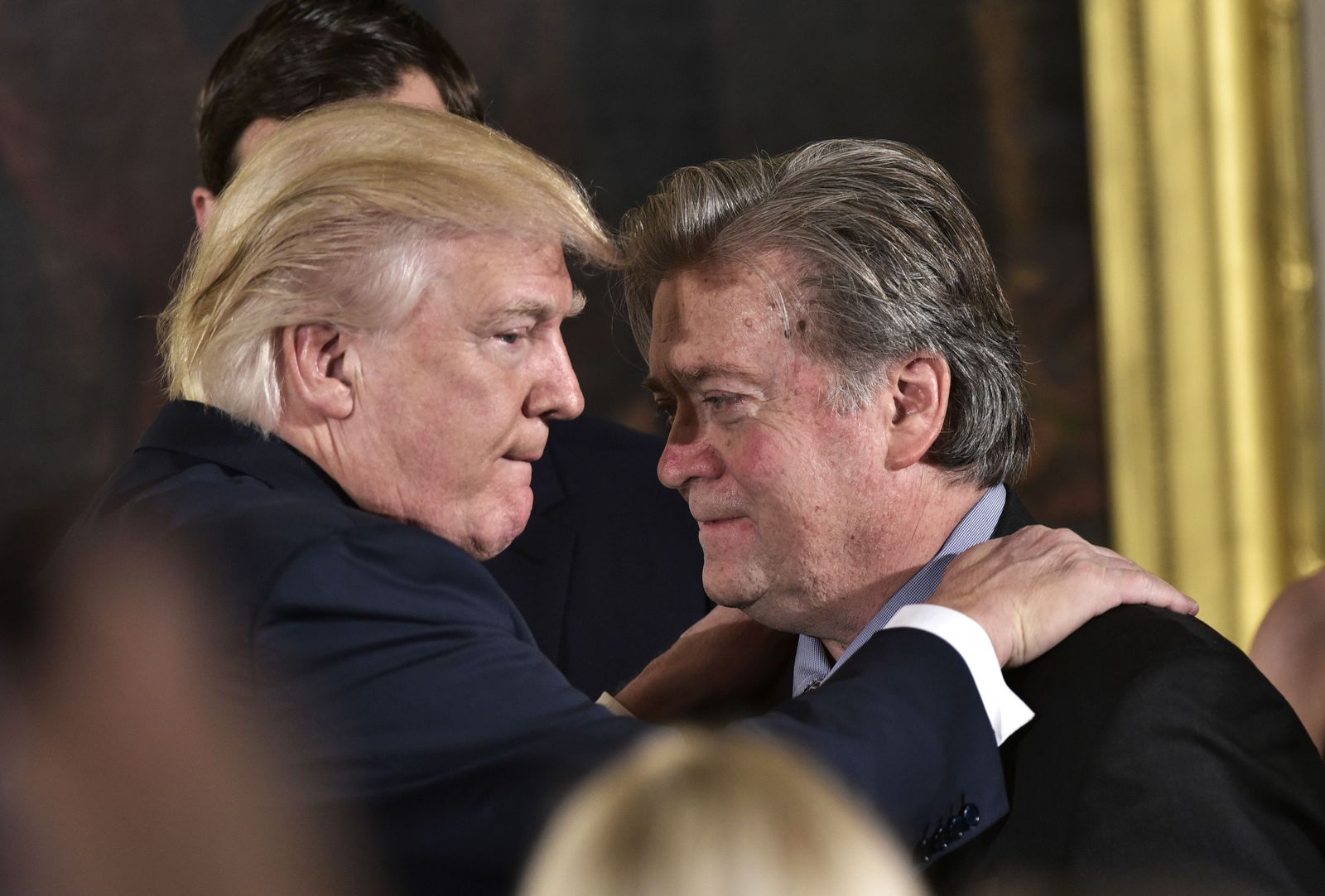