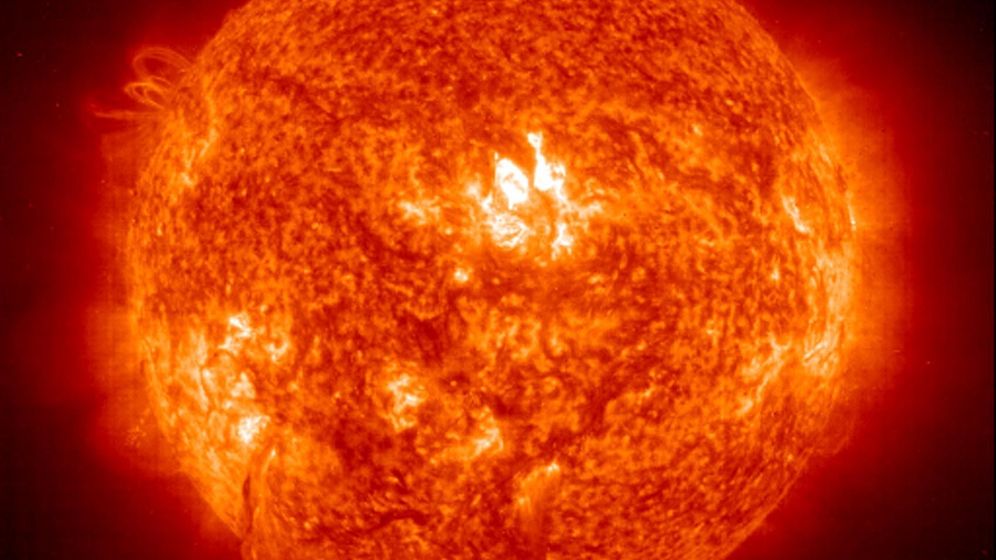 At least the weather in Copenhagen is likely to be cooperating. The Danish Meteorological Institute predicts that temperatures in December, when the city will host the United Nations Climate Change Conference, will be one degree above the long-term average.

Otherwise, however, not much is happening with global warming at the moment. The Earth's average temperatures have stopped climbing since the beginning of the millennium, and it even looks as though global warming could come to a standstill this year.

Ironically, climate change appears to have stalled in the run-up to the upcoming world summit in the Danish capital, where thousands of politicians, bureaucrats, scientists, business leaders and environmental activists plan to negotiate a reduction in greenhouse gas emissions. Billions of euros are at stake in the negotiations.

The planet's temperature curve rose sharply for almost 30 years, as global temperatures increased by an average of 0.7 degrees Celsius (1.25 degrees Fahrenheit) from the 1970s to the late 1990s. "At present, however, the warming is taking a break," confirms meteorologist Mojib Latif of the Leibniz Institute of Marine Sciences in the northern German city of Kiel. Latif, one of Germany's best-known climatologists, says that the temperature curve has reached a plateau. "There can be no argument about that," he says. "We have to face that fact."

Even though the temperature standstill probably has no effect on the long-term warming trend, it does raise doubts about the predictive value of climate models, and it is also a political issue. For months, climate change skeptics have been gloating over the findings on their Internet forums. This has prompted many a climatologist to treat the temperature data in public with a sense of shame, thereby damaging their own credibility.

"It cannot be denied that this is one of the hottest issues in the scientific community," says Jochem Marotzke, director of the Max Planck Institute for Meteorology in Hamburg. "We don't really know why this stagnation is taking place at this point."

Just a few weeks ago, Britain's Hadley Centre for Climate Prediction and Research added more fuel to the fire with its latest calculations of global average temperatures. According to the Hadley figures, the world grew warmer by 0.07 degrees Celsius from 1999 to 2008 and not by the 0.2 degrees Celsius assumed by the United Nations Intergovernmental Panel on Climate Change. And, say the British experts, when their figure is adjusted for two naturally occurring climate phenomena, El Niño and La Niña, the resulting temperature trend is reduced to 0.0 degrees Celsius -- in other words, a standstill.

The differences among individual regions of the world are considerable. In the Arctic, for example, temperatures rose by almost three degrees Celsius, which led to a dramatic melting of sea ice. At the same time, temperatures declined in large areas of North America, the western Pacific and the Arabian Peninsula. Europe, including Germany, remains slightly in positive warming territory.

But a few scientists simply refuse to believe the British calculations. "Warming has continued in the last few years," says Stefan Rahmstorf of the Potsdam Institute for Climate Impact Research (PIK). However, Rahmstorf is more or less alone in his view. Hamburg Max Planck Institute scientist Jochem Marotzke, on the other hand, says: "I hardly know any colleagues who would deny that it hasn't gotten warmer in recent years."

The controversy sends confusing and mixed messages to the lay public. Why is there such a vigorous debate over climate change, even though it isn't getting warmer at the moment? And how can it be that scientists cannot even arrive at a consensus on changes in temperatures, even though temperatures are constantly being measured?

The global temperature-monitoring network consists of 517 weather stations. But each reading is only a tiny dot on the big world map, and it has to be extrapolated to the entire region with the help of supercomputers. Besides, there are still many blind spots, the largest being the Arctic, where there are only about 20 measuring stations to cover a vast area. Climatologists refer to the problem as the "Arctic hole."

The scientists at the Hadley Center simply used the global average value for the hole, ignoring the fact that it has become significantly warmer in the Arctic, says Rahmstorf. But a NASA team from the Goddard Institute for Space Studies in New York, which does make the kinds of adjustments for the Arctic data that Rahmstorf believes are necessary, arrives at a flat temperature curve for the last five years that is similar to that of their British colleagues.

Marotzke and Leibniz Institute meteorologist Mojib Latif are even convinced that the fuzzy computing done by Rahmstorf is counterproductive. "We have to explain to the public that greenhouse gases will not cause temperatures to keep rising from one record temperature to the next, but that they are still subject to natural fluctuations," says Latif. For this reason, he adds, it is dangerous to cite individual weather-related occurrences, such as a drought in Mali or a hurricane, as proof positive that climate change is already fully underway.

"Perhaps we suggested too strongly in the past that the development will continue going up along a simple, straight line. In reality, phases of stagnation or even cooling are completely normal," says Latif.

The Difficulties of Predicting the Climate

Climatologists use their computer models to draw temperature curves that continue well into the future. They predict that the average global temperature will increase by about three degrees Celsius (5.4 degrees Fahrenheit) by the end of the century, unless humanity manages to drastically reduce greenhouse gas emissions. However, no one really knows what exactly the world climate will look like in the not-so-distant future, that is, in 2015, 2030 or 2050.

This is because it is not just human influence but natural factors that affect the Earth's climate. For instance, currents in the world's oceans are subject to certain cycles, as is solar activity. Major volcanic eruptions can also curb rising temperatures in the medium term. The eruption of Mount Pinatubo in June 1991, for example, caused world temperatures to drop by an average of 0.5 degrees Celsius, thereby prolonging a cooler climate phase that had begun in the late 1980s.

But the Mount Pinatubo eruption happened too long ago to be related to the current slowdown in global warming. So what is behind this more recent phenomenon?

The fact is that the sun is weakening slightly. Its radiation activity is currently at a minimum, as evidenced by the small number of sunspots on its surface. According to calculations performed by a group of NASA scientists led by David Rind, which were recently published in the journal Geophysical Research Letters, this reduced solar activity is the most important cause of stagnating global warming.

Latif, on the other hand, attributes the stagnation to so-called Pacific decadal oscillation (PDO). This phenomenon in the Pacific Ocean allows a larger volume of cold deep-sea water to rise to the surface at the equator. According to Latif, this has a significant cooling effect on the Earth's atmosphere.

With his team at the Leibniz Institute of Marine Sciences, Latif has been one of the first to develop a model to create medium-term prognoses for the next five to 10 years. "We are slowly starting to attempt (such models)," says Marotzke, who is also launching a major project in this area, funded by the Federal Ministry for Research and Technology.

Despite their current findings, scientists agree that temperatures will continue to rise in the long term. The big question is: When will it start getting warmer again?

If the deep waters of the Pacific are, in fact, the most important factor holding up global warming, climate change will remain at a standstill until the middle of the next decade, says Latif. But if the cooling trend is the result of reduced solar activity, things could start getting warmer again much sooner. Based on past experience, solar activity will likely increase again in the next few years.

The Hadley Center group expects warming to resume in the coming years. "That resumption could come as a bit of a jolt," says Hadley climatologist Adam Scaife, explaining that natural cyclical warming would then be augmented by the warming effect caused by anthropogenic greenhouse gas emissions.

While climatologists at conferences engage in passionate debates over when temperatures will start rising again, global warming's next steps have also become the subject of betting activity.

Climatologist Stefan Rahmstorf is so convinced that his predictions will be correct in the end that he is willing to back up his conviction with a €2,500 ($3,700) bet. "I will win," says Rahmstorf.

His adversary Latif turned down the bet, saying that the matter was too serious for gambling. "We are scientists, not poker players." 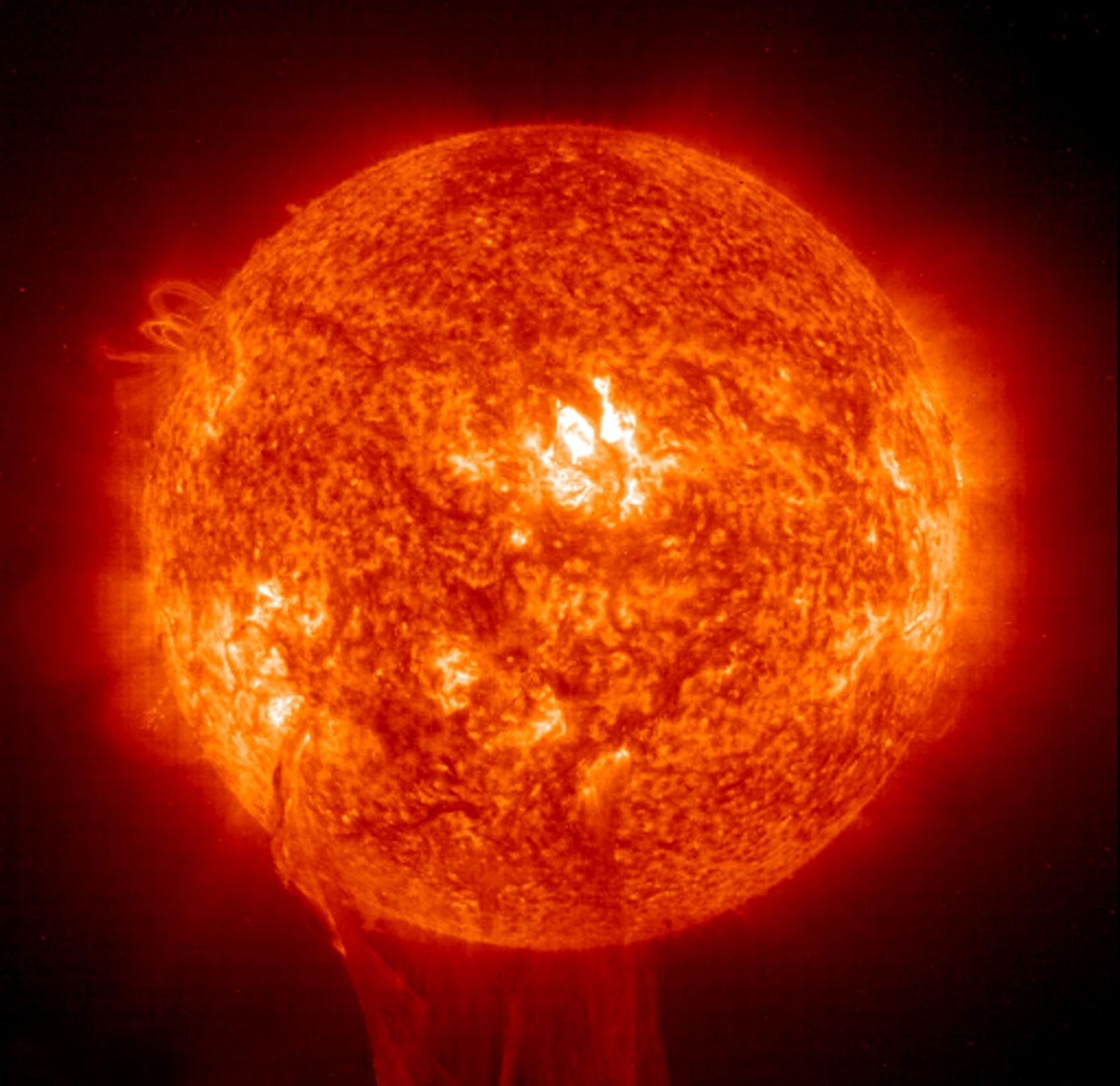 Climatologists are puzzled as to why average global temperatures have stopped rising over the last 10 years. Some attribute the trend to a lack of sunspots, while others explain it through ocean currents.