SPIEGEL: You have joined Julian Assange's defense team to cover "American aspects" of potential charges against him. What kind of criminal investigation are you expecting in the US?

Dershowitz: I was asked to become involved in this case by Geoffrey Robertson, who is Assange's chief counsel in Great Britain and the chief counsel for Wikileaks. He asked me to advise him on American aspects of the case and those aspects involving what appears to be a criminal investigation that has begun by the Justice Department. US government officials just announced that they are at the preliminary stages of a criminal investigation. Although they did not say who their targets are, we still have to be prepared. If they try to prosecute Assange for merely publishing material, we will have a very strong defense because under the Pentagon Papers case, which I was also involved in 40 years ago, there is a right to publish this kind of material.

SPIEGEL: That famous case gave media outlets like the New York Times the right to publish critical reports about the Vietnam War even though the administration saw them as a threat to national security. Can Assange be considered a journalist and have similar protection?

Dershowitz: Without a doubt. He is a journalist, a new kind of journalist. This is the Pentagon Papers case of the 21st century involving new media and a much more international form of journalism. The Internet knows no national borders. The US encourages the use of new media in countries such as Iran and Egypt, and we must make it clear to the government that it cannot apply double standards to the use of those media when it affects American interests. In any case, we do not believe that the US has jurisdiction over foreign individuals and entities such as Wikileaks that have never before been active in the US.

SPIEGEL: So the key issue in this case would be whether posting the secret information that Assange received is protected under freedom of expression or, as the US government would argue, a threat to national security?

Dershowitz: It can be both. It can be perceived as a threat by the government and yet be free speech. In the Pentagon Papers case, the government asserted in the Supreme Court that the publication of the material was a threat to national security. It turned out it was not a threat to US security. But even if it had been, that doesn't mean that it couldn't be published. We don't have an Official Secrets Act in the United States, as other countries do. Under the First Amendment, freedom of the press, freedom of speech, and freedom of association are more important than protecting secrets.

SPIEGEL: The US administration has asked for access to the Twitter accounts of Assange and others. What precedent does this set in the online context?

Dershowitz: It raises very broad issues about a right of association. People associate over the Internet and some people want to associate anonymously, i.e. simply to be a recipient of material. That right of anonymous association has to be protected. There are analogous cases: Back in the 1960s, the state governments tried to get lists of members of the NAACP -- the National Association for the Advancement of Colored People -- at that time a controversial organization. The United States Supreme Court prevented state governments from getting those lists because they would hamper freedom of association and deter people from joining or associating with the NAACP. The same thing is true here. If the government can create lists of all people who have had contact with WikiLeaks, it will deter people from using social media in this way. This then has implications for Iran, for Egypt, and for the world in general. The Tunisian revolution began with Internet leaks and the Egyptian revolution began with anonymous Facebook postings. We want to make sure that this right is fully preserved in the US as well. 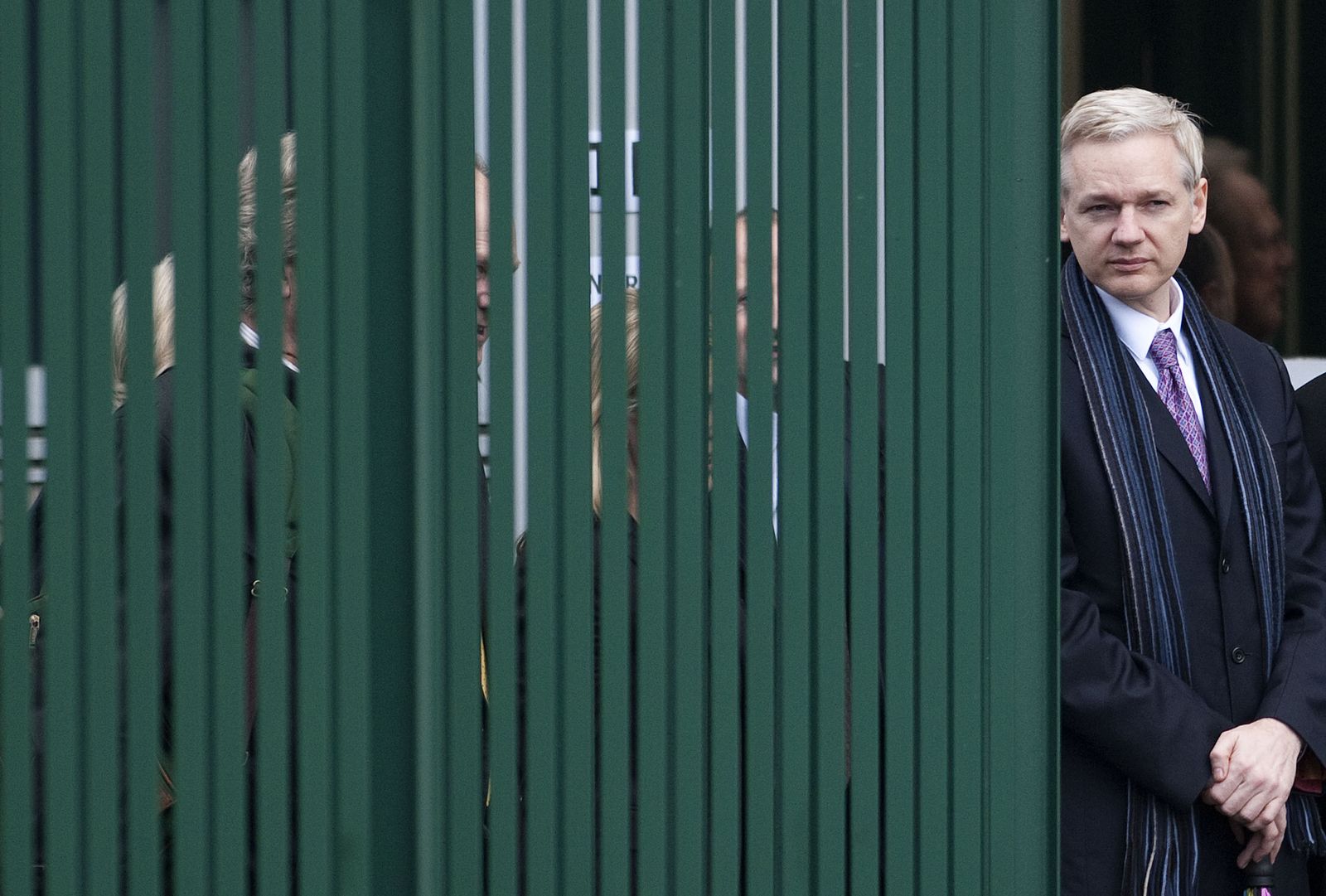 WikiLeaks founder Julian Assange. "If they try to prosecute Assange for merely publishing material, we will have a very strong defense."