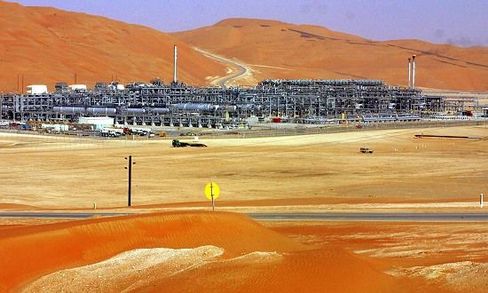 Others would be overjoyed to be earning a $1 billion a day, and to have good reason to expect that number to climb to $2 billion a day next year.

But Abdullah bin Abdulaziz al-Saud seems less than thrilled these days, and the newly tense atmosphere at the Saudi Petroleum and Natural Resources Ministry in Riyadh is a reflection of his mood. Early last week, the Saudi king decided that enough had been said about the oil price, and that it was time for action. He invited the world's petroleum elite to attend a meeting at his summer residence on the Red Sea, and this time he wants everyone on the list to attend: the heads of state and relevant cabinet ministers of oil-producing countries and the biggest oil consumers, the heads of ExxonMobil, Shell and Gazprom, and bankers from Merrill Lynch, Citigroup and Lehman Brothers. The meeting, to be held at the Royal Palace on the Corniche in Jiddah, Saudi Arabia, is scheduled for June 22.

"That's exactly 11 days' notice," Badr al-Saadun, 45, groans on Wednesday morning in his office on the sixth floor of the Petroleum Ministry, barking alternating commands into his mobile phone and two landlines. "I need five computer people, I need tables and computers for the call center, and I need the numbers of the embassies." When he starts receiving calls from foreign diplomats only half an hour later, Saadun realizes that at least some of his work is already done. The French even pay him a visit. "Why is this so last-minute?" someone from the Singaporean Embassy wants to know. "What else can we do?" Saadun replies. "This number can no longer be ignored."

The number he was referring to -- $139 (€90) -- was a record high price for a barrel of crude oil. After months of appeasement and seeking to calm the markets, that number has even struck a nerve in Saudi Arabia, the world's largest oil producer. "An increase of more than $10 in a single day," says Ibrahim al-Muhanna, the chief advisor to Petroleum Minister Ali al-Naimi, "this sort of thing hasn't happened in ages. Not even after the invasion of Kuwait, when 5 million barrels of daily production were eliminated overnight." Muhanna argues that the current oil price is "unacceptable" and defies all reason. "We need a way out," he says, "and that's why we are holding this conference."

Until now, the mantra of the Saudis and the Saudi-dominated Organization of Petroleum Exporting Countries (OPEC) has been that the fault lies with everyone else -- just not them. But now the Saudis are even talking, albeit reluctantly, about their own mistakes. Muhanna admits that when oil prices were low, the Saudis invested too little in the exploration of new fields and built too few new refineries -- mistakes that are leading to bottlenecks today. These mistakes, together with the usual suspects -- the weak dollar, China's and India's thirst for oil, the abundant cash coming from hedge funds, wars that are being waged and those we could soon face -- are driving up the price of oil.

For the oil princes in Riyadh, it is not helpful that Iranian President Mahmoud Ahmadinejad is constantly calling for the destruction of Israel or that Israeli Deputy Prime Minister Shaul Mofaz used the word "unavoidable" in connection with the notion of an attack on Iran. But they are equally alarmed by Western central bankers' pronouncements of interest rate movements and the constant mention of peak oil theory -- inaccurate, in their view -- which holds that the pinnacle of worldwide oil production has been reached, and that things will be going downhill from here. "This is nothing but fear-mongering," says Muhanna, "which is harmful to the economy and people, especially in developing countries."

The Saudi kingdom currently pumps 9.45 million barrels of crude oil out of its desert sands every day. There are three magic words to which the market is reacting: Khursaniyah, Shaybah and Khurais -- previously untapped oil fields which, once up and running, would enable the Saudis to increase their production capacity to 12.5 million barrels a day by the end of 2008.

But that alone would not solve the problem, says Muhanna. "If we were to throw this crude oil onto the market now, we would currently find neither the refineries nor the customers for it."

From the standpoint of the Saudis, concerted action is needed to stabilize the market. The announcement of the Jiddah conference alone, organizers says, already temporarily pushed down the oil price by $3 (€1.95). And on Monday, a United Nations spokesperson said Saudi King Abdullah told UN Secretary-General Ban Ki-moon that Saudi Arabia's oil output would be increased by 200,000 barrels to 9.7 million barrels a day in July, marking the second time the kingdom has increased its output this year.

"Once the conference gets going, the price will drop once again," says Muhanna. Who, if not the kingdom of oil, is assuming responsibility these days, he asks?

Ibrahim al-Muhanna is an avid reader, and his desk is piled high with books. At the top of the stack is Fareed Zakaria's bestseller "The Post-American World."

"It's a great book," says Saudi Arabia's oil strategist. "It's all about leadership in times of crisis."