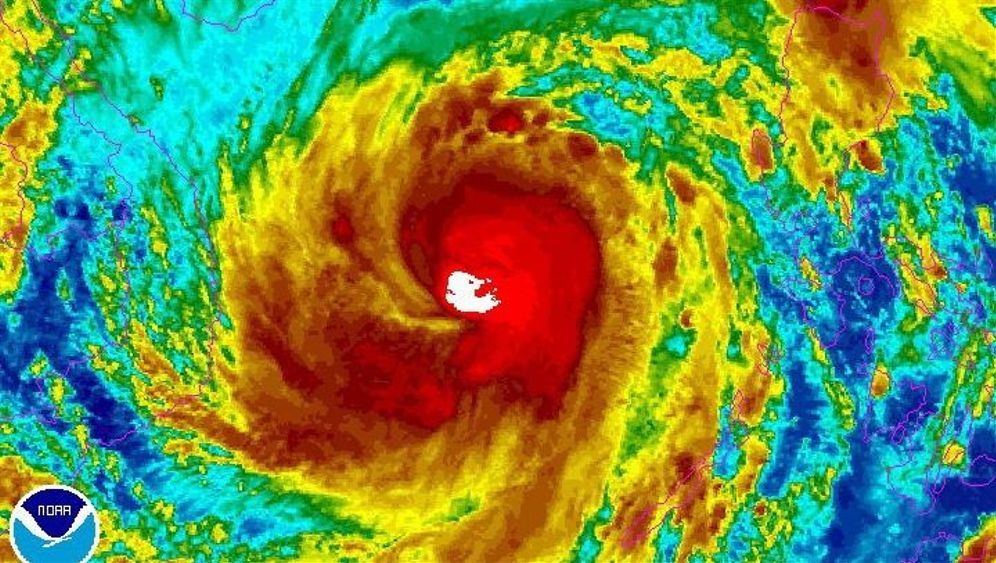 The UN climate conference got off to a deeply emotional start in Warsaw on Monday. "It's time to stop this madness," said Yeb Sano, the lead Filipino delegate, fighting tears over the death toll of an estimated 10,000 from the typhoon catastrophe, in an address to his counterparts from almost 200 countries. The world must finally reach an agreement, he continued, to drastically reduce greenhouse gas emissions in an effort to halt global warming.

"We refuse to accept that running away from storms, evacuating our families, suffering the devastation and misery, having to count our dead, become a way of life," Sano said.

Environmental organizations back Sano's stance. "While we can't yet say how much climate change influenced this monster typhoon, we do know that extreme weather events are becoming more extreme and frequent because of climate change," wrote Daniel Mittler, the political director of Greenpeace International, on Sunday. Like other environmental activists, Mittler believes governments "in cahoots with the fossil fuel industry" have helped cause such extreme weather events, which they expect to become more frequent.

Stefan Rahmstorf, a researcher at the Potsdam Institute for Climate Impact Research (PIK), outside Berlin, also agrees. "How can those who do all they can to fight climate-protection measures sleep in view of the images coming out of the Philippines?" he asks.

Can the deadly typhoon really be attributed to man-made climate change? Statistics reveal other causal connections. For example, the way in which houses, dikes and settlements are built plays a decisive role in determining how many people will be hurt by a storm. In the United States, this has led to a steady decrease in hurricane-related deaths since 1900 despite significant rises in both the population densities and storm frequencies in at-risk areas. For Haiti, there are studies claiming that "urbanization in and migration into storm hazard prone areas could be considered as one of the major driving forces of (its) fragility" when affected by storms.

As a result of such factors, storms even weaker than "Haiyan" could result in even extremer catastrophes. For example, tropical cyclone "Nargis" killed almost 140,000 people in Burma when it struck in May 2008 even though it was two categories on the hurricane scale below "Haiyan" when it made landfall.

In March, the UN Intergovernmental Panel on Climate Change (IPCC) will publish its fifth and newest assessment report on the state of climate change. In the second part of a draft of the report, the organization stresses the importance of constructing more robust buildings that can better withstand storms. A richer world might be able to protect itself better: Measured in terms of global economic output, one study finds, increasing prosperity could cut storm-caused damage in half by the end of the century.

But that is only one side of the story. The other is the long-debated question of whether global warming can change the nature of storms. A lack of data makes analysis more difficult, and it wasn't until roughly 30 years ago that it became possible to make systematic observations based on satellite data. Before that, storms were appraised in large part based on data related to damage and sea level.

In its most recent assessment on global warming, released in September, the IPCC stated that there were no identifiable long-term trends when it comes to tropical cyclones, which are also known as hurricanes or typhoons. However, there are fears that the strongest storms could grow even more destructive.

Tropical storms draw their energy from warm water. But the equation "warmer oceans equals more storms" doesn't hold true. The phenomenon known as wind shear as well as airborne dust particles can weaken them. Indeed, some have posited that reductions in air pollution in the Western world since the late 1970s have contributed to an increase in hurricane activity over the Atlantic since then.

In 2012, researchers from the University of Copenhagen reported that hurricane activity in the Atlantic had been rising for decades and had now grown as strong as it was at the end of the 19th century. However, the World Meteorological Organization (WMO) states that this trend was broken in the Atlantic at the turn of the millennium. The 2013 storm season, which ends in November, has so far been especially mild, with only two hurricanes, especially considering all the pessimistic forecasts published at the beginning of the year.

Nevertheless, there is still the question of where things will go from here. The IPCC states that simulations predict there will be fewer tropical storms as the global temperature rises. But the most unsettling finding is that the strongest storms could get even stronger. The consequences of this could be grave, writes Yale University researcher Robert Mendelsohn. According to his estimates, the strongest 1 percent of storms could cause more than half of the damage of all storm activity combined. However, since these giant storms come so infrequently, experts say it might be centuries before it is possible to actually measure the effects of climate change.

For the Philippines, other changes in the earth's climate might prove much more worrisome. For example, there are hardly any other places where the sea level is rising as quickly, and storm floods there continue to get higher. What's more, climate researchers expect to see more precipitation in a warmer world, as milder air can retain more moisture. As a result, typhoons could trigger even greater flooding. 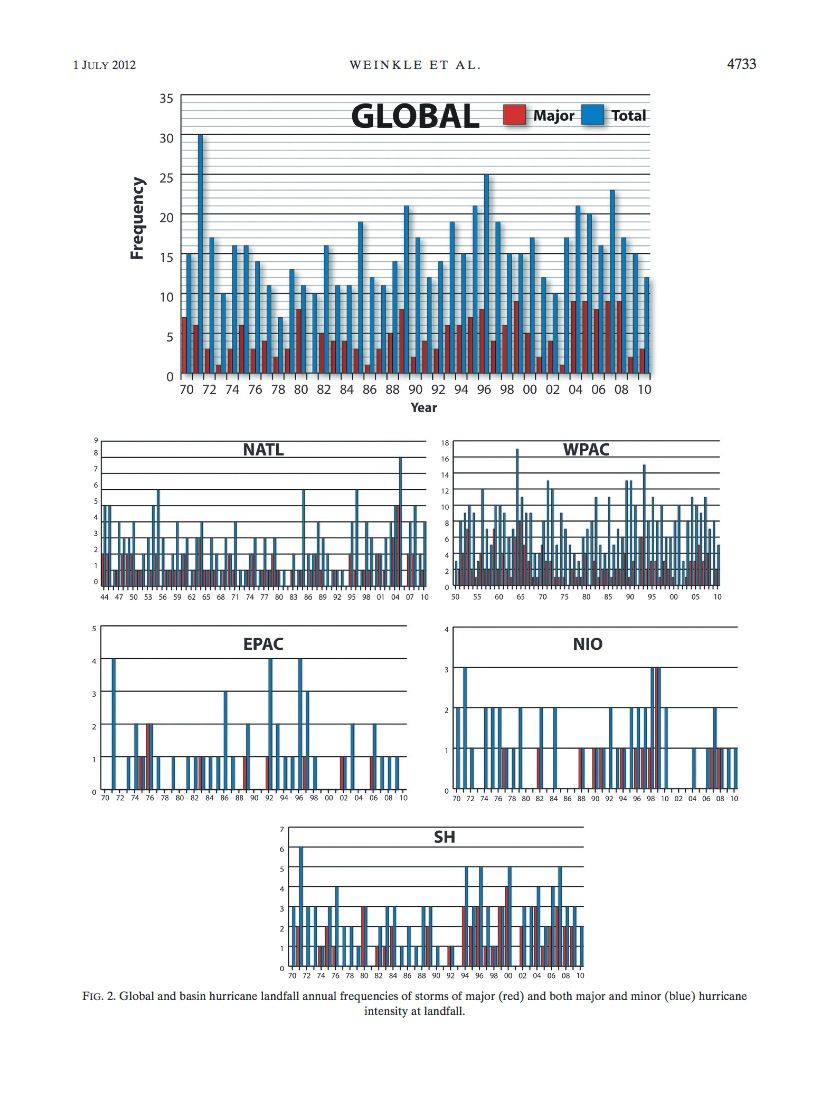