Is it a film? A reality show? A dream? It must have felt like it for Donald Trump when he stood on the stage of the Hilton Hotel in New York. At around 2:30 a.m., his supporters cheered him, his wife Melania and daughter Ivanka beamed at his side. Trump had become the president-elect of the world's most powerful nation. It was a tight race, but he won.

"I look very much forward to being your president," Trump said. Although he had been a loudmouth, a braggart and a demagogue during the campaign, he came across uncharacteristically humble and conciliatory in his victory speech. He also extended an olive branch, saying Republicans and Democrats must "come together as one united people." Of course, they also may prove to be empty words. "I will be president for all Americans," he said.

Trump, a political outsider, a man political pundits underestimated and even President Barack Obama made fun of, is experiencing the moment of his life. He showed them all, including the media professionals who had written him off and the Republican Party leaders who were unhappy to see him as their candidate. On Wednesday morning, he had prevailed. "Thank you very much, everyone," he said.

Breaking with the Establishment

He proved to have astounding talent on the campaign trail. In contrast to his rivals, he recognized that his country was wrought with deep-seated uncertainty and difficult internal conflicts. He proved adept at harnessing this uncertainty, even if it meant demonstrating a lack of scruples, and breaking every rule -- all the while creating a dynamic force that neither his party nor his opponent could seemingly contain. Trump's crude populist message was that he wasn't a part of the Washington establishment and that only he could restore order to the system. Trust me.

Trump has always had a strong talent for sensing public sentiment. As a real estate tycoon, he used a deft public relations strategy to turn his name into a brand synonymous with glamour, elegance and wealth. He has been a master at making headlines, knowing just how to steer media appearances in order to gain the maximum attention. His reality TV show "The Apprentice" was an enormous success among the white middle class.

Trump turned the rules of politics on their head. The fact that he has no political experience and has never been elected to public office still didn't stop people from voting for him. In fact, they appear to have done so for precisely that reason.

With both the Senate and the House of Representatives under Republican control, Trump now has a very powerful mandate. This gives the billionaire the kind of latitude no American president has seen in years. He now largely has free rein when it comes to shaping his policies and determining who will fill the next open seats on the Supreme Court. That things could even come to this appeared unlikely for some time, given the fragility of Trump's campaign and the fact that at times some people even speculated he could drop out of the race.

Blasts from the Past?

The Republican candidate stressed several times what he has in mind for his first weeks and months in office. First, he plans to assemble his administration. The first names for these posts are already circulating. Newt Gingrich, a leading Republican in the 1990s, has been named as a possible candidate for Secretary of State, and former New York Mayor Rudy Giuliani could be in the running for Attorney General. Many expect Trump to reward those who stood close by him during the election.

But Trump will also have to deliver -- at least in terms of his voters' expectations, and it is hard to predict what that will actually mean for the country. The New Yorker dreams of dismantling many of the policies put into place by current President Barack Obama over the past eight years. He wants to eliminate Obama's national healthcare system, potentially renegotiate the nuclear deal with Iran, limit global trade policies and also deport immigrants without proper documentation on a mass scale. "America first" is the motto of this new man at the helm of the United States.

But it is also clear that Trump will be governing a deeply divided country that is at a level of crisis not seen in years. Protests were already happening in New York and Washington early Wednesday morning. It's possible that many Americans' frustrations about the 70-year-old's election victory will be visible elsewhere in the coming weeks. Half the country, after all, voted for his rival -- and many did so purely to prevent him from coming into power. With any normal candidate, one would assume that he would at least try to find a way to give his opponents a voice.

What's normal about Trump though? Nothing. 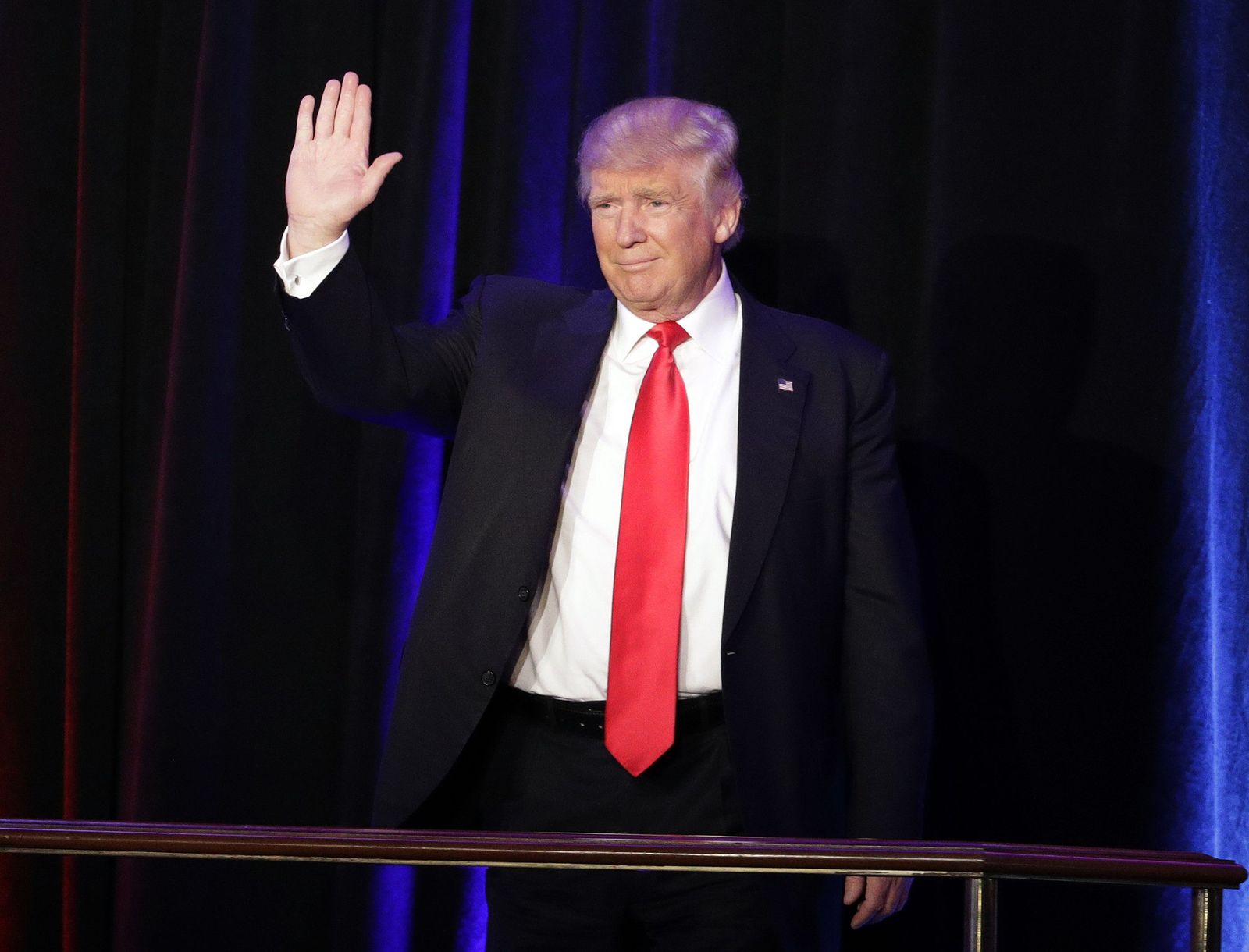