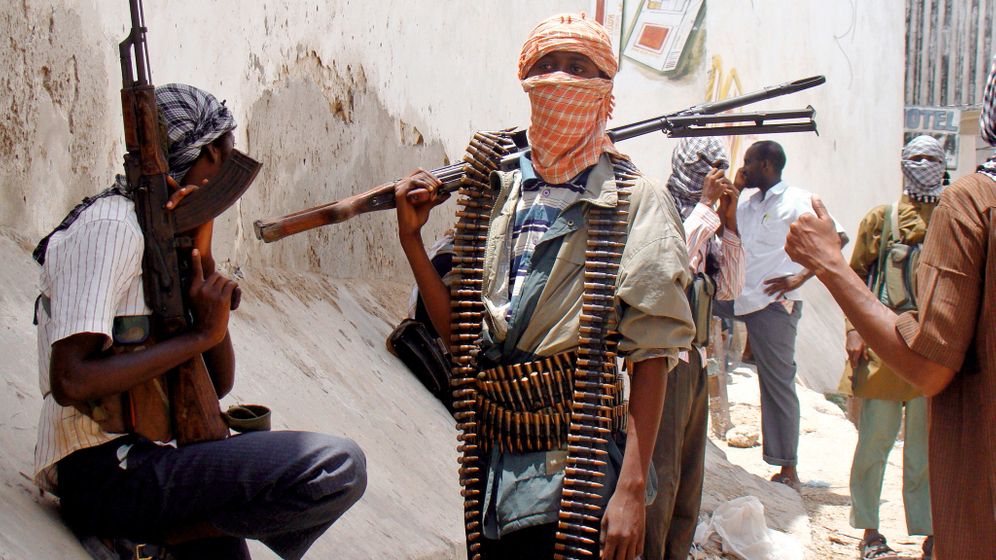 Shortly before 8 a.m. on Christmas Day, a gold-colored Toyota pulled up in front of St. Theresa's Catholic Church in Madalla, near the Nigerian capital Abuja, just as hundreds of worshippers were coming out. The vehicle's driver ignored instructions from the guards at the gate. He simply kept driving and accelerated directly into the crowd.

Moments later, the area was covered with blood, dead bodies and dismembered limbs. Trees were charred, and a deep crater had been gouged into the sand. Official sources say at least 27 people lost their lives during the Christmas Day attack. But eyewitnesses put the figure much, much higher.

Nigeria, Africa's most populous country, has suffered a huge setback in its efforts to reconcile its Christian and Muslim populations. President Goodluck Jonathan, a Christian, took a long time -- longer, in fact, than the pope and the British government -- to put his feelings into words. When he finally spoke, he called it "an ugly incident."

The perpetrators swiftly issued their own statement. Boko Haram, a radical Muslim sect whose name means "Western education is sinful," claimed responsibility for the suicide bombing. It said the attack aimed to kill Christians and make the government look bad.

This wasn't the only such attack carried out by Boko Haram. Indeed, in 2011 alone, the group killed up to 600 people.

Just a few years ago, the sect's fighters from the northeastern part of the country were still using poisoned darts and machetes to kill and maim police officers. Although they looked like a spent force by mid-2009, they have since reorganized, affiliating themselves with a global terrorist network that includes al-Shabab militias in Somalia, militant groups in Pakistan and al-Qaida in the Islamic Maghreb (AQIM) in North Africa.

In September, the senior US military commander for Africa, General Carter F. Ham, warned, "If left unaddressed, then you could have a network that ranges from East Africa through the center and into the Sahel and Maghreb." In reality, though, this network already exists, and it stretches from Somalia, on the Indian Ocean, to Mauritania, on the Atlantic.

The terrorists have found the unpopulated Sahara desert and the adjacent Sahel to be an ideal retreat. The virtually lawless region is larger than the United States, and the countries it passes through -- Mauritania, Mali, Niger and Algeria -- are poor, weak and corrupt. Under these conditions, AQIM members are free to meet up with gun-runners and drug-smugglers as well as to form alliances of convenience with Tuareg nomads.

The Birth of Boko Haram

AQIM emerged in Algeria five years ago as the Salafist Group for Preaching and Combat. Its members, estimated to number between 400 and 800, are difficult to capture because they easily slip in and out of the rocky and sandy deserts of Mali and Mauritania.

Aside from smuggling, kidnapping has become the organization's most lucrative source of revenue. In this way, AQIM has allegedly netted itself some $65 million (€50 million) in ransom money since 2005. Its fighters are currently holding 13 hostages from six countries. Most recently, in late November, they abducted four Europeans and one South African in two raids in Mali.

For a long time, Boko Haram didn't wage that kind of struggle. The group was founded in the mid-1990s in Maiduguri, a city in the poor northeastern corner of Nigeria. Roughly a decade ago, Mohammed Yusuf, a radical Muslim calling for the imposition of the Islamic legal code known as Shariah, became the group's leader.

Apart from the governor and his cronies, who eagerly lined their own pockets, Maiduguri never profited from the oil revenues of the Christian south. Conditions are worsened by high unemployment, corruption and a police force that shoots first and asks questions later.

According to a report published by the US House of Representatives' Committee on Homeland Security in late November, "These grievances have led to sympathy among the local Muslim population despite Boko Haram's violent tactics."

In the early years of Boko Haram, Yusuf built up a kind of state-within-a-state, complete with its own tax-collection apparatus, healthcare system and police force. In July 2009, hundreds of his loyalists stormed prisons and police stations in Maiduguri, forcing the government in Abuja to send in units of elite soldiers.

There are also pictures of Yusuf following his arrest, taken during his interrogation at a police station. Shortly thereafter, his body was found on the streets. He had been shot, and his body showed clear signs of torture. The official figures put the number of people killed in the conflict at 700. However, eyewitnesses speak of several thousand victims, of executions and of mass graves dug under the cover of darkness.

A Shift in Tactics and Alliances

The crackdown brought Boko Haram more new members than ever, and it grew from a regional sect into a terrorist organization that now views itself as part of a global Islamist network.

Experts noticed a shift in how the terrorist group identified itself more than six months ago, when 35-year-old Mohammed Manga, a businessman and father of five, drove his Honda Accord into police headquarters in Abuja. The explosion killed him and three innocent bystanders. A few days later, a suicide bomber blew himself up at the UN headquarters in the same city, killing 25 people. For the first time, the group drew attention to itself with two back-to-back suicide bombings.

In May, the kidnapping of a Briton and an Italian, both employees of a construction company in northwestern Nigeria, also showed that Boko Haram was allegedly changing its traditional approach. In August, a video of the two men revealed that they were being held by AQIM.

French intelligence officials have long noted ties between the two groups. "French sources believe that AQIM is actively trying to expand its reach, and is apparently in direct contact with (the) Nigerian extremist group Boko Haram," warned US diplomats in Paris in a confidential dispatch to Washington from February 2010, which was published by the whistleblowing platform WikiLeaks.

In June of that year, AQIM leader Abdelmalek Droukdel confirmed that his organization was supplying weapons to Boko Haram. Indeed, the two groups are actively collaborating. The Nigerian terrorists have reportedly visited al-Shabab training camps in Somalia. In return, AQIM allegedly sent experts to Nigeria to train people in the use of bombs.

"Without a meaningful policy, the area could soon constitute a lasting safe haven for jihadists," says Jerome Spinoza, the head of the Africa bureau at the French Defense Ministry. What's more, it is also believed AQIM has amassed a large arsenal of weapons, which it transported into the Sahel in the final days of the Gadhafi regime in Libya.

A Danger of Religious War

For a long time, even the Nigerian government underestimated the potential dangers posed by Boko Haram. In early 2010, for example, a senior intelligence officer claimed the group lacked organizational capabilities and was therefore not in a position to endanger foreign interests.

In June, when Boko Haram targeted Abuja for the first time, the country's seemingly helpless president vowed to bring the men behind the bombings to justice. But his words haven't been backed by action. Even worse, it looks like the group might also enjoy some high-level political support: In November, a senator was arrested on suspicion of being in contact with Boko Haram.

After the latest attacks, some even believe that Nigeria could be ripped apart. Saidu Dogo, the secretary general of the northern branch of the Christian Association of Nigeria (CAN), has already called on Christians to defend themselves against further attacks. "We fear that the situation may degenerate to a religious war and Nigeria may not be able to survive one" Dogo said, adding, "Enough is enough!"