In the battle against unbelievers, can one also kill Muslims? Even the terror network al-Qaida is troubled by this question.

A leading al-Qaida ideologue for the terror network, Abu Yahya al-Libi, has developed his own theologically-based theory of collateral damage that allows militants to kill Muslims when it is unavoidable.

Even the Iraqi affiliates of Osama bin Laden's terror group, who are known to be particularly bloodthirsty, claim that they too consider this question. For instance, in a message claiming responsibility for an August attack in Baghdad, the group wished those Sunnis injured in the "operation" a speedy recovery and expressed their hope that those killed would be accepted by God as "martyrs."

But even as such apologetic communiqués from al-Qaida show the terror network stylizing itself as a defender of the true faith wrestling with religious concepts, they also make it look as though any dead Muslims are regretful but isolated cases. The facts, though, tell a different story.

It is, of course, no surprise that al-Qaida kills more Muslims than non-Muslims -- particularly for people in the Islamic world. But a new report by the Combating Terrorism Center (CTC) at the United States' Military Academy at West Point in New York -- which has gathered together these and other relevant figures in one report ("Deadly Vanguards: A Study Of al-Qaida's Violence Against Muslims "), spells out the discrepancy in black and white.

The authors of the study admit that their report likely omits a number of Muslim victims. But that was the price of their rigorous methodology, used in an effort to avoid accusations of partisanship.

The researchers only counted the attacks for which al-Qaida claimed responsibility, thus preventing accusations that they were seeking to make al-Qaida look even worse than it is. Still, it is well known that al-Qaida does not claim responsibility for every attack perpetrated, meaning that many victims are likely left out of the report. Furthermore, the researchers only included attacks reported on by the Arab media and relied on the numbers they reported -- out of a conviction that the Arab media is more highly regarded in the Muslim world than the Western media. That, though, is not always the case.

The greatest potential for inaccuracy in the report, however, is the placing of victims into only one of two categories: Western or non-Western. The assumption being that Western would also mean non-Muslim and vice versa. The problems with such a system of categorization are myriad. Not all those living in the Muslim world are Muslim: In Iraq, al-Qaida has launched attacks against Kurds, Yazidi and Christians. Secondly, a lot of the Muslim victims are actually -- and deliberately -- Shiites. A Sunni group, al-Qaida considers the Shiites to be unbelievers.

Unfortunately news reports don't tend to differentiate between Sunni and Shiite Muslims, explains Scott Helfstein, one of the writers of the report. This is also the reason for the non-Western and Western categories. "It is easy for journalists to count nationality but they rarely, if ever, identify religion," Helfstein writes in reply to e-mailed questions from SPIEGEL ONLINE. The report's writers were well aware of the problem. "But we were not able to find a way around it," Helfstein notes.

Indeed, the report's authors confront the shortcomings of their methodology head on. In one passage, they remove attacks in Iraq and Afghanistan from their calculations altogether, resulting in the share of Westerners killed in al-Qaida attacks rising to a much more significant 39 percent. If one removes the Madrid and London attacks from the statistics, though, the share of murdered Westerners drops back down to 13 percent.

Perhaps more significantly, if one only examines attacks in 2007 and disregards those having been perpetrated in Iraq and Afghanistan, the share of non-Westerners killed by al-Qaida rises to 99 percent. In 2008, it was 96 percent.

Put another way, between 2006 and 2008, non-Westerners were 38 times more likely to be killed by an al-Qaida attack than Westerners.

"Since al-Qaida has limited capability to strike against its Western enemies, the group maintains its relevance by attacking countries with Muslim majorities," the study concludes.

The conclusions reached by Helfstein and his co-authors are hardly world changing. They are valuable nonetheless, in that they provide a numerical foundation to the relationship between Muslim and non-Muslim al-Qaida victims.

Still, critics will no doubt point out that the study comes from the CTC, an organization that is part of an American military school. In recent years, the CTC has released a number of excellent studies on terrorism. But because it is actually supplying arguments, backed by scientific research, for the fight against terrorism to decision makers, politicians and military personnel in the US, it cannot be considered strictly neutral. That also applies to this case, especially since a number of American officials have recently begun stressing the point that al-Qaida is particularly violent toward Muslims and can now rely on solid data to back up their argument.

This perceived lack of neutrality doesn't change the fact that the fundamental findings of the report are correct and meaningful. The authors conclude that if they compare statistics for the years from 1995 to 2003 (excluding the Sept. 11, 2001 attacks in the US as a solitary event), they find that al-Qaida is becoming more violent and "increasingly indiscriminate" in its attacks.

Just how big a problem this discrepancy between Muslim and non-Muslim victims will become for al-Qaida remains to be seen. Even prior to the report's release, however, it had become a subject of intense debate within the Jihadist seen -- with more and more ideologues coming to the conclusion that al-Qaida's fight on behalf of the downtrodden Muslims isn't worth it. 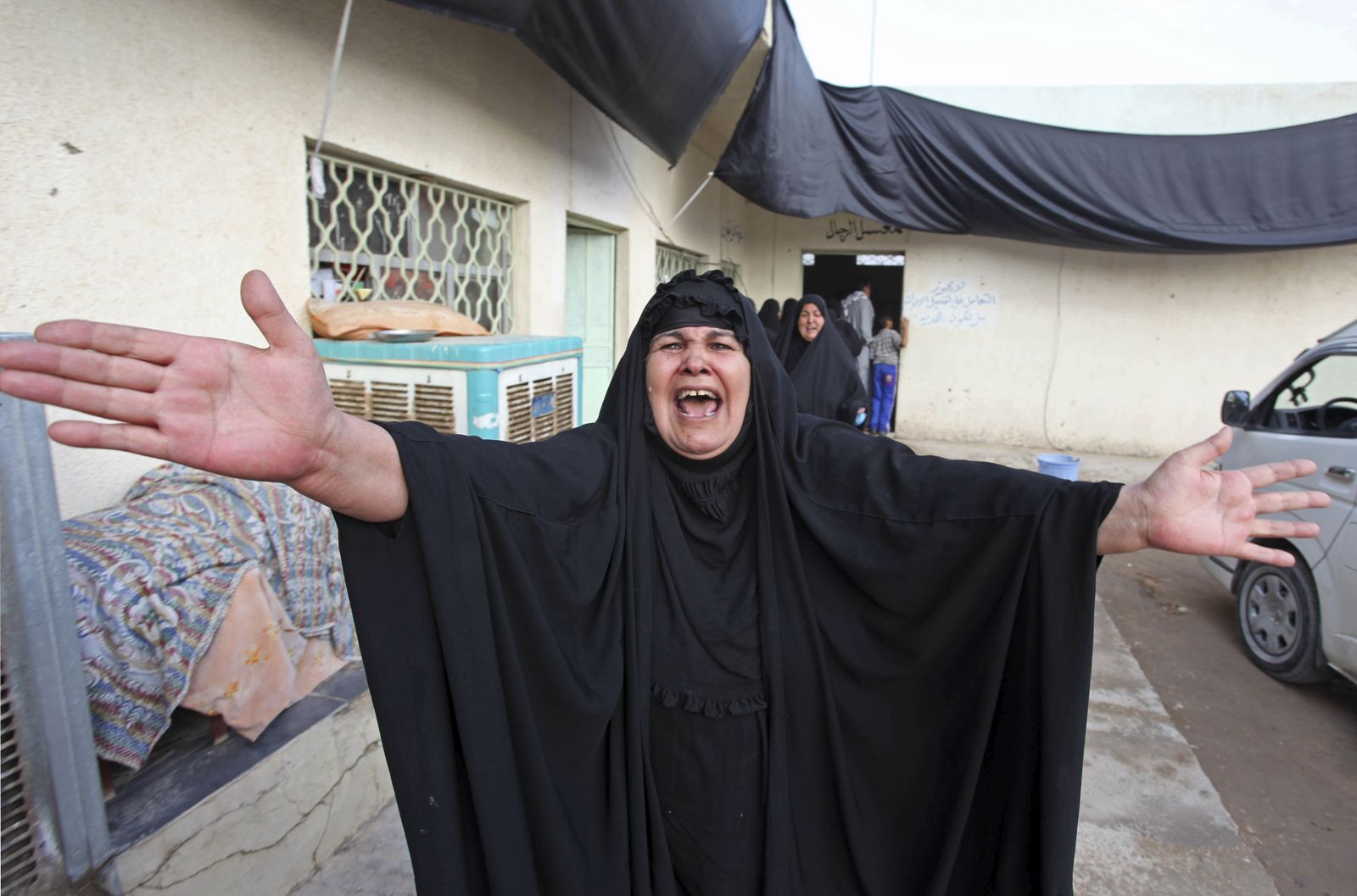 A Muslim mother laments the death of her son, killed in Baghdad after a suicide bombing.