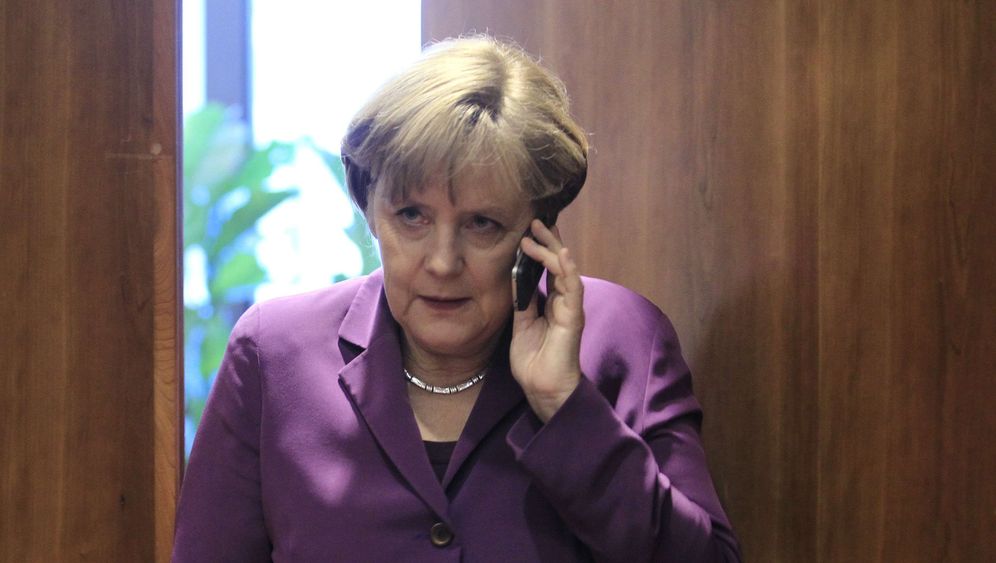 Jay Carney is used to dicey situations. By now, it has become routine for US President Barack Obama's press secretary to somehow put a positive spin on bad news. But, on Wednesday, Carney found himself in particularly treacherous territory when he was asked during a press briefing whether US intelligence services had monitored the mobile phone of German Chancellor Angela Merkel, the leader of one of America's staunchest allies.

To be on the safe side, Carney read from a prepared statement. He said that Obama had spoken on the telephone with Merkel to discuss the accusations, and that the president has assured the chancellor that the United States "is not monitoring and will not monitor" her communications. "The United States greatly values our close cooperation with Germany on a broad range of shared security challenges," he added.

The reaction was a defensive one, and Carney had to carefully choose each word. Indeed, many suspect that the scandal could strain not only official, bilateral relations between the countries, but also personal ties between Merkel and Obama. Carney's comments came after SPIEGEL reported that American intelligence may have been monitoring the chancellor's mobile phone communications for several years. Berlin's suspicions were strong enough to prompt Merkel to telephone Obama and air her complaints directly to him -- a strong signal of the usually cool-headed chancellor's anger over the scandal.

'A Grave Breach of Trust'

Unlike Carney's explanation, the one offered by Merkel's spokesman Steffen Seibert sounded much less restrained. What's more, these are the toughest statements heard yet from Merkel on the issue of US spying.

Seibert said: "The federal chancellor spoke with President Obama today by telephone. She made it clear that, if the indications prove to be correct, she unequivocally disapproves of such practices, and considers them totally unacceptable. Among friends and partners, like the Federal Republic of Germany and the US have been for decades, such surveillance of communication of heads of government should not take place. This would be a grave breach of trust. Such practices must immediately be put to a stop."

Merkel has clearly gone to the limits of what can be called diplomatic between friends with phrases such as "unequivocally disapprove," "totally unacceptable," and a "grave breach of trust." Naturally, everything preceded by the word "if." All in all, it doesn't really sound like Merkel was reassured by her conversation with Obama. According to the British Daily Telegraph, Merkel's reaction is "the most direct confrontation with a world leader since Edward Snowden began leaking details of the US's global surveillance network."

There is really no reason for reassurance if one listens closely to what Obama's spokesman Carney said. Again: "The President assured the Chancellor that the United States is not monitoring and will not monitor the communications of Chancellor Merkel." That statement is made in the present and future tenses. But what about the past? Has Merkel's phone been under surveillance in the past, or not? When asked by SPIEGEL, a spokeswoman of the US National Security Council would not say if Obama's assurance that the chancellor is not being monitored also applied to the past. This point also was being emphasized in political circles in Berlin Wednesday night.

The unusually strong reaction from the Chancellery was prompted by SPIEGEL research. After the information was examined by the country's foreign intelligence agency, the Federal Intelligence Service (BND), and the Federal Office for Information Security, Berlin seems to have found their suspicions plausible enough to confront the US government.

And, from what one can gather from US media commentary on the scandal, Germany's anger has been unambiguously communicated. The phone conversation "must have been just horrendously uncomfortable," wrote Max Fisher, the foreign affairs blogger for the Washington Post. "If indeed American intelligence was listening to Ms. Merkel's phone, or registering calls made and received," the New York Times wrote, "the trust between Berlin and Washington could be severely damaged." The major TV news outlets are also covering the developing scandal in detail -- and repeatedly noting how Germans are particularly sensitive about privacy issues given the two dictatorships they lived through in the recent past.

If the accusations are substantiated, Obama will be in an extremely tight spot. On Monday, the US president spoke on the phone with his French counterpart François Hollande, who also expressed "deep disapproval" after French daily Le Monde reported that the NSA had eavesdropped on more than 70 million private phone calls of people in France. Washington rejected the report as flawed. Brazilian President Dilma Rousseff and the Mexican government also protested alleged eavesdropping on their private communications.

Obama is increasingly putting the credibility of the US on the line, even with the country's allies -- all the while calling for America to go back to using its "soft power." The repeated line from the US government that all intelligence services employ similar methods is hardly believable any longer. One thing has become clear: Not all intelligence services have the same capabilities as those of the United States.

Merkel, for her part, has an entirely different problem. She would like to appear as the victim here, but her government this summer talked down reports stemming from the Snowden leaks, in some cases flatly denying them. Those statements now sound absurd. In an interview with German public broadcaster ARD in July, Merkel reacted with surprise to the question of whether she had personally been eavesdropped on. "I'm not aware of anything, otherwise I would have reported it to the parliamentary control committee," she said. On another occasion, she assured the public that she had no reason "to doubt the United States' compliance with German law."

Merkel's comments were surpassed by her Interior Minister Hans-Peter Friedrich and Chief of Staff Ronald Pofalla. Friedrich said in August that the "suspicions" had "dissolved into air" and that there were no indications that German government agencies had been spied on. Pofalla similarly declared the spying affair completely over, saying, "The accusations are off the table."

President Obama's reassurances fron early July, when the spying revelations began to develop, now sound stale. If he wanted to know what Chancellor Merkel thinks, he said, he would simply call her. 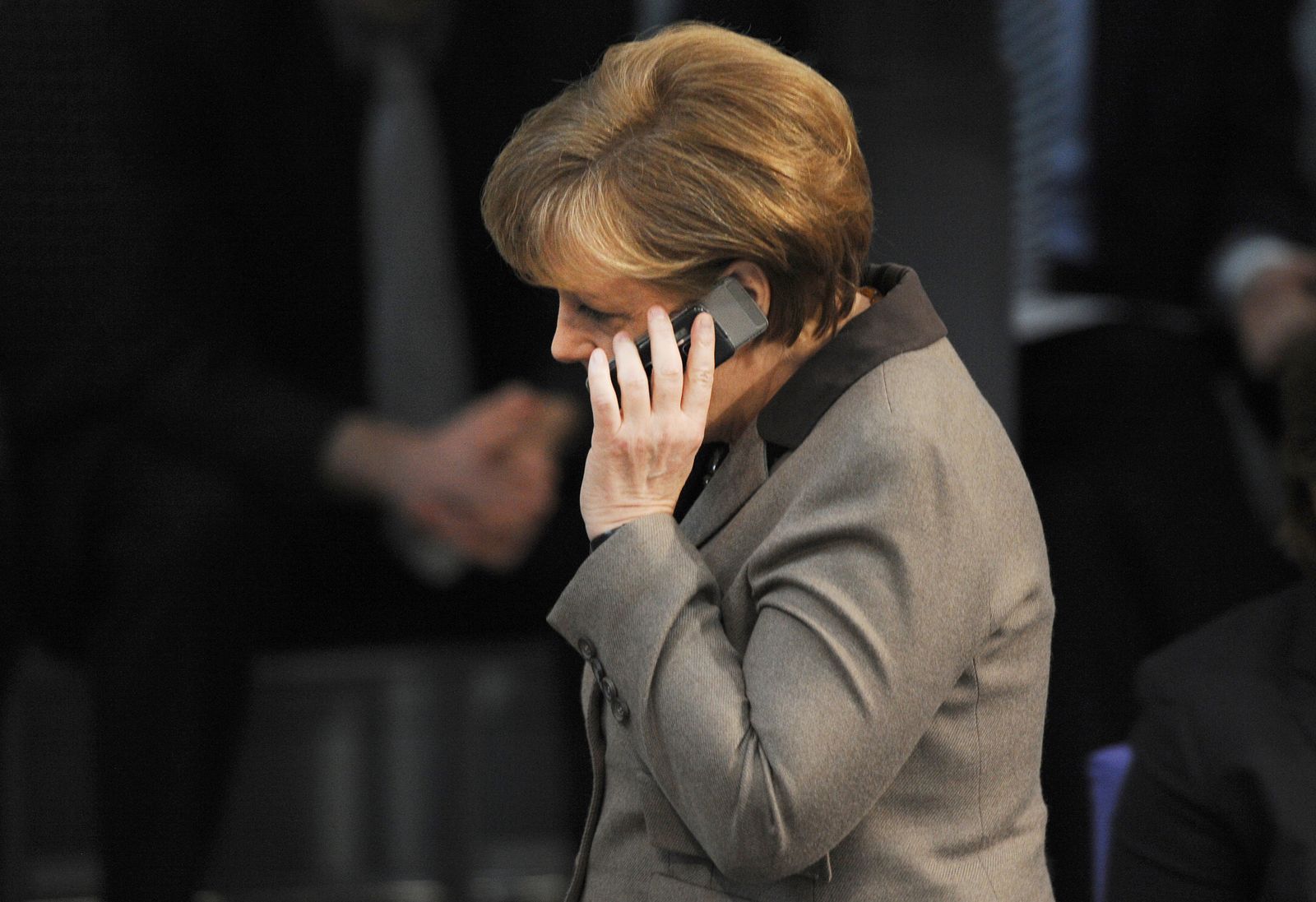 In the conversation between the two leaders, Merkel "made it clear that, if the indications prove to be correct, she unequivocally disapproves of such practices, and considers them totally unacceptable," according to German government spokesman Steffen Seibert. 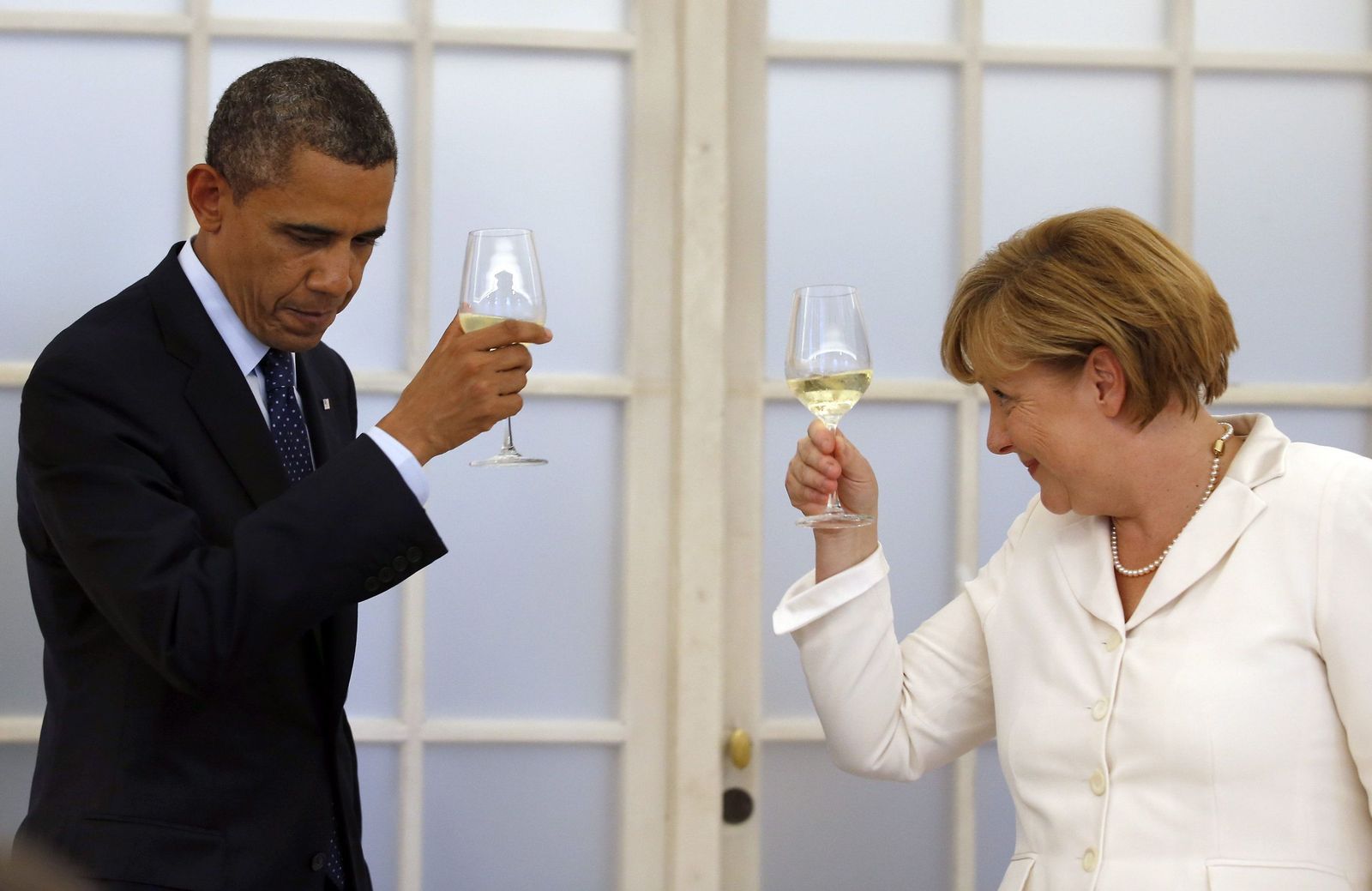 The accusations could also damage the personal relationship between Merkel and Obama in the long term. Here, the two leaders raises their glasses for a toast on Obama's first visit to Berlin as president. 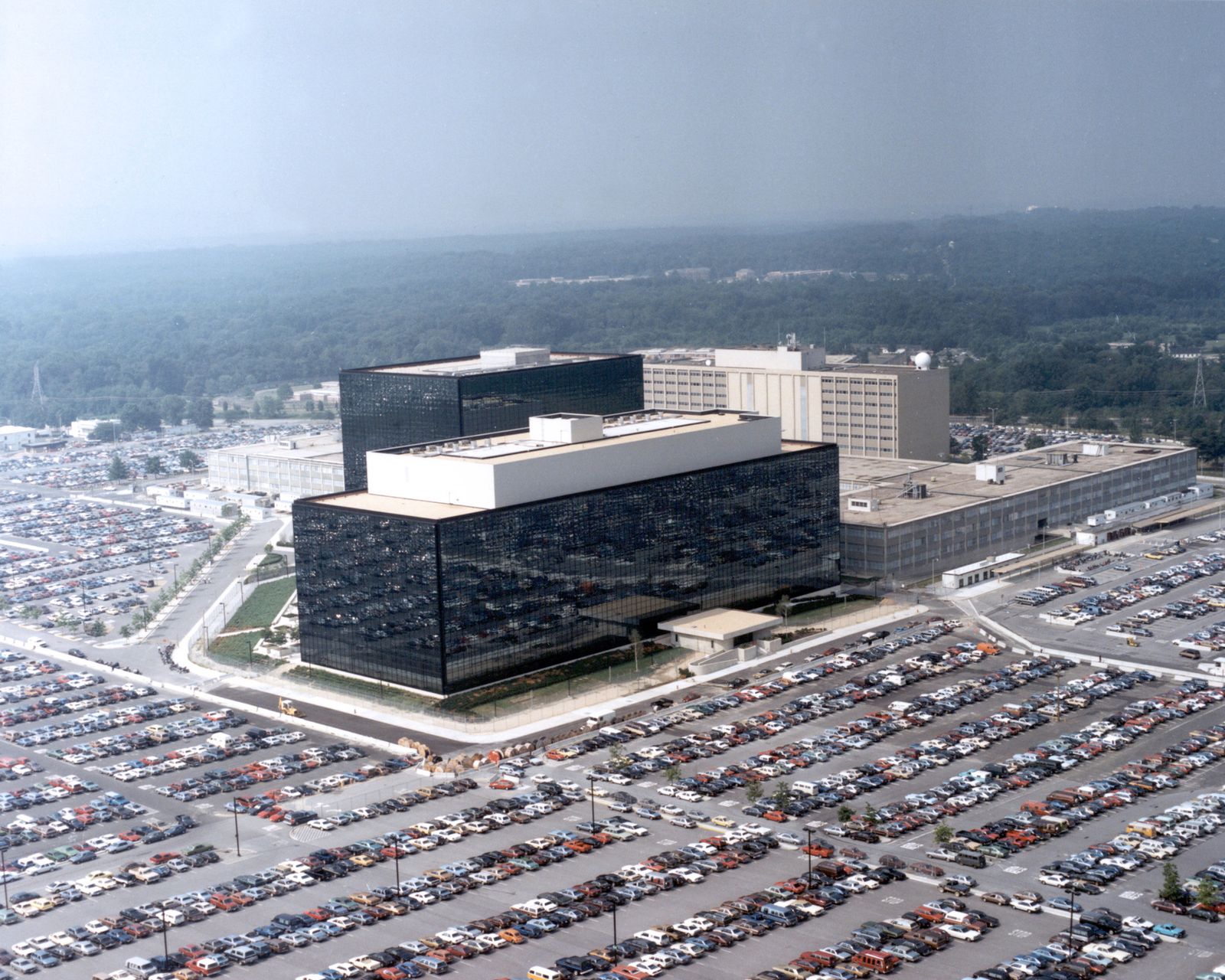 The NSA headquarters in Fort Meade. The agency has 40,000 employees and a budget of between $8 billion and $10 billion. According to recent allegations, the NSA collects and collates phone, Internet, bank, flight and insurance data on individuals, creating comprehensive personal files.