Private bank Pictet, based in Geneva, Switzerland, has an image that's as squeaky clean as a Swiss sidewalk. Tax scandals and newspaper headlines are complications the bank, founded in 1805, has generally been happy to leave to others. It's an approach that helped Nicolas Pictet end up where he is today, as president of the Swiss Private Bankers Association.

"We're in a better position than many of our competitors, because of certain things we haven't done," Heinrich Adami says in explaining how Pictet became one of Europe's biggest private banks, managing wealth worth €290 billion ($350 billion). Adami, coordinator of Pictet's business in Germany, leaves it up to the imagination precisely which of the competition's business practices he means.

Yet it seems "certain things" have been common practice at Pictet as well. The bank provides German millionaires with aggressive tax-saving schemes that are notorious among many German tax authorities. And it appears Pictet's bankers themselves know a few things about tax optimization. Adami and his wife hold two of three seats on the board of directors for a shell company in Panama called Odicel, through which Pictet routes large commission fees.

SPIEGEL has obtained access to an agreement between Odicel and a Pictet subsidiary in Luxembourg, which states that the company in Panama "shall introduce on a regular basis to the bank new potential clients willing to open accounts and securities accounts and/or to grant Pictet a management mandate." When the bank earns money from its clients, the company in faraway Panama often profits as well. Contractually, Odicel is entitled to 25 percent of all administration and management fees Pictet earns from its clients.

The shell company in the tax haven of Panama also receives a large share of the transaction fees that arise as part of the asset management for Pictet's international clientele. There are indications that money has indeed been transferred to Panama, and that the bank's management knew of these unusual fee payments.

Adami himself oversaw these transactions personally. "Would you be so kind as to transfer 480,000 Swiss francs [$484,000 or €400,000] to Odicel account 657 055? As discussed with Philippe Bertherat, this will be the only payment for 2010," one internal email from Adami reads. Bertherat is one partner in the Geneva bank. Marc Pictet, another co-owner, likewise knew about the transactions.

The Benefits of 'Resident Non-Domiciled Status'

The payments sent to Panama recently played a major role in a case heard by Frankfurt's labor court concerning who was entitled to which bonuses. "Oh, how lovely Panama is," sighed the judge, quoting the title of a well-known German children's book.

Asked why Pictet pays pays fees to Panama, the bank cited Adami's special "resident non-domiciled" tax status in Britain. Income such as that from the Central American country is not subject to taxation in Britain, the bank said. Setting up a foreign company was not strictly necessary, but was "common for individuals with this tax status," the bank added.

Pictet has the latest tax shelter schemes at the ready for its clients as well. It was stated during the trial in Frankfurt that the bank sells "gold bonds" on a large scale to Germans looking to save on taxes.

In a memorandum dating from summer 2011, Adami's financial experts outlined precisely how such gold bonds work. According to this note, all a German taxpayer must do in order to drop his or her tax rate to zero is invest in a private limited company in London that trades in gold.

Adami's specialists used a simple example to illustrate this veritable tax miracle. An individual who invested €1 million in 2011 in a so-called GbR (a type of partnership under German law) involved in gold trading could count that purchase price as a fully tax-deductible business expense. That €1 million loss in Great Britain would serve as a counterbalance to, for example, income of €1 million in Germany.

A Golden Opportunity to Save Tax

"The tax rate for €0 income is 0 percent," conclude the tax experts in summing up this tax trick for millionaires, who end up having to pay less in taxes than their cleaning ladies do. If that gold is then sold in 2012, perhaps for €1.1 million, only €100,000 of that profit is subject to income tax in Britain. And thanks to a legal loophole for top earners, it isn't subject to any further taxes in Germany either.

Local tax authorities are familiar with this trick. Especially in cases when a company is sold or a large bonus is received, attempts to finagle a zero percent tax rate for a certain year are common. Lawmakers are familiar with the problem and are trying to close the loophole, says the head of one tax authority, adding that such maneuvers are no longer possible within Germany, nor are they possible when buying foreign bonds. In the trade of precious metals abroad, however, such techniques are still technically allowed.

"We're doing everything we can to fight the problem," says one high-level tax official. The German finance ministry is also aware of the problem and is working to clarify the law in question.

It seems Pictet's financial experts were also aware that this is a pretty cheeky way to avoid tax. "Those who set up such schemes should be aware that confrontations with the tax authority are almost certainly to be expected in the foreseeable future," reads the memorandum to Adami.

A statement by Pictet asserts that these gold investments were not actively sold to clients. "Rather, they were arranged for a group of investors upon request," the statement reads, adding that legal opinions from various well-regarded law firms attested to "the legality of these investments." 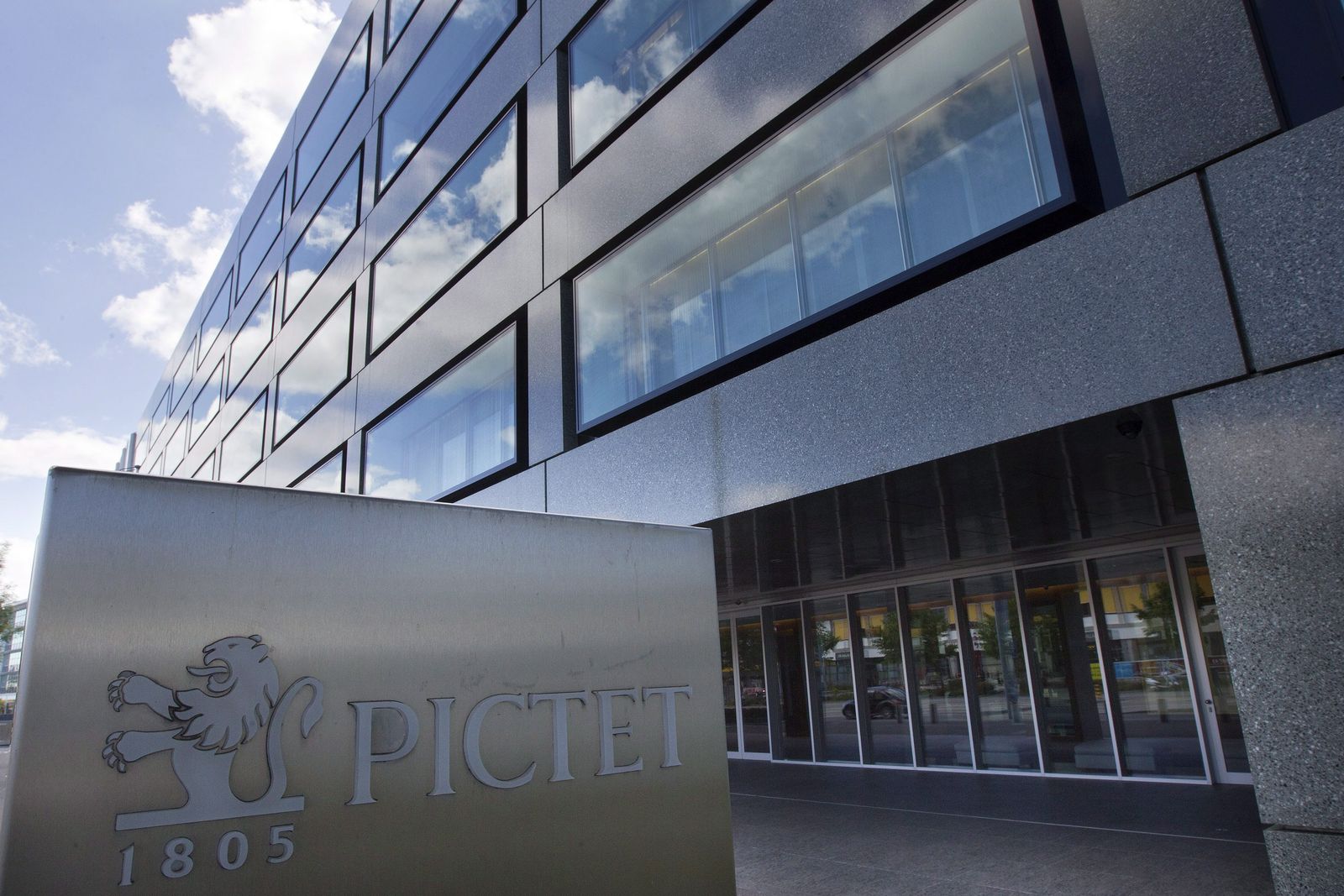 The head office of Pictet in Geneva.