Once, it looked as though an attempt, at least, would be made to bring to justice one of Syria's most important commanders, a man suspected of committing tens of thousands of murders against his own people. In June 2018, Germany's Federal Court of Justice issued an arrest warrant for Jamil Hassan, the head of the Syrian Air Force Intelligence.

The word "intelligence" is perhaps misleading when it comes to what Hassan's agency actually does. In its prisons, agents torture, rape, starve and murder prisoners. In November, France also issued an arrest warrant against Hassan.

The international warrants were initially little more than a political statement. Nobody seriously believed that hauling Hassan into court was a real possibility. At least not as long as Bashar Assad remained the dictator of Syria.

Now, though, it has come to light that the intelligence boss has traveled abroad on at least two occasions since 2018. In other words, there were opportunities to detain him. But several governments, one after the other, have simply stopped trying to do so.

Major General Jamil Hassan, who consistently urged that more demonstrators be "eliminated" in closed-door meetings, who publicly said that all opponents of the dictatorial regime should have been massacred from the beginning just as he did when crushing a 1982 revolt in Hama -- that same major general has a weak heart.

In recent years, the 66-year-old has suffered three heart attacks, a long-time acquaintance of his told DER SPIEGEL. The worst of the three came immediately after the Syrian military shot down a Russian warplane last September, according to the acquaintance, who added that the incident had sent Hassan, widely known for his temper problems, into a rage.

For a time, the acquaintance continued, it wasn't clear whether he would recover at all. But then, according to the source, he acted as a mediator early this year -- at least on the telephone -- when two Syrian militias, one under Iranian command and the other led by Russians, began shooting at each other on the outskirts of the northern Syrian province of Idlib.

But he suffered yet another heart attack in June. Late that month, according to the source, Hassan was unofficially brought under an assumed name to Beirut, where he was admitted to the American University Hospital (AUH), which is considered to be the best in the region.

A doctor at the hospital confirmed to DER SPIEGEL that a high-ranking Syrian was hospitalized at that time. The doctor says he was brought in through a side entrance that is not monitored by a surveillance camera and was then taken to the cardiology department on the fifth floor, where he was heavily guarded. His condition, the doctor says, is poor.

In early July, when trying to pay the general a visit on the fifth floor, all of the visitors' benches there were empty aside from several muscular men in tight-fitting suits who promptly made it clear that no unknown visitors were welcome.

Leading members of the Assad regime are constantly condemning the United States, the AUH doctor says. "But when they suffer serious health problems, they all come here." It's been that way for years, the doctor says. Former Syrian Vice President Faruk al-Sharaa was treated at AUH, the doctor says, as were the leader of Assad's Baath Party and the heads of the country's security services.

As such, it is hardly unusual that Hassan was brought to Beirut. And it wasn't his first visit, either. In February, German officials received information that Hassan obtained treatment in AUH's cardiology department.

Germany's Federal Public Prosecutor Peter Frank submitted an extradition request to the Lebanese government at the time, but Beirut seemed to be in no hurry to respond. In March, the government made an inquiry with the General Directorate of State Security, which responded curtly that nobody by the name of Jamil Hassan had entered Lebanon since early 2018. The answer was transferred by the Lebanese Justice Ministry to the Foreign Ministry, which finally passed it along to the Germans in April.

On Hassan's latest visit, the Germans and the French -- and likely the Americans -- were informed about the clandestine patient from Syria. But this time, nothing happened at all. Sources in Germany said that there simply isn't anybody in Lebanon who would risk taking on the responsibility of arresting Jamil Hassan. None of the power blocks in the Lebanese cabinet wants to stir up the ire of the Assad regime.

Nobody at the Lebanese Interior Ministry wants to say anything at all about the case. It is an "extremely delicate issue," we were told. The only official comment came days after the initial inquiry from a spokesman who did not want to be quoted by name: "No comment!"

On or about July 21, says the AUH doctor, the heavily guarded Syrian was removed from the hospital, though it remains unclear where he was taken or what his condition was. Hassan's position as head of Air Force Intelligence had already been handed to his deputy in early July as part of a far-reaching shakeup of military and security leadership.

Jamil Hassan, in other words, has managed to escape. Again. 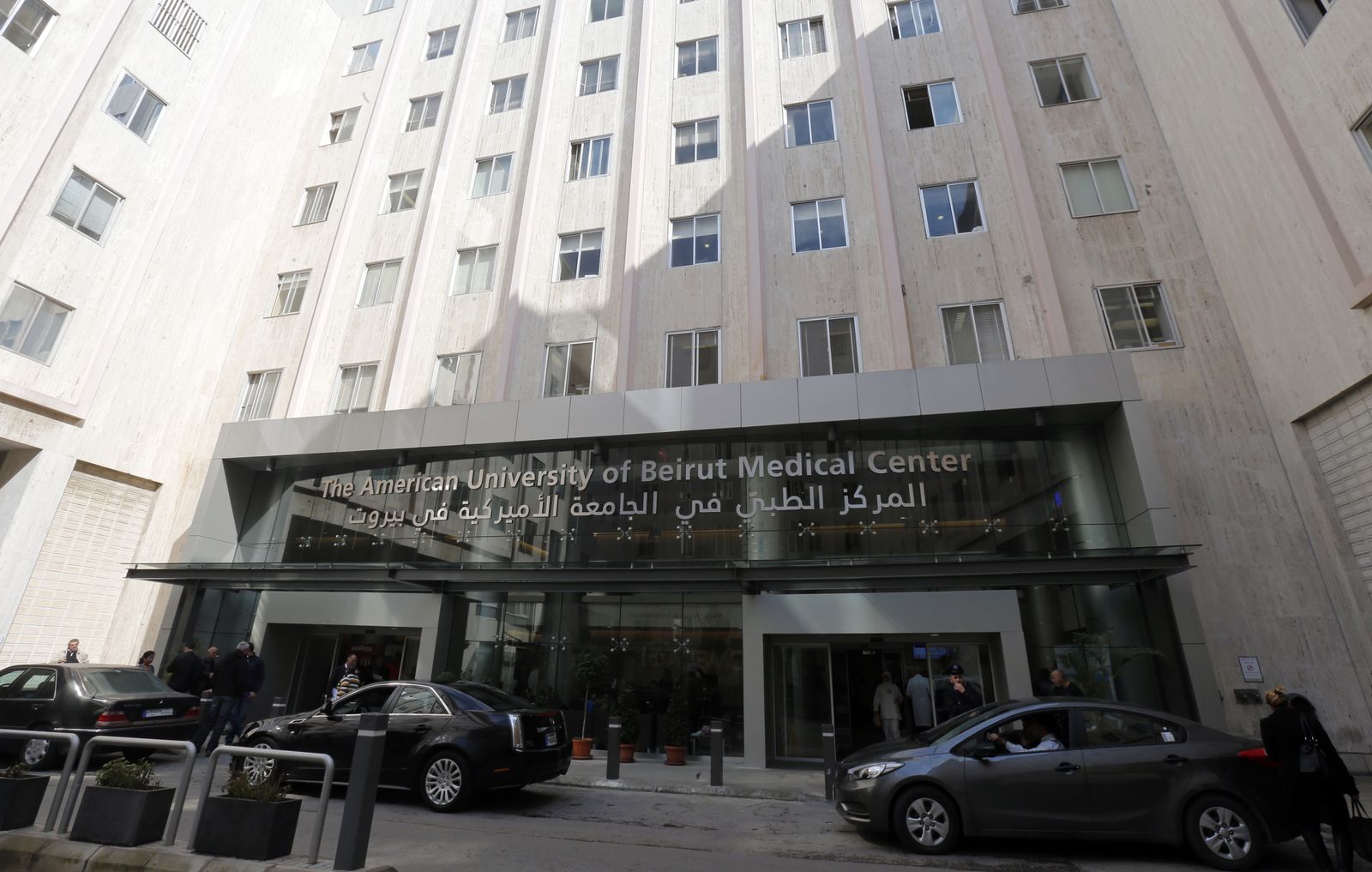 The American University Hospital in Beirut