The role of foreign jihadists linked to al-Qaida in Syria has been the subject of intense discussion in the Western media, among think tanks and inside governments. Yet despite the attention paid to the issue, the research behind the reports published is often thin.

There's a good reason for this, too: Very few foreign journalists are still traveling within the areas of Syria that are no longer controlled by the regime of dictator Bashar Assad. Of course, other factors also influence the reporting. Right from the start, the regime described the insurgency in its propaganda as the action of "foreign terrorists," and it has often used the Russian media in particular as a platform for spreading false accounts of events.

In early September, for example, the regime attributed an attack by diverse rebel groups on two checkpoints held by Christian militiamen in the western Syrian city of Malloula to al-Qaida. It claimed that the group had attacked and damaged churches and that it drove Christians into the streets and forced them to convert to Islam, with the threat of decapitation if they didn't. This horrific version of the story made its way into reporting by American and British news agencies. Indeed, few reported that the nuns at Maaloula's Tekla monastery had denied that such attacks had even taken place.

Where Are the Fact-Checkers?

There's a general tendency in the media for any story of a purported al-Qaida atrocity to get considerable coverage without any regard for fact-checking the story and its accuracy. The examples are numerous -- from attacks on churches to the alleged exodus of radical young Tunisian women making "sex jihad" in Syria, where dozens of young fighters are purportedly sharing their bodies for the cause.

The presence of foreign radicals (even when they weren't even there) is often used as an argument against any military intervention or even just providing weapons aid to the rebels. But what role do these foreigners truly play in Syria?

By mid-2012, already a year since the start of the insurgency, the number of foreign fighters in Syria was small. The largest group was comprised of Libyans. After successfully toppling Moammar Gadhafi, their motivation had a lot more to do with supporting the fight against a dictator than any Islamist agenda. It was only after the fall of the most important border crossings to Turkey in July 2012 and with the possibilities of traveling comfortably into northern Syria that the number of jihadists began to grow.

The flow of radicals came from Tunisia, Saudi Arabia, Egypt and Chechnya in particular -- and their goal was no longer to assist Syrian rebels in the battle for a democratic state but rather to establish a pan-Islamic theocracy, as crude as the idea may have been, on Syrian soil.

It's also not the case that they are steering the majority of the insurgents in their direction. They mostly organize into small groups separate from the Syrian units, but they do offer military cooperation.

In the beginning, the Arabs tended to work primarily together with the Al-Nusra Front, but the situation changed in early 2013. The group Islamic State in Iraq and Syria (ISIS), initially made up of fighters from Iraq, quickly became a catch-all for foreigners. With 3,000 to 6,000 members, it is still relatively small compared to the Syrian rebel groups -- particularly the Free Syrian Army (FSA), with around 100,000 men -- but ISIS has access to money from wealthy private benefactors in the Gulf states. ISIS also makes use of the rebels' core dilemma -- with a lack of foreign aid, the radicals offer themselves up as fighters.

Only a Fraction See Battle

Still, only a fraction of these jihadists are participating in actual battles -- ones that, at the moment, are largely focused on the provinces of Aleppo and Hama. Far more are building bases in the regions that have long-since been wrested from Assad's control.

There, they are trying to build bases of power, but they are also being confronted with bitter and successful resistance from local councils and rebels who fear they will be forced into submission by ISIS -- particularly in the northeastern provincial capital of Raqqa, where ISIS has blocked all attempts to establish an administration and local councils that remain independent of the group through kidnappings and murder.

In the northern coastal province of Lattakia alone, ISIS squads have shot two prominent FSA commanders and conducted a bombing attack against another. And hours of gun battles broke out last week in the border city of Azaz after FSA fighters resorted to violence to stop the attempted kidnapping of foreign doctors by ISIS. But then Aleppo's most powerful rebel brigade, Tauhid, negotiated a cease-fire.

Nevertheless, the cooperation is tantamount to a Faustian pact. "We can't afford to have two fronts," said Hassan Hamadeh, a former colonel for Assad's froces who defected to the FSA. Meanwhile, the brigadier general of the FSA, Salim Idriss, said in an interview published this week by SPIEGEL that the jihadists are "very dangerous for us." "But so long as no one helps us otherwise, I can't prohibit cooperation on a local level."

SPIEGEL recently visited the provinces of Idlib and Aleppo in northern Syria for extensive research about the role of foreign jihadis in the conflict as well as the city of Atmeh near Syria's border to Turkey, which has become a central location of jihadists making their way into the civil war-torn country. Read the full feature here.

In addition, SPIEGEL investigated the kidnapping of Ziad Nouri, a German citizen with Syrian roots who was held for 111 days. His days in captivity shed light on how largely foreign jihadists are targeting potential targets in Syria in order to fetch lucrative ransoms. Read the full feature here.

A SPIEGEL Special on foreign jihadists in Syria 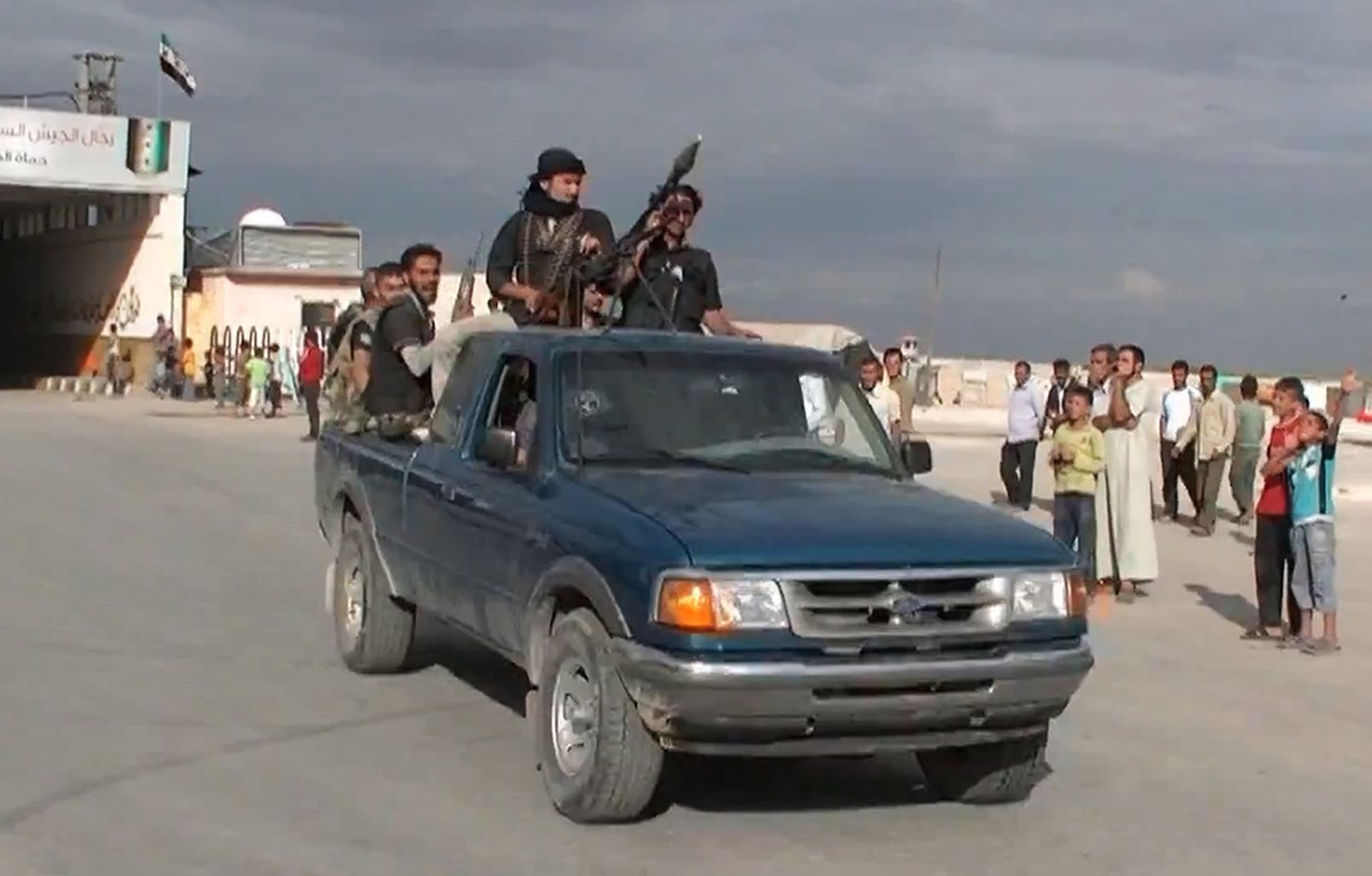 Hours of gun battles broke out in Azaz, Syria, last week between Free Syrian Army fighters and jihadists with ISIS.