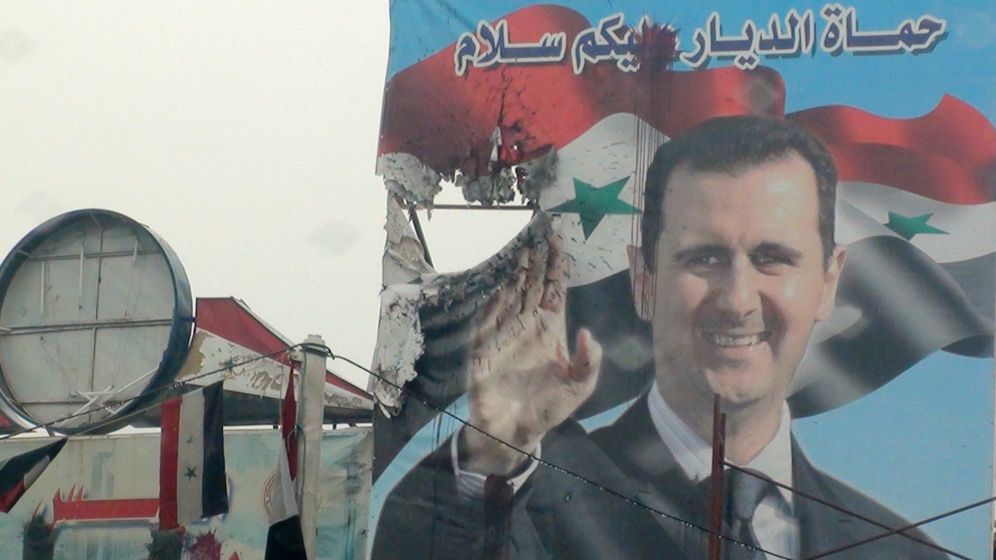 At about 7:30 p.m. on July 11, Ola Abbas sat down at her laptop in her apartment in southeast Damascus and summoned her courage. She then compressed her rage, which had been building up for months, into 187 words that have changed her life.

At about 10 p.m., she clicked "Send" and posted her message on Facebook. In it, she explains that she now sides with the Syrian rebels and no longer supports Syrian President Bashar Assad. She fled to Beirut the next day and to Paris a week later. Everything has changed since then.

Abbas, 38, was the face and voice of the regime. For 15 years, she presented the news on Syrian state television and radio. Most recently, she spent more than a year telling Syrians that there was no uprising, that the rebels were merely armed terrorists determined to sow chaos, that there was an Israeli-Saudi-Western conspiracy against her country, and that Assad was the protector of the country's sovereignty.

She presented all these statements to her country. But, today, she says she never meant any of it.

Her escape has dealt yet another blow to the regime, and one that is difficult to explain. The firm, smoky voice that listeners had come to love and that is now no longer to be heard on the radio is that of an Alawite who benefited from Assad's regime throughout her life -- and who is now providing insights into the inner workings of the Syrian propaganda machine.

Abbas meets with us in an austere, cell-like room in the southern part of Paris. The 10-square-meter (108-square-foot) room is sparsely furnished with a table, a bed and three chairs borrowed from her neighbor, and a bookshelf with an English-language book on it, which she cannot read.

Abbas articulates her words carefully, underscoring the sentences that are important to her by opening her eyes wide and making dramatic gestures, leaving no room for debate. She has retained her announcer's personality, honed and perfected for 15 years. But the content has now changed.

Bashar Assad is a criminal, Abbas says, a monster who is slaughtering his own people. She describes the state-owned media as his vicarious agents, both dependent and obedient. She cuts short any attempt to reproach her by slicing her finger through the air, as she chain-smokes hand-rolled cigarettes.

She says that she had made up her mind that she was against the regime within the first few months of the rebellion, especially after government forces opened fire on peaceful protestors. But she remained silent out of fear.

She drove to work every morning through downtown Damascus to the state television building. "I often sat crying in my car. The thought of having to read Bashar's messages every day almost broke my heart," Abbas says.

Like Assad, Abbas is a member of the Alawite religious minority, and thus part of the Syrian elite. Her parents were writers, and her mother, the president of the Arab Writers Union, is a firm supporter of Assad. Abbas's fiancé is also loyal to the regime.

Only close friends and colleagues knew about her plan to flee the country. It was rarely discussed, she says, and when anyone did talk about it, it was only in hushed tones in a storage room at the office, out of range of the intelligence service's microphones. The Syrian media have kept silent about her disappearance.

Inklings of the Truth

For a long time, Abbas told herself that everything would turn out for the best. Whenever Assad appeared in public, she says, she hoped that it was to announce his resignation. But the opposite happened, and things only got worse. With each new instruction that arrived in the offices of the state television and radio network from the Information Ministry, Abbas says, her conscience felt increasingly guilty.

The word "demonstrators" was prohibited in the media from the start. Soon there was no longer just talk of "people who are going into the streets to cause chaos," but also of "armed groups," "conspirators" and, finally, "extremists, Islamists and terrorists." The uprising was dubbed a "conspiracy" and the revolution a "crisis." As the rhetoric escalated, so did the conflict.

Abbas had gotten used to the fact that none of what her friends were reporting from Daraa and Homs, the centers of the uprising, could be mentioned on air. Neither could the reports she saw every day on Al-Jazeera and Al-Arabiya.

She obediently quoted SANA, the Syrian state news agency, which she says gets its information directly from the information office at the presidential palace. She also became accustomed to the friendly nods of the information minister, whom she repeatedly encountered in the hallways at the station. She played along.

Soon notes were posted at the station with the names of singers like Fadl Shaker and Assala Nasri, whose music was no longer to be played. At a certain point, live conversations with listeners were no longer permitted because they couldn't be controlled.

One day the secret police came and took away a colleague who had filmed a pro-Assad demonstration in way that made it obvious that hardly anyone was there. Abbas hasn't seen him since. And still she said nothing.

Deciding between Angels and Devils

But when images of the massacres in Houla and Masraat al-Qubair began turning up, images of murdered women and children, and when she started hearing reports about the brutality of the Shabiha militias, she decided to act.

She posted her message, received anonymous threatening phone calls that same evening, packed up her documents and a small amount of money and fled. Friends have sent her the bare necessities, including some clothes and the red pants she likes to wear.

She has talked herself into a rage and, for the first time, she becomes emotional and says: "At a certain point, everyone has to decide between the devil and the angels. I did it, even if it was a little too late. I was driven by my conscience, which, after all, is what separates us from animals."

Abbas is the first broadcast media host to defect. But she might not be the last. She says she knows other journalists in the state-owned media who are sympathetic to the opposition but are still holding out.

She speculates that perhaps it's because they are unwilling to leave their families or give up a relationship, as she did. Or perhaps they are afraid of what will happen once Assad is gone.

Meanwhile, the dictator is also losing support among those who speak on his behalf. In any case, few people believe what's reported anymore. Now that the fighting has spread to Damascus, Syrians know that their country is embroiled in a large-scale rebellion.

She sees Paris as a temporary solution. She doesn't know her way around, keeps getting lost in her own neighborhood, eats almost all of her meals in a Syrian restaurant around the corner, and speaks little French.

She can't go back. The secret police would arrest her immediately, she says, and she would be forced to confess, in front of a live camera, that she is a terrorist and that foreign powers paid her to harm Syria. Abbas is familiar with such videos because they're the ones that are played on state television.

She is waiting for the day when Assad is overthrown. Once that happens, she says, she wants to go back immediately and work as a journalist. "I believe that I can help my country in that way," Abbas says.