SPIEGEL: Mr. Scheffer, immigrants are widely seen as a problem in Europe today. Or can you name a country that is dealing successfully with immigration?

Scheffer: In the past few years, I have visited the areas where most of the immigrants live, cities like Lyon, Rotterdam, Berlin, Birmingham and Malmö. I see the same social problems everywhere: segregation, high unemployment, cultural alienation. 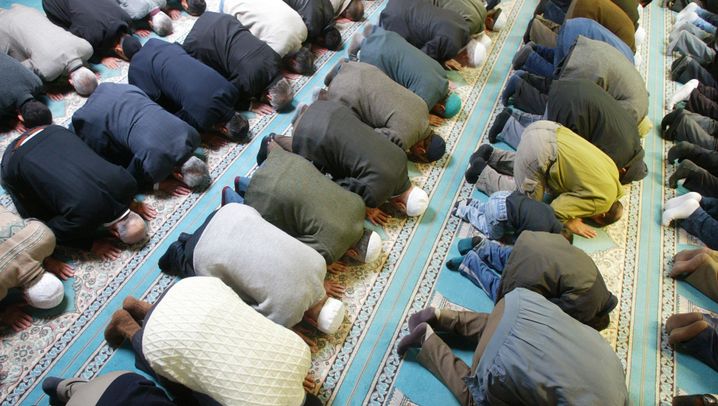 SPIEGEL: If integration has gone wrong, we have to ask: Who is to blame? The conventional answer would be: the host society, because it hasn't accepted the immigrants. Do you agree?

Scheffer: I am not interested in assigning blame. I see a pattern that we know from the history of the United States. It begins with segregation on both sides. The immigrants don't want to become merged into a society that they perceive as foreign, and so they stick together and form networks. The local inhabitants, on the other hand, abandon neighborhoods where the immigrants settle. Avoidance is part of the history of immigration. That's why I don't say that integration has failed, but that it's just beginning.

Scheffer: At a certain point, avoidance is no longer possible, and people begin to notice that they depend on one another. We are now in the midst of the second phase, and it's filled with conflict.

SPIEGEL: What would the next stage be?

Scheffer: Real acceptance. I see the search for a new social contract in today's conflicts. We must bring the prejudices of both sides face to face, or else there will be no acceptance. Here's an example to illustrate the problem: I recently visited a school in Antwerp, a good school where the Flemish elite were educated. Today 95 percent of the children in this school are from immigrant families, including many from Muslim families. The whole thing is a success story, and yet the teachers say that it has become difficult to talk about the Holocaust in history class, evolution in biology class or a "perverse" writer like Oscar Wilde in literature class. Eventually the time comes when we must react to such prejudices.

SPIEGEL: And what do the teachers do?

Scheffer: They try to stick to the lesson plan, but it takes a lot of hard work and confidence to bring these children, who were raised with a highly traditional understanding of religion, to a point where they can discuss such issues. Even the so-called majority has its prejudices, including discrimination in the job market or resistance to plans to build mosques.

SPIEGEL: Why should an enlightened society back off in order to accommodate a few immigrants?

Scheffer: It's not just a few, but millions. Twenty percent of our society today consists of first and second-generation immigrants, of which Muslims are only a minority. But their presence also raises new questions. We must now redefine the meaning of religious freedom, which is something both sides must realize. I believe that mosques should not be forced into marginal areas, but should be clearly visible in the public space. This also means that this right is tied to the obligation to guarantee the same rights to people of other religions or those without religion. This reciprocity between right and obligation has not been clearly articulated in this country.

SPIEGEL: One could argue that, first of all, the rules of the majority society deserve to be respected.

Scheffer: I believe that integration can only succeed on the basis of reciprocity. And not in the sense that I have my culture and they have their culture, and we'll meet somewhere in the middle. There are 170 nationalities living in a city like Amsterdam. Where are we supposed to find that imaginary center multiculturalists have dreamed about? But when we talk about a separation of church and state, we cannot articulate this normativity without repercussions for the host society.

SPIEGEL: This would mean, for example, that the same things should apply to Christians that we want to impose on Muslims, that is, no bans on headscarves or crucifixes in classrooms?

Scheffer: It will not be possible to simply invoke a Christian tradition. How can Muslims clearly acknowledge a separation of church and state while we do not, because we have a number of rules -- like the church tax -- that are hard to reconcile with this principle?

SPIEGEL: It's certainly possible that we have deficits when it comes to secularization, but the Muslim immigrants haven't even begun with secularization.

Scheffer: The question is: Can we confront others with a principle that we don't even uphold? We must measure up to our ideals.

SPIEGEL: We have to question ourselves so that we can make demands to others?

Scheffer: Yes, for me that's the principle of an open society: the capacity for self-criticism.

SPIEGEL: Does the immigrants' willingness to be integrated truly increase if crucifixes disappear from the walls?

Scheffer: There is a lot more at issue than just a few crucifixes. There has never been such a large Islamic presence in a Western European society, which makes what we are now experiencing so unique. I cannot defend the freedom of Muslims if so few of them are willing to defend my freedom. At the same time, there are political movements in many European societies that seek to restrict the freedoms of Muslims. At the moment, it isn't quite clear how the experiment will end.

SPIEGEL: There are people who say that the values of the Enlightenment, which we have managed to achieve, are superior to the values of many Muslim immigrants.

Scheffer: The idea of an open society is an ideal that is superior to all comparable alternatives. But we do not embody this ideal. Instead, we can only attempt to bring ourselves closer to it. That's why I never speak of superiority, but of self-criticism as part of the search for integration. Why do I talk about equal treatment so much? Because I am convinced that there is no other way to see immigrants as citizens, not as second-class inhabitants of our communities. Because an open society provides everyone with the space to structure his own life.

SPIEGEL: Immigration is nothing new, not even for Germany. Half a million Poles were living in the Ruhr region in 1915

Scheffer: and there were the same problems we have today: exclusion and cultural alienation. Polish pastors were told to deliver their sermons in German. That is the history and the essence of migration: There is always a new wave of immigration that forces society to redefine itself. Protestant America had to redefine itself when it accepted Catholic immigrants, and during the process the Catholics, who had come from Ireland and Poland, changed their extremely conservative ideas about religion.

SPIEGEL: Has too little or too much been done for immigrants? Have they been left alone or have we patronized them with our attentions?

Scheffer: I don't believe that we have done too little. But did we do the right thing? We have always said: They need more time, they cannot be confronted with the principle of the open society yet, they aren't ready for it. We were paternalistic.

SPIEGEL: How can that be changed?

Scheffer: We must also talk about the structure of our institutions, and about the welfare and benefit-oriented state. We have managed to turn a part of society, the people who were willing to take the greatest risks and leave everything behind for an uncertain future, into the most passive segment of society. The situation is different in the United States, with its market-oriented immigration policy. In New York, 90 percent of first-generation immigrants are employed. It's less than 50 percent in Amsterdam. Turkish immigrants in Germany are in a similar situation.

SPIEGEL: What we will undoubtedly lose in the dispute over the right form of living together is part of our freedom of opinion. We already see criticism of religion being treated as a taboo, just because someone could feel offended.

Scheffer: Unfortunately, that's true. In England, where the radicalization of Muslims has progressed the furthest, they want to impose harsher sentences for blasphemy, so as not to risk upsetting the public order. But tolerance cannot be based on fear. A situation like this can also encourage a society to increase its efforts to preserve freedom. That's the appropriate reaction to a policy based on fear: a growing consciousness of the importance of free speech and a growing willingness to rebel against the temptations of self-censorship.

SPIEGEL: Does a society ruled by fear even have the strength to reform itself in a positive way? Or will it back away from the threat?

Scheffer: If we don't deal with conflicts, we will never achieve acceptance. I can't tell you how long it will take, but we have no other choice but to be committed and to treat conflict as an opportunity to approach the ideal of an open society.