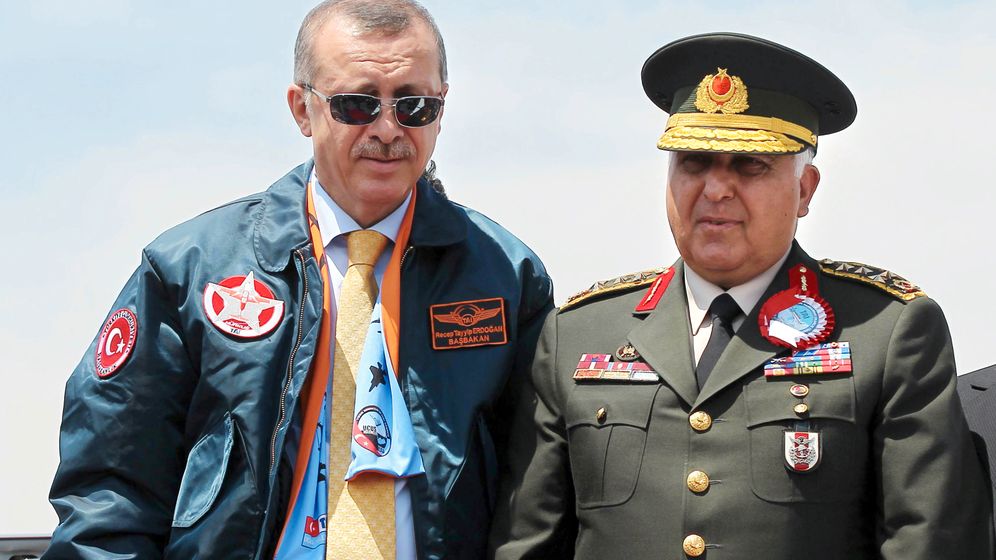 Necdet Özel, the chief of the Turkish General Staff, pulled his visor cap deep down over his face and placed his right hand on his holster. In Akçakale, where a Syrian shell killed five civilians in early October, and which has come under more artillery fire from the neighboring country since then, the commander of the Turkish army threated to strike back with "full force" if the shelling from Syria didn't stop. "We are here," he said, "and we are standing tall."

Several tank groups rumbled up to a few meters from the border, and at least 25 additional fighter jets landed at the Diyarbakir air base. Özel's message was that Turkey, whose army of 612,000 troops is the largest in the Middle East, is preparing for war with Syria.

The general's army, second in size only to that of the United States within NATO, would likely defeat the regime of Syrian President Bashar Assad within a few days. But an attack could drag NATO into the conflict, and it also poses substantial risks. The few shells that are landing on Turkish soil should be the least of Turkish Prime Minister Recep Tayyip Erdogan's worries. Indeed, he should be more concerned over a strategic maneuver on the part of Syria, whereby Assad is allowing the Kurds to do as they please on his side of the border, fueling the Turks' fears of a new uprising by the Kurdish minority in their own country.

In principle, an enabling statute for military campaigns would allow Prime Minister Erdogan to strike at any time. The situation in the region is already volatile. Syrian artillery shells continue to strike near refugee camps that now house up to 100,000 Syrians. And with the forced landing last week of a Syrian passenger jet, which apparently had ammunition and missile parts from Russia in its cargo hold, Turkey irritated the Assad regime and antagonized Syria's ally, Russian President Vladimir Putin.

The incident prompted Turkey to ban all Syrian aircraft from its airspace. Meanwhile, on Monday, an Armenian plane flying to the Syrian city of Aleppo was ordered to land. After its cargo was searched, the plane was allowed to continue on its way once it was confirmed the plane was carrying humanitarian aid as Armenian officials had stated.

Erdogan is also playing with fire by granting safe haven to the Syrian opposition in exile, providing the Free Syrian Army with space to retreat and probably helping resupply the rebels with weapons. Erdogan was the first foreign leader to call for the establishment of a buffer zone in northern Syria.

Assad took revenge in his own way, by withdrawing his military from Syria's Kurdish areas in the northeastern part of the country bordering Turkey in recent months. The area is now controlled by an organization affiliated with the banned Kurdistan Workers' Party (PKK), the Democratic Union Party (PYD) which reportedly has already proclaimed a "West Kurdistan Autonomous Region."

The possibility of a second Kurdish republic taking shape -- next to the semiautonomous Kurdish region of northern Iraq -- is a nightmare for Erdogan. He already has his hands full with the chronic Kurdish problem in his own country. In fighting between the Turkish Army and PKK units, more than 700 people died this year alone, in what was the bloodiest summer in 20 years.

Kurdish separatists in Turkey, who are already looking to Syria with envy, could now see a resurrection of their cause, even to the point of achieving a "Greater Kurdistan, which includes the southern borders of Turkey," as the daily newspaper Milliyet writes.

So are the freedom-loving Kurds, more than the Assad regime, the true targets of Turkey's potential war plans? There is a good reason that Erdogan's new military law only vaguely mentions "operations outside Turkish borders." Similar language was used in the past to legitimize operations against presumed PKK positions in northern Iraq that were dubious under international law.

It is clear that a military strike against Kurds in northeastern Syria could be easier to sell to the Turkish public than a war against the entire country. "We don't want our children's blood to be shed in Arab deserts," Turkish opposition leader Kemal Kiliçdaroglu said in parliament.

But it is also clear that if Turks are killed in another Syrian shelling incident, Erdogan could feel compelled to act. His personal hostility toward Assad would likely help him overcome any qualms. The Turkish premier feels personally deceived by his former "brother," after Assad promised reforms several times and then proceeded against his people with unchanged severity. Erdogan's best friend in the Arab world became his worst enemy.

To prepare his war-weary people for the worst, the Turkish premier has also appealed to their patriotic spirit, saying: "A country that is not prepared to go to war at any time is not fully developed."

Erdogan berates cautious people like Kiliçdaroglu as traitors to the Turkish people, noting that the opposition leader is, after all, an Alevi, which, of course, would make him a supporter of the Assad's Alawite regime. Alevis and Alawites are both sects of Shiite Islam. 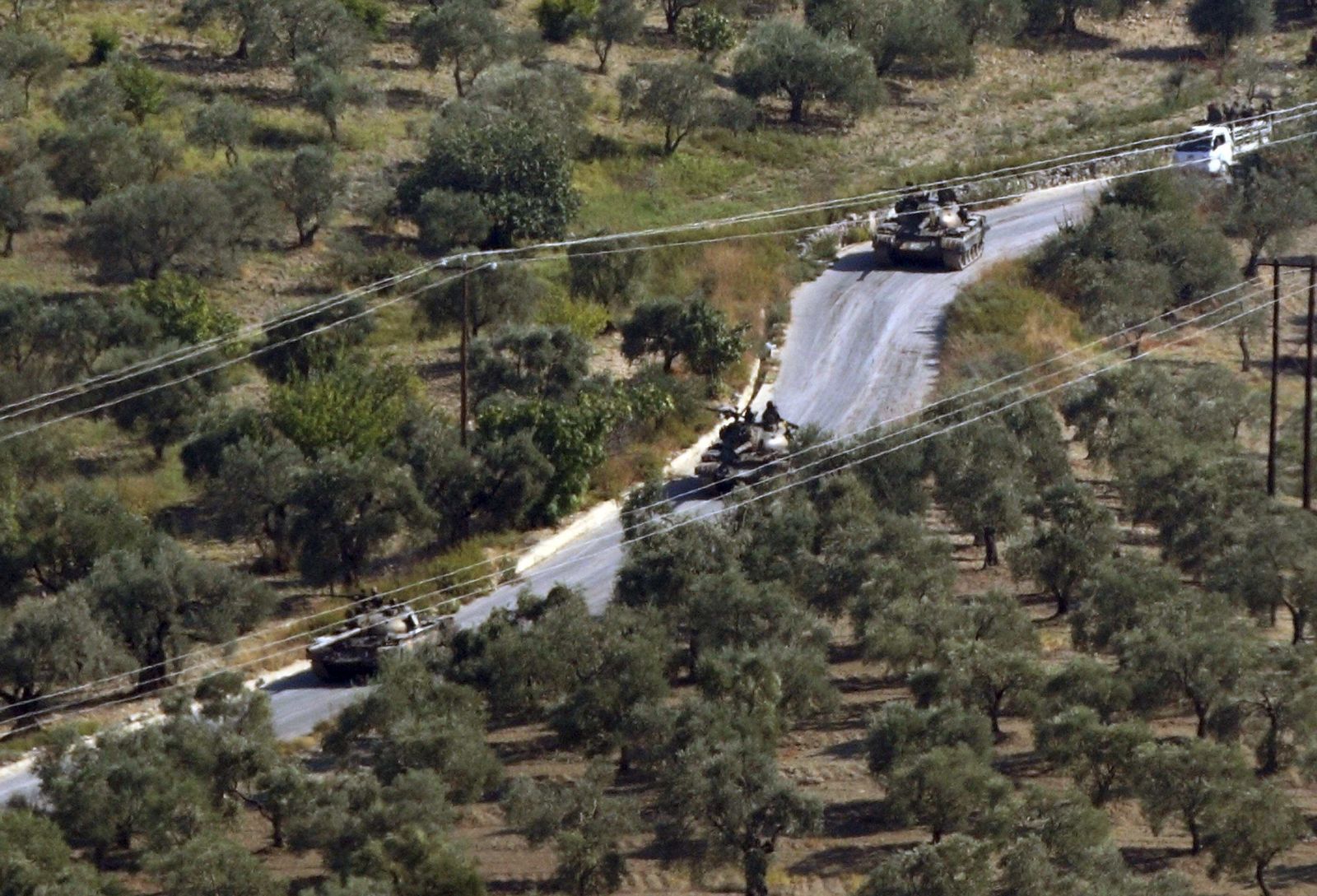 Heavy clashes are ongoing between rebel fighters and government troops in northern Syria along the border to Turkey.