Western intelligence officials remain worried about a possible terror plot aimed at targets in Western Europe, including London and cities in France and Germany, according to media reports. Militants in Pakistan were allegedly planning the attacks, according to reports by the British television station Sky News and the US business daily Wall Street Journal. The news mirrors a Sept. 6 report in SPIEGEL.

Sky News reported that the plot, which it described as "not imminent," was to involve "Mumbai-style attacks on Britain and other European countries," a reference to the militant raids on several targets in the Indian city in November of 2008, which resulted in the deaths of 166 people with a further 300 sustaining injuries.

Security personnel in Pakistan have confirmed to SPIEGEL ONLINE that they are continuing to track indications of such a series of attacks. Embassies, aid organizations and other foreign facilities have been encouraged to increase their vigilance.

The website of the US television station ABC is reporting that a senior US official has called the plot "credible," but added that the timing and the exact location of any possible attack was unclear.

Intelligence and law enforcement officers in both the US and Europe have said that the information regarding the alleged terror plot was obtained during the interrogation of a German arrested in summer on suspicions of terrorism. He was allegedly on his way to Europe when he was detained and is now being held at Bagram Airfield in Afghanistan.

The early September story in SPIEGEL reported that the suspect in question is from Hamburg and is named Ahmad S. The 36-year-old was arrested in Kabul at the beginning of July. He has allegedly spoken extensively about a series of attacks in both Germany and neighboring European countries and is said to belong to the Islamic Movement of Uzbekistan, a group that has been able to attract a significant number of recruits from Germany recently.

According to ABC, US intelligence officials say that the German suspect has said that several teams of attackers had been received training in Waziristan and in Pakistan. All of them, he reportedly said, have European passports.

The report of a planned terror attack comes amidst a wave of warnings from Western intelligence officials. Just last week, US Secretary of Homeland Security Janet Napolitano said that the threat of terror attacks in the US and Europe was on the rise. Officials in France have shown even more concern. "The threat is real and our surveillance has been intensified," said Interior Minister Brice Hortefeux recently.

Indeed, the Eiffel Tower was temporarily closed to visitors on Tuesday evening for the second time in two weeks following a bomb threat. It was reopened just two hours later after police completed a search of the structure.

The US military has stepped up drone attacks against suspected Islamist sites in Pakistan in recent days. The Wall Street Journal is reporting that the increase in drone attacks is directly connected to efforts to thwart the alleged terror plot. Sky News reports that some of the planners of the attacks have been killed in the drone assaults.

Since the foiled bomb attack on Times Square in on May 1, 2010 -- and the subsequent arrest of Faisal Shahzad of Pakistan -- US government representatives have repeatedly said they would go after terrorist targets in Pakistan should an attack against the US be planned and carried out from Pakistani territory.

Pakistan has protested against the increased number of drone attacks in Pakistani territory, but US officials have said the drone attacks are conducted with the acquiescence of the Pakistan government. 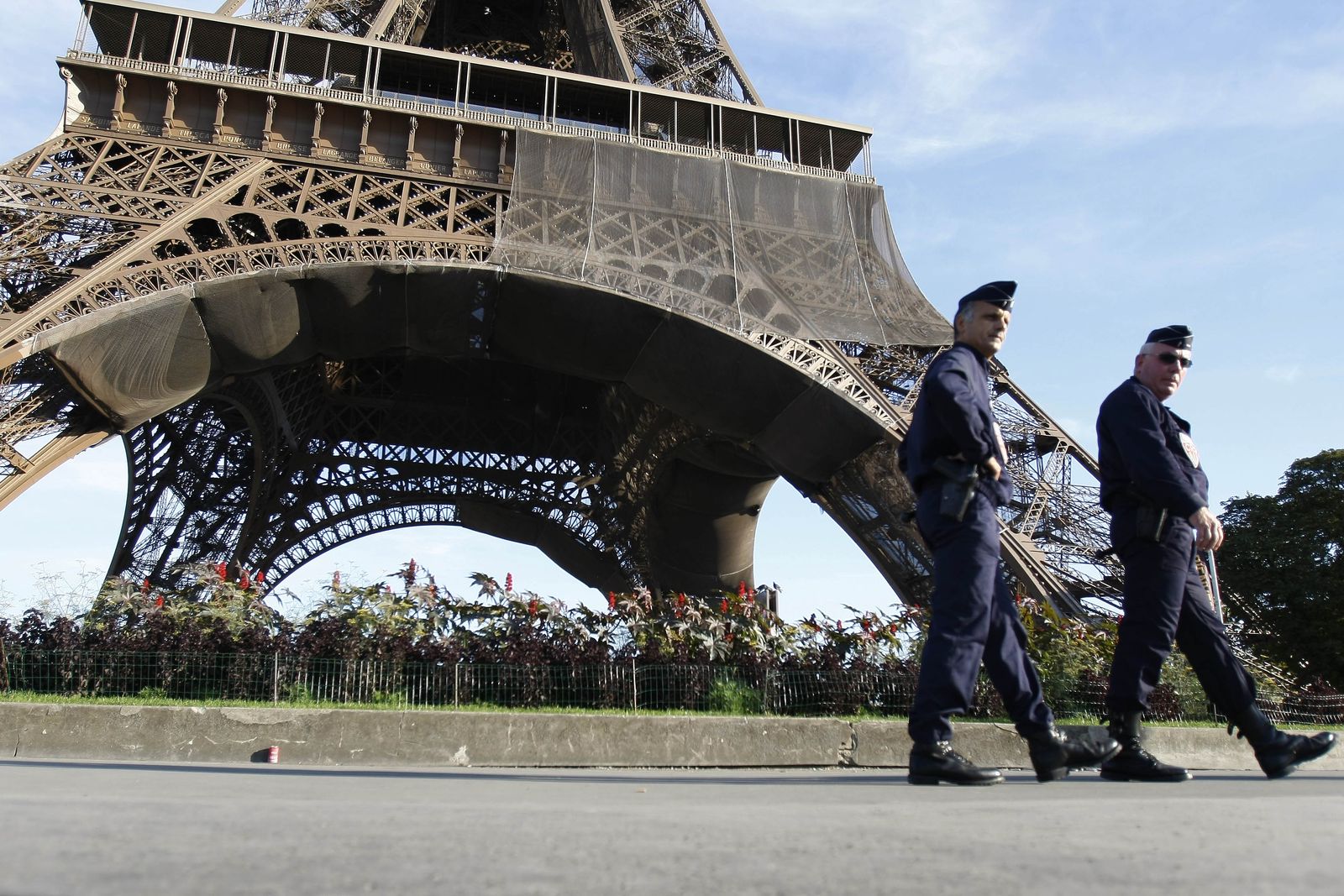 French police temporarily closed down the Eiffel Tower on Tuesday due to a bomb threat.