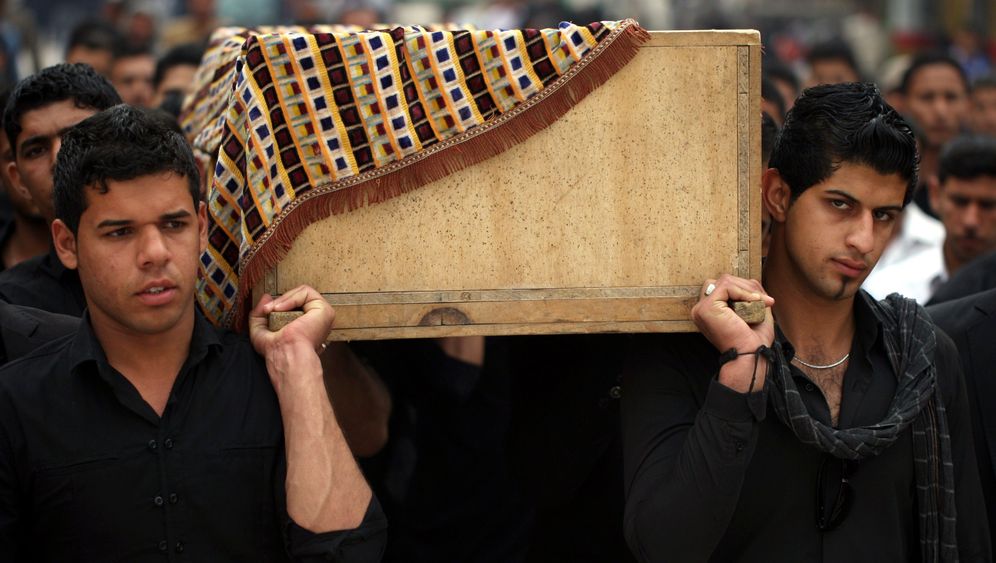 Photo Gallery: The Return of Violence in Iraq

In 1979, Nouri al-Maliki was a young Shiite filled with rage. He had heard about the failures of his grandfather, and experienced those of his father first-hand. His grandfather had written poems about his glorious country and had fought against the British, but to no avail. His father had dreamed of great things for the Arab world, but in 1968 he was arrested by Baath Party troops and imprisoned.

The young Maliki, born in 1950, was a dissident in the central Iraq city of Hilla. He wanted to overthrow Saddam Hussein and liberate the Shiites, but he was captured by Saddam's henchmen. A judge ordered his release, but then the judge himself was executed. Maliki fled on the evening of Oct. 19, 1979. The next day 16 vehicles arrived at his house to conduct the next raid. They were looking for Maliki.

He remained in exile for 24 years, in Syria and Iran. Maliki learned how power and powerlessness worked, how it felt to lose friends and how it felt to be betrayed by them. When he returned to Iraq after the American invasion in 2003, Maliki knew exactly what he wanted.

Prime Minister Maliki has been in power for eight years now and will run for a third term in April. Today, no small number of Sunnis and Kurds characterize Maliki as "corrupt," "despotic" and "tyrannical," the same terms Shiites and Kurds once used to describe Saddam Hussein. But Maliki is also trying to govern a caricature of a country, one that US President Barack Obama said in 2011 was "not a perfect place" but at least "sovereign, stable and self-reliant." It's the sort of thing a US president says when seeking to justify the withdrawal of his troops.

Attacks Across the Country

More than 115,000 Iraqis and close to 4,500 Americans lost their lives in the war against Saddam and for so-called democratization. Ten years after US President George W. Bush's "mission accomplished" declaration, the phrase has become a metaphor for all manner of perceptual disorders. But Obama's efforts to whitewash current Iraqi realities have also been audacious, as shown by the ongoing fighting over Anbar Province and persistent terrorist attacks across the country.

In cities like Fallujah, one Western diplomat says, "sociopaths led by psychopaths" are at work. And although Maliki has sharply increased security in the capital, the government is not even capable of keeping the peace in Baghdad, particularly as violence has swelled ahead of parliamenary elections set for the end of April.

It has become a quiet city, aside from the gunfire and explosions. The markets are empty as are the restaurants and ice cream parlors. The only place families still go on outings together is the zoo, because with children, you have to go somewhere. Foreigners pay security firms from $1,000 (€720) to as much as $3,000 a day and rush around the city in armored SUVs, hoping to avoid the feared checkpoints.

At the checkpoints, with their sandbags, towers and barriers, soldiers with German Shepherd dogs and weapons at the ready peer anxiously through car windows. They inspect the vehicles and hold mirrors behind the wheels, sometimes not even noticing that they have forgotten to breathe. Far too often, cars have been transformed into bombs, which helps explain why Baghdad is such a nervous city.

In an off-the-record conversation, a Western diplomat said that Iraq is "actually ungovernable." To this day, the artificial entity that the British created in 1920 by combining three provinces of the Ottoman Empire -- Mosul in the north, Baghdad in the center and Basra in the south -- has not grown together into a single nation. The image of an Iraqi identity was never real, but merely forcibly imposed by Saddam's iron fist.

Maliki is fighting the forces that are pulling Iraq apart with at least as heavy a hand. As they did under Saddam, Shiites in the south are pushing for independence, inspired by religious leaders with close ties to fellow Shiites in Iran. In the north, the Kurds are defending the autonomy they struggled to gain under Saddam. And in the central and northwestern parts of the country, the Sunnis feel deprived of every advantage they once enjoyed under Saddam, who was a Sunni.

Maliki is also dealing with extremists from the al-Qaida network and groups like the Islamic State in Iraq and Syria (ISIS). These fundamentalists are waging their own war against the central government and depend on the support of disillusioned clan fighters.

The parliament is as deeply divided as the country. In an austere building Saddam built for Baath Party lawmakers in his single-party state, the 325 members of the Council of Representatives of Iraq are trying their hand at democracy. It is an exhausting job.

Qusay al-Suhail has dark bags under his eyes, constantly removing his glasses to rub them. Suhail is the deputy speaker of the parliament and one of the followers of Shiite cleric Muqtada al-Sadr. The cleric was a Maliki ally until a few weeks ago, when he referred to Maliki as a "tyrant." Now Suhail must support his mentor Sadr while somehow keeping the coalition together at the same time.

Suhail tends to avoid vitriol, but he says that "the biggest of the many problems in this country" is terrorism, adding that the blame for that lies with the Sunni extremists. "In the past," says Suhail, "we Shiites suffered under Saddam, and now we suffer under al-Qaida. Their terror is directed against us, against the Shia."

A few offices down the hall, Sunni politician Hamid al-Mutlaq says the country can only go downhill if Shiites like Maliki remain in power. Mutlaq, a member of the alliance of parties headed by secular Shiite and former Prime Minister Ayad Allawi, is the chairman of the defense and security committee in parliament.

Mutlaq, who doesn't make a particularly delicate impression, hasn't returned home to Fallujah for almost two months, ever since a bomb struck his house there. He says that there are "special troops who are burning down the houses of the Sunnis," and that "half a million people have fled." According to Mutlaq, the Shiite government is promoting "religious racism" and hunting down Sunnis "the way the Nazis once hunted the Jews in Germany." Is he serious? Completely. The true culprit, he adds, is neighboring "Iran with its sectarianism." The mullahs in Tehran, says Mutlaq, are literally "part of our government; they have driven a wedge into our nation."

Is there a solution? Mutlaq believes that his country only stands a chance "if we shake off Iran's dominance."

The only part of Iraq that feels like a paradise by comparison is the one lawmaker Aref Tayfour calls home. Tayfour, a jovial man, doesn't hail from that part of the country that is so sharply divided between Sunnis and Shiites, or the Iraq of car bombs and corruption. He is from prospering Kurdistan. Tayfour represents the Kurds as deputy speaker of the National Assembly.

The Kurds have been able to keep their region largely free of terror and religious conflict -- so far. Tayfour wants to expand this autonomy. He doesn't say it out loud, but he leaves little doubt as to his true meaning: The Kurds will fight for their autonomy, if necessary.

Another war could erupt in the struggle over Kirkuk and oil. The Kurds and Baghdad are both asserting claims to the massive oil reserves in the region. Tayfour, who lived in Austria during the Saddam era, ends the conversation in German. "Too many problems," he says. "God help us."

Iraqi parliament can agree on nothing of importance and its lawmakers hate each other -- in part because they justify their claims for the future with past injustices. It is located in the city's so-called "Green Zone." This heavily guarded district the size of Berlin's Mitte neighborhood is also home to international organizations and the US Embassy.

Prime Minister Maliki also lives there, in the middle of a lovely park. His official residence is a small palace Saddam once had built for Jordan's King Hussein. Today Maliki's advisers dart through the hallways -- young, alert men in tailored suits who speak perfect English.

But Maliki's true confidant is an old ally, media adviser Ali al-Mussawi. The former journalist acts as the prime minister's gate keeper. "Don't attack his Excellency right away with provoking questions," he says in a preliminary conversation. Then he compares Maliki with Germany's first postwar chancellor, Konrad Adenauer. "He too struggled with many an unjustified accusation, and then he rebuilt Germany."

And now the prime minister, on schedule, is standing in front of an oversized desk and reading the most recent emails on his smartphone. Maliki, 64, wearing a dark, slightly baggy pinstriped suit, seems a little awkward and lost in the large room. It's easy to underestimate this man.

"I'm glad that you're interested in Iraq," he says quietly. "Let's start."

11 Bilder Photo Gallery: The Return of Violence in Iraq 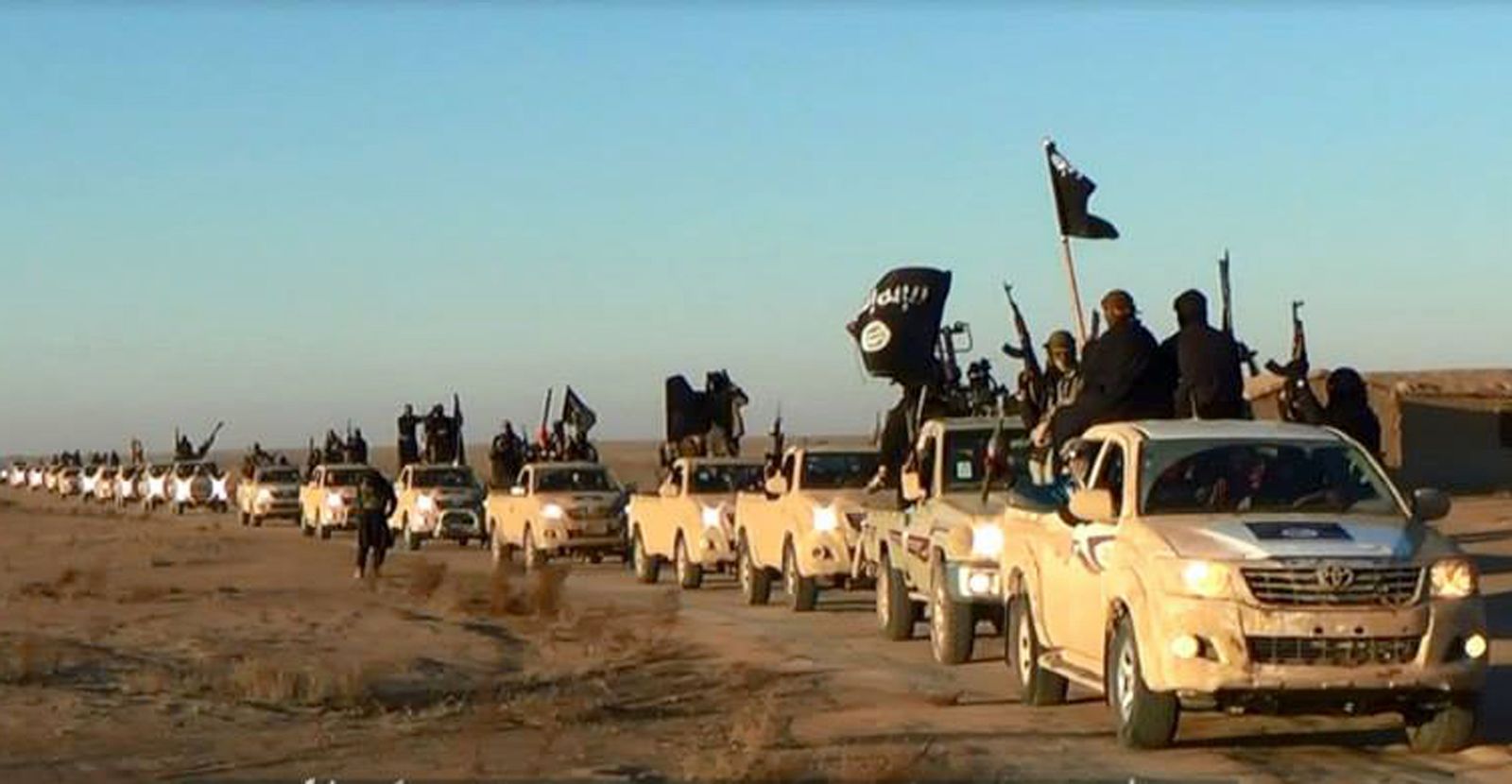 The Islamic State of Iraq and Syria is become very active in Iraq. The Sunni group is feeding on widespread frustration in Sunni areas of Iraq with the government of Prime Minister Nouri al-Maliki, a Shiite.