Democracy in the United States has long been regarded as the great, shining example for many countries around the world. No longer. That U.S. President Donald Trump would prematurely declare himself the winner of the presidential election and accuse his political opponents of fraud, even though hundreds of thousands of ballots still haven’t been counted, is grotesque, absurd -- and anti-democratic.

The right to vote is the most important right of every citizen in a democracy. And every citizen has the right to have his or her ballot counted. By acting as though the mail-in votes in states like Pennsylvania or Michigan have been manipulated in some way on election night, Trump has violated these basic principles.

He has no evidence whatsoever for his claims. Counting the votes takes time, especially during a pandemic. It feels like the move of a tin-pot dictator trying to preempt a possible defeat. What, one wonders, is going on here? Why can't he just wait to win – or lose – honestly?

Going To The Dogs

It is sad, but it also fits in with the bigger picture: Trump doesn’t care one iota about adhering to the norms that constitute a functioning democracy. Since becoming president, he has piece-by-piece destroyed faith in his country’s democratic institutions. He bad-mouths them, he believes he is surrounded by treachery and he whips his followers into a frenzy. He dismisses anyone who dares not to support him as either a fraud or an enemy of the state. First, he declared the media to be "fake.” Then it was members of the judiciary who were "corrupt.” Now, he’s undermining the entire electoral process. Whatever is good for him. That’s how he operates: The focus is always on his own success, even if everything is going to the dogs.

Can anyone rein this president in? The good news is that ballots are still being counted, because that’s the responsibility of the states in the U.S. For the moment, there’s nothing the president can do to stop them. You can’t simply abolish democracy overnight in the U.S., and certainly not with a single speech.Trump has already announced his intention to seek an injunction at the Supreme Court to stop the counting of ballots. It’s unclear how that’s supposed to happen. But Trump appears to firmly believe that "his” new majority on the Supreme Court of six to three votes will back him.

It would be a blessing for American democracy if he were proven wrong. 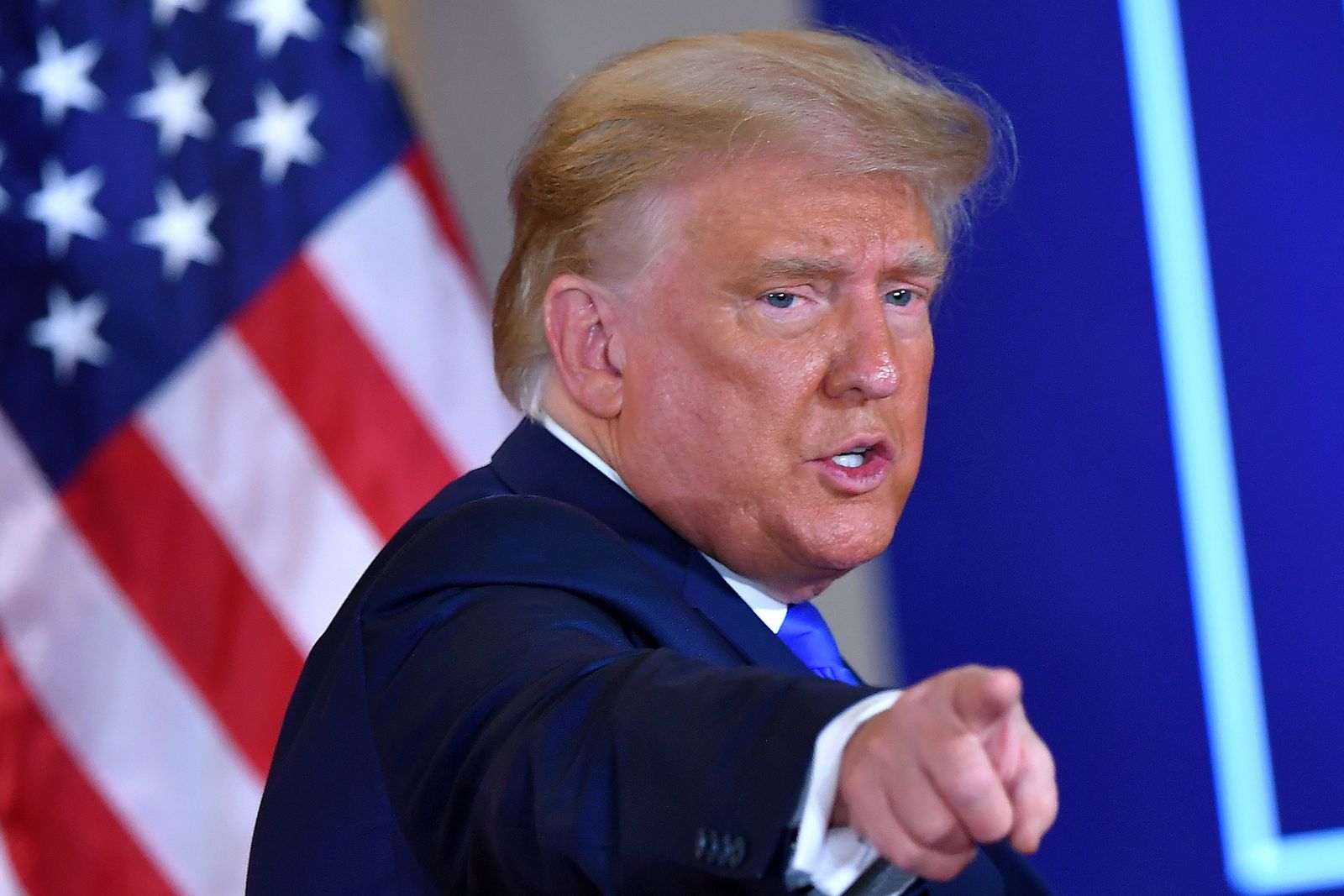