For years it remained economically unviable to extract oil and natural gas in the Arctic, but the situation is now changing: Interim price drops notwithstanding, prices on commodity exchanges will rise again in the near future.

"We must not let us ourselves be swayed by low oil prices," says Fatih Birol, chief economist of the International Energy Agency in Paris. "Raw materials extraction problems are not out of this world -- to the contrary. Our figures leaves no doubt about that."

Economists are convinced that global demand for oil will continue to grow, and that growth will have three epicenters -- China, India and the Middle East. In November 2008, in the midst of the global economic crisis, experts from the German Federal Institute for Geosciences and Natural Resources (BGR) warned of an imminent oil shortage. 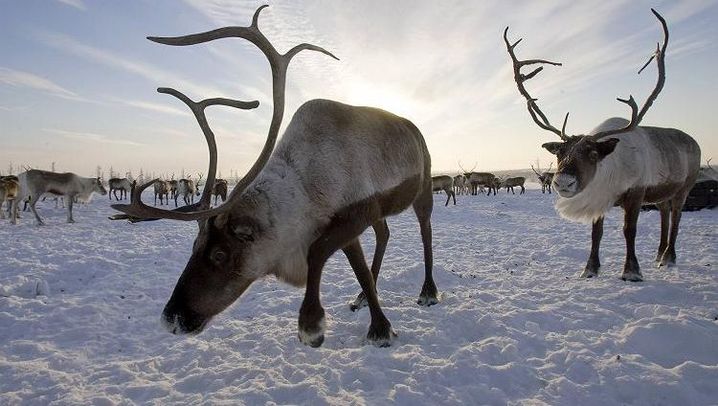 Photo Gallery: The Players in the Arctic Monopoly

"Oil will be the first energy commodity where a real shortage will be felt due to the finiteness of the resource," BGR President Hans-Joachim Kümpel warned at the time. That's why it is important to explore for additional oil reserves, even in the Arctic, he said.

For anyone dealing with these issues, a visit to two men who live thousands of miles away from the Arctic, but have a very good understanding of its resources, is well worth the trip. The first visit takes us to Robert Scott in the United Kingdom. The location of his workplace seems unremarkable at first. When Scott -- casually dressed in a thick blue wool sweater -- exits his office and gets on his bike, he could very well run into a cow. He's one of about 20 researchers with the Cambridge Arctic Shelf Program (CASP), who are being housed in nondescript barracks near a farm on the outskirts of the traditional British university town.

CASP experts know the promising areas in the search for oil and gas in the Arctic. For decades, they have been working as an institute affiliated with Cambridge University, but the majority of their work is done for the oil industry. That's why it's impossible to look in any of the countless binders stacked in Scott's office. At the request of his clients, many details are to remain secret. Still, some research results are published -- usually with a two-year delay.

"The industry's interest in the Arctic has risen sharply," says Scott. "And now politics has entered the picture."

So where exactly is the search for hydrocarbons paying off? "We know that there are many places in the Arctic that potentially have oil and gas," says Scott. "The Barents Sea, the northern coast of Alaska, the Mackenzie Delta in Canada and the Yamal peninsula in Russia are promising places."

'Take What You Can Get'

Scott and his colleagues are also very interested in Greenland, although the ice conditions in the area remain adverse. And then there is the broad Russian continental shelf, which is still mostly unexplored -- largely because onshore activies have proven difficult enough up until now.

"The Russians have so far not been concerned with offshore exploration -- they've had plenty to do onshore," Scott says.

Scott believes it possible that there is oil and gas in the Lomonosov Ridge, but he personally finds the Russian continental shelf much more interesting. So why, then, is there a race for the North Pole, with the Russians in pole position? Why do they make their territorial claims so far into the Arctic basin, when they have great wealth off their coast in areas that already belong to them? Scott shrugs, "You take what you can get, just to be on the safe side."

Scott, who has done research on several expeditions in areas such as the island of Novaya Zemlya, the Timan-Pechora Basin and the Taimyr Peninsula, says that the Russians are not necessarily well-positioned for development of Arctic oil because they have too little expertise. At the same time, he says, many Western companies are "a little bit afraid" of Russia and Russian monopolies such as Gazprom, which can at times intimidate their foreign partners. Scott feels the fear that Russia is deliberately stoking is "silly."

"In the long term, the Russians need Western help," he says. "In the West, a company would never take on such major projects alone."

The other man who knows interesting things about oil deposits in the Arctic is Donald Gautier, who works for the United States Geological Survey (USGS) in Menlo Park in the heart of Silicon Valley. A cowhide covers the floor of his research office and a blue racing bike is parked in the corner. Gautier is trying to find oil just as his British colleague Robert Scott is seeking to do, but he also wants to ascertain just how much of it is really out there. In the summer of 2008, a team under his management published the report "Circum-Arctic Resource Appraisal (CARA)," the first public estimation of the number of as yet undiscovered oil and gas deposits in the Arctic.

Gautier kindly points to a corner of his office where dozens of maps are stacked on a special table. At first, it isn't easy to read them. They all have the North Pole as their center point in order to provide the best possible view of the entire Arctic region. USGS experts have surveyed 25 oil-bearing provinces north of the Arctic Circle that have been partly divided into several surveying areas -- in total there are 48 assessment units.

"We know a lot about the geological constellations in which oil and gas deposits are found around the world," says Gautier, smiling mischievously from behind his black horn-rimmed glasses. "The deposits are not randomly distributed, so you need more than just luck to find them."

The USGS researchers' basic principle is to survey the geological structures of the Arctic and compare them with all the places in the world where oil and gas have already been found. The USGS geologists' work is based mainly on existing data, so they depend on cooperation with colleagues in other Arctic countries. Sometimes Gautier and his colleagues have had to fly halfway around the world to some countries' capitals to examine and analyze data on-site because the raw data is not allowed to leave the country.

Why Northern Alaska Will Never Be Saudi Arabia

Software from Germany has also been helpful in the search. PetroMod from Aachen-based Integrated Exploration Systems (IES) is a standard tool in the oil industry.

"We enter the thickness, characteristics and age of the rocks into the program," says Gautier. The computer then reconstructs the geological history of the corresponding site. The geologists are especially interested in the so-called "oil window" -- an area of the earth's crust that has temperature and pressure conditions that make the formation of oil possible.

It must be warm enough for oil formation, but not too warm. The USGS researchers' computer graphics correlate a time axis with an axis that indicates the depth of a particular sediment layer, which shows geologists whether a particular region has basic reservoir potential.

Comparing similar areas helps determine possible amounts of oil in other parts of the world. So where are structures similar to those found in the Arctic region? "In the case of northeast Greenland, you can say, for example, that the area is very similar to western Norway and the northern part of the North Sea," says Gautier. Since there is already significantly more data on these analogous areas than for the Arctic, researchers can use this information for modeling:

Still, the fact that many Arctic exploitation opportunities are now technically feasible does not necessarily mean they make economic sense, Gautier notes. USGS will conduct additional surveys to find out which areas of the Arctic can be developed under which economic conditions. Only then can it be estimated how long Arctic oil can delay the end of the oil age.

"I was surprised. I had actually thought that the figures were higher," admits Gautier. "The Arctic will never replace the Middle East. Northern Alaska will never be the Saudi Arabia of the Western world."

Despite the huge gas reserves in shelf areas in Russia identified by USGS, Gautier also has some bad news for the Russians.

"There will be no petroleum El Dorado under the North Pole, whatever the Russians do with their little flag out there," he says.