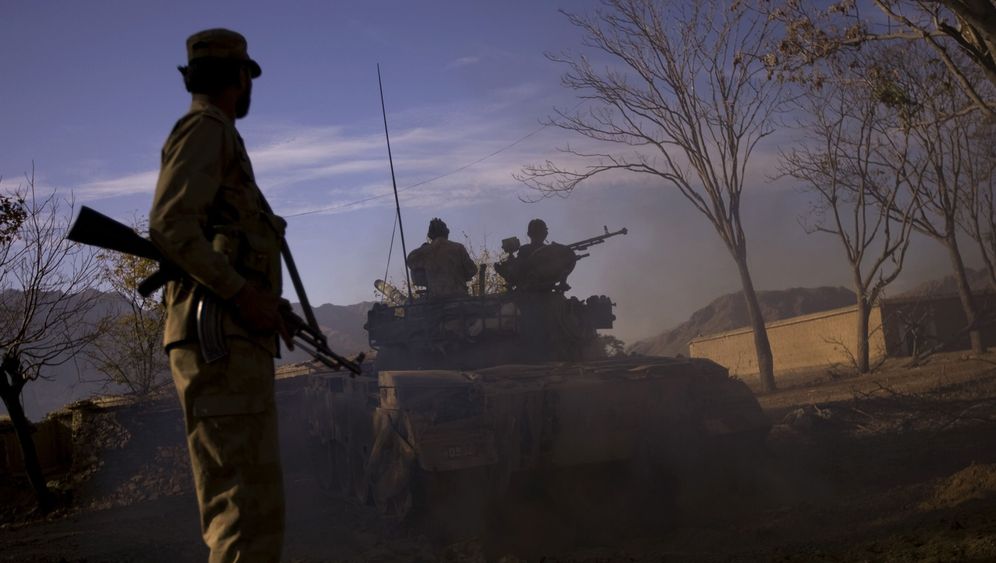 Photo Gallery: The Arrest of a Top al-Qaida Terrorist

The man was nothing less than a phantom. Security officials thought they knew what he looked like: thin with brown curly hair. And they knew more or less what he was planning: attacks in the West on targets that would cripple the economy. They even knew how he liked to spend his free time on the border between Afghanistan and Pakistan: on his computer where he was fond of performing economic simulations.

But aside from his nom de guerre, they knew nothing about who he really was. They didn't know when or where he was born, when he joined al-Qaida or even his real name.

Nevertheless, Younis al-Mauretani, the senior al-Qaida leader whose arrest in Pakistan was announced on Monday, has spent much of the last two years in the crosshairs of several secret services around the world. He boasted of having direct contact to Osama bin Laden, and his alias always seemed to be mentioned whenever new plans for al-Qaida attacks in the West surfaced.

Most of what German security officials know about Mauretani comes from German terror suspects who were arrested in Pakistan and Afghanistan. Rami M., a radical from Hamburg who was arrested in 2010, and Ahmad S., another Islamist from Hamburg who was picked up by the US in Kabul last summer, had both met Mauretani. He told them that bin Laden had allowed him to set up his own cell to organize attacks in the West. But he also said that the operations may not involve "martyrdom" for the perpetrators. It still isn't clear exactly what Mauretani meant.

A Kind of Sleeper Cell

Officials, though, had little doubt that he was serious. Mauretani seemed keen to recruit jihadists from the West and would even poach them from other jihadist groups in the border region of Pakistan and Afghanistan. He instructed his two apprentices from Germany in the use of encryption programs, likely so that they could keep in touch with each other once they had returned home as a kind of sleeper cell.

On Monday, the Pakistani secret service ISI confirmed that they had apprehended Mauretani not far from Quetta, though there are indications that he may have been arrested more than a week ago. Such a delay is not uncommon for the ISI; they often prefer to interrogate prisoners before they admit to having them.

The White House welcomed the arrest as have US diplomats in Pakistan who called it a significant blow against al-Qaida. The operation, which also netted two other al-Qaida operatives, was the result of close cooperation between ISI and the CIA, Pakistani officials said.

It wasn't long after the arrest that details about Younis al-Mauretani began to emerge. The Arab language website of Agence Nouakchott d'Information, the official government news agency in Mauritania, cited well-informed sources as saying that Mauretani's true identity was Abd al-Rahman Ould Mohammed Hussein, who is thought to have been involved in a 2005 attack in the country.

The agency reported that he is also known as al-Hajj Ould Abd al-Qadir or by the nom de guerre Abu Jusuf al-Afghani. The agency published two images on its website, one from a wanted poster for Younis al-Mauretani and another for Ould Mohammed Hussein. Similarities between the two photos were extensive.

In addition, the agency reported that he was one of a number of Mauritanians who had travelled to Afghanistan when it was still under Taliban rule. He is also said to have been a member of the Algerian jihadist group GSPC. Several times, the website reported, Mauritanian officials had tried to locate him, but without success.

The GSPC ultimately spawned the group al-Qaida in the Islamic Maghreb (AQIM). But Mauretani disappeared from one of the group's training camps in northern Mali a few years ago. He is thought to have gone to al-Qaida headquarters on the border of Afghanistan and Pakistan where he became a confidant of bin Laden's.

It is difficult to know exactly how reliable the sources of Agence Nouakchott d'Information are, but the website of the television station al-Arabiya also reported Mauretani's true identity as Abd al-Rahman Ould Mohammed Hussein. The website reported that he was 35 years old and comes from the province of Abu Telmit, located 50 kilometers from the capital city Nouakchott.

Andrew Lebovich, an expert on North Africa and the AQIM, says that the information which has come out in the last two days could be significant if true because it could cast a new light on the origins of AQIM. "To my knowledge," Lebovich wrote in an e-mail, "the publicly-available history of AQIM has nothing about Mauretani, but instead focuses on Abu Musab al-Zarqawi's role as an intermediary and facilitator in the process that led to the GSPC becoming AQIM." Al-Zarqawi was the head of al-Qaida in Iraq at the time and has since been killed.

Lebovich continues: "If al-Mauretani was with the GSPC and then AQ core (eds. note: al-Qaida leadership) after 2005, then there's a real possibility ... that he helped push the organization towards more cooperation with al-Qaida in Iraq and AQ core." Lebovich says it is possible that "he helped negotiate the transition along with Zarqawi; and that he has played a role in facilitating communication between AQIM and AQ core."

Should that be the case, Lebovich writes, then it could also mean "that Mauretani maintained his former GSPC connections after going to AQ core, which could indicate a closer relationship between AQIM and AQ core than experts previously thought."

All of the details which have emerged in Mauritania since the arrest have yet to be confirmed. But they appear consistent with the little that is known about Mauretani -- his nom de guerre after all means "the Mauritanian." In addition, rumors briefly circulated last year that Mauretani had earlier been a member of AQIM, but they could not be confirmed at the time.

What Will He Say?

Some security officials were so unsure who might be behind the name Mauretani that they showed people who claimed to have met him pictures of the al-Qaida operative Abu Jahja al-Libi to be sure that Libi hadn't taken on another alias.

Just what the consequences of Mauretani's arrest and identification might be remains to be seen. Should the new reports be confirmed, officials are likely to investigate his former network of friends, acquaintances and possible associates in his former homeland in the hopes of tracking down additional al-Qaida members.

More important, however, might be what Mauretani tells his interrogators from ISI, if he talks at all. Indeed, there has so far been no independent confirmation that Mauretani has even been apprehended. Terror suspects have been misidentified before -- particularly those about whom little is known.

3 Bilder Photo Gallery: The Arrest of a Top al-Qaida Terrorist 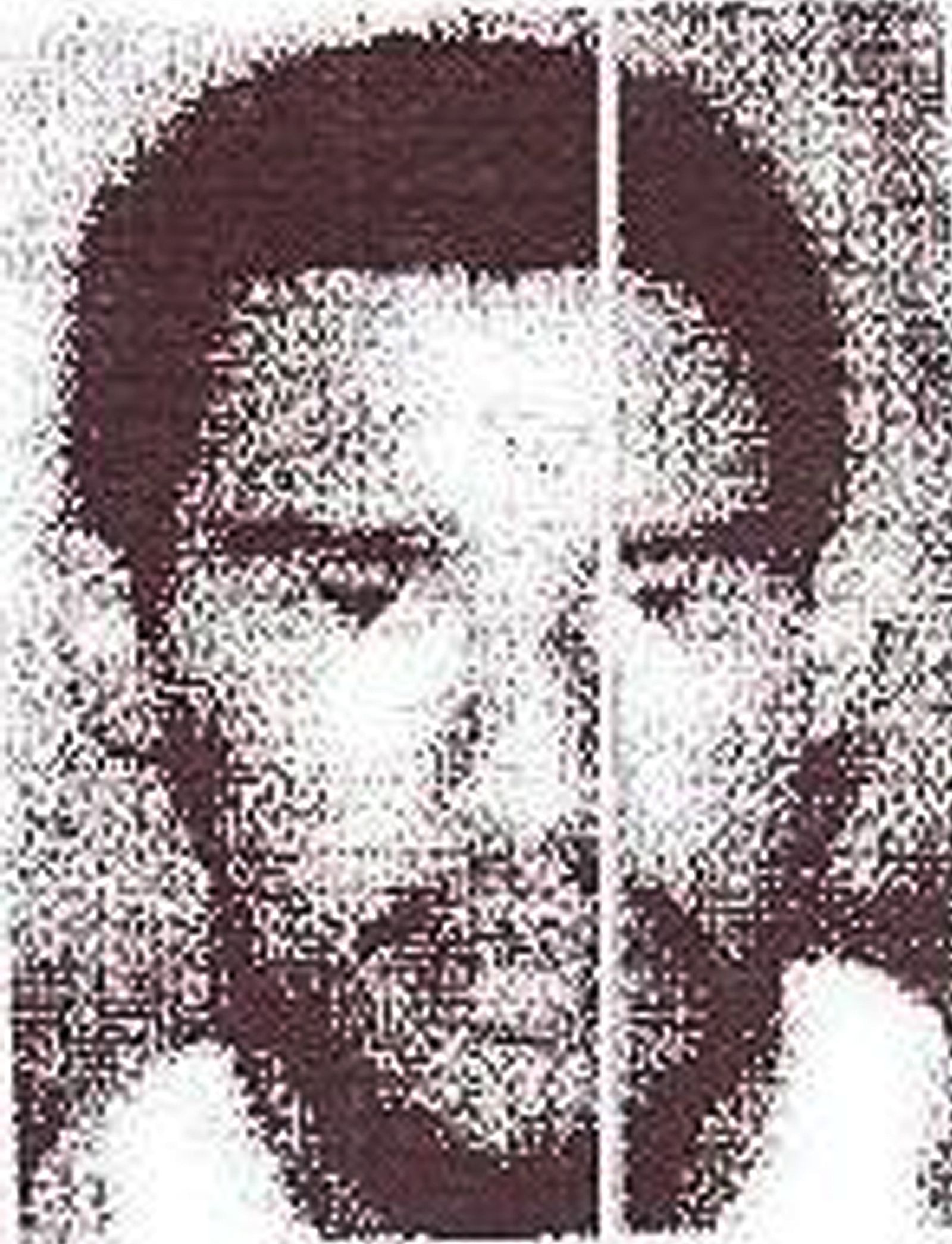 An image of Mauretani. He is thought to have had a close relationship with former al-Qaida leader Osama bin Laden, but little was known about him. Now, though, a news website in Mauritania claims to have dug up his true identity.