A Tokyo Electrical Power Company (TEPCO) worker has spoken out over the firm's power plant control failures and culture of silence. This text is based on a phone interview conducted in Japanese. Because he distrusts the Japanese media, the TEPCO employee had spoken to a blogger, who then passed the story on to SPIEGEL. The magazine knows which department the employee works in and has verified his identity.

If my colleagues knew I was speaking with the press, they would despise me for it. My boss would certainly dismiss me. Therefore, I must remain anonymous.

I have worked for TEPCO for a long time, and always considered it to be a good company. But now when I go to work, I see everywhere -- on trains, on the streets -- the headlines on the illuminated adverts for magazines: "TEPCO is bad, bad, bad." That rankles because I know how much criticism it really deserves. It is time to speak out. In my opinion, TEPCO bears responsibility for the accident in Fukushima, but the state is just as guilty.

The media says that TEPCO had become entrenched on nuclear power. But that's not true. Initially the state was the driving force behind the introduction and expansion of nuclear power. When the power plants were built, many of the safety regulations were not clear enough. And the state, set on the development of nuclear power, laid them out in favor of the nuclear industry.

I know that new geo-scientific knowledge on earthquakes and tsunamis were ignored. In 2009, a research institute warned of the consequences of a disaster of equal magnitude to what has happened now. But the officials of the nuclear supervisory authority, NISA, didn't take it seriously. 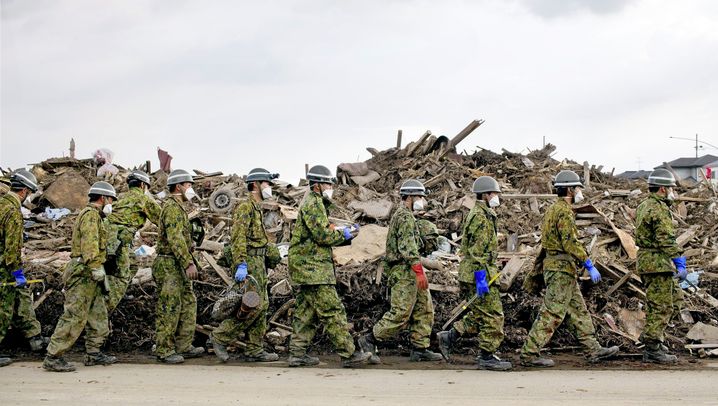 In any case, controls in Japan don't work. NISA falls under the control of the Ministry of Economy, Trade and Industry, which also seeks to promote nuclear power. Isn't it strange that the same authority both supervises and promotes nuclear plants?

This closed village has until now been allowed to hide data and test reports from nuclear power plants; to falsify and invent. For that reason, the president and the vice director resigned in 2002. The new head of TEPCO tried to open up the "atomic village" through transfers and restructuring, but everything is basically just the same.

The disaster in Fukushima must lead to TEPCO being cleaned up. Otherwise the company cannot survive.

Throughout the company, the mood is tense and the managers are very nervous. Their meetings used to take place once a month. Now they meet together every morning, even in the branch offices.

Every day my managing committee publishes a message on the company intranet which is meant to cheer us up.

Employees from across the company are now being sent to Fukushima, even if they do not belong to the nuclear division. They are assistants who are trying to reconnect power to the plant. Many are working in radioactive environments for the first time, with protective clothing and a breathing mask. Often there's something mentioned about them on the intranet.

Until recently, I didn't know anyone personally who had to go there, it was always acquaintances of friends. But this week, a friend of mine was sent there. He told me that he had not volunteered, that it was an order. He has no idea what he'll be doing there. 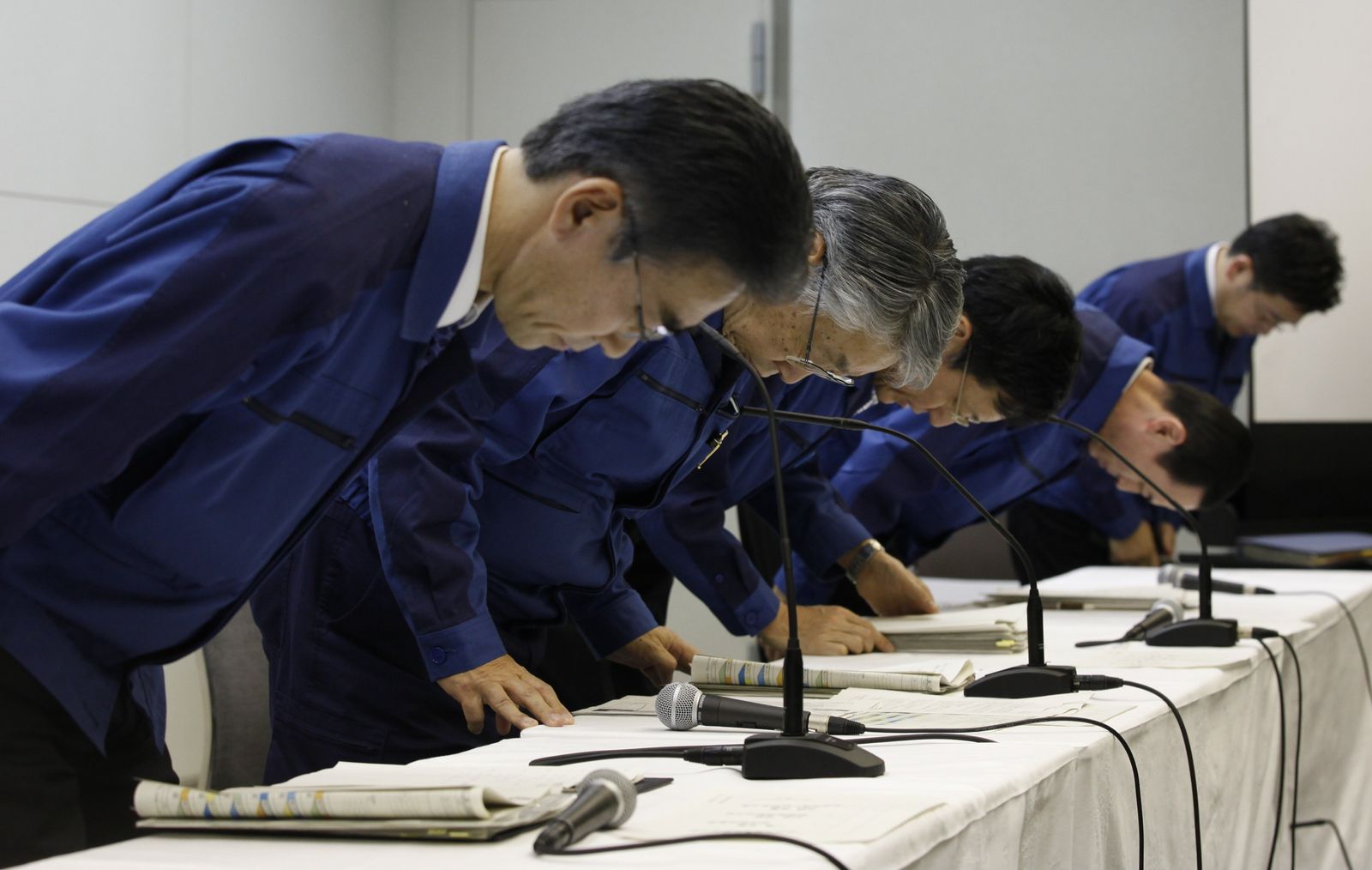 TEPCO bosses bow at the end of a news conference at the company headquarters in Tokyo.