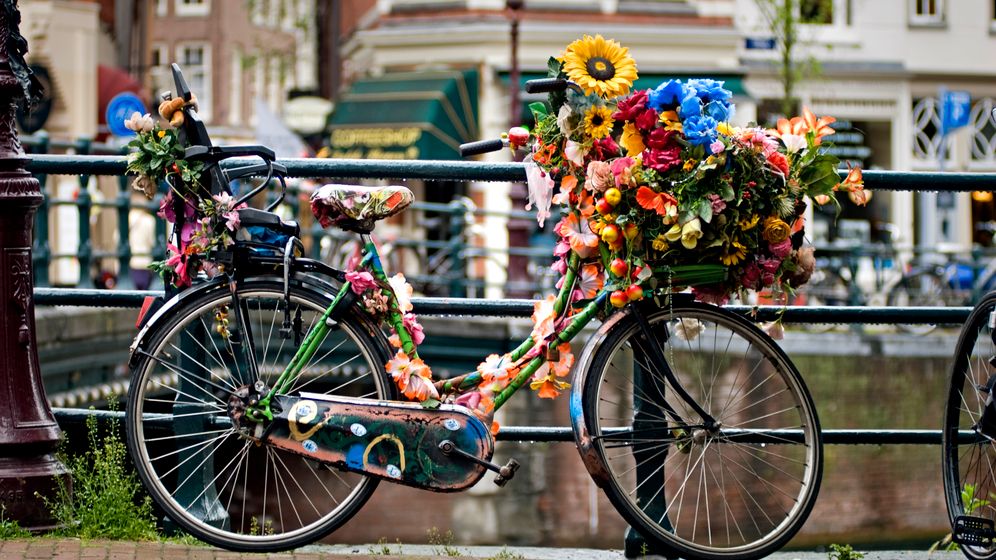 Foto: Alberto Mateo/Netherlands Board of Tourism

Mikail Colville-Andersen has a vision: One day, the bicycle will be the number one form of transport on the streets of all the world's major cities, whether for commuting to work, going to the movies or heading to class at the university -- just like in his hometown of Copenhagen. Wide bike lanes and traffic lights timed to allow cyclists easy passage makes cycling a stress-free way to get around.

In light of this desire to make more cities like the Danish capital, he set up a website called Copenhagenize.com, and it has long been one of the most important cycling blogs around. Initially, it was primarily made up of pretty pictures of people from Copenhagen on two wheels, which helped Colville-Andersen make his name in the cycling scene. In the meantime, through his company Copenhagenize.eu, he has now become a consultant for communities and countries worldwide, helping to promote cycling.

And so the idea was born to create a ranking of the world's most bike-friendly cities. Colville-Andersen gave a total of 80 cities up to four points in 13 categories, such as bicycle culture, social acceptance, infrastructure and perception of safety. There were also bonus points for factors which were not represented in the 13 categories.

"As Mainstream as You can Get"

The top two places were filled, unsurprisingly, by Amsterdam (54 points) and Copenhagen (52). The Dutch capital was praised for its cycling atmosphere which was "relaxed, enjoyable and as mainstream as you can get. This is the one place on the planet where fear-mongering about cycling is non-existent and it shows." Amsterdam wasn't perfect, however -- the report called for a "more uniform design of infrastructure" in the city: "We love cycling in Amsterdam but it would be more enjoyable if we didn't have to guess what the next stretch of cycle track will look like."

Copenhagen, meanwhile, scored highly for its "well-established bicycle culture, infrastructure/bicycle facilities and the bicycle's prominence in politics and planning." It also received bonus points for innovation, but there was criticism that "after several visionary years, Copenhagen seems to have stalled." What is needed, the report says, is a "tailwind", with "investment, political vision, concrete action."

The top two were followed on the list by Barcelona (45 points) in third and then Tokyo (41), which surprisingly finished with the same number of points but one spot ahead of Berlin. The German capital was praised for its "model share" of bike users as well as the healthy gender split and broad age range helping to "further brand cycling as a normal transport form." There is need, however, for a "more homogenously designed infrastructure network."

A Cycling Boom from Scratch

Munich (40 points) was sixth, while a third German city, Hamburg (36), made it into the top 20 in 13th. The fact that Barcelona finished ahead of Berlin, despite its cycle network being half the size of that in the German capital, is based on the speed with which the Catalonian city has achieved a small cycling boom almost from scratch: "There were no bicycles in Barcelona a mere five years ago.... Barcelona is the yardstick that many other new bicycle cities should measure themselves by."

Smaller cities famed for being bike-friendly such as Groningen or Münster were absent from the rankings, as only large metropolitan areas were considered.

And the rankings certainly are subjective. Colville-Andersen did not want to reveal details of how many points each city gained in each category. This means that it is not clear how the final list was decided. But the rankings, together with the individual comments on each city, do at least give a sense of what is happening in each locale.

And it's fair to say that the bicycle is gaining in importance -- even in cities where it would hardly have been expected.