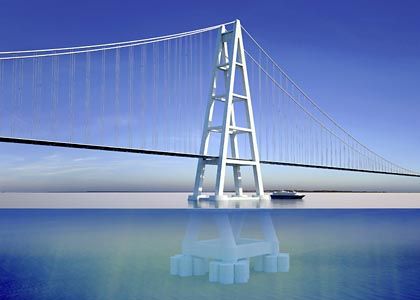 Sheikh Tarik bin Laden's bridge would be the biggest such span in the world.

The bin Laden family certainly doesn't lack for courage. Mohammed bin Laden, the father, left behind his past as the illiterate son of a farmer to become immensely wealthy in the construction business. One of his sons, the terrorist Osama, decided to take on the superpower America.

And now, Osama's half-brother Sheikh Tarik has decided that he too would like to go down in history. Tarik, though, has chosen a more peaceful route to prominence, though dramatic in its own right.

To that end, he invited business acquaintances, politicians and investors to the Republic of Djibouti earlier this month. It is a country that is struggling through a severe drought, a place where one in eight people suffer from hunger. Sheikh Tarik, though, welcomes these challenges. Indeed, his plan is of a magnitude that could end up bringing unprecedented prosperity to the arid country. He envisions a massive bridge connecting Djibouti to Yemen -- Africa to Asia -- complete with a shiny new city on each side.

The 61-year-old, though, left the presentation of his vision to others. During the mid-August show, he sat in a hotel conference room in the front row right next to Djibouti's prime minister, Mohamed Dileita. Tarik wore a white dishdasha and he remained mostly silent. Occasionally he would lean over to the prime minister and whisper in his ear.

Sheikh Tarik Bin Laden is the CEO of Middle East Development, LLC, one of the best known building contractors in region. He arrived to the meeting by private jet, befitting a man who does billions of dollars worth of transactions each year on the Arabian Peninsula. His father restored holy sites in Mecca, Medina and Jerusalem, -- and now Tarik wants to add whole new dimension to his family's work.

Tariks bridge would cross the Bab el Mandeb, the narrow straits where the Indian Ocean feeds into the Red Sea. Bearing a six-lane highway, a railway line and an oil pipeline, the structure would stretch fully 29 kilometers (18 miles) between continents -- an unprecedented piece of engineering. Huge pillars would have to be anchored to the sea floor some 300 meters (984 feet) below the surface. They would be spaced three kilometers apart.

At the hotel presentation, Shiekh Tarik's arguments in favor of the project were almost as grandiose as the bridge itself. His business manager spoke on topics such as "Issues of the Century," "New Markets" and "Hub for African Newcomers."

Grand visions indeed, but the plans for the bridge are already well underway. In both Yemen and Djibouti about a thousand square kilometers of land have been staked out. Two free-trade zones are slated to be built there -- and the plan foresees them growing into cities soon thereafter. Within five years, there could be deepwater ports, airports and power stations bringing plenty of jobs along with them.

Research facilities, universities and 100,000 apartments are to follow within 10 years. And finally, 15 years on, the bridge will connect two ultramodern cities -- ecologically sound, low in emissions and above all, innovative. 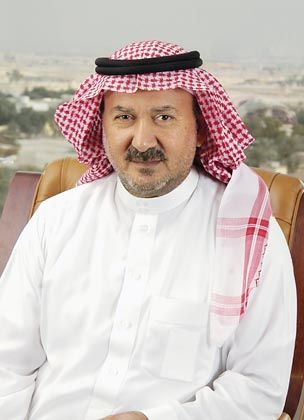 In the future, it wont be governments who run cities, but rather corporations, is the philosophy behind Sheikh Tarik's plan.

"All eyes will be on us," the business manager promises. "Those of the Chinese, the Americans and in the Middle East."

For the engineers, the challenge presented by the bridge is immense. The towers will jut 400 meters into the sky -- some 170 meters higher than those of the Golden Gate Bridge. Tarik has also gotten the Danish engineering firm involved which helped build the Öresund Bridge between Sweden and Denmark.

The price tag, of course, is just as big as the engineering challenge. The bridge alone will cost $25 billion. The two cities are estimated to cost at least $175 billion on top of that. Sheikh Tarik himself plans to invest $10 billion of its own money.

But one question hasn't yet been answered: Why? Is the project a masterly piece of far-sighted investment? Does Tarik want to make a generous gesture to Yemen, the country where he father was born before he emigrated to Saudi Arabia? Or is it an attempt at redeeming his family's reputation following the ill deeds of his half brother?

Sheikh Tarik isn't saying. Nor is he or his business manager saying much about the project's potential snags. And the list is long. Djibouti's neighbor to the south-east, Somalia, is a disaster. Yemen itself is unstable as well and pirates and kidnappers roam the Horn of Africa. And then there is the lack of infrastructure on both sides of the strait -- a bridge only makes sense if thousands of kilometers of roads and rail are also built.

Doubts, in short, are plentiful, but Tarik's spokesman insisted that the project would be underway by next year at the latest -- a start that will be quickly followed by a ferry service and a cement factory. But if all goes well, by 2025, the area will look radically different, and on the now sparsely populated Yemeni side, some 4.5 million people will live.

Sheikh Tarik remained silent throughout the entire presentation, smiling quietly. He is a shy man, his business manager explained.