SPIEGEL ONLINE: The US Army recently announced new charges against Bradley Manning, the alleged 23-year-old WikiLeaks whistleblower, relating to the leak of classified US documents. The 22 charges include "aiding the enemy," a capital offense. How does this change the case against him?

David House: Bradley Manning is now facing the possibility of execution for blowing the whistle on gross injustices.

SPIEGEL ONLINE: Didn't the prosecution declare that they would only seek a life prison sentence?

House: Until the additional charges were brought, Manning had been charged with a variety of military offenses, which could lead to a maximum sentence of 52 years in prison. The military authorities and the prosecution have said they would not seek the death penalty, but they are not the ones who ultimately decide on sentencing. The judge can completely ignore the prosecution's advice.

SPIEGEL ONLINE: Manning has already been held in custody since last May. He is currently being kept in solitary confinement at the Quantico Marine Base in Virginia. What conditions is he being exposed to there?

House: Bradley has not been formally indicted, put on trial or convicted. Yet he is still held in solitary confinement in his cell for 23 hours a day, unable to exercise, unable to access newspapers and unable to go outdoors. He has been held under these conditions for eight months now.

SPIEGEL ONLINE: What kind of effect has this confinement had on him?

House: From first-hand observation of Bradley, I can say that I do not know how solitary confinement could be classified as anything other than torture -- a horrible, inhumane thing. I have watched my friend degrade over time -- physically, mentally and emotionally.

SPIEGEL ONLINE: From the outside, it appears as though the US military is trying to break him.

House: I have been visiting Bradley since September and that is exactly the case. I have seen him undergo very hard emotional times due to his condition, duress that is not typical for prisoners under normal conditions. The only conclusion I can come to is that they are trying to break him and that they hope to get him to issue a confession so they can go after the WikiLeaks organization and Julian Assange.

SPIEGEL ONLINE: There appears to be a hint of vengeance in the aggressive approach taken by the US government in its case against Manning and its efforts to try to take WikiLeaks to task in response to the embarrassment caused by the publication of the Afghanistan, Iraq and US diplomatic cables.

House: One memo from Capitol Hill stated that the release of the cables had not damaged national security, but was highly embarrassing for a few politicians and diplomats. I think that is one of the primary motivating factors behind the revenge-like conditions they have imposed on Bradley.

SPIEGEL ONLINE: Are the allegations against Manning valid? And what kind of evidence is the prosecution relying on to build its case?

House: Most of the public evidence at this point appears to be in the form of an alleged chat log between Bradley and US hacker Adrian Lamo. In this alleged chat log, the full contents of which have never been published, Manning supposedly talks about releasing the ("Collateral Murder") helicopter gunship video in order to cause worldwide debate. Lamo, however, had been placed in an involuntary psychiatric hold just three weeks before coming forward with these charges. There is also a question of whether Bradley Manning is even the source of the document at all.

SPIEGEL ONLINE: What is expected next for Manning? When do you think he will be put on trial?

House: US citizens have the right to a speedy trial, but in this case the government has continuously been throwing stumbling blocks in the way of the trial proceedings. I believe this is being done in order to keep Manning in solitary confinement for longer and to weaken his mental and emotional state ahead of a trial.

SPIEGEL ONLINE: Would the trial be held in public or as a military court-martial behind closed doors?

House: A major portion of the trial, if not the whole trial, will be conducted in secret -- and this even though Manning is now facing the possibility of execution.

SPIEGEL ONLINE: If Manning had leaked the helicopter gunship video that documented what many would describe as a war crime, would you view the release of that information as a criminal act as many in the US have depicted it to be?

House: I believe that individuals who witness outrageous crimes against humanity taking place have an obligation, not just as a US citizen but as a human being, to bring these injustices to light.

SPIEGEL ONLINE: Has Manning cooperated with the prosecution?

House: As far as I know, Bradley has not cooperated at all with the prosecution, but Bradley Manning and I can't talk about the specifics of his legal case because we are under strict surveillance when I visit him.

SPIEGEL ONLINE: You have personally been involved in helping Manning to prepare a defense for months now. How did you first get involved with the Bradley Manning Support Network?

House: I shared mutual friends with Bradley before his arrest and I even met him once in Boston at a party. I saw a case where this man's rights had obviously been trampled upon, and where the officials leading the investigation here in Boston were harassing, intimidating and bribing Manning's former colleagues and friends.

SPIEGEL ONLINE: What, precisely, is the network doing?

House: Members of the Bradley Manning Support Network are a mixture of individuals from all over the US and around the world. We have raised more than $100,000 for Manning's defense fund, with much of that money going to his attorney, David Coombs.

SPIEGEL ONLINE: Has WikiLeaks provided support to the network or the defense fund?

SPIEGEL ONLINE: What is the Support Network demanding?

House: The US military has to take the option for execution off the table. I cannot fathom living in a country that executes whistleblowers and I hope that many Americans and people in other countries see it in the same way. Apart from that, Bradley Manning deserves access to a speedy trial.

SPIEGEL ONLINE: How realistic are the chances that those demands will be met?

House: The only way Bradley Manning is going to have a good outcome here is if there is growing international pressure on the US to take the option of executing a whistleblower off the table. We need the action of every citizen in the entire world who values the principles of government transparency. 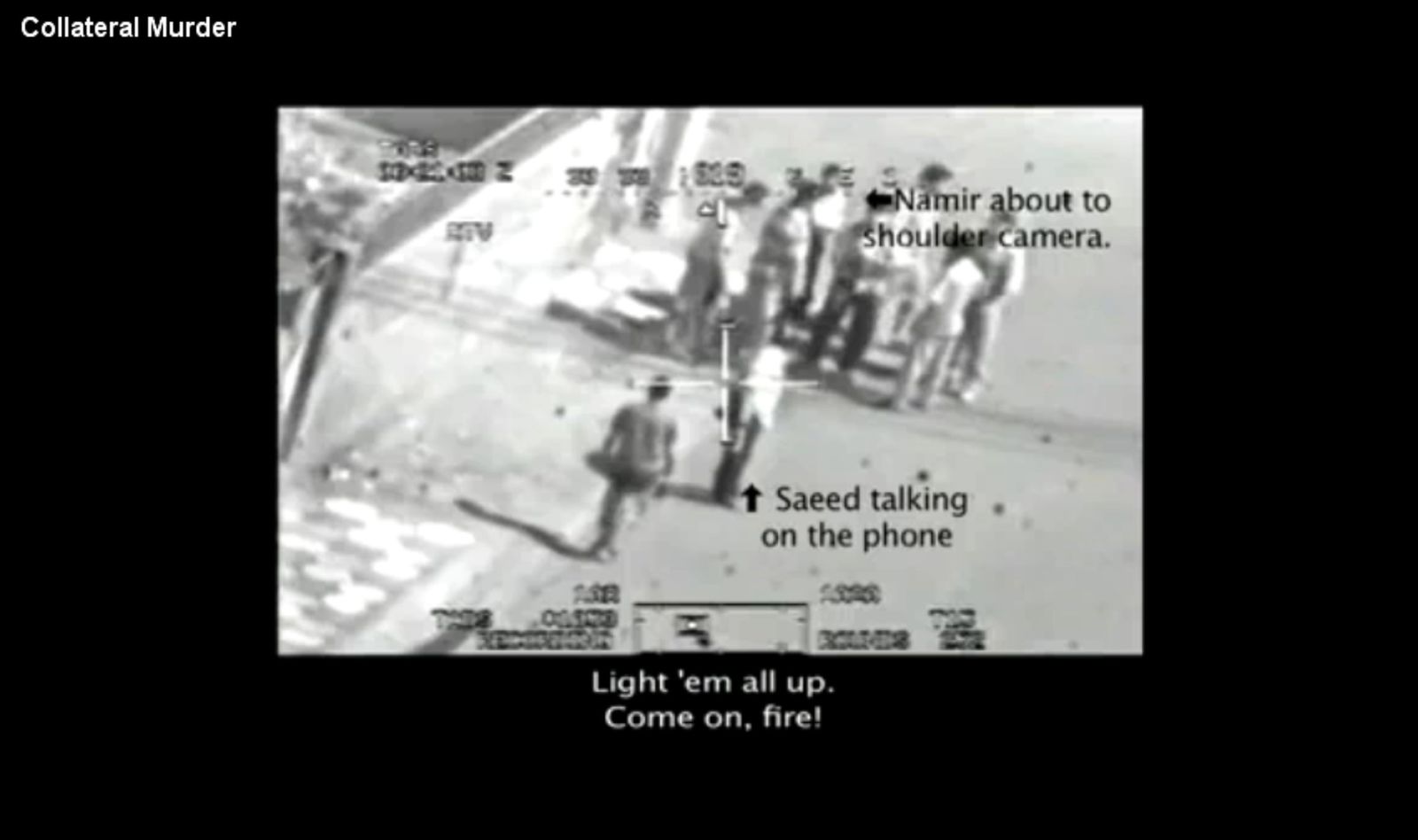 Bradley Manning is accused of leaking the "Collateral Murder" video and other documents to WikiLeaks.