It was actually clear to everybody. For months, experts in Africa have been warning that the low vaccination rate on the continent would sooner or later lead to new mutations of the coronavirus. "The whole time we have been saying that the rest of the world isn’t safe as long as broad swathes of the African population aren’t vaccinated," says epidemiologist Catherine Kyobutungi, who leads the Africa Population and Heath Research Center. "Now, we’re here. Hopefully Omicron will lead to the wealthier countries rethinking things."

The Omicron variant has restoked the debate on vaccine equity. Only around 7 percent of the 1.3 billion people in Africa have been completely vaccinated. Significant quantities of vaccine only began arriving in most African countries far too late, with the Global North having bought up the supplies available over an extended period. And the amount of vaccine now being delivered still isn’t sufficient to cover the majority of the population.

Recently, though, an additional problem has appeared: In the last seven weeks, more doses of vaccine have suddenly arrived in Africa than in the preceding seven months combined. Frequently, these deliveries arrive with very little advance notice, and sometimes just a few weeks before the vaccine’s expiration date. Wealthy northern countries are eager to get rid of surplus, and they also enjoy posing as generous donors.

"The process has been completely erratic," says Kyobutungi. And because it was difficult to know when supplies would be arriving, it was almost impossible to set up well-organized vaccine campaigns. "We missed the moment when we would have been able to mobilize masses of people. We have to make up for that now." Many people will be traveling to their home villages from the cities for Christmas, she says, where they will no longer have access to vaccine. And that will translate into additional delays in the battle against the virus.

The World Health Organization (WHO) shares this concern. Richard Mihago, who is in charge of immunization and vaccine development at WHO's regional office in Africa, told DER SPIEGEL: "The erratic deliveries have deterred people from getting vaccinated. They didn’t know if they would be able to get their second dose. There was no reliable information. Now that there is finally more vaccine available, we have to reestablish that confidence."

In part due to the lack of adequate planning horizons, many countries in Africa are now having trouble administering the vaccine supplies that they do have available. Furthermore, skepticism of the vaccine remains high in several countries and conspiracy theories are widespread. And in places where ambitious vaccination campaigns had been planned, the ballyhooed vaccine was suddenly no longer available because of a lack of deliveries. It is a vicious cycle that has become increasingly difficult to break.

This problem is particularly evident at the moment in South Africa. Following initial shortages, the country now has sufficient vaccine supplies for the next five months. But only a quarter of the population has been vaccinated and the campaign is losing momentum. The country recently had to request additional supplies from several producers to replace expiring doses.

Vaccination, though, is more crucial now than ever before. "We know enough about the variant to know what we need to do to reduce transmission and to protect ourselves against severe disease and death. The first, the most powerful, tool we have is vaccination,” South African President Cyril Ramaphosa said on Sunday.

"If there is a need for a large-scale vaccination campaign, it is now," says WHO expert Richard Mihigo. But in addition to vaccination skepticism, there are also myriad logistical problems, a lack of refrigeration capability and struggling health-care systems, all of which present significant challenges in many African countries.

WHO had set a goal of seeing 40 percent of the African population vaccinated against COVID-19 by the end of 2021. But only five countries have thus far achieved that target, and it remains illusory for the vast majority of the continent. "Some countries would have to accelerate their rate of vaccination tenfold. The challenges are vast," says Mihigo. Many of these countries aren’t necessarily suffering from supply shortages, they just don’t have the necessary infrastructure.

The governments of several African countries have said they are considering the introduction of vaccine mandates.

South Africa, for its part, is considering a more forceful approach, with the president saying he is looking into a kind of vaccine mandate. The concept calls for public facilities, public transportation and even places of work to be off limits to the unvaccinated. He said a taskforce is currently examining various concepts to see which ones are proportionate and make sense. Zambia has also introduced a vaccination requirement for public servants, and only those with proof of immunization may enter government buildings. The tone of the debate is getting rawer.

Kenya is also planning on taking off the kid gloves with people who have so far shown an unwillingness to get vaccinated. Last week, the country’s health minister said that in addition to public services and transportation, all bars and restaurants would also only be open to the vaccinated starting on Dec. 21. The plan, though, has come in for massive criticism and has already been legally challenged.

The human rights organization Amnesty International has criticized that the Kenyan government won’t be able to make sufficient quantities of vaccine available by the end of December to be able to impose such a regime. Thus far, only 9 percent of the population has been vaccinated. "These regulations will deprive millions of people of their ability to earn a livelihood," Irungu Houghton, the head of Amnesty International’s Kenya office, told the news agency Reuters. "That’s not how we will win the war against COVID-19."

Epidemiologist Kyobutungi also believes the plan is premature. "You can’t announce something like that without ensuring sufficient access to vaccines," she says. "And that means that every resident can quickly and easily get vaccinated." A lack of communication, she says, is also currently part of the problem in Kenya. The government is doing almost nothing to inform people where vaccine is available and what vaccines are being administered. Kenyans have been left to use social media to share information about individual vaccine centers.

"That’s not how we will win the war against COVID-19."

One of these vaccination centers is the MP Shah Hospital in the capital city of Nairobi. Shamsa Ahmed, the head of the vaccination station at the hospital, says they aren’t currently suffering from vaccine shortages and that anybody who wants a shot can get one. Furthermore, she says, the drastic plan announced by the government has had an effect. "We have seen an upsurge in people seeking the vaccine since the government announcement," she says. "People want to travel home for Christmas, so they need to be fully vaccinated in the next three weeks. And there is the effect of the fear surrounding the new variant." She says that a lot of people are asking about the Johnson & Johnson, single-dose vaccine.

She believes, though, that it would be much better to fight vaccine skepticism on the ground, but for such a campaign to be effective, there has to be a reliable supply of vaccine available. "If we don’t address vaccine inequity on a global scale, we will never be able to break this cycle," Ahmed believes.

It is a call that is heard with ever-increasing frequency, particularly from those who would like to see vaccine patents suspended so that more producers can churn out greater volumes – ideally in Africa itself. It would take months, if not years, though, before Africa could completely produce coronavirus vaccines. Until then, the continent remains dependent on deliveries from wealthy countries.

And the danger remains that new mutations will continue to emerge. 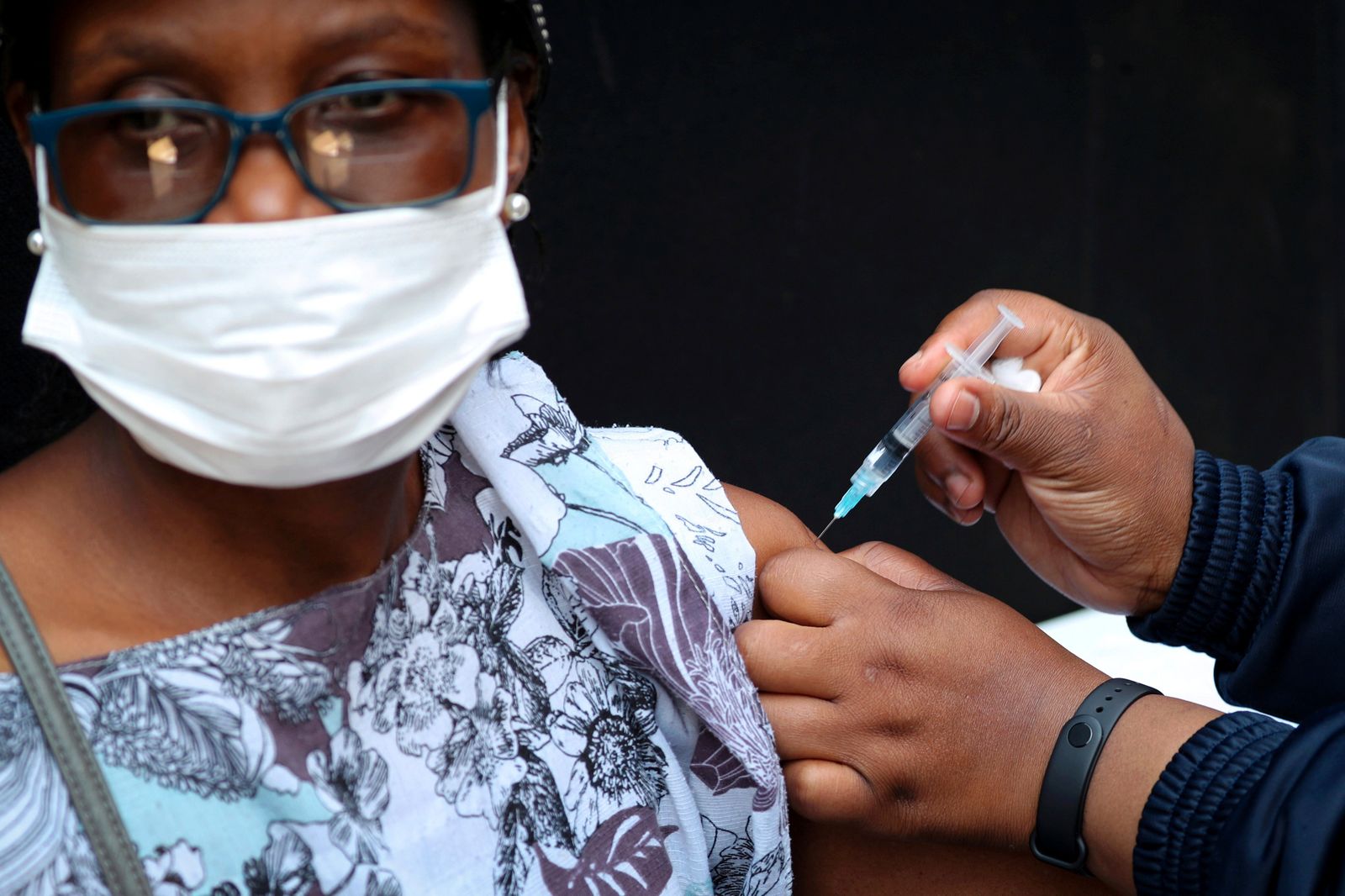 A woman in Johannesburg, South Africa getting her jab. Just 7 percent of the African population has been completely vaccinated. 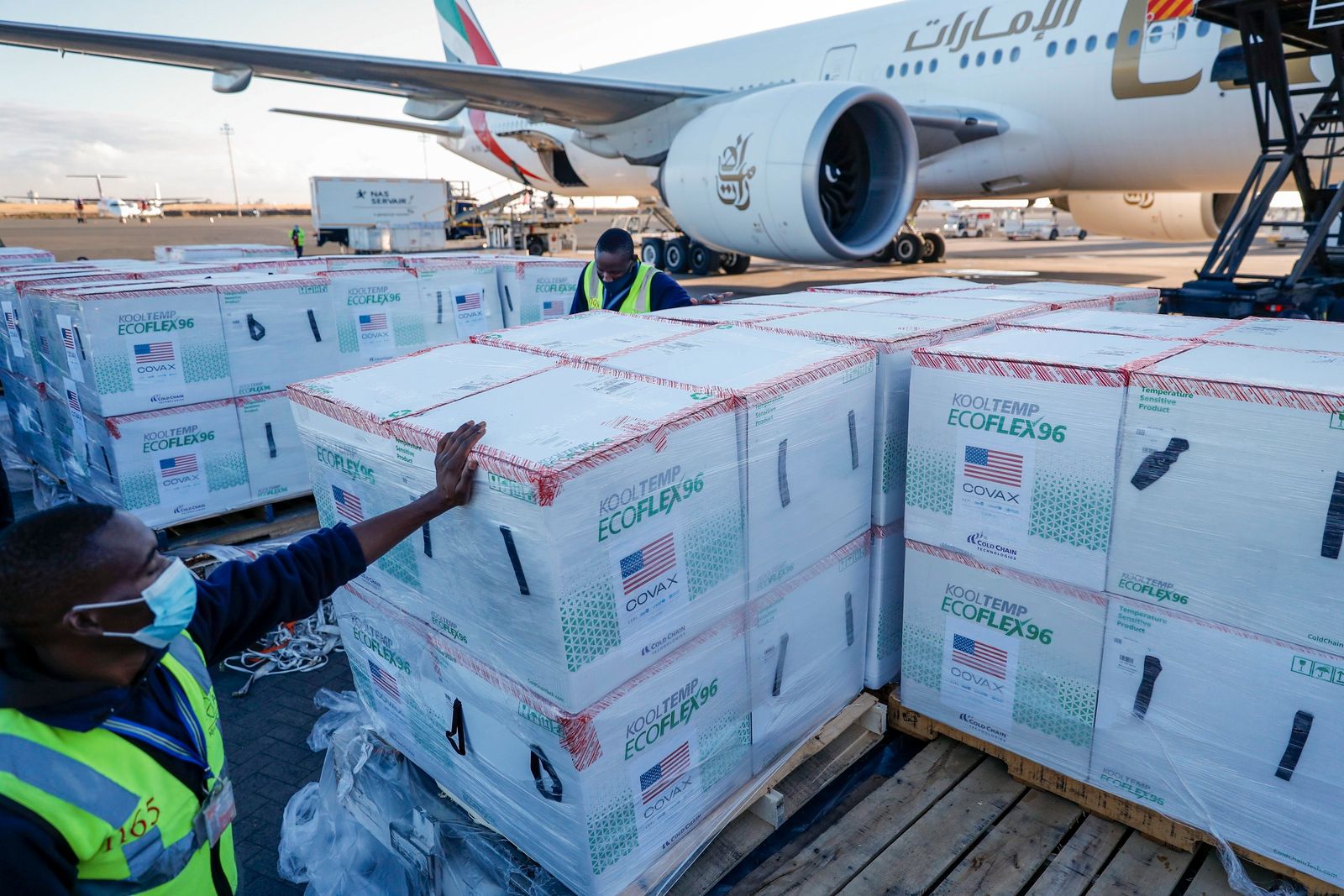 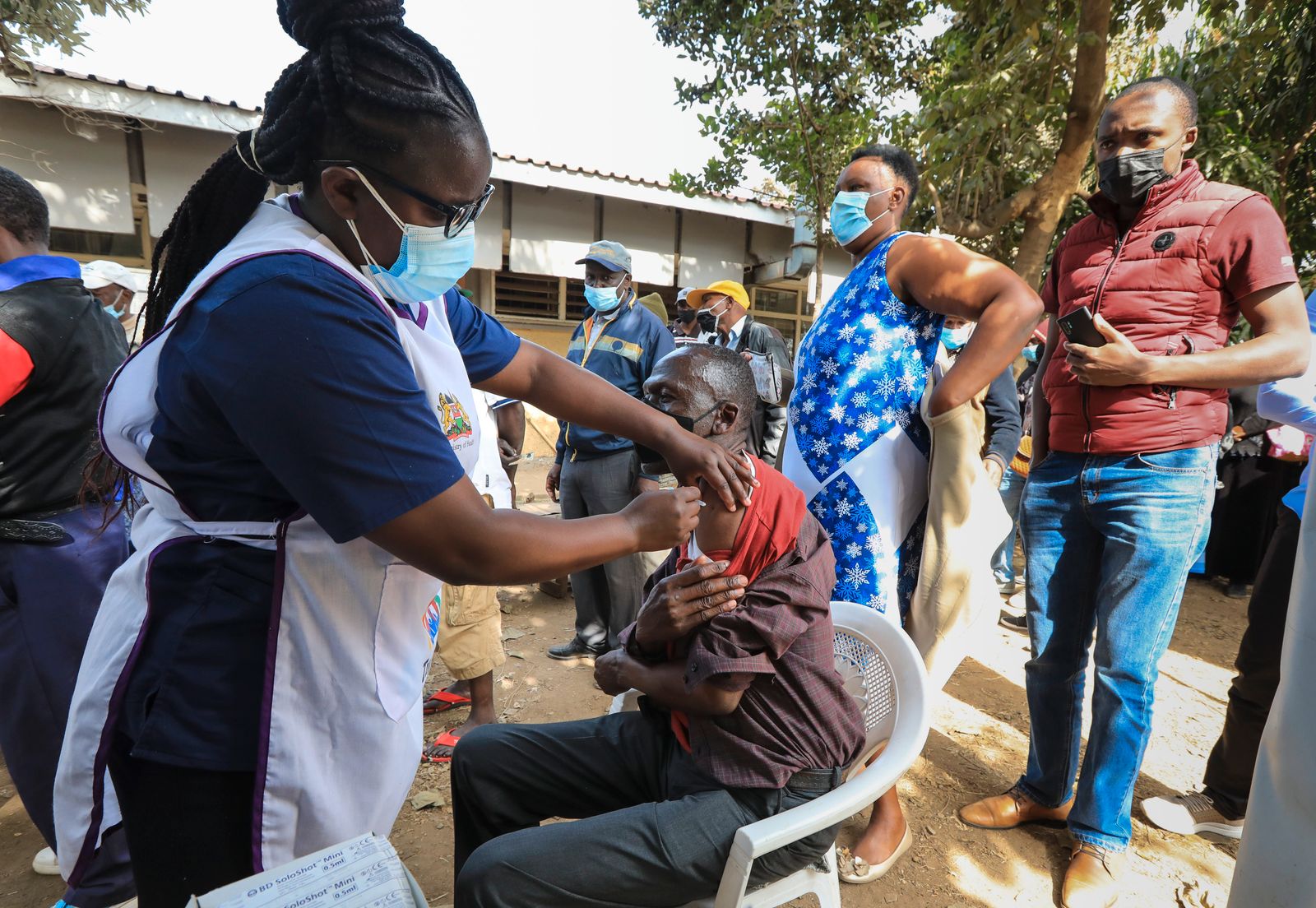 The governments of several African countries have said they are considering the introduction of vaccine mandates.