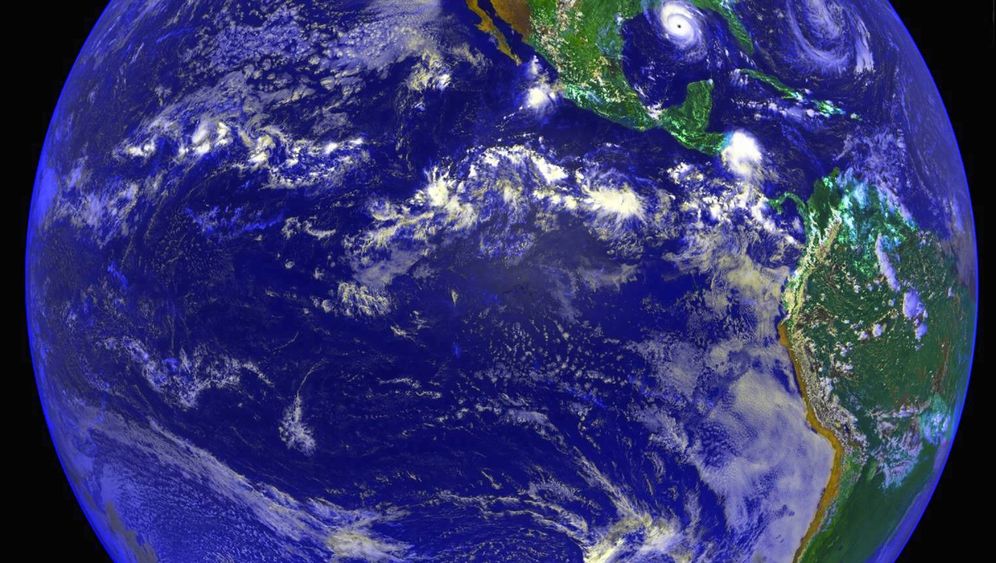 SPIEGEL ONLINE: Is mankind changing Earth in so many long-term ways that it justifies changing the name from the current Holocene epoch to Anthropocene?

Zalasiewicz: Mankind causes significant changes to Earth's biodiversity. Our CO2 emissions lead to such phenomena as global warming and ocean acidification. The list of human impacts on the Earth system is very long. Some of these changes are well under way. Others, such as the sea level rise that is likely to result from ongoing global warming, have only just started, and will develop over centuries and millennia to come. Based on our current understanding, a case to proclaim a new epoch called the Anthropocene can certainly be made. Our changes involve the refashioning of sedimentary pathways that build up new layers of soil. That includes the construction of those man-made strata that we call towns and cities.

SPIEGEL ONLINE: What needs to be done scientifically to determine whether we are already living in the Anthropocene?

Zalasiewicz: We should first demonstrate that the global environmental changes that have taken place are sufficient to leave distinctive and significant signals in the strata that are forming today and will carry on forming tomorrow. I'm talking about signals that clearly mark the Anthropocene as a separate interval of geological time. Thus, we need to show that the term is geologically justifiable. Secondly, we need to establish that such a formal term will, overall, be useful to scientists, and not a hindrance or nuisance.

SPIEGEL ONLINE: The case for the Anthropocene era was officially made by Nobel laureate Paul Crutzen in 2002 in the journal Nature. Did it change your way of thinking as a geologist?

Zalasiewicz: It has crystallized a growing awareness that the global environmental changes currently underway are significant on a geological timescale, and may be studied against a geological context of deep Earth history. For a geologist who is trained to consider very long stretches of time, that's a big step.

SPIEGEL ONLINE: Is there a lot of resistance to the Anthropocene idea in geological circles, as it might be seen as a prospective and speculative term?

Zalasiewicz: There is some, certainly, for those very reasons, and because of the accusation of hubris. But my impression is that there is also considerable interest in and support for this concept. Interest and support are two different things, of course. But, for example, when the term was discussed at the Stratigraphy Commission of the Geological Society of London, 21 out of 22 thought that the term had merit and should be explored further. The society is a cross-section of stratigraphers chosen for technical expertise, not environmental radicalism.

SPIEGEL ONLINE: Is criticism not justified that when humans declare themselves to be a geological force that it is little more than an act of hubris, as if we owned the planet?

Zalasiewicz: There is that danger, of course. In a sense we "own" the planet as we are the currently dominant top predator on Earth. But we are, of course, not as important to the planetary biosphere as, say, its microbial populations. Without those, all other life would very soon come to an end. We do not have anything like such a pivotal role. What is expressed in the Anthropocene idea is our impact as a single species.

SPIEGEL ONLINE: The idea of mankind as the owner of Earth -- is that not disconcerting?

Zalasiewicz: While we now may be said to "own" the planet, that is not the same as controlling it. Our global experiment with CO2 is something that virtually every government would like to see brought under control, and yet collectively we are, at present, unable to do so. That seems to call for feelings of something other than hubris.

SPIEGEL ONLINE: Do you see more to Anthropocene than just a geological term? Is it a new way of thinking about mankind's role on Earth?

Zalasiewicz: That is almost certainly part of the attraction of the term for the wider public. The term does encapsulate and integrate a wide range of phenomena that are often considered separately. It also provides a sense of the scale and significance of anthropogenic global change. It emphasizes the importance of the Earth's long geological history as a context within which to better understand what is happening today. 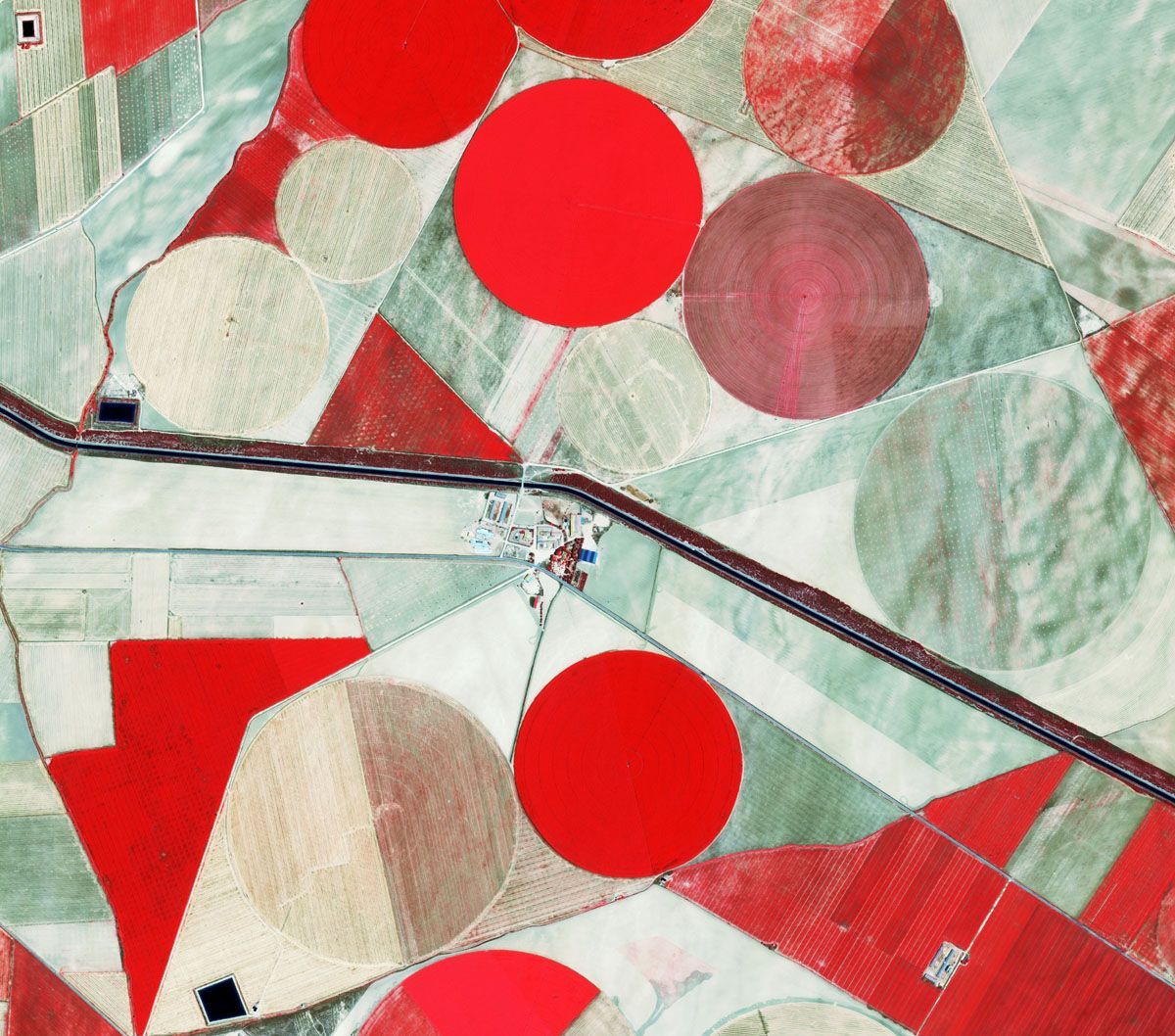 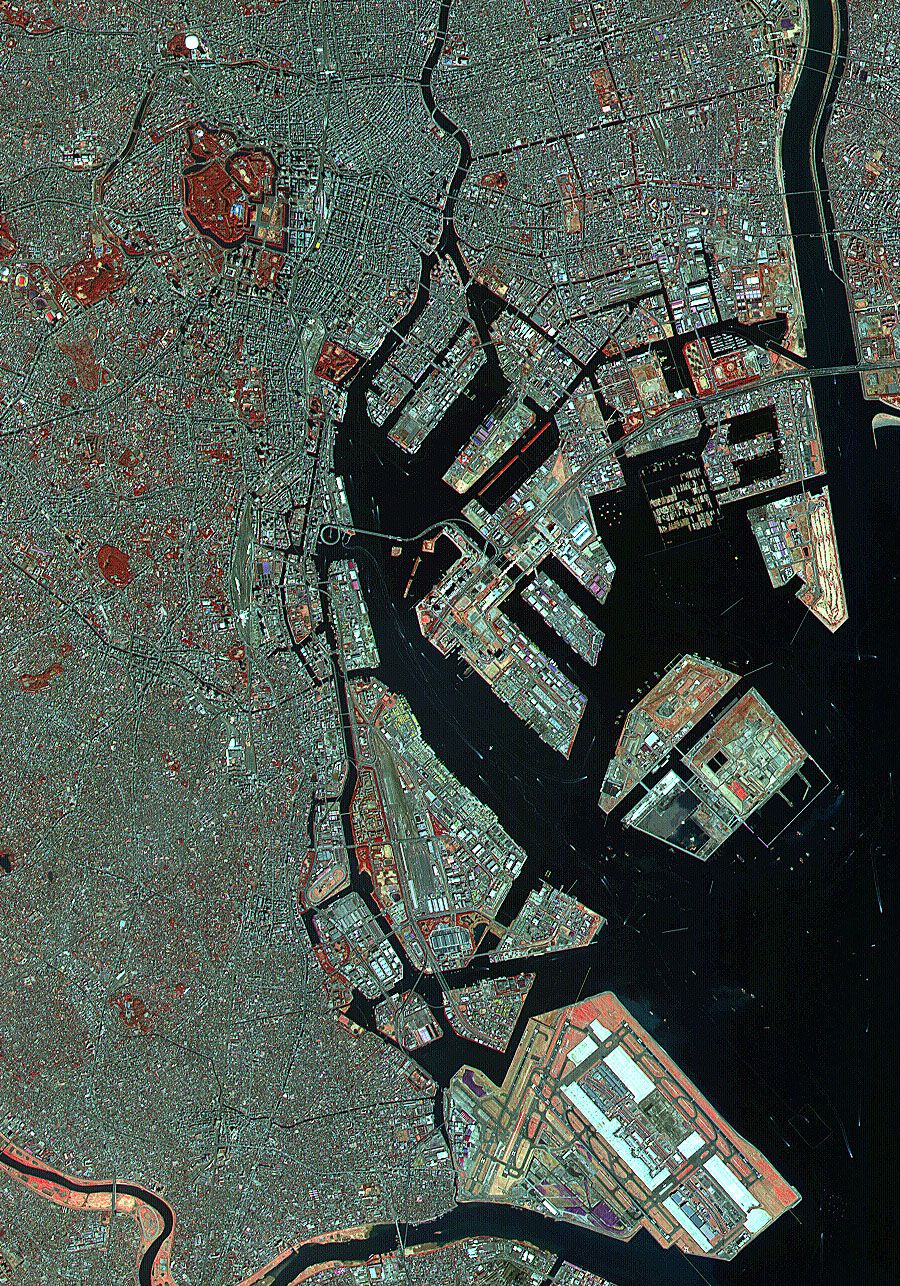 Urbanization: A growing amount of space is being sealed off. This satellite image shows Tokyo's massive growth.