The US government could have hardly picked a more symbolic venue for the trial of its worst enemies. With its colonnade of Corinthian pillars, the 27-story US Courthouse in Lower Manhattan is a daunting fortress of justice. On Sept. 11, 2001, judges and court clerks gathered on the upper floors of the building were able to observe the impact of the second jet that crashed into the World Trade Center, just a few blocks away.

The men accused of orchestrating the 9/11 attacks will soon be put on trial here, not far from the scene of the crime. Next year federal prosecutors in New York are expected to read indictments against Khalid Sheikh Mohammed, Ramzi Binalshibh and three other alleged conspirators. They will be transferred from the detention facility at the US naval base in Guantanamo Bay, Cuba, to a courtroom less than a mile from Ground Zero, where they will receive a fair trial instead of facing a military tribunal. US Attorney General Eric Holder's decision to try the suspects in a civilian court has made international headlines and prompted sighs of relief in many parts of the world.

No Capital Punishment in Germany

But it looks like the upcoming trial will cause headaches for Germany. Holder and US President Barack Obama have announced that they intend to seek the death penalty if the five defendants are found guilty. German law prohibits capital punishment, yet evidence provided by German investigators will play a key role in the trial.

This presents the German government with a dilemma. Berlin can either oppose the use of German evidence in a bid to protect the defendants from execution -- and risk alienating a NATO ally in the process -- or it can approve the use of the incriminating documents, which would contravene Germany's position on the death penalty.

According to the current mutual legal assistance agreement between the two countries, should the information furnished by German investigators be used to impose the death penalty, Germany can insist that this evidence be considered inadmissible in court. This would not be the first time that the Germans have demanded such assurances for criminal proceedings.

The trial in New York is threatening to put a strain on German-American relations. Washington already feels that Germany has let it down by refusing to take in former detainees after the Obama administration decided to close Guantanamo. What's more, when it comes to bringing the terrorists behind 9/11 to justice, there is currently very little understanding in the US for any legal concerns that Berlin might have.

It's not the first time the two countries have locked horns over this issue. Shortly after the attacks, a heated debate flared up, followed by months of tug-of-war over German bank transfer documents, which played a key role in the trial of would-be French suicide pilot Zacarias Moussaoui.

At first the German government demanded that the US court could not seek the death penalty for Moussaoui. But Berlin later relinquished and allowed the German documents to be entered as evidence in the trial in exchange for a binding assurance that this information could not be used to justify the death penalty -- a concept built on shaky legal ground.

The problems facing Germany in the upcoming New York trial are considerably more serious. Moussaoui had never lived in Germany and the dispute over evidence in his trial concerned only very few documents. But it is another story altogether with Ramzi Binalshibh, who was allegedly the main logistics man behind the attacks. He lived in Germany for six years and shared an apartment in Hamburg with two of the 9/11 suicide pilots, including Mohammed Atta, who crashed the first plane into the Twin Towers.

Working out of Germany, Binalshibh gathered information about flight training schools in the US and regularly transferred large sums of money to the future 9/11 hijackers. There were, therefore, a large number of references to the results of the German investigation in the old indictment against Binalshibh, which the Bush administration had hoped would be used in a trial heard before a military commission.

Aside from that, federal prosecutors in New York will find it difficult to use confessions coerced using highly controversial interrogation methods such as waterboarding. "It is hard to imagine how the government could present a case against Ramzi Binalshibh where a significant portion of the government case would not be based on evidence gathered in Germany," says Thomas Durkin, who is a member of the ACLU John Adams Project and a member of Binalshibh's defense team.

This explains why Holder's announcement of the trial has alarmed the German Justice Ministry in Berlin and its subordinate agency in Bonn, the Federal Office of Justice, which is responsible for mutual legal assistance.

Germany's new Justice Minister Sabine Leutheusser-Schnarrenberger intends to maintain the course set by her predecessor: "In this case, we will also watch very closely to ensure that the assurances given are adhered to," she said. In order to verify that the US government keeps its word, the German Justice Ministry will team up with the Foreign Ministry to send German observers to monitor the trial in New York.

But the defense flatly rejects the idea of proceeding according to the example set during the Moussaoui trial. At the time, it was decided that German evidence could only be admitted during the main proceedings, but not during the sentencing phase. This is "a distinction without a difference," says Binalshibh's lawyer Durkin, who is a Chicago-based former federal prosecutor.

Ultimately, Moussaoui did not need to rely on help from German legal experts who questioned the admissibility of the evidence. He managed to escape the death penalty without their aid. One of the twelve jurors voted against death by lethal injection and Moussaoui was sentenced to life in prison. 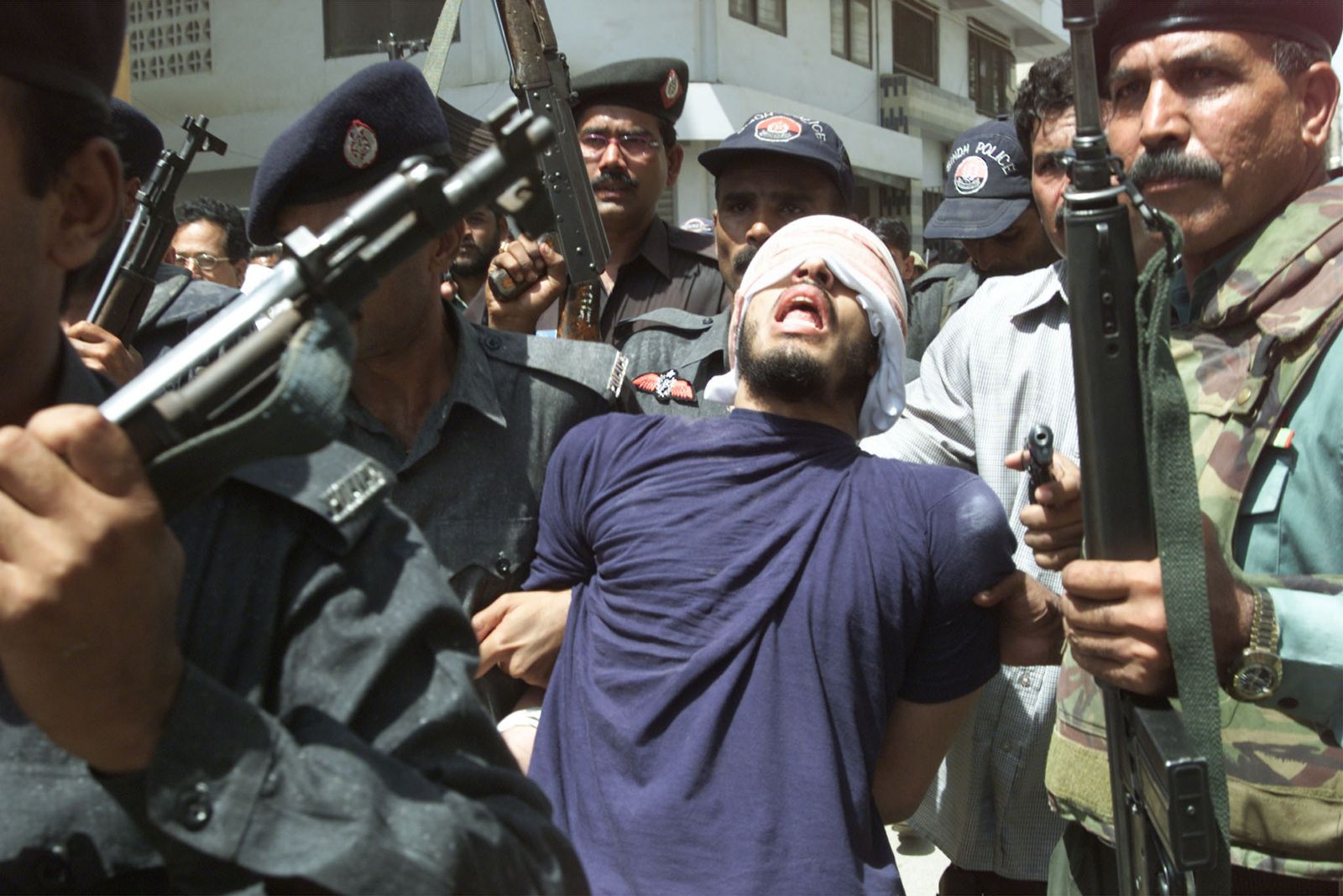 Ramzi Binalshibh was arrested in Pakistan in 2002 and will now face trial in New York.