The man who came into the Cologne citizen registry office in early summer 2009 was in a hurry. He introduced himself as Michael Bodenheimer and requested a national identity card and a German passport.

He was an Israeli citizen, he explained -- he had moved to Germany in mid-June. He offered proof in form of an Israeli passport that had been issued in Tel Aviv in November 2008. As proof of his eligibility for German citizenship, he provided the marriage certificate of his parents, who had fled Germany to escape the Nazis. According to the Article 116 of the German constitution, "former citizens of Germany, and their descendants, are entitled to German citizenship." 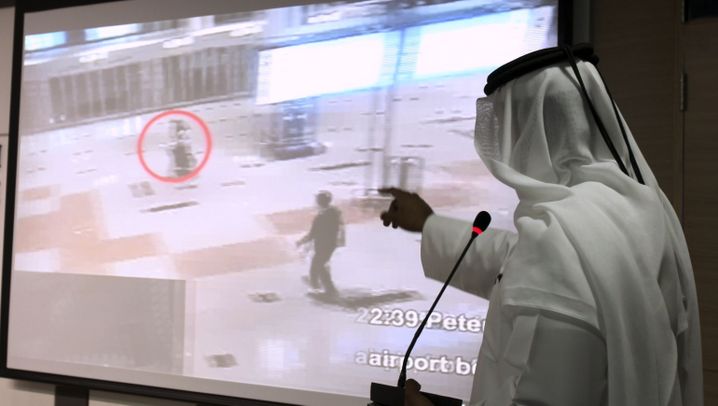 On June 18, 2009, the man picked up his passport and national identity card. Eight months later, police in Dubai identified Michael Bodenheimer as one of the alleged killers of Hamas weapons dealer Mahmoud al-Mabhouh. The man had used the German passport he procured in Cologne to enter the United Arab Emirates.

The Cologne prosecutor's office initiated proceedings alleging document falsification. The Federal Prosecutor's Office is currently pondering taking over the case because of the involvement of foreign agent activity. Because all investigations thusfar indicate that the Israeli foreign intelligence agency, the Mossad, is behind the hit, the Israeli ambassador, Emmanuel Nachshon, was invited to the Foreign Ministry in Berlin last Thursday. The German government's Middle East envoy, Andreas Michaelis, asked Nachshon for an explanation -- but so far the Israelis have yet to offer a convincing answer.

SPIEGEL reviewed the information Michael Bodenheimer submitted -- and made a surprising discovery.

When he applied for his passport in Cologne last year, Bodenheimer declared an apartment in Cologne, on Eigelstein Strasse, as his new address. This is in one of the city's poorer districts, a place where tenants are constantly moving in and out -- perfect if one wants to go unnoticed. His name isn't on any of the building's postboxes and the pizza chef downstairs shrugs, he knows no one of that name. In all probability Michael Bodenheimer never lived here.

Bodenheimer declared in Cologne that he was born on July 15, 1967 in the Israeli village of Liman. That's in the north of Israel, just a few kilometers from the border with Lebanon. Liman is the English pronunciation of the German surname Lehman -- the village was founded by former Israeli soliders in 1949 and named after US Senator Herbert H. Lehman (a relative of the brothers who founded the infamous US bank).

About 60 families live here. It's Thursday evening, and retiree Baruch van Tijn is on his way home from a meeting at the town hall. "I was born here," van Tijn says, "but I've never heard the name Bodenheimer." No, and he's never heard of anyone around 40 who left the village for Germany. Van Tijn uses his cellphone to call his brother and a neighbor, but they don't know anything either.

It's a new day in Herzliya, the Mediterranean city just a few kilometers north of Tel Aviv that is home to diplomats and the wealthy. The address Bodenheimer gave as his last place of residence before leaving for Germany is Yad Harutzim Street No. 7, in the business district of Herzliya. It's a modern four-story building. A high-end kitchenware shop is on the ground floor.

The Sabbath has already started, but lights still shine from a few of the building's windows. A blue board hangs by the building's reception desk. 19 firms are listed here, including one Michael Budenheimer (the letters u and o are identical in Hebrew). The security guard says he doesn't know anyone by that name; the firm that rented out the fourth floor moved out six months ago. "They change all the time," he says. On top of the board is the name "Top Office."

On the Internet, "Top Office" offers all kinds of office services, including "virtual offices:" "Put your firm's name on the door!" the Web site says. In under 24 hours, a company can be registered, the secretaries can start answering calls and the reception desk can receive visitors and packages.

When SPIEGEL called Top Office, the call was passed to a woman who called herself "Iris."

"Do you know a man or a firm named Michael Budenheimer?"

"You don't want to know for sure?"

"Because his name is connected with the incident in Dubai, and a man with the same name gave your address in Herzliya as his last place of residence."

"We moved out six months ago."

"Are you going to set up an investigation?"

"Thanks for your call. Good luck. Goodbye."

Two days later, the name Michael Budenheimer and Top Office have been removed from the board in the lobby of the building in Herzliya. The guard won't say who took them off, or why.

There's a lot of evidence to suggest that the Mossad established a fake address at No. 7 Yad Harutzim Street, just a kilometers from their headquarters. The agency must have counted on the fact that the citizen registry office in Cologne would have someone from the German Embassy check Bodenheimer's background. A nameplate at a firm that rents office space would be a perfect cover. Whoever put Bodenheimer's name on the board must have simply forgotten to take it down. The fact that it was taken down in the middle of the night, as though by magic, doesn't make the Mossad any less suspicious. Sometimes little things like this poke holes in an otherwise perfect operation.

And sometimes these little things have far-reaching consequences. Whichever prosecutor takes the case up in Germany will make inquiries in Tel Aviv. One of their questions will be who this Michael Bodenheimer is -- this man whose trail leads from Cologne to the Middle East.

In the diplomatic arena, things have become tense. The Israeli Foreign Minister Avigdor Lieberman, headed to Brussels on Monday to meet with EU foreign ministers. Last week he made a curt statement: "We're confirming nothing and denying nothing."

After the latest revelations, this may not be enough to satisfy his EU colleagues.